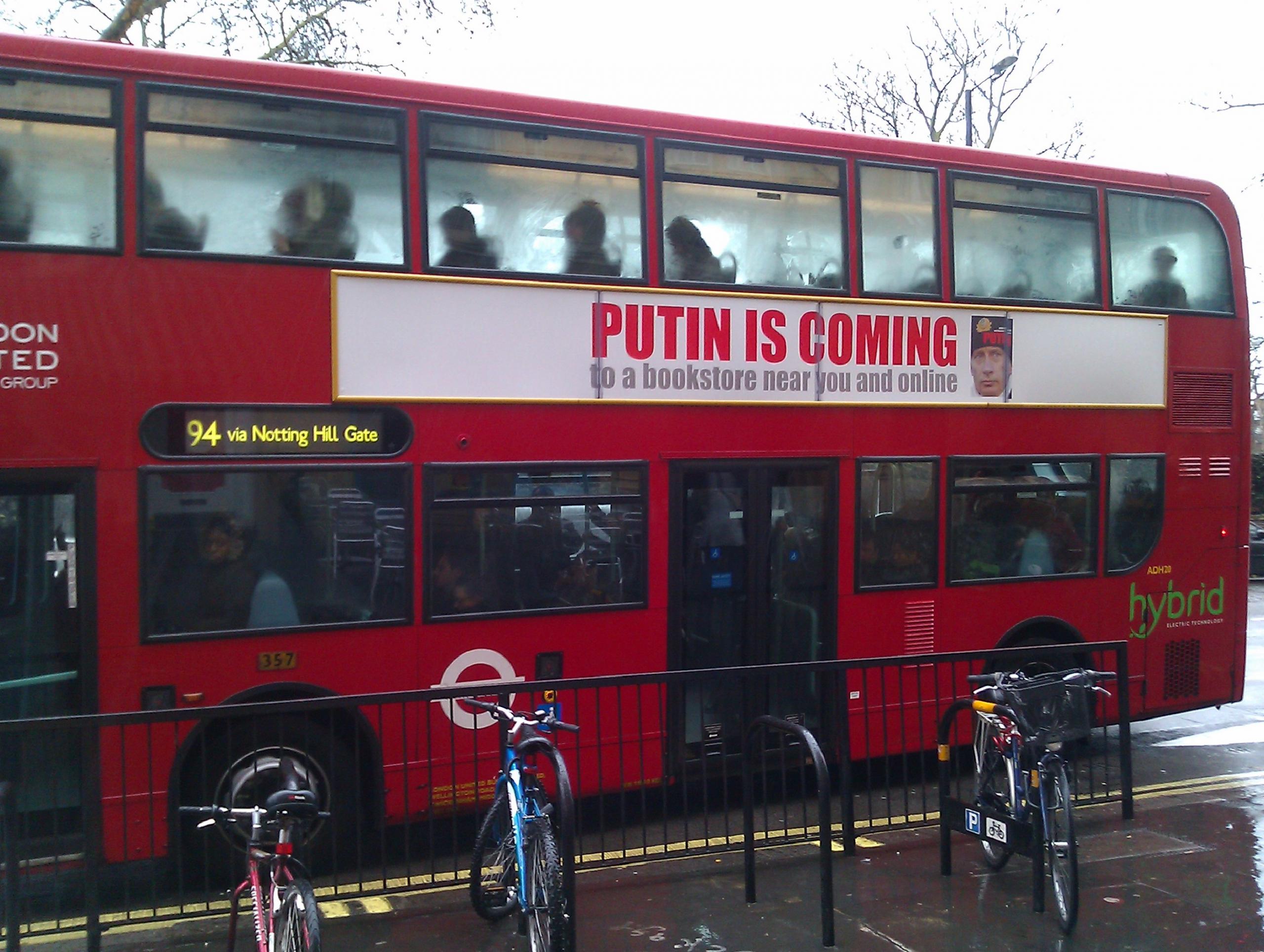 That’s a lot of power to grant to a single country. Is it really true?

To sceptics, its just anti-Communism in disguise: Russophobia repurposed for the era of populism, aimed at taking down neoliberal Western elites who see no purpose in not working with bare-chested homophobes like Vladimir Putin.

Indeed, the belief is so widespread, particularly in the United States, that everything from Jeremy Corbyn’s good fortunes to the rise of Italy’s Lega Nord is attributed to Russian meddling in Western politics.

It’s not without some reason. Moscow remains locked in several conflicts with NATO, the EU and the United States in Eastern Europe and the Middle East. And the outcome of the 2016 US elections shows signs of Russian influence.

But evidence of direct collusion between Trump and the Kremlin has been harder to establish, though the same may not be said of some of the people around him. Ties to Britain’s Labour Party, in comparison, are laughable.

Nonetheless, UK news has been awash with stories about Russian influence for more than two years now. Many people are wondering if there was a covert Russian hand in the Brexit vote and, if so, what exactly should be done about it.

The failed assassination attempt on Sergei Skripal, in March 2018, raised the stakes. Poisoned with Novichok, a Soviet-era nerve agent, the plot against the former GRU officer, on British territory, did little to dampen concerns about Kremlin espionage in the United Kingdom. It corresponded neatly with events unfolding in national politics.

Enter the saga of Arron Banks. One of the major Leave campaign backers, Banks has been accused of breaking UK electoral laws and holding court with Russian officials and even taking money from the Russian elite. These allegations were doubly significant because Banks was once the chief financier of the hard-right UK Independence Party (UKIP).

There are precedents for this elsewhere in Europe. Since Vladimir Putin’s third term began in 2012, the Russian president has pursued a cultural nationalist strategy to buttress a stagnant economy. It wasn’t long before this strategy was exported to Ukraine after the Euromaidan uprising and the 2014 coup d’état.

Following the Ukrainian crisis, the Russian government faced greater opposition from the US and European countries than at any time since the end of the Cold War. In response, Putin gave his backing to far-right groups like France’s National Front (now, National Rally). He may well have seen an opportunity in Brexit to drive a wedge through the European project.

How successful this was is not immediately obvious. If Putin wanted Trump to win in 2016, the US has hardly changed its posture on Ukraine. The anti-missile treaties are looking shaky, but the US sanctions are still in place. Likewise, the UK is far away from taking a different line on any of the security issues most important to the Russian government.

NATO is here to stay regardless of Brexit. In other words, these attempts to shake the West to its foundations might not be as successful as many assume. This might reflect the complex character of Russian influence itself and how it seeks to further Moscow’s interests.

It’s not that long ago that billionaires like Roman Abramovich rocked up to the UK to make a killing with investment vehicles and buy up status symbols like Chelsea Football Club. Some even began to call the British capital ‘Londongrad’ to reflect this trend.

Abramovich is a close friend of the Russian leader. Some say he was one of the first to recommend Putin to succeed Boris Yeltsin. However, the loyalties of Russian expats, rich and poor are not simple to pin down.

The Russian expat community in Britain is complex enough to include former spies like the aforementioned Skripal and Alexander Litvinenko, as well as Putin loyalists such as Alexander Nekrassov. The Lebedev family — who owns The Independent and the Evening Standard — are reportedly closer to Mikhail Gorbachev and other liberal figures.

There are close ties between the Russian elite and the British upper-class. Elites have much in common, and this shouldn’t surprise anyone. The aluminium magnate Oleg Deripaska got a name for himself in the British press by courting the British political class on a super-yacht in the Mediterranean.

It was a bipartisan affair. New Labour’s Peter Mandelson and liberal Tory George Osborne (who also serves as the editor the Evening Standard) were both in attendance. Both parties have a track record for courting Russian investment and warm relations with the Putin government until it became politically embarrassing.

Another interesting case is that of Vladimir Yakunin, who Washington claims is a “close confidant” of the Russian president and is at the top of its US Treasury Department’s list of sanctioned Kremlin officials and associates. Yakunin is the head of the Dialogue of Civilizations Research Institute and was the chief of Russian Railways until 2015 when he apparently fell out of favour with Putin, over his son Andrey obtaining British citizenship.

The Dialogue of Civilizations may sound innocuous, but Yakunin hasn’t been shy of inviting EU populist leaders such as Hungarian leader Viktor Orbán to speak at the institute’s 2016 Rhodes Forum (Orbán cancelled.) It’s no surprise that Yakunin’s institute is repeatedly alleged in the press to be an academic tool for promoting Putin’s political ideas in the West.

To that end, Andrey Yakunin made it clear he saw Brexit as a financial opportunity. His Luxembourg-based investment fund has an estimated £200 million in assets. He told the Financial Times in 2018: “If in this situation some opportunities might open up which might not have necessarily been there last year, we will be very quick to move after them.”

Meanwhile, Abramovich has had visa troubles over Brexit and Deripaska has opted for a Cypriot passport. It’s almost as if the Russian oligarchy isn’t any more unified or monolithic than any elite in any other country.

The UK became a focal point for a vast amount of Russian money over the last 20 years, much of it invested in London real estate. The City is attractive for the international business class because of the light-touch regulatory regime and proximity to low tax, high secrecy jurisdictions like Jersey.

So it may not be very surprising that the oligarchs came to the UK after the Yeltsin years of economic ‘shock therapy’. Britain became a safe haven for figures like Boris Berezovsky, who fell out of favour with Putin’s Kremlin and tried to reinvent himself as a ‘dissident’.

“We created a market in Russia,” Berezovsky told the BBC when he first came to Britain. “Under communism, cars were not sold, they were distributed. We realised that the first wish people had was for a car, and we fulfilled that wish.”

During the rise of the oligarchs, poverty in Russia exploded from 2 million people at the fall of the Soviet Union to more than 74 million in 2000. The Yeltsin era saw entire state industries sold-off for less than 2% of their value, while $2 billion a month was being wired out of the country.

Even Russia’s flat tax regime was not enough to prevent capital flight. The preference was always to wash dirty money through the morality carwash of European tax havens: places like Cyprus, the Netherlands and Luxembourg. But often the route ends in what some people call ‘Global Britain’.

An estimated $800 billion in Russian wealth is held offshore, including more than $87 billion stashed in the British Virgin Islands, the Caymans, Jersey and Gibraltar over the last decade. Each of these tax havens is a UK territory, yet the official estimate of Russian financial assets in the UK is $3.5 billion.

If banking secrecy is the cornerstone of Swiss finance, the trust is the foundation of British financial services. The use of a commercial or individual trust can conceal the true ownership of vast amounts of assets in a zero-tax location. These entities are useful vehicles for laundering dirty money.

Some Russian oligarchs prefer to keep an open relationship with the authorities in their home country, while others choose to stay aloof from power. The heightened tensions between Russia and the West have only pressed the super-rich to choose a side. The state of play is still very much in motion.

Four days before Mussolini’s ghost came back, a friend and I raced through the high-walled alleys of Venice in dazzling afternoon sunshine. END_OF_DOCUMENT_TOKEN_TO_BE_REPLACED

Above the entrance of Bracken House, sits the face of Winston Churchill, set in a gold sunburst on an astrological clock. END_OF_DOCUMENT_TOKEN_TO_BE_REPLACED