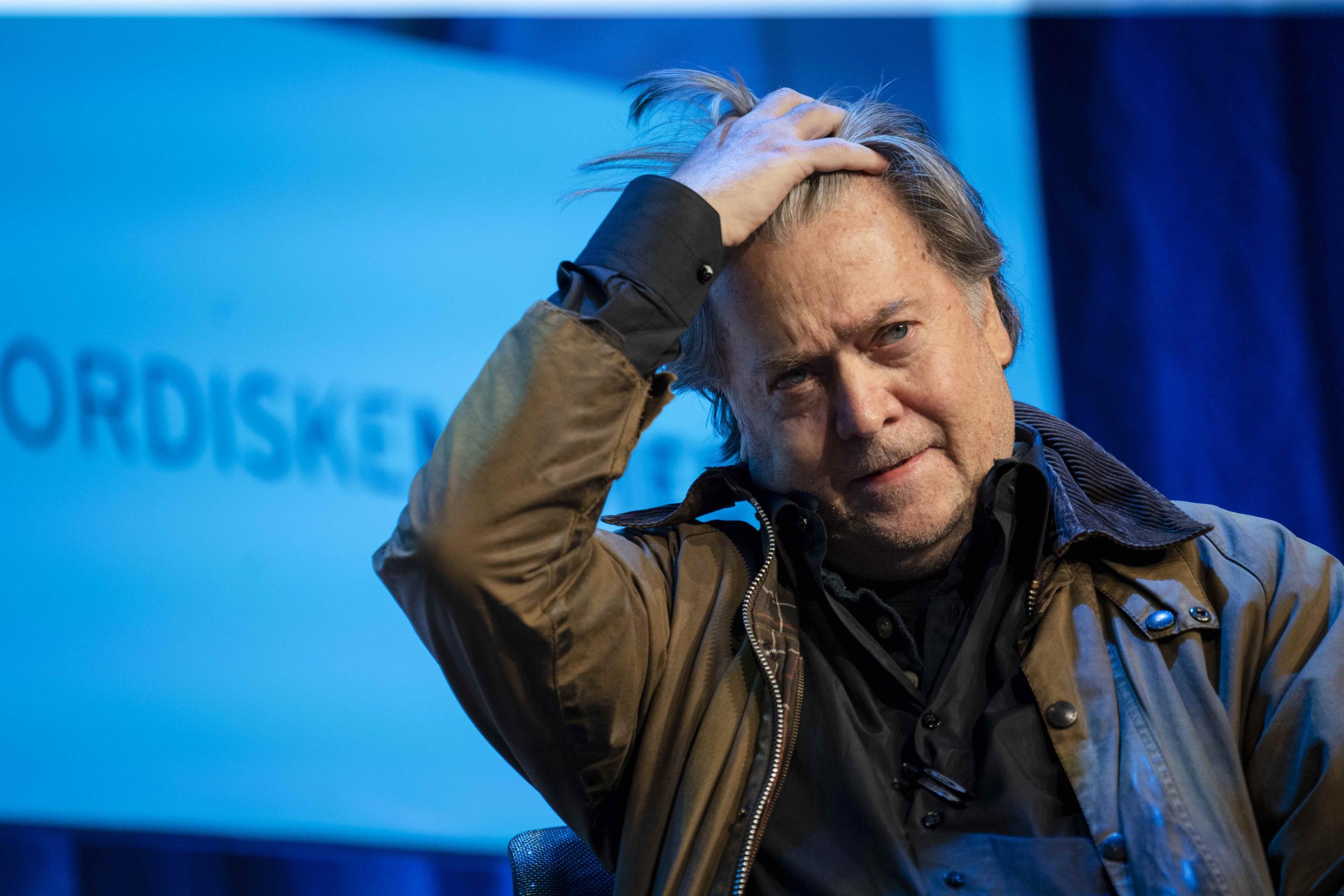 Bad guys are the new normal, it seems.

Sacked eight months into office, Bannon has since taken it upon himself to unite Europe’s far-right, intending to replace centrist with populist parties.

Brexit is another behemoth, a mythical beast that stalks the British Isles but cannot quite be caught or tamed. It’s tantamount to a religion, whose most ardent supporters claim if only we believed enough we would back it too.

And then there is Brussels, an apparently monstrous machine that swallows countries. If only we could unshackle the chains that keep us tethered to it we could find a way back to the future.

And then there is reality.

But what if the fears and seeds of division we see today were sown long before, hidden underground, germinating and taking root, waiting for the right conditions to spring into life?

In the 1990s, after witnessing first hand the break up of the Soviet Union, I worked in Moscow advising companies eager to enter the Russian market. After the failure of the state system, the Yeltsin government was anxious to make a swift transition to a market-based economy.

The Kremlin invited advisers from the US government, the IMF, the EU, banks and consultancies. There was a thirst for change and a growing reverence for free-market capitalism.

I first heard the names Heritage Foundation and Cato Institute mentioned by burgeoning Russian think tanks. Change was coming fast and bringing with it the harbingers of free-market economics.

In 1999, after the Russian economy crashed, I moved back to London. I discovered that US companies and consultancies were actively lobbying the EU to prevent regulations that would tighten up control of their markets. The UK was the natural ally and base for their activities.

There was nothing untoward about that. The UK-US special relationship was still evident, and every country and company has the right to defend its interests so long as it operates within the law.

In 2001, the 9/11 tragedy drew the US and UK closer together and, led by the UK government, ushered in emergency EU legislation to combat terrorism: the European Arrest Warrant, greater government access to and retention of electronic data, blacklisting of terrorist organisations and so on.

Just as Tony Blair was getting up close and personal to George W. Bush, UK and US politicians, officials, companies and consultancies were doing the same. In my case, that meant advising US lobbying firms and their clients on the evolving European regulatory landscape.

I quickly learned that they found it hard to figure out who held the power amongst the EU member states and how to influence it. But I also learned how powerful people in Washington’s infamous K Street were used to pulling the strings of government and wanted to do the same in Europe.

The right to bear arms — and be run by militias

In 2004, as the EU enlarged to take in ten Baltic, Central and Eastern European member states, I moved to Brussels. I was soon invited to a conference hosted by academics from the university in Vilnius, Lithuania, where I was told free market/libertarian groups in Europe would be assembling.

It was a libertarian fest and a concerted effort to rally the new member state to the cause.

One after the other, speakers from the Heritage Foundation, Cato Institute, even General Pinochet’s pensions privatisation minister, and I strongly suspect a card-carrying, eye-patch wearing member of the NRA, stood up to decry the European Union and call for its destruction. I remember thinking they were wasting their breath.

But I was disturbed by the dystopian view of the most fervent among them, who argued for insurance companies to replace governments, militias to ensure law and order, and everyone to have the right to carry weapons.

I left the meeting feeling nauseous.

Back in Brussels, I noticed the same US think tanks and free-market groups appearing more and more at conferences and events.

I observed the technique of funding think tanks to write research papers and hire supposedly independent academics to argue in favour of pseudo-science, and “astroturfing” attempts to create a network of supposedly grassroots groups to support free market causes across Europe.

At the time, I thought it was a dubious and probably ineffective way to influence EU policy. It seemed destined to fail because Europe is not America.

Over there — and now over here

Fast forward ten years to when the idea of leaving the EU began to pick up steam and led to the EU Referendum in the UK. I was surprised to discover a UK arm of the so-called Tax Payers Alliance, the Institute of Economic Affairs and other organisations supported by US free-market advocates, and their Conservative counterparts, behind many of the leaver arguments.

In hindsight, I should not have been. A UK market free of EU regulation to protect workers, the environment, food standards, consumers and the NHS is a lucrative prize.

Although there has been recent scrutiny of these organisations and their refusal to reveal who funds them, such as by broadcaster James O’Brien, unfortunately, the damage is done. They have been given regular platforms on the BBC and in the press to promote their agendas and more are on their way.

Witness the most recent US far-right import — Turning Point UK — launched on social media to target the young, linked to Nigel Farage and promoted by Brexit supporting Conservatives.

So what do we learn from all this?

That the real bogeymen are right here amongst us, hiding in plain sight. Pretending to represent ‘the people’ against ‘the establishment’ whilst working to further the cause of vested interests.

It’s time to call them out and take them on.

Not with weapons, but with words. With passionate arguments that demonstrate why democratic, accountable government is a good thing; that the free market does not resolve inequality, but increases it; and that the European social model is based on the human dignity and rights of every member of society and is worth fighting for.

Brexit will turn three on the last day of January, over six years since the 2016 referendum kickstarted Britain’s race to the bottom. END_OF_DOCUMENT_TOKEN_TO_BE_REPLACED

Be careful what you wish for. It may be a cliché, but it’s one the Greens are learning all over again. END_OF_DOCUMENT_TOKEN_TO_BE_REPLACED

Before his arrest, Andrew Tate was just another influencer with bad politics. END_OF_DOCUMENT_TOKEN_TO_BE_REPLACED