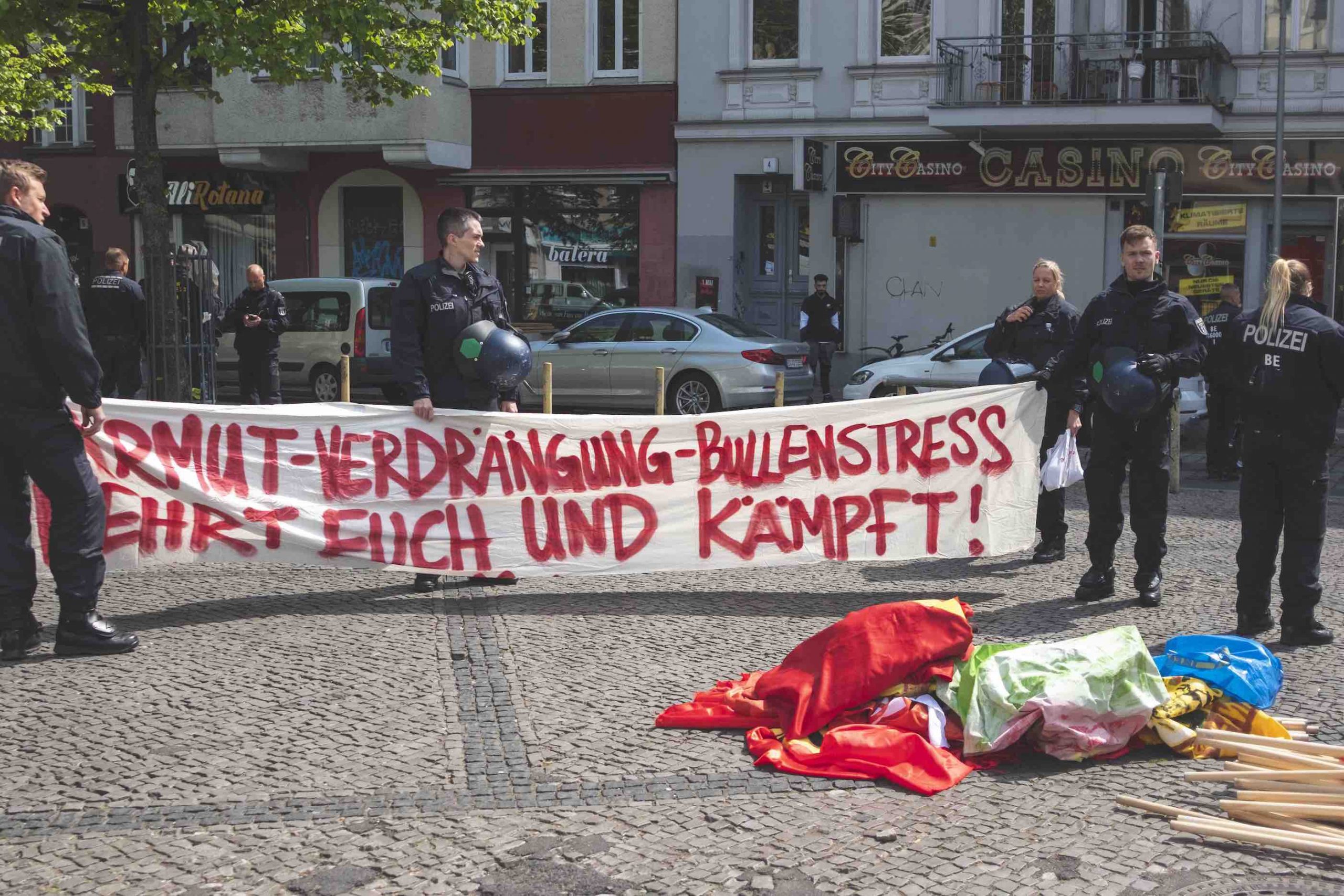 But populism wouldn’t be an issue if it weren’t for the prospect that fascism might be on the cusp of making one of the unlikelier comebacks in the history of world politics, given its relatively recent associations with Hitler’s body count.

For the left, the question is, as it has been since the mid-1920s, how to stem the resistless tide of fascism.

After 1945, the question seemed to be moot. The crimes of Nazism seemed to have created an indelible connection between fascism and barbarism, even in the face of the even more lethal regimes run by Stalin and Mao.

If nothing else, human history has demonstrated that no idea is so bankrupt, so bereft of content, or so sullied with the blood of innocents that it cannot be made to serve the interests of capital.

And so, fascism is getting another bite at the apple.

Absent any other considerations, this would have lent intrinsic interest to the recent collection of essays published by Natasha Lennard under the title, Being Numerous: Essays on Non-Fascist Life.

Lennard, a former Occupy activist, is probably best known (at least to those outside the New York anarchist scene) as a thorough and insightful journalist publishing mostly in The Intercept.

Both as activist and journalist, Lennard has been in a position to see the rise of fascistic tendencies up close and thus has as valid a claim to know what to do about it as anyone writing on the left these days.

In a book, the stated goal of which is “non-fascist life”, the question as to what fascism actually is must be central.

This is, of course, a fraught topic. There is a certain very basic sense in which people feel that they know it when they see it, even if they cannot provide a precise definition of what it is.

The power of the everyday belief that one knows what fascism is can be seen in the recent debates over the use of the term “concentration camps” (by Alexandria Ocasio-Cortez and others) to describe what is currently going on at the southern border of the United States.

To the average American, fascism and Nazism are synonymous (to the extent that fascism is even recognised as a thing). Nazism is jackboots and uniforms, and swastika armbands and Hitler barking incomprehensively.

Most importantly, Nazism is the train tracks leading to the selection ramp at Birkenau picture under bleak, overcast skies.

There is an important sense in which Nazism is the Holocaust is what might, with a bit of exaggeration, be called American historical consciousness. This is structured by a conceptual chain the takes the form fascism-Nazism-Holocaust-gas chambers, which in practice gets factored down to its two outer terms.

And thus we get the common view, expressed implicitly by Bill Maher recently, that if Treblinka isn’t being rebuilt outside of El Paso then fascism isn’t really on the horizon.

But even for those who take the question of fascism and its origins seriously, and Lennard certainly does, it remains a difficult concept to come to terms with. This is due in no small part to the lack of consensus among professional historians.

Some, like Roger Griffin, approach it with the tools of social science, looking for a feature or set of features common to (and thus definitive of) all instances of fascism.

In Griffin’s case, this common feature is what he calls “palingenetic ultranationalism” with the former term indicating the goal of creating a new order that sweeps away the decadent, poisonous order that went before.

Griffin makes a powerful case for this approach, but there are certainly others. Zeev Sternhell characterised fascism as a reaction against modernity, one which tries to both sweep away the modern and to retain the benefits of progress and modernism (a duality that led Geoffrey Herf to characterise it as “reactionary modernism’).

By contrast, Marxists have tended to see fascism in more economic and institutional terms. On this account, fascism is a form or mode of capitalism resulting from the inability of the system to police itself internally using the institutions of liberal democracy.

Lennard employs yet another approach, basing her account unapologetically on the work of Wilhelm Reich. In his 1933 text The Mass Psychology of Fascism, Reich linked the attractions of fascism to the frustrated mentality of the “little man.”

This takes the definition into the territory of modern theorists of populism (such as Cas Mudde) as well as those analysts of fascism such as John Lukacs (and more loosely Umberto Eco) who view populism as an element of fascism.

Lennard is more interested in another tack. She quotes Reich’s claim that “there is today not a single individual who does not have the elements of fascist feeling and thinking in his structure”.

On this view, fascism is a dialectic between the repressive institutions of society and the cop inside one’s head inspiring a “perverted desire for fascism” even in those whose outlook is explicitly anti-fascist.

There is much to be said for this view, and Lennard adduces the analyses of micro-fascism found in the work of Deleuze and Guattari quite appositely in its support.

The question then seems to be, and is explicitly suggested in Lennart’s title, how is it that we go about living a life not controlled by this perverted and, to a great extent, subconscious desire?

But another question also presents itself. Why is it that we are calling this fascism at all?

Lennart’s answer to the former is complex and only addressed obliquely. But she provides an extensive and well-grounded defence of Nazi-punching, and of the sorts of political processes that involve elements of violence and property damage.

The argument most often made by liberals against punching the likes of white nationalists such as Richard Spencer is that one ought not to use violence to suppress ideas. This, as Lennard points out, systematically ignores the violence implicit in the words and actions of the far right.

Similarly, when those employing black bloc tactics smash a few windows, they are pilloried by liberals on the premise that they are crossing some sort of line, rather than simply recognising the violence implicit and explicit in liberal capitalism.

Several of Lennard’s other essays examine the ways that the carceral state compels compliance with racial, class, and gender norms.

Lennard has extensively covered anti-capitalist protests and the Black Lives Matter movement and she brings these experiences to bear effectively in illustrating the asymmetric warfare undertaken by the state in defence of decidedly white privilege.

Still, it is not easy to see how this adds up to non-fascist, as opposed to anti-fascist life. This is not exactly a criticism since anti-fascism is such a priority. But it does leave one wondering about what is to be done about the little fascist inside us.

One of the places which this question is a bit more directly addressed is in an essay in which Lennard critically analyses questions of sex.

In an effective use of her personal history, Lennard illustrates the propensity of those fighting against the confines of middle-class sex and gender roles to fetishise their opposite.

This is, in an odd way, like the black and death metal scenes whose embrace of Satanism amounts to, “We’re against whatever the Christians are for.”

For Lennard, the crucial point is to recognise how one’s desires are conditioned and constructed. Desire is never obligatory, no matter how transgressive it might be.

While this essay provides much food for thought, it is still unclear how we’re supposed to rejig the structures in our heads, especially given that social norms, including those that police race and gender, are geared to reproducing precisely this sort of feeling.

In any case, this leaves the matter of the second question. Why should we call what Reich described fascism?

Viewed conceptually, this account seems to have a great deal in common with Cas Mudde’s idea of populism, as well as with Ernesto Laclau’s competing view. Both see populism in terms of the revolt of the “people” against the “elites, even though they differ significantly on the nature of this struggle.

Lennard quotes Foucault from his introduction to Anti-Oedipus, where he writes, “The strategic adversary is fascism… the fascism in us all, in our heads and in our everyday behaviour, the fascism that causes us to love power, to desire the very thing that dominates and exploits us.”

This, once again, seems to point to the idea that fascism is a variety of populism. Would it not be better to refer to it as such?

Though one might wish to adopt a deflationary approach to the use of this term, in this particular case it seems reasonable to employ fascism.

For good or ill, it simply has more conceptual bite than populism, conveying the urgency of our current situation in a way that no other term could.

Also, it is worth noting that there is every likelihood that this is the direction in which things are going. It may simply be the case that Lennard has jumped the gun, and perhaps not by that much.

If one does not find that her answers to the question implicit in her title are entirely satisfying, they nonetheless provide a compelling basis for thinking about the ways that society polices us and the ways that we police ourselves.

The Russian government is awarding prizes to Macedonian writers. END_OF_DOCUMENT_TOKEN_TO_BE_REPLACED

The 1970s was a decade of broken dreams. The end of the postwar boom brought to a close the era of middle-class liberalism in Europe and North America. END_OF_DOCUMENT_TOKEN_TO_BE_REPLACED