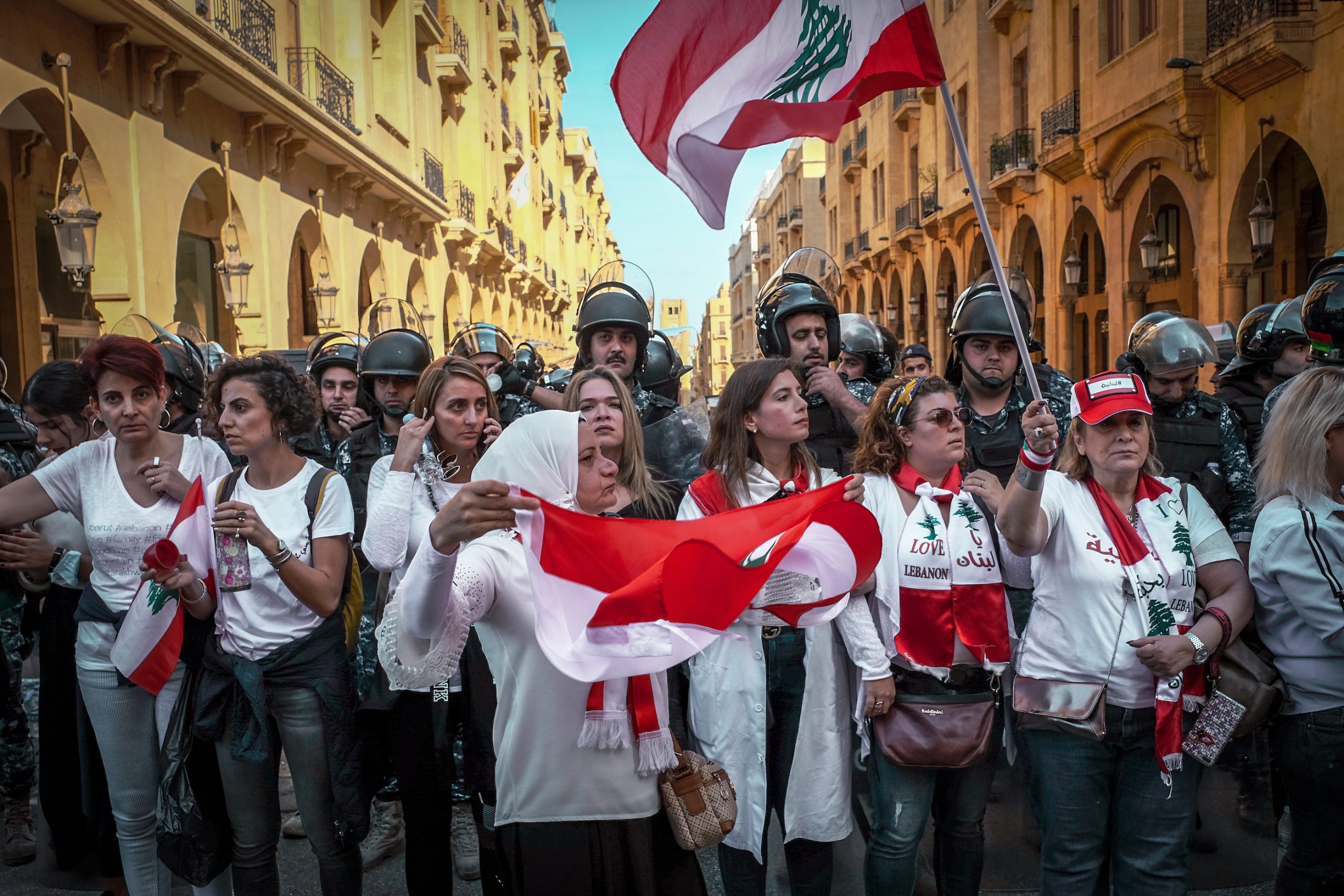 Taking an artistic approach to protest is as old as the hills. But, it’s largely alien to foreign consumers of Middle East news, unfamiliar with the nuances of regional street politics. Despite heavy media coverage of the Arab Spring, demonstrations in the region are still thought of as American flag-burning ceremonies, in the spirit of Iran’s 1979 Islamic Revolution.

The riposte, of course, is field recordings like those of journalist Preethi Nallu, in this article. The scene from Beirut which she captures could just as well have been in Berlin or Berkeley. Indeed, the world is a lot smaller these days. As we discover through documentary work like this, the Middle East is more familiar than we imagine it to be.

Nallu’s recording is the perfect glaze for a minimal techno beat. I only say that because I’m a producer and I tried it.  The metallic sound cuts through.  The ensemble of percussion takes the listener to another time and place. It speaks to an age-old untruth, that the ruling class depend on common people, who aren’t intelligent enough to rebel like this.

Footsteps lead us through the acoustical space of what seems to be an enclosed pathway made of stone, surrounded by buildings on both sides. Metal objects bring about a martial element to it, a good example being industrial music and the use of garbage cans in bands like Einstürzende Neubauten.

They bring to mind the Do-it-Yourself hacking of kitchens pots and pans for amazing instruments that take precision to play in Yemen and Sudan. This same improvised sound has also been used in Brooklyn to welcome home health workers returning after long nights at hospitals overloaded by the Coronavirus pandemic.

A crowd of voices protesting in unison cannot be identified, while a single voice can be traced to a specific individual, so the composition, as it were, is covert and aggressive. The percussionists are rehearsing covering for each other, as though in real life. The music is testimony to that, in code.

Intentionally or not, the sound of pots and pans suddenly turns into an organised composition played by normal, everyday people, not a hippie drum circle, for whom this is an exercise in achieving a different state of consciousness.

Hence the ordinariness of the instruments being used. It’s a class metaphor, as much as it is musical improvisation, using everyday objects. What’s normally used to boil and fry is repurposed to change the political agenda, through sound.

The best thing about the performance is the sense of agency it ascribes to the would-be orchestra. It can create music anytime it pleases, using anything at its disposal. And it can just as well stop, when it wants, too.

That’s the idea being communicated. It’s not hard to suss out what that means, particularly in countries coming apart at the seams, like Lebanon.

Walter Ruttmann’s 1927 film Berlin: Symphony of a Metropolis is strangely suited for these times, when traditional moviegoing is in perilous decline, providing a way to disentangle the art of cinema from that mode of consumption. END_OF_DOCUMENT_TOKEN_TO_BE_REPLACED

That the first song on Soulside’s new LP ends with a sample from a 1952 American civil defence film Duck and Cover, about a nuclear apocalypse, says it all. END_OF_DOCUMENT_TOKEN_TO_BE_REPLACED

Based on the flurry of academic titles about it over the last decade, punk has become as common to college curriculums as it is to the Top 40. Why this took so long is baffling. END_OF_DOCUMENT_TOKEN_TO_BE_REPLACED