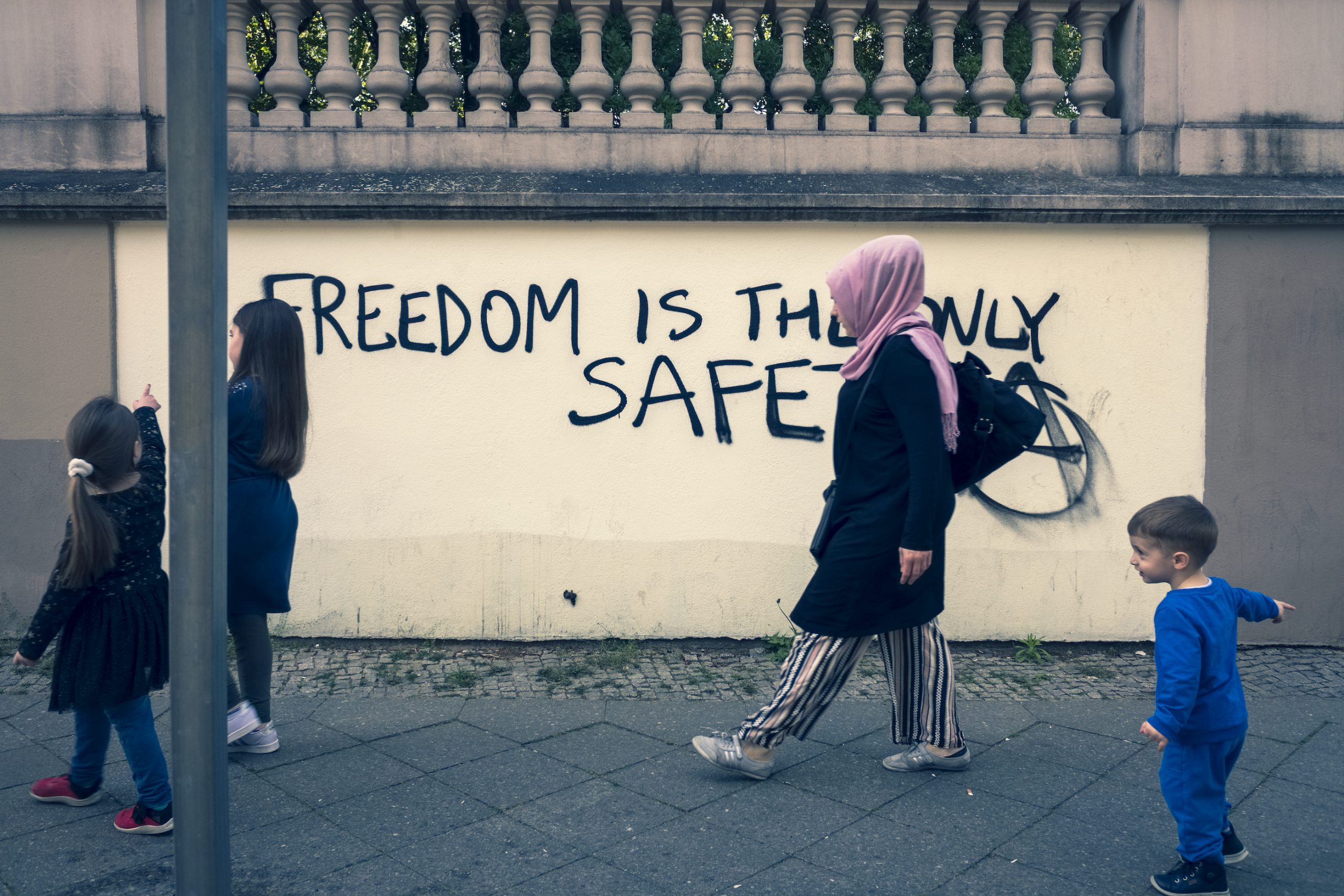 The enduring images of actually existing socialism run from bleak brutalist landscapes to Soviet bread lines before continuing on to secret policemen and soldiers goose-stepping on May Day.

The façade collapsed at the end of the 1980s. But the dreams of a more just society had died long before.

Since then, the left has suffered from a persistent inability to offer an ideal capable of drawing mass assent (to say nothing of active support).

Another commonly offered narrative is that the appeal of national populism does just the opposite. The concrete successes of the far-right in Europe have often been exaggerated.

Still, the rise to power of anti-democratic parties in Hungary and Poland, as well as the higher profile of the far-right in France, Italy, and the United Kingdom raises the question why such politics are so attractive.

Two overarching explanations shape the answer to that question. The first is the history of European communism and its demise.

Soviet and Eastern European governments were given a free hand, so the story goes, to reorganise societies in the decades after the Second World War. What followed was repression and misery, whether due to bungling or excess idealism, or both.

Of course, the history of the far-right in power in the 20th century could hardly be expected to inspire confidence, at least on its face.

The horrors of National Socialism and the complicity of numerous states with its genocidal project justly excluded right-wing extremists from mass politics in Europe during the Cold War.

The absence of the radicals from the scene functioned, to a certain extent, to make hearts grow fonder while looking back on the pre-Cold War era.

And, of course, memories of atrocities fade. Holocaust survivors are invisible, having mostly died off, in Israel and the United States. Generations born after the events are anxious to move on from a tragic past in which they played no part.

The politics themselves have all too often been trivialised, so that the term “fascist,” however immoral it may have once been, has been almost completely evacuated of meaning, and thus also the capacity to generate alarm.

The left is in the position of offering positive utopias, visions of the ways that society might be reformed or recreated to achieve a more just, humane, or more survivable order.

The right, by contrast, can offer negative utopias: images of how existing or formerly existing goods derived from the present could be improved or regenerated if only some obstacles were cleared.

These impediments might be any number of things but tend to centre on restoring national sovereignty and limiting immigration. In any case, in practice, it is an easier case to make.

Brexit is the more moderate end of this dynamic. The success of UKIP and its ability to colonise the Tories was based on its ability to construct a fictional connection linking deindustrialization, immigration, and EU regulation.

In a dynamic typical of national populism, the capacity to redress the grievances of “the people” against “the elite” (the standard binary) was cathected onto a person drawn, in objective terms, from the upper class, but imbued with “popular” consciousness or sympathies.

Thus it was that the champions of Brexit ended up being the former commodities trader and media hack Nigel Farage, the Oxford-educated former investment banker Jacob Rees-Mogg, and the ex-Mayor of London, Boris Johnson.

None of them was the sort who might be found on the terraces of the local football team. Yet, they became the avatars of a revolt in favour of the common man.

This is by no means a novel story. Similar patterns can be seen behind the rise to power of such figures as Silvio Berlusconi and Donald Trump, both of whom had access to large pools of capital while fashioning themselves as defenders of the downtrodden.

They were abetted in doing so by the transformation of parties of the moderate left, from the Democrats in the United States to a range of formerly social democratic parties in Europe, into shameless purveyors of neoliberal solutions to every problem.

Anyone who has had the misfortune of using the London underground will have a clear understanding of the substance of Blairite neoliberalism.

Likewise, in the United States, Hillary Rodham Clinton’s presidential aspirations came to grief in large measure because she offered people made poorer by deindustrialization more of the same neoliberal globalism that they blamed for their problems in the first place.

The strength of the right-wing backlash that this created was such that Trump and his anti-mask supporters could largely ignore the quarter of a million deaths from COVID-19 that took place, in part, as a consequence of US government policy.

Meet the 72 million Americans who voted for Trump at the height of the pandemic. The bodies may have been piling up for everyone in the United States to see. But, the president’s promises to counter the damage of neoliberalism made them invisible.

Further east, the patterns manifest some disturbing similarities to dynamics from the 1930s. This does not portend a return of politics conducted in precisely that key, but the signs are nonetheless disturbing.

In Germany, the decline of the centre-left Sozialdemokratische Partei Deutschlands (SPD), hemorrhaging voters to both the neo-fascist Alternative für Deutschland (AfD), and centre-right Christlich Demokratische Union Deutschlands (CDU), says it all.

Once again, the transformation of the party into the executor of neoliberal social policies since Gerhard Schröder’s tenure (1998-2005), such as the Hartz IV labour market reforms and fifteen years of coalition governments led by the CDU, has blunted the SPD’s connection with its traditional base of support.

Combined with the centre-left party’s repeated reluctance to partner with Die Linke (The Left Party) at the federal level, this had the effect of pushing working and middle-class voters rightwards since the 2008 financial crisis, into the arms of extremists.

Hence, the emergence of the AfD during this period, as well as various far-right organisations such as PEGIDA (Patriotic Europeans Against the Islamization of the Occident), the conspiracy-addled Querdenken 711 (Lateral Thinking), Nordkreuz preppers and identitarianism.

All the aforementioned groups feed on an implied claim that the good old days (whatever those might have been) can be returned if only the threat posed by foreigners and (depending on who is talking) Jews, can be countered and some form of authentic “Germanness” can be recovered.

Hungary has become the paradigm case for just how far down the path of negative utopia a national populist movement can go.

Viktor Orbán’s Fidesz party’s decade in government has allowed it to flirt increasingly with the abandonment of the democratic norms of the European Union.

In part, Orbán’s radicalisation has been driven by the presence of Jobbik on his party’s right flank. While Fidesz is a run of the mill national populist party, Jobbik flirts with post-fascist atavism, and their pressure gives Orbán cover to take ever-more extreme measures.

The decision follows an earlier ruling in May, when the ECJ determined that Hungary had illegally held asylum seekers like prisoners in remote areas on its border with Serbia, without infrastructure, where they could not file asylum requests.

For anyone who has followed Orbán since the ‘00s, none of this will come as a surprise. Best known for being the most mainstream Antisemite in Europe, through his frequent attacks on George Soros for the refugee crisis, Hungary has become the capital of the far-right.

Over the years, the Fidesz government has progressively clamped down on the news media, restricted the rights of workers vis a vis their employers and offered as emoluments policies demonizing foreigners and “internal enemies” such as the LGBT community and Roma.

Such political dynamics mirror in important ways what has gone on in the United States since the 1960s. The notorious Republican “southern strategy” sought to shift the concerns of working- and middle-class whites from issues of economic justice to xenophobic concerns about the rising power of people of colour and excessive permissiveness in social mores.

The long-term consequence of this was the transformation of the Republican Party from a standard elite political grouping to an avatar of national populism. Donald Trump is the apotheosis of this strategy.

The president’s promises to “make America great again” were empty vessels into which people could insert whatever content they saw fit, as long as it jibed with the hegemony of white, suburban Christian men.

As with Britain’s Tories, but even more brazenly, Trump pretended that he was going to bring back a lost golden age when stable industrial employment and single-income households were the norm.

There is no way to create it in the world that exists now. While Donald Trump (and likewise Boris Johnson) might incentivise reshoring certain industries, they can’t make nostalgic lifestyles new again.

Hence, mobilising resentment alongside it, to manage the disappointment. Negative utopias are powerful. It has always been easier to get people to agree on something that they did not like than to build incremental, positive change.

The narrative of socialist decay and the idealised past of the post-war boom remains appealing because they engage a certain kind of imagination. It’s the only way we know how to explain how we got here.

The problem is that it never amounted to full employment and social security after the Soviet Union was defeated. As long as Europe’s social democratic parties continue to offer neoliberalism as the answer, they’ll only reinforce resentment of the situation.

Therefore, negative utopia. If politics does nothing to meet people’s needs, populism will be the only game in town.

Foucault once suggested that Clausewitz’s famous observation, “war is not merely a political act but a real political instrument” carried out by other means, be reversed, with politics made an extension of war. END_OF_DOCUMENT_TOKEN_TO_BE_REPLACED

Brexit will turn three on the last day of January, over six years since the 2016 referendum kickstarted Britain’s race to the bottom. END_OF_DOCUMENT_TOKEN_TO_BE_REPLACED

Be careful what you wish for. It may be a cliché, but it’s one the Greens are learning all over again. END_OF_DOCUMENT_TOKEN_TO_BE_REPLACED