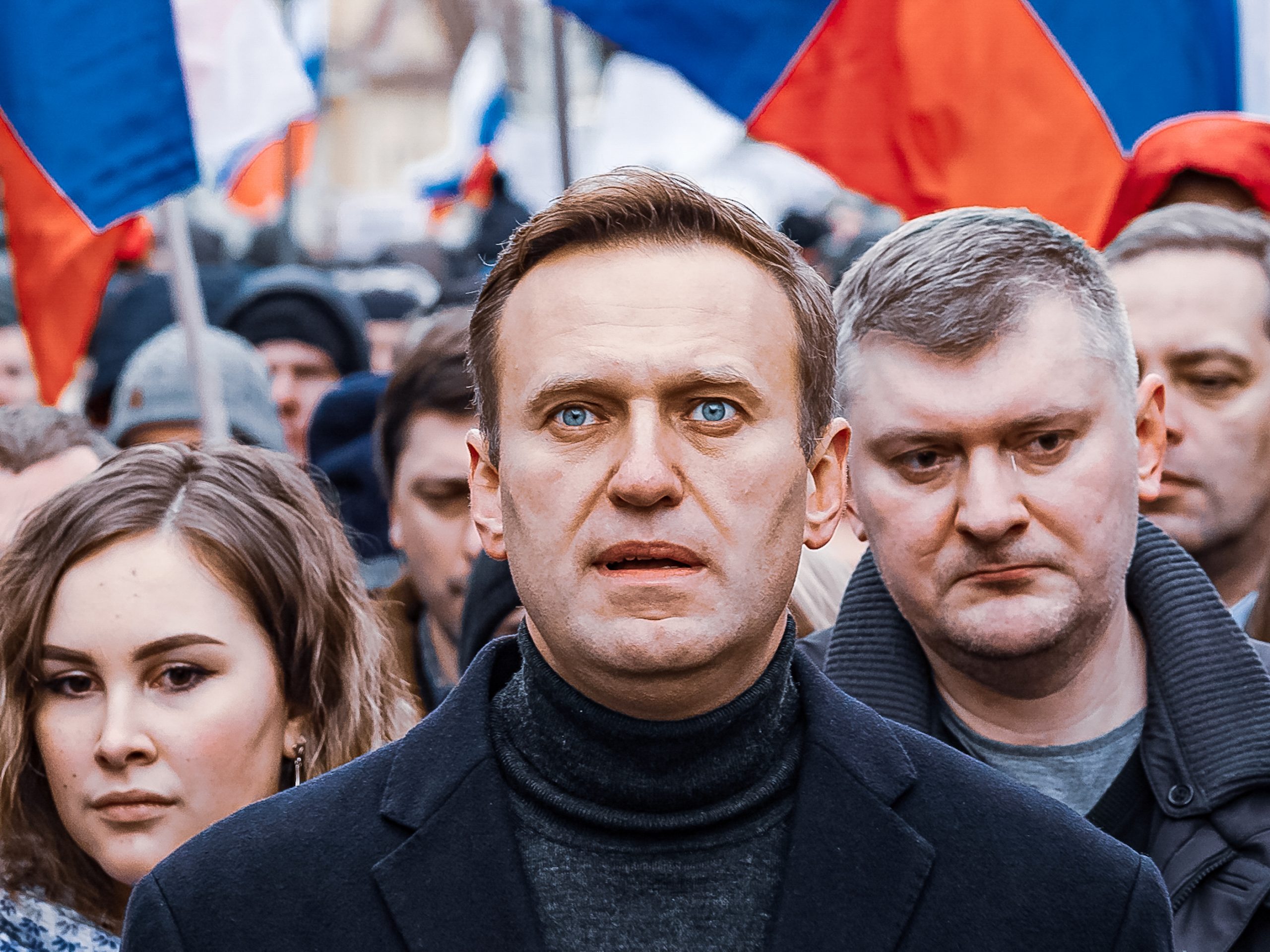 Among Central Asians, however, that view is being disputed — and a minority in the West has expressed similar concerns about the way Navalny is being uncritically revered.

Nazgul Yergalieva, a consultant from Kazakhstan who works in public policy and criminal justice reform, shared her views about Navalny with Global Voices. While she admires Navalny’s courage, Yergalieva condemns his imprisonment and thinks he should be immediately released and given a fair trial. But there are things that concern her:

I do not agree with his political views towards minorities, foreigners and his choice of offensive and even hateful language towards various nationalities. His position on migration does the opposite of supporting fragile calls for tolerance and condemning flourishing xenophobia in the society. I also do not agree with the position of withholding such disagreement or having it interpreted as an attack or criticism against his other convictions and values. I think we should have honest conversations and ask questions in order to understand the nuances. Only such open conversation will lead to engagement, inclusion and pluralism.

This is a crucial issue, and not just for Central Asians. Russia is a multiethnic country which boasts over 190 ethnic groups amongst its citizenry.

Most Migrant Workers Take a Dim View of Navalny

For a majority of Central Asian migrant workers living in Russia, Navalny’s rhetoric makes him a controversial, if not overtly negative figure, since he is in favour of regulating the presence of Central Asians in Russia. Currently, citizens from Kazakhstan, Kyrgyzstan, Uzbekistan and Tajikistan do not need a visa to enter Russia and can stay for 90 days. While some migrant workers take the legal path and secure work contracts and visas in their home country, others simply buy a one-way plane, train or bus ticket and find jobs on the spot, often through networks of other migrants.

Rashid [name changed for security reasons], an Uzbek migrant who has been living in Moscow for over ten years, says that in his community, Navalny is known as the politician wanting to introduce visas — the polar opposite of Putin. Navalny’s past mockery of Uzbeks’ alleged ignorance about the poet Pushkin, who has iconic status in Russia, is often cited as proof of his disdain for Central Asians.

In a 2018 interview, Navalny said, “In Uzbekistan, no one knows Pushkin.” The statement triggered an online flash mob of Uzbeks reciting Pushkin’s poetry to demonstrate that he had no idea what he was talking about, having never visited the country. This YouTube video, in Russian, from the Alif TV channel, titled “Узбеки за Пушкина, против Навального” (Uzbeks for “Pushkin, against Navalny”), shows Navalny making the statement, followed by footage of Uzbeks reciting Pushkin. The commentator adds that Navalny never apologised for his comment.

A similar incident happened in May 2012, when Navalny made a statement about Abay, a key figure in 19th century Kazakh literature, music and philosophy, publicly describing him as a “непонятный Казах” (A Kazakh who doesn’t make sense). On that occasion, though, he apologised on social media and declared himself a fan of Abay. One ironic aspect of the story is that Abay himself wrote texts calling for fair elections.

Part of Navalny’s success as a public figure comes from a strong Western support base that presents a rather one-sided portrait of him, including through statements made by political figures, members of civil society, and journalists. This attention has, to some extent, protected him despite his notoriety — at least until the August 2020 attempt on his life.

Global Voices spoke to Almut Rochowanski, a human rights expert focused on the post-Soviet space, and the impact of Western foreign policy on its democratisation, to understand why many Westerners downplay criticism of Navalny:

[This tendency] comes from an assumption among post-Cold War Western policy-makers they should have control or at least influence over Russia’s leadership and bend them to their will. This definitely became reality in the 1990s, when Western policy-makers imposed their will on Russia in foreign and security policy and internal reforms, and from then on they came to expect it.

When Putin arrived on the scene, this influence abruptly ended. Russia was no longer ‘rolling over’ for Western foreign policy interests. This new status quo has lasted intolerably long in the eyes of Western policy makers, and the longer it lasts, the more desperate the grasping for someone new becomes. That means they are more and more ready to overlook anything problematic. Interestingly, Western policy-makers even turn a blind eye to the fact that Navalny’s foreign and security policies run directly counter to Western objectives. He supports Russia’s annexation of Crimea, for example. Maybe they think it’s worth the gamble.

Rochowanski thinks this stance, of the end justifying the means, is shared by many Russian liberals — as seen in one of the popular slogans Navalny’s supporters use in demonstrations — which contributes to making him an untouchable icon:

Signs are coming out at Navalny protest in Moscow. “One for all and all for one.” pic.twitter.com/6efr8fWKW6

While she agrees that people who have been unjustly jailed should be released, the human rights expert cautioned:

We should never lionize anyone or make excuses for their actions, because we consider them useful (meaning, for Western policy-makers), or because they might oppose someone we find even more unpalatable. It’s not only immoral, it also never ends well. Think Western support for Yeltsin’s armed crackdown on parliament in 1993, and what that led to. Racism, Antisemitism, (and) Islamophobia are inherently incompatible with democracy and the rule of law.

If you deny people of different religion, ethnicity or colour their very humanity, if you propose to use violence against them and eliminate them, then you’re incapable of building a democratic, rights-based system — anywhere, but especially in a country as diverse as Russia. So my critique of Navalny isn’t about minor political differences, like flat versus progressive tax rates or the right pension age. This is about the very heart of democracy.

This article originally appeared in GlobalVoices and is reprinted with permission.  Photograph courtesy of Michał Siergiejevicz. Published under a Creative Commons license.

Not every media organisation can bear criticism, even self-criticism, but others require it to keep going. END_OF_DOCUMENT_TOKEN_TO_BE_REPLACED

Foucault once suggested that Clausewitz’s famous observation, “war is not merely a political act but a real political instrument” carried out by other means, be reversed, with politics made an extension of war. END_OF_DOCUMENT_TOKEN_TO_BE_REPLACED

Brexit will turn three on the last day of January, over six years since the 2016 referendum kickstarted Britain’s race to the bottom. END_OF_DOCUMENT_TOKEN_TO_BE_REPLACED