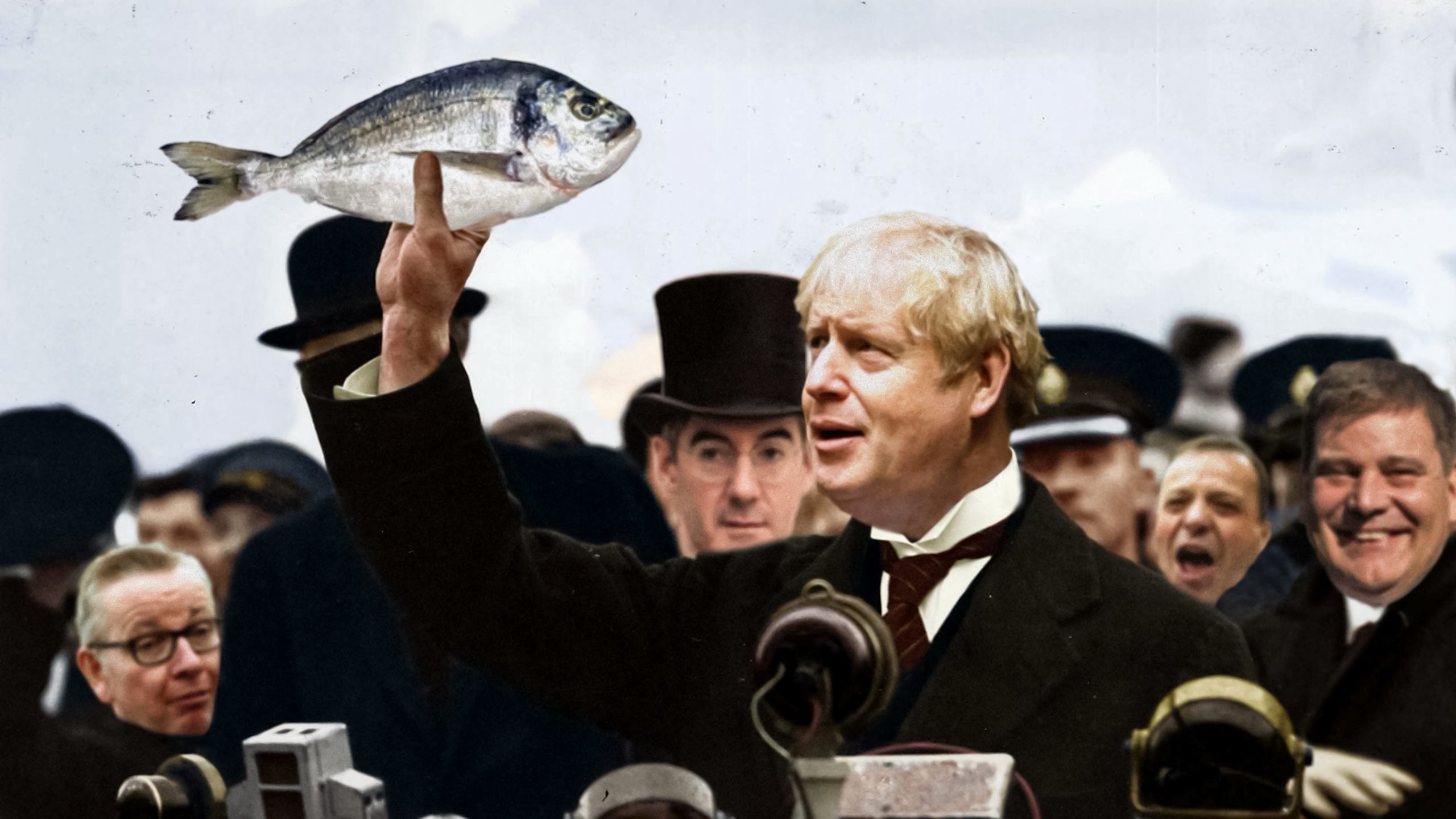 Burton goes on to note that in his time – the arse-end of the reign of James I – the world had never been so full of folly to scorn and condemn.

The Medieval clergyman was writing in a scholastic manner about laughter in general, but his comments seem most applicable to that form of humour we commonly call satire.

The latter, we are told nowadays, is dead, ostensibly due to that same world of folly having reached heights of such phantasmagorical grotesque that no lampoon, regardless of how sharp the barb, is capable of penetrating it.

One reason for this perhaps is that satire always contains a minimal degree of moralism. It casts its arrows against a world that is risible, ridiculous, and that should not be.

In doing so, it presupposes the possibility of a different world that can at least be imagined, and against which the target of satirical barbs fail to measure up.

If satire has been disarmed then we should perhaps admit a certain collective guilt through our inability to imagine a better world, or an escape from the increasingly right-leaning and corrupt technocratic governance, which dominates today.

One artist not cowed by the present state of political satire is Christopher Spencer, otherwise known as Cold War Steve.

Spencer, born in the Midlands and son of a British Leyland car plant worker, deals in a quintessentially British form of surrealist cultural criticism born out of a punk’s instinct for incongruent juxtaposition and raw contempt for the present state of the United Kingdom.

That he’s bypassed the otherwise moribund state of British satire is no doubt in part due to building his reputation from entirely outside the established channels of UK art and media.

In essence a collagist, Christopher Spencer began creating his images after a breakdown and a period in hospital.

Later, as Brexit chaos took over the UK, Spencer’s Twitter feed evolved into a very intentional and real-time commentary on the state of “Benighted Blightonia”, as Jon Savage put it in his introduction to Spencer’s first book of collected images, The Festival of Brexit.

Here we find the crew of the Brexit ship of fools being unceremoniously lifted out of their cosy Westminster bubble to be dumped in various downmarket UK locations; Clacton Holiday Camp, fly-tipping sites, derelict caravans or decaying bingo halls and cafes.

There they are joined by a cast of Z-list celebrities and characters drawn from UK sport and world politics.

The choice of locations is key, being a cypher for the bleak, run-down Britain of the 1970s, before the country joined the Common Market, but which the imagineers of Brexit see through rose-tinted spectacles as a land of milk and honey. Spencer shows something quite different.

In one image titled The Flyover Zone, Boris Johnson and Michael Gove are joined by the Queen and the North Korean leader Kim Jong-Un beneath a motorway strewed with rubbish, as a lone Morris dancer strikes a pose with Theresa May.

Another has Johnson and Jacob Reese-Mogg sat at a roadside hurling shoes at a passing tapir, while then Prime Minister May collects litter from around them.

And there are several images involving a red-faced Boris chasing a truck full of Fray Bentos tinned pies; another symbol of warped nostalgia turning bad food and monoculture into something to strive for. It’s a baffling assemblage which from outside the UK risks making little sense.

Spencer has a keen eye for the naff side of British culture and a certain type of celebrity. Disgraced game show host Michael Barrymore makes frequent appearances, as do other figures from the corned beef side of UK pop culture such as Mick Hucknall, Noel Edmonds and Sir Cliff Richard.

These ghosts of Britain’s recent past rub shoulders with more familiar world figures as Donald Trump and Vladimir Putin.

Bringing such disparate characters together in a working men’s club in Romford is what gives Cold War Steve’s output its absurdist punch, its simultaneously eye-catching and befuddling appeal.

In his hands, Comte de Lautréamont’s surrealist definition of beauty becomes Nigel Farage and Steve Bannon eating chips in a greasy spoon cafe, watched over by rightwing columnist Rod Liddle and Mr Blobby. The sleep of reason calls forth monsters and all that.

The high point of Spencer’s coverage of Britain’s Brexit meltdown came in June 2019 when he produced the cover art for Time. The image showed a London Routemaster bus sinking into the Thames in front of the Palace of Westminster.

June 2019 Time Magazine cover. Still freaks my nut out to this day. https://t.co/R2loA2vGet

Aboard are the now-familiar cast of characters; Boris astride the top deck gleefully waving a Union Jack, Farage with his reptilian chummy grin and thumbs-up, and Jacob Rees-Mogg – several centuries behind everyone else in dress sense. At the back, Phil Mitchell looks on in disgust as the water rises.

The opprobrium in Spencer’s images which he directs at Britain’s ruling elite and their explicit framing as social critique has led to comparisons with William Hogarth, whose most famous picture, Gin Alley, depicts the consequences of alcoholism, which in compositional terms bears some resemblance to Spencer’s style.

However, one cannot imagine this self-described socialist following Hogarth into moralising against the dangers of fallen women, as the 17th-century artist did in A Harlot’s Progress, or extolling the virtues of the Protestant ethic as in Hogarth’s Industry and Idleness.

"Industry and Idleness" (1747), by William Hogarth. "The Idle 'Prentice return'd from Sea, and in a Garret with a common Prostitute". https://t.co/050B3mm5xE pic.twitter.com/wuH9jJBpdR

Nevertheless, this Hogarthian theme informed the title of Spencer’s second collection, A Prat’s Progress (2019), dedicated to the rise and rise of Alexander Boris de Pfeffel Johnson, better known to the voting public by the chummy contraction, Boris.

Highlights here include a series of riffs on the UK’s tradition for cheesy game shows decorated in nauseating pastel colours, one of which includes Michael Gove and Jose Mourinho competing for a blind date with Kim Jong-Un.

In another, based on Rembrandt’s The Anatomy Lesson notorious former political advisor and insurgent Brexiteer Dominic Cummings is cast as the surgeon showing off his skills on the body of a prostrate Phil Mitchell, as Boris’s hard Brexit cabinet crowds around.

The plundering of old masters has become a common trope in Spencer’s post-Brexit work.

In these anarchic compositions, there’s a marriage of traditions both older and more recent than the cradle of English satire in the Georgian era, during which Hogarth and James Gillray made their names. One is reminded of Dada and Marcel Duchamp’s notorious punking of the Mona Lisa.

And in the artist’s incongruous combination of everyday objects like tinned pies and corned beef, with tapirs and mole-rats, there’s something of the surrealist’s gleeful détournement of our mundane experience of the world.

TBF… Cold War Steve will never improve on this! pic.twitter.com/CeeZylegLp

It’s tempting to note some of the shared struggles between Spencer and his chosen universal witness, Phil Mitchell (Steve McFadden). Spencer has been open about his struggles with drink and drugs earlier in his life, culminating in a suicide attempt in 2016.

Likewise, the fictional Phil Mitchell has been to hell and back during his near 30-year stint on the unfailingly downbeat BBC soap. It’s a cliché that at Christmas amid the usual saccharine UK TV schedule, EastEnders will be running a grim storyline about marital collapse and crack dens on Albert Square.

If after three decades of affairs, addiction, and gangland dramas Phil Mitchell is disgusted at your conduct, then you can be pretty sure you’ve attained a special level in depravity.

That seems to be the point, never made more forcefully than during the pandemic, where a taste for the macabre and grotesque has appeared in Spencer’s work.

This turn has brought him closer to the carnivalesque hellscapes of his beloved Hieronymus Bosch and Bruegel, both of whom he borrows from copiously.

The most recent collages shared on Twitter have utilised the skeletons from Bruegel’s Triumph of Death as a symbol for the Johnson government’s laissez-faire attitude to coronavirus fatalities during the pandemic.

“Let the bodies pile high”, is the quote attributed to Johnson, responding to the prospect of a third lockdown last Autumn.

In one image – published around the time the Labour Party lost their historic Hartlepool seat by one of the largest swings in by-election history – the prime minister is seen riding over a pile of skulls as Ian Duncan-Smith sprays the cheering crowd with bloody slurry.

In another, a crowd of peasants transplanted from Goya drag Boris ashore at Hartlepool docks as he feasts on a giant ham with champagne.

On the foreshore, a dejected Keir Starmer watches on. There are times when Spencer seems as disgusted at the electorate, as he is of the politicians whom they elect.

Johnson has become the principal target of Spencer’s ire, which is hardly surprising given the seemingly bottomless store of revelations about the prime minister’s private life, and his handling of the pandemic.

The corruption and failure of the UK’s track and trace program is brutally lampooned in Track and Trace HQ which has health secretary Matt Hancock staffing the phones alongside serial killers Fred West and Harold Shipman.

And in one of Spencer’s most brutally brilliant pictures, the newlyweds stand in the Downing Street garden amid rows of bodies.

Behind them the pope and BBC political editor Laura Kuenssberg look on scornfully, while Dominic Cummings reprises his rose garden confession on breaking lockdown rules when he “checked his eyesight” during a drive to Barnard Castle last year.

This one image hits harder than a hundred hours of middlebrow satirical quiz Have I Got News For You, to say nothing of the recently revivified Spitting Image, which had all the impact of a piece of steamed celery.

Like those engravings and prints from the age of Hogarth and Gillray, social media emphasises the primacy of the visual in the satirical imagination.

Cold War Steve’s output can be laughed at and read straightforwardly as criticism of present-day politics and politicians. But read a little deeper, engage with the panoply of weird pop-cultural reference and British arcana, and you’ll find all of Britain’s post-war history is there.

It is this world of folly, which began long before Brexit entered the lexicon, that Cold War Steve is perfectly placed to condemn.

It was an act of contrition. In June, the King of Belgium returned a tooth to the Congo. END_OF_DOCUMENT_TOKEN_TO_BE_REPLACED

Few Italian elections since the turn of the millennium have felt more like the twentieth century than this one. END_OF_DOCUMENT_TOKEN_TO_BE_REPLACED

Not long after it opened in 2017, I paid my first visit to the House of European History.  END_OF_DOCUMENT_TOKEN_TO_BE_REPLACED