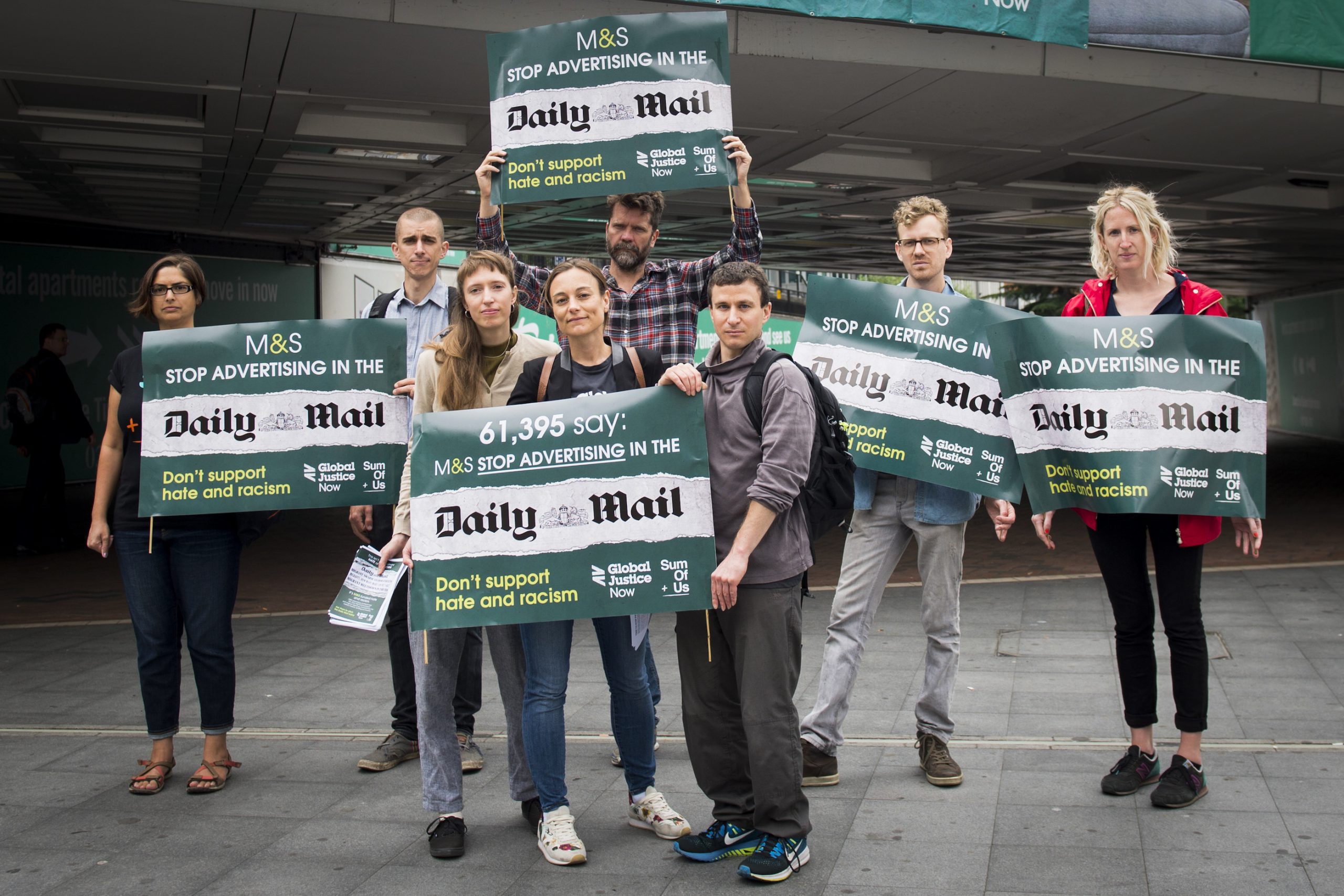 It’s no accident that the English Channel is becoming a watery grave. You may be able to see Calais from Dover on a good day, but the proximity is misleading.

After 27 people died last week, the British government is busy blaming France and the French president is happy to return fire. A pregnant woman and three children died on trying to cross the Channel.

Unfortunately, little will change with men like Boris Johnson and Emmanuel Macron calling the shots.

The right has a few different narratives to use in this case.

First of all, there is the story that the people who died were really economic migrants who made the wrong choice and paid the price for doing so. The right-wingers making this argument all favour tougher border controls.

The second story is that these people are victims but they are victims of criminal gangs who prey on the vulnerable. This leaves aside whether or not the dead were refugees or economic migrants — deserving or undeserving.

This is an easier message to sell to a public shocked by the deaths of 27 human beings.

However, the Johnson government only wants to avoid this question for the sake of containing the scandal and dressing up harsher border controls as something else. So tougher policing of border controls is presented as a response to human trafficking.

The deaths of 27 people will fade into public memory soon enough. Yet this terrible event is far from new.

Approximately 292 people died in Channel crossings between 1999 to 2020, according to the Institute of Race Relations.

Boris Johnson can count on the media cycle to turn away from this story, but he’s chosen to use the situation for short-term gain.

The problem the premier faces is that he can’t quite satisfy the anti-migrant sentiment his Conservative government depends on.

Most of the applicants are from Iran, Eritrea, Albania, Iraq and Syria.

An estimated 24,000 people have crossed the Channel.

People claiming asylum are banned from working in the UK, but they’re offered benefits — less than £40 a week, about £5.60 a day. That’s just enough for a pint in a London pub.

Most applicants wait several months to see their claim processed.

Asylum applications to the UK peaked at 84,000 in 2002. This was also the height of media hysteria about ‘bogus’ asylum seekers taking up social housing and being showered with benefits.

The right-wing press argues that the people on these boats should stay in the countries they arrive in.

The logic of this bad faith argument would mean no asylum seeker would be legitimate unless they had travelled around the Iberian coast to the UK.

The figures speak for themselves.

We know that the majority of refugees coming into Europe do not come to the UK. Most migrants choose to stay in countries like Germany and France rather than Britain.

Sweden has had one of the most welcoming policies to refugees in Europe. Sadly, Swedish policy has been eroded over time by the growing popularity of the Sweden Democrats, a neofascist party dedicated to halting immigration.

Out of all European countries, the island nation of Malta has received the most refugees relative to its population size.

Meanwhile, Italy and Greece are often portrayed as ‘the front line’ to the migrant crisis.

The biggest ‘source countries’ for refugees worldwide are Syria at 6.8 million people, Venezuela at 5.4 million and Afghanistan at 2.8 million.

Most of the people fleeing these places end up in neighbouring countries despite the popular perception. For example, Turkey has taken in more than 3.7 million Syrian refugees.

Modern warfare primarily targets civilians and displacement is inevitable. Climate breakdown is a factor behind these wars and will continue to drive more people into displacement.

The numbers are only going to rise as we descend ever deeper into the climate crisis.

We can expect more wars for resources, more displacement and more refugees. So we need a new language for defending migrants and refugees more than ever before.

A simple way to prevent people from making this dangerous journey would be to allow them to claim asylum from Calais. But this would drive the UK’s right-wing media into a frenzy.

All countries could adopt similar policies. It would be a small step towards guaranteeing a safe passage for people fleeing war and oppression. Yet the Johnson government is clearly not interested in the latter.

Boris Johnson tweeted his letter to President Macron because it was really a message to Conservative voters.

It was really about the nationalist project we call Brexit, or at least the appearance of it. The theme is still “taking back control” from Johnny Foreigner.

Johnson is just one grifter among many. Nigel Farage has helped make the Channel crossings the big issue for the right since Brexit is a done deal. Yet this is necessary precisely because Brexit is quite a done deal.

The UK has left the European Union, but the real struggle was over what this country should be in the future.

The nationalists have a clear narrative about Britain, whereas the liberal centrists — who dominated the Remain campaign — had nothing but the status quo. There has to be a new enemy.

The hard Leavers are now rallying against the supposed threat of desperate people reaching Dover in dinghies. An endless flow of migrants threatens our national sovereignty, or so we’re told.

A lot of people are gripped by the idea of impenetrable borders that no boat or plane can cross. The reality is that tighter border controls merely guarantee a harsher system for legal migrant workers and a black market for labour.

The conditions are clear: the UK has a labour shortage thanks to Brexit and COVID-19. Wages are rising in some sectors in the UK as a result, but these gains will likely not make up for a decade of stagnation.

The result is wages and working conditions are suppressed for all workers.

The British working class will not gain from stringent border controls long-term. The spending we’ve seen has really ‘baked in’ the impact of austerity rather than reversed it.

The fantasy of closing the borders and unleashing the body national is a dangerous fantasy. A harsher border regime in the UK guarantees more boats will come and more people will drown.

The Search for Sovereignty

There is no such thing as total sovereignty.

All nations are a part of the same world and a vibrant nationhood is only possible in an interconnected world. This is why the nationalism that has swept the UK is doomed to failure.

The nationalist right cannot deliver the goods it promised the British people. The Johnson government has presided over massive state intervention in the economy to keep the engines of growth going.

However, Brexit and COVID-19 mean the economy has to change. Financial capital has pivoted to cities in mainland Europe, whereas the service sector was never enough to fill the void left over by deindustrialisation.

Rising asset values is the only factor keeping the middle class happy. The Tories have been able to rely on middle-class complacency to hold onto power through the worst times. This will be no different.

The Johnson government has plans to cling on no matter what. The Conservative Party will make the sounds its base wants to hear, though it cannot deliver a rejuvenated nation-state.

Britain isn’t much without an empire. Inflating housing bubbles and trying to keep big business happy with ‘super-deductions’ and other handouts isn’t going to make up for the loss.

Neither is the country going to return to a halcyon era before multiculturalism and ‘wokery’.

Even still, the Tories will run on culture wars and nationalism to stay in power. After all, their only real purpose is to propel the sons of the rich into positions of power.

The UK is not long for this world. Scotland and Northern Ireland could both secede in the future. Wales is reinventing itself.

And England is lost in a search for its own national story.

Not every media organisation can bear criticism, even self-criticism, but others require it to keep going. END_OF_DOCUMENT_TOKEN_TO_BE_REPLACED

Foucault once suggested that Clausewitz’s famous observation, “war is not merely a political act but a real political instrument” carried out by other means, be reversed, with politics made an extension of war. END_OF_DOCUMENT_TOKEN_TO_BE_REPLACED

Brexit will turn three on the last day of January, over six years since the 2016 referendum kickstarted Britain’s race to the bottom. END_OF_DOCUMENT_TOKEN_TO_BE_REPLACED