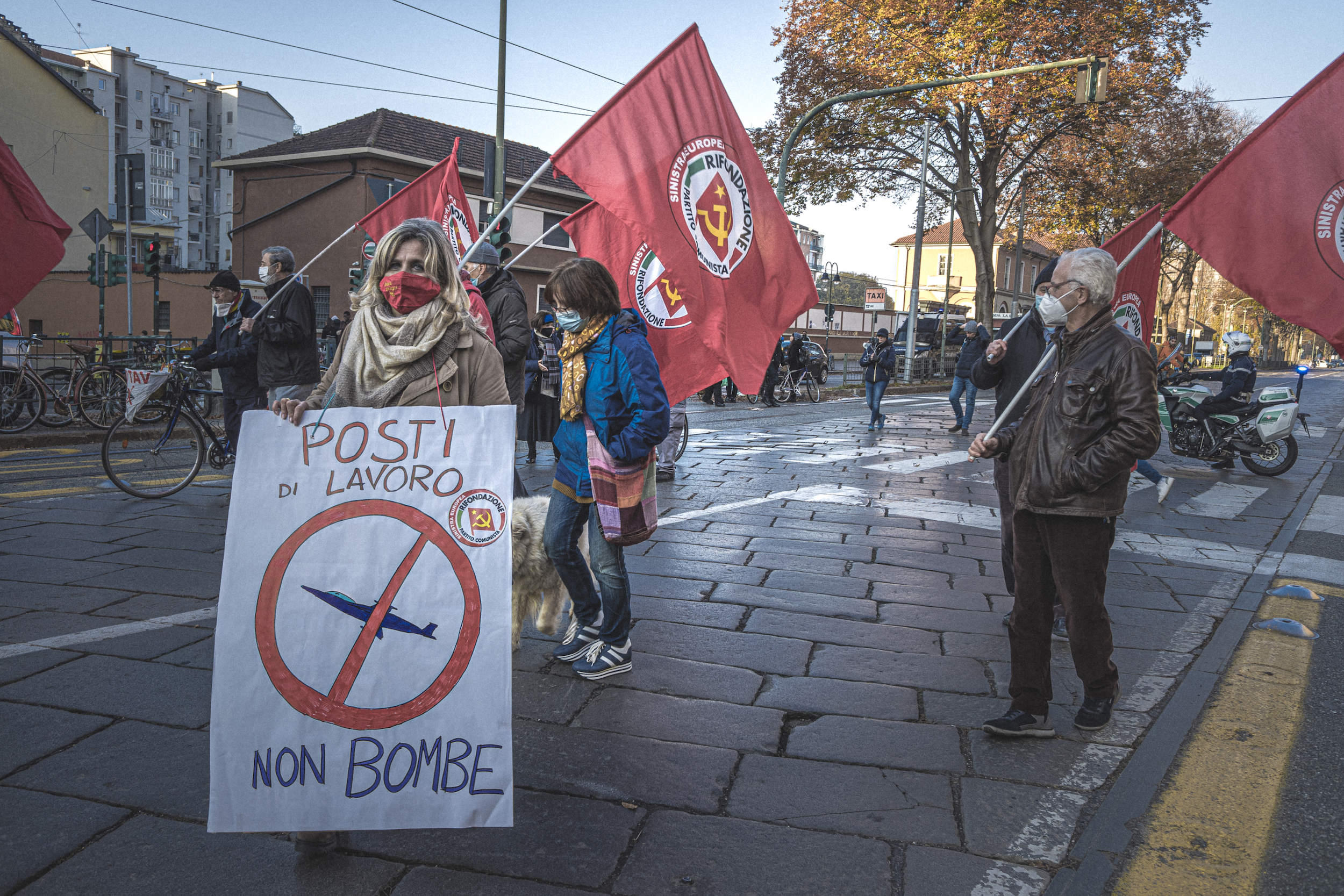 Admittedly, this may be viewed by some as a virtue. History, unfortunately, has not been as kind.

The biennio rosso (1919-1920), for example, which saw workers in Northern Italy engage in a series of strikes, factory occupations and militant actions, was followed by repression by the Blackshirts and the rise of Mussolini’s fascist movement.

While both the Partito Comunista d’Italia (PCI) and the Partito Socialista Italiano (PSI) were in a relatively advantageous position given the discrediting of the right, neither managed to convert this into control of the Italian state.

Though Palmiro Togliatti was one of the most creative and independent of Italy’s postwar communist leaders, he was persistently outmanoeuvred by Alcide de Gasperi and his Christian Democrats.

In between, there was the fascinating interlude of the Second World War. As the first of the countries on the European mainland to be invaded, in 1943, Italy became a laboratory in which anti-Nazi agitation and plans for a postwar future became intertwined.

In The Rebirth of Italian Communism, 1943-44: Dissidents in German-Occupied Rome,  David Broder, examines the crucial period in extensive detail.

Originally composed as his doctoral dissertation, the book bears numerous marks of this origin. The central subject matter is relatively narrow, comprising developments in Roma during the last years of the war.

While the PCI was strongest in the industrialised north, in cities such as Torino and Milano, leftist radicalism in the Italian capital had a rather different structure. There the radical left was composed more of artisans than of factory workers.

Though the PCI was active there, much grassroots organising and activism was undertaken by the Movimento Comunista d’Italia (MCd’I), which differentiated itself from the official, Moscow-affiliated party by its rejection of collaboration with middle-class parties.

This was a key issue in the period that this book examines, running from the 45-day period between Mussolini’s deposition by the king and the German invasion, to the end of the war.

The formation of the Badoglio government represented an important transformation in Italian politics, but one that raised far more questions than it resolved.

The invasion of Southern Italy created a base of operations for anti-fascist/anti-Nazi activism. But the Allies had their own agenda with respect to issues of both war and peace.

By 1943, Allied strategic thinking had pivoted from the destruction of Nazism and Japanese imperialism to the reining in of communism.

Allied military leaders were adamant that their destruction of Italian fascism should not merely be a precursor to the victory of Italian communism, but its defeat, as well.

The PCI ploughed on, undeterred. Participation in the Council of National Liberation (CLN), which also comprised socialists, middle-class liberals, and others, was viewed as a means of putting the party in the best position possible to take advantage of the fascist defeat.

The activists and rank and file members of the MCd’I viewed any such collaboration as a concession to non-Marxist forces. As such, they were openly critical of the PCI and sought to pursue another course of struggle.

Recruiting mainly in the borgate, the peripheral working-class districts of the capital, the MCd’I was never immured in the rigours of Stalinist orthodoxy of the PCI.

Their political approach, as illustrated by Broder in extensive material from Bandiera Rossa, the party’s newspaper, reflected more homegrown thinking, unschooled in the doctrines of the official party.

With the arrival of the Germans, there was a strong impulse within leftist groups to liberate the country. All of the major players in Italian politics were clearly aware that armed action would be key to the struggle for power that was likely to ensue when the Allies arrived in Roma.

Attacking the Germans was a more ideologically and politically straightforward proposition than launching attacks on one’s own domestic political opponents.

The MCd’I had organised extensively throughout the city’s working-class neighbourhoods, creating broad networks that proved all too easy for the Italian police and the SS to infiltrate.

While the military affiliate of the PCI, the Patriotic Action Groups (GAP) employed greater caution and compartmentalization, they too were victims of the savage policies of repression and reprisal undertaken by the Germans and their Italian allies.

Broder effectively illustrates the debates within the factions of Italy’s radical left, as well as the catastrophic events in the spring of 1944, when the failure of the Allies to progress from Anzio, and reprisals for the killings of German soldiers, resulted in catastrophic losses.

With the PCI and the MCd’I increasing their attacks against German forces, the latter responded with the threat that ten Italians would be killed for every German fatality.

After the GAP killed 32 Germans, the Italian police perpetrated the notorious Fosse Ardeatine massacre, in which 335 communists, socialists, and other opponents were murdered in reprisal.

The results of these and other repressive actions were devastating, particularly for the MCd’I. It had not undertaken the same security procedures as the PCI had, and thus the police crackdown was particularly devastating.

One might argue that the history of a militant organisation that was mostly neutralised by the end of 1944 might not have the greatest relevance to the longer-term history of the Italian left.

To do so would be to miss the key to this turning point. The story of Italian communism in the postwar era was one of progressive marginalisation by the middle-class parties with which it sought to come to an understanding.

While Togliatti did much to move Italian communism out of the stultifying orbit of Stalinist and post-Stalinist communism, his persistent efforts to come to an understanding with Gasperi illustrate the limits of a leftist politics of accommodation.

The blow dealt the MCd’I in the crackdown of 1944 eliminated a thread within the communist movement that might have provided for a more militant approach if circumstances had turned out differently.

The 1970s was a decade of broken dreams. The end of the postwar boom brought to a close the era of middle-class liberalism in Europe and North America. END_OF_DOCUMENT_TOKEN_TO_BE_REPLACED

Serbian director Dušan Makavejev’s 1968 film Innocence Unprotected manages both to explore the legacy of wartime trauma seriously and to make fun of itself in the process.  END_OF_DOCUMENT_TOKEN_TO_BE_REPLACED