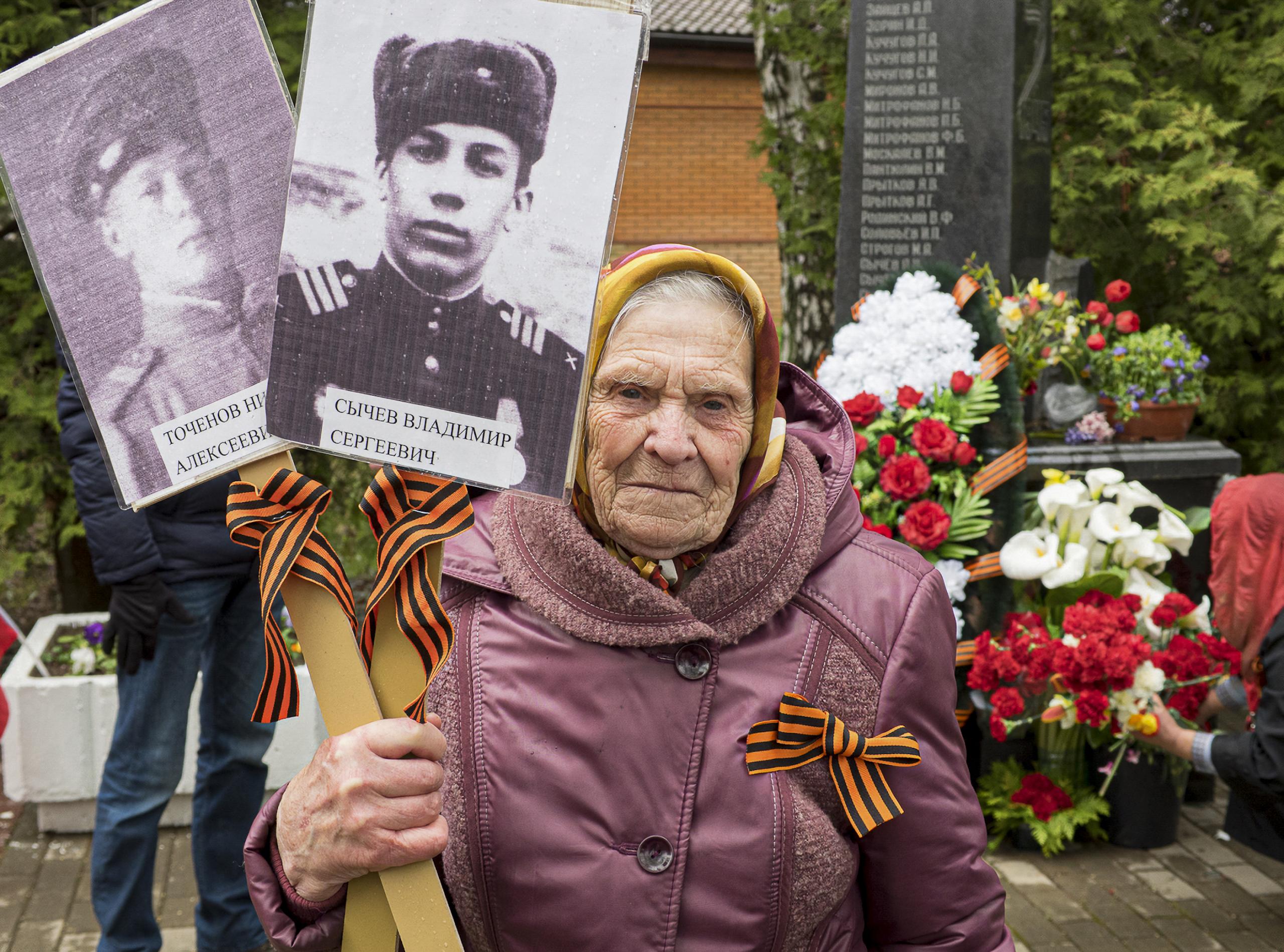 Intentional or not, Xi Jinping’s exercise in sportwashing gave Vladimir Putin the added time he needed to prepare for his crowning achievement: The “demilitarisation” of Ukraine.

It is still too early to resolve the overarching questions as to whether this populist dénouement will play out in Kyiv, or The Hague.

As the curtain came down on the global games, Putin announced Russia would recognise the independence of the retro-sounding “People’s Republics” in Donetsk and Luhansk.

That these claims were the result of a process driven by Russian money and military hardware is arguably the worst kept secret in the world of international politics.

Putin’s proxy war in Eastern Ukraine has, to this point, cost approximately 14,000 lives. More prosaically, the conflict has cost Ukraine an estimated 15% of its GDP every year since 2014.

The tab has now risen dramatically for all concerned. War is an obscenity. But it is also obnoxiously expensive.

The gravity of the situation in Russia could be gauged from the series of narrative-grabbing events staged by Putin earlier this week.

The first was the “meeting” of his security council in which the latter was required to give sanction to recognising the breakaway regions, but from a distance somewhat greater than 40 feet.

There was some suggestion that keeping Putin’s advisors at significantly greater than arm’s length had something to do with COVID, but it had the feel of an authoritarian spectacle.

This impression was fortified by the strangely diffident demeanour of the security councilmen. Most seemed unenthusiastic about giving assent to the plan and several fluffed their lines.

There was an oddly pantomime quality to the affair, as if what was happening was not a matter of giving advice, but of getting everybody in the record so blame could be properly apportioned if things go south.

The Supreme Leader followed this up with a speech that put the rhetorical cherry on top of his prior announcement.

Putin began by arguing that Ukraine did not really exist, or rather it was simply a creature of malign Bolshevik mapmakers. Lenin was to blame.

This is a theme to which Putin has frequently adverted since the noughties.

He followed it up by suggesting the Russian dismemberment of Ukraine would just be a matter of completing the process of decommunization.

Ukraine today, Putin argued, is an expression of divisive nationalism, predicated on equal measures of Russophobia and neo-Nazism.

Trying to parse which side is the Nazi side (or perhaps which is the most Nazi side) is one of the more long-running tropes of pro-Kremlin advocacy amongst Tankies and ex-leftist commentators.

Ever since the Maidan protests in 2014, the charge that Ukraine’s democracy movement has served as cover for fascists has been a constant amongst their ranks and RT enthusiasts.

Which is not to say that such charges are wholly lacking in foundation.

Though a distinct minority, Ukrainian brownshirts have spent a great deal of their post-Soviet freedoms minimising the horrific crimes undertaken by Nazi collaborators during WWII.

There are indeed extreme right groups in Ukraine today, and it would be more shocking if they weren’t trying to undermine the country’s newly democratic institutions.

In that sense, Ukraine is like the rest of Eastern Europe. But, ironically it is less reactionary than NATO and EU member states in the region, like Hungary and Poland.

Still, the answer to the question as to whether the Ukrainian or the Russian side is the Nazi side is, obvious.

But it stems from extremist ideological sources, too.

Putin and his circle are strongly influenced by far-right thinkers such as Alexander Dugin, Russia’s primary reference point for both fascism and imperialism.

Less well-known figures in the West, such as nationalist historian and Eurasianist Lev Gumilev, the son of poet Anna Akhmatova, are especially important to Putin.

Their combination of influences marks out an evolving politics that is both inward and outwards looking, resentful of being imposed on, but eager to dominate.

The Eurasian aspect is one of the least understood. Particular concerning the distinctions right-wing Russians often draw between themselves and the “Anglo-Saxons.”

In Putin’s populist imagination, Russia is an ethnos, not a multicultural country. You hear such references all the time from Kremlin spokespersons.

If only the West was that simple. Thus, the animus gets directed at Ukraine’s likely Jewish oligarchs, who, unlike those in Russia, cleave to the Atlantic world to preserve their power and wealth.

Ukrainian elites are responsible for every sin in the calendar, from trying to extirpate Russian culture to fomenting violence by everyone from neo-Nazis to Islamic terrorists.

According to this worldview, their ultimate goal is to get Ukraine into NATO so that it can undermine Russia, both militarily and economically, to protect their interests.

Why the country’s rich would want to commit national suicide this way is something only Putin seems to know. It works for him, at least, and makes for a typically conspiratorial echo chamber.

If life in our post-truth environment has taught us nothing else, with repetition, truth accretes.

The Kremlin has shown itself more than able to bullshit the world to death. But it’s the nature of warfare to multiply lies like this, and racist disinformation reflects Putin’s nationalist politics.

Today’s turn of events should come as a surprise to no one. Vladimir Putin has a long history of using military force in areas where he sees the possibility of Russian advantage.

From Chechnya to Georgia, to Syria and Crimea, the ex-KGB officer has repeatedly flouted international law in pursuit of recouping Soviet real estate.

Disregarding the rule of law is routine among imperial powers. One has only to look at American justifications for invading Iraq and Afghanistan. They were also based on fantasies and lies.

But even by those standards, the invasion of Ukraine is a particularly brazen assault on the status quo. In this case, the European security order, that has existed, more or less, since 1945.

NATO may have broken agreements not to expand to Russia’s former colonial assets. The issue is that they wanted in, to protect themselves if Moscow went off the deep end again. Like today.

It’s a classic catch-22, making it impossible to do the right thing. East and West are both to blame.

Would you want to share a border with Russia? Even in the best of times, the relationship requires a lot of management and even more defence spending. Just ask the Finns, the Norwegians or the Swedes.

Concerning Ukraine, there is a range of possibilities as to how this situation could play out.

For the last couple of weeks, what seemed to be the smart money would have been on a limited intervention into the eastern regions of the country.

This would have been easier to justify in terms of the defence of the breakaway territories than the invasion taking place now.

This might have allowed time for more cracks to appear in the already shaky edifice that is the North Atlantic security system.

Certainly, it would have provoked sanctions. But a more limited operation would have allowed the US and EU to spend more time arguing about which sanctions were most appropriate, and how long they should be used.

Vladimir Putin opted for the go for broke option, thinking that it might be best to tear off the bandage at the first go.

But this seems to create a large number of problems, not the least of which is that he can install a puppet government, in the place of Volodymyr Zelenskyy’s elected version.

It is hard to imagine some sort of Russian proxy government on the model of that led by Viktor Yanukovych from 2010 to 2014.

He’s a lot more hands-on than, say Syrian President Bashar al-Assad, who is at best a figurehead for the Russian generals running Syria.

Although Russia’s income from oil and natural gas could be expected to rise, the cost of the inevitable sanctions and disruptions to other trade could easily balance that out.

Ironically, the longer the price of oil stays high, the more likely the fracking operations in the US and elsewhere will come back on line, threatening to drive prices down and hurt Moscow.

The longer that Russian troops spend in Ukraine, and the more heavy-handed their presence, the greater the likelihood of a homegrown insurgency forming to challenge them.

Russia’s experiences with guerrilla warfare have so far run the gamut from failure in Afghanistan to an extremely costly victory in Chechnya.

Both of those wars were fought out in places where Americans and Europeans care little for the local populations or feared that they were hopeless jihadists, and might as well be thinned out.

Ukrainians, on the other hand, are whites in the Western lexicon. They’re like us. The prospects of fighting a long-term guerrilla war with them will make Russia’s bad image even worse.

Imagine the human rights abuses and atrocities that will get committed against Ukrainians. The Russian track record in Eastern Ukraine is already wanting.

Given the ultraviolence the Russians employed to crush the jihadist resistance in cities like Grozny, and more recently, in Syrian cities like Aleppo, and you get the idea.

Whatever the outcome, it’s hard to imagine Russia returning to the comity of responsible nations, banking in London and exporting gas to Germany.

What we are witnessing is a fundamental transformation of Moscow’s place in the world.

Just as with the case of COVID, there is no longer a “normal” status quo ante to which affairs could revert.

The situation is fluid and changing rapidly. It’s difficult to keep current, and one suspects that today’s analysis will have a very short shelf date.

What is clear is that we are watching the unfolding of a horrific tragedy. Today’s events are a disaster, and greater calamities seem certain to follow.

Photograph courtesy of Sovraskin. Published under a Creative Commons license.

Brexit will turn three on the last day of January, over six years since the 2016 referendum kickstarted Britain’s race to the bottom. END_OF_DOCUMENT_TOKEN_TO_BE_REPLACED

Be careful what you wish for. It may be a cliché, but it’s one the Greens are learning all over again. END_OF_DOCUMENT_TOKEN_TO_BE_REPLACED

Before his arrest, Andrew Tate was just another influencer with bad politics. END_OF_DOCUMENT_TOKEN_TO_BE_REPLACED