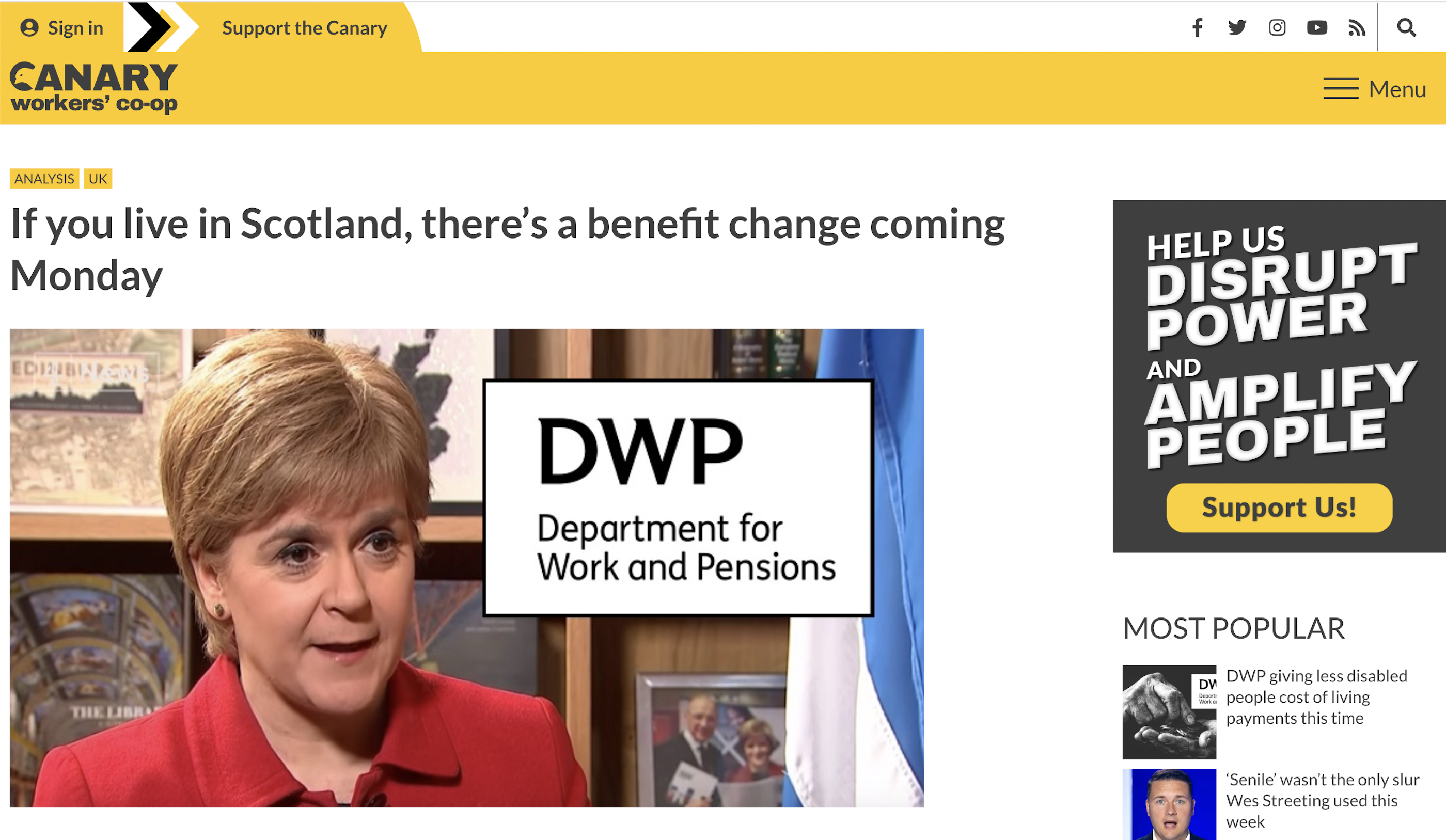 The Canary aspired to do both, but it may have attracted more publicity than it generated hard news stories. Now the future of the left-wing website is up for debate.

Founded by Kerry-Anne Mendoza, a former management consultant, the website’s mission was to diversify UK media. She combined her passion for blogging with a keen commercial strategy.

When it started, The Canary had just £500 in funds but a year later the website had a turnover of more than £250,000. This incredible feat is a testament to the creator’s knack for marketing and their understanding of their readership. But that’s not the whole story.

One of the keys to The Canary’s success was its business model, which was designed to maximise traffic to the website. Writers would be paid according to the number of clicks their articles generate.

There were multiple layers to this unorthodox model with 50% of profits going to writers, 10% to section editors, 20% to the leadership team and 20% retained by the company itself. But this did not factor in dividends paid out to directors.

Doing journalism differently is difficult. Solidarity to the staff at The Canary who have “overthrown” the website’s management and are now running the publisher as a co-operative https://t.co/UySIHnHJH7

Regular writers received a flat top-up rate based on the number of articles they contributed. The incentives were clear: you should write more stories that do well on social media if you want to make money.

Writers could make a lot more money churning out clickbait. However, not many articles go viral and not all viral articles are equal. Some writers earned as little as £200 in a quarter of regularly contributing to the website.

The ultimate irony is that this left-wing populist website had a hyper-capitalistic modus operandi, where the market rate for clicks was paramount. This business model may be why The Canary has been so successful. But at what cost?

The Cost of Going Viral

Today, The Canary is the third most popular political website in the UK. It ranks just behind Politico and Politics Home, but it’s still ahead of The London Economic and Guido Fawkes on politics.

Mendoza started the website from her home in Bristol. She managed to convert the audience of her blog Scriptonite Daily to the new website. She already had a respectable following of 10,000 readers at the time.

The target audience was left-wing and progressive news consumers alienated by the corporate mainstream media. In the moral wasteland of the British press, The Canary found readers yearning for a different kind of journalism.

However, The Canary was not so different as it claimed. The website tried to beat the right-wing tabloids and blogs at their own game. It embarked on a sensationalist, populist project.

Much like a blog, The Canary operated as an aggregator to bypass the hard graft of news gathering. Its content was mostly derivative and repackaged for its progressive audience.

Occasionally, The Canary’s success resulted in a feedback loop with the mainstream media whereby stories were recycled through its website and picked up again by the national press.

However, The Canary really made waves in the summer of 2016 thanks to its coverage of the Labour leadership — remembered so fondly by Corbynistas as ‘the chicken coup’.

The Canary spread misleading reporting suggesting Portland Communications was involved in the attempt to oust Corbyn. Eventually, the story made it onto the BBC, and Unite leader Len McCluskey repeated the claims against Portland.

Nevertheless, the result was The Canary rapidly became a popular political website. By July 2016, The Canary had made it into the top 100 news websites in the UK and it showed no sign of slowing down.

The Portland Communications story spread like wildfire online and the PR firm could have taken The Canary to court. Instead, Portland dismissed the claims as “a ridiculous conspiracy theory”.

A source from the firm hurled a handful of mud back at the website. “We’ll leave it to others, such as the leaders of major unions, to give more publicity to anti-Semitic, delusional conspiracy theorists,” said the source.

Notice how fast the claim of Antisemitism was raised against The Canary. It wouldn’t be the last time either as the editor made a series of online gaffes that critics leapt upon with glee.

Mendoza faced such accusations for invoking the memory of the Holocaust over Brexit. She claimed the Brexit celebrations of January 2020 could descend into a “21st century Kristallnacht”.

It doesn’t help that The Canary has run a lot of stories with a conspiratorial angle; however, the specific allegation of Antisemitism is disputed. It’s now routine for right-wing media to make this accusation against the left and critics of Israeli policy.

Media regulator IMPRESS cleared The Canary of Antisemitism in 2021 after investigating claims that the website promoted a negative view of Jews. The study that made these claims was commissioned by right-wing Labour MP John Mann.

At the same time, IMPRESS found that the website had failed its editorial standards in past coverage. So the website was not beyond reproach for its media conduct, but it was quite a stretch to claim it was engaged in hate speech.

The Canary was all about LW tabloid journalism. Playing fleet st at its own game
Which may be cathartic, but was always going to end in ignominy

Nevertheless, the website still struggles to shake off the allegations just as the Labour Party does. It’s an easy way to dismiss The Canary rather than question why it appealed to millions of readers in a supposedly conservative country.

As a populist website, The Canary’s unique readership proposition is clearly its political appeal. It offers its readers an alternative to the mainstream. It is unapologetic about its agenda, but this is also a marketing strategy.

In one 2016 Buzzfeed article, Nancy Mendoza insisted The Canary was not launched to back the Corbyn project. She described its editorial stance as “a counterpoint to conservative media” and “broadly liberal”.

It’s unclear whether this was an attempt to portray the website as impartial. A cynic might wonder if The Canary’s left-wing content was just a marketing strategy and not a serious commitment.

During the 2017 general election, The Canary became a key news source for many voters alongside blogs like Another Angry Voice and alternative media platform Novara Media.

After this battle, Guido Fawkes founder Paul Staines developed a begrudging respect for The Canary. He saw something in the website that resembled his own project with its brash style.

“I do see them as the left-wing competition,” he told Press Gazette. “The other specialist websites are more the party-affiliated websites. They are never going to be as punchy by the nature of them, but they do pretty well.”

Staines touched on an important point. “Now they have just got to get some exclusive stories, rather than exclusive takes. Anyone can have an opinion; it’s very hard to have original news, though,” he said.

“It’s the same critique I have had of political reporting and the lobby system going on 12 years. They all hang out together, they all have group think and half of them are lazy,” said Staines.

Five years later, The Canary is still ahead of Guido Fawkes on politics but has fallen behind its height of 3.5 million readers in 2017. The website has more than 650,000 readers, but it will have to change to reverse this decline.

What’s different about The Canary now is that the leadership has changed, and the company’s structure has changed with it. This media organisation may be better placed to stand the test of time than critics believe.

One big change came in 2020 when The Canary launched an investigative team. This could be the start of a more professional news-gathering operation, but it will take a lot of work and resourcing.

Then in 2021, founding editor Kerry-Anne Mendoza stepped down for the sake of her mental health. This was a critical moment since the organisation was very much of her making.

A start-up can quickly fail once its leader departs if the succession is poorly executed, yet The Canary has managed this transition well. However, the staff soon uncovered evidence of financial mismanagement.

It turned out that the company directors had been receiving dividends on top of their salaries without the knowledge of the rest of the team. The staffers decided to overhaul the company structure.

Since then, The Canary has been reorganised as a cooperative, where all staff members are company directors and paid the same hourly rate. This model is far more in line with the values the website claims to uphold.

At the same time, the wider content strategy has not fundamentally changed much since Mendoza’s departure. It is still very clickbait-oriented and relies on social media above all else to reach its audience.

The Canary has a tabloid style with leftist values, yet its news values have arguably weakened its standards as a media platform. If it’s all about clicks and marketing, the politics might also be up for sale soon. But this is not preordained.

I support journalism i subscribe to the Canary, skwarkbox and as of today double down news this is the future. https://t.co/uRXj5kH3f8

It could be that The Canary is at the start of a long journey of redefining itself after the Mendoza years. This is an opportunity for the platform to focus on news gathering and investigative work. The next few years will be crucial.

Screenshot courtesy of The Canary. All rights reserved.

The conflict between Russia and Ukraine continues with no end in sight. END_OF_DOCUMENT_TOKEN_TO_BE_REPLACED 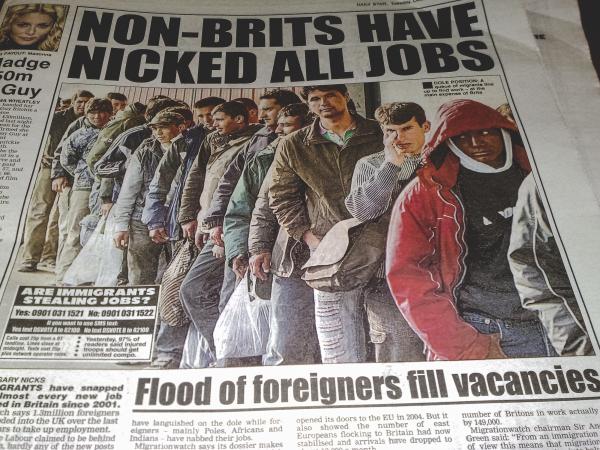 The Daily Star Gets Veg

It’s not every night that a national tabloid beams a picture of a lettuce onto Parliament. This image may be more memorable than Liz Truss’s actual policies. END_OF_DOCUMENT_TOKEN_TO_BE_REPLACED