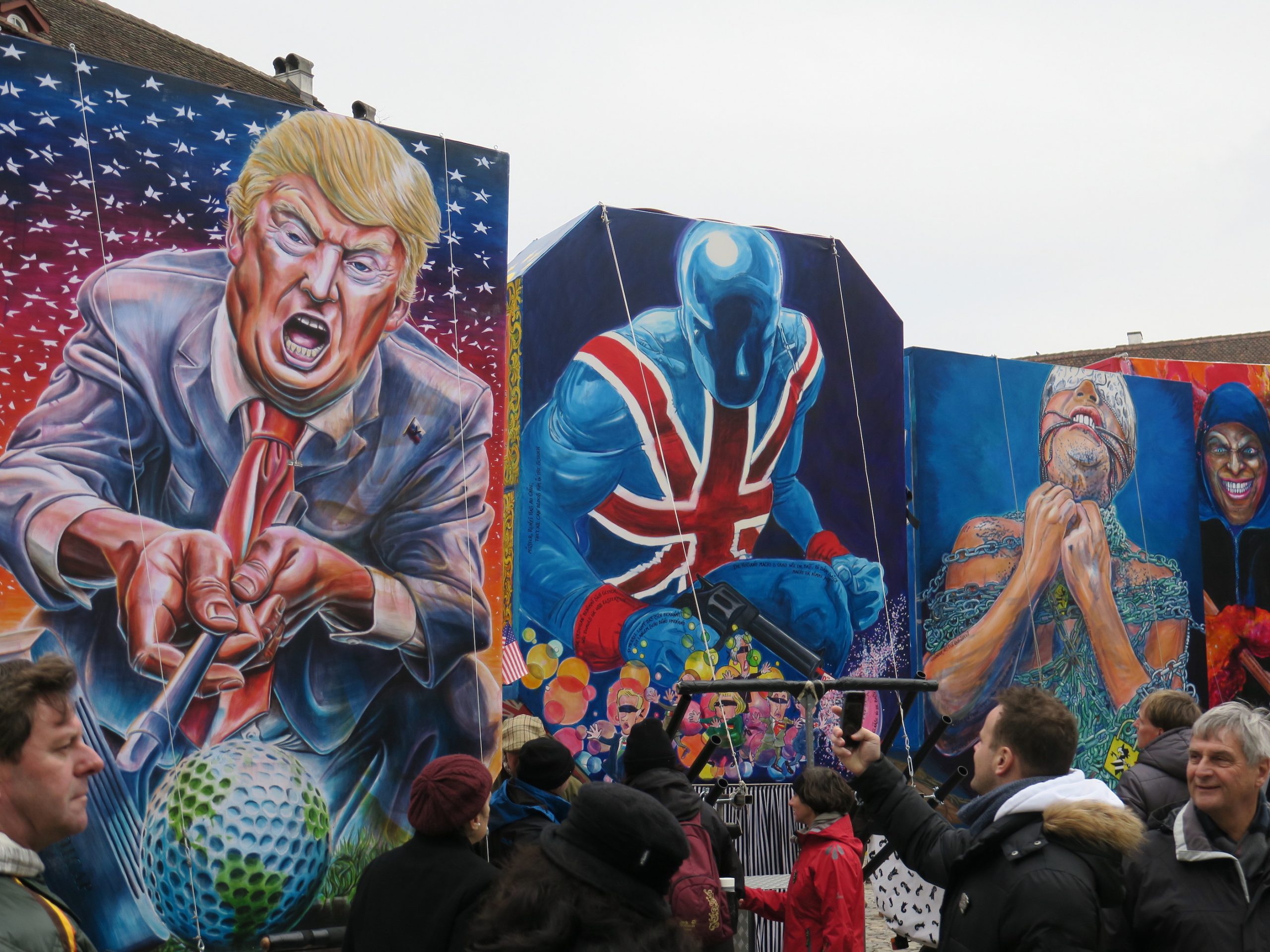 Long ago, when the single income of a TV dad like Ward Cleaver or a Jim Anderson could support a family with cash to spare, banking was viewed, not without justice, as a boring profession.

But deregulation and the transition to casino capitalism in the last decades of the 20th century wrought a fundamental transformation on the profession, releasing the more malign of the bankers’ animal spirits.

The modern era is one defined by the venality of bankers. And yet, at times, it still retains the power to shock.

Dark Towers, by The New York Times‘ finance editor David Enrich, tells the story of Deutsche Bank’s entry into the world of casino capitalism. A relative latecomer to the world of mortgage-backed securities and other more exotic varieties of financial speculation, most of the venerable bank’s history had been characterised by the oak desk stodginess that was the coin of the realm in European banking before WWII.

This is not to say that DB was unwilling to alter its business model to stay current. As Harold James showed in The Deutsche Bank and the Nazi Economic War Against the Jews (2001), the bank’s leadership was willing to take opportunities presented by political conditions.

These included funding the construction of concentration camps and the industrial facilities that often accompanied them (such as IG Farben’s synthetic rubber plant adjacent to Auschwitz III) and laundering money, including gold looted from victims of the Nazi genocide.

During the Cold War, Deutsche Bank returned to the sedate norms of European banking in an era when the struggle against communism served to deflect much interest from unsavoury deeds of the years before 1945. But all this would change in the 1990s, as it looked to emulate the money-spinning approaches of the major Wall Street banking houses.

Enrich’s story has a number of threads. One of the most prominent is that of Bill Broeksmit, an American who worked primarily as a risk manager for DB. Broeksmit’s suicide in 2014, and the subsequent efforts of his son to discover what could have driven his father to it, often read like an elegy for an older model of banking.

One might be tempted to describe this eclipsed mode as in some sense more civilised. But, as Enrich makes clear, the problems that Broeksmit and others tried to bring to the attention of their superiors were only the tip of the iceberg. Predictably, their concerns fell on deaf ears.

A second important thread relates to the relationship between Deutsche Bank and Donald Trump, running through many phases and evincing a degree of dysfunction often bordering on the bizarre.

DB had loaned Trump more than $330 million for a construction project in Chicago in 2005. Unfortunately for everyone concerned, the loan came due right at the same time that the global banking system (and the economy more generally) was in the process of cratering in the autumn of 2008.

Trump’s response to this unfortunate convergence provides an excellent illustration of precisely in what his reputation for business acumen consists.

The then-reality TV star set his attorneys working to find some way out of the obligation. They settled on asserting that the global financial crisis had triggered the force majeure clause in the original contract.

Hadn’t Alan Greenspan referred to the crisis as a “credit tsunami”? If so august a figure viewed the crisis as an act of God, who were they to argue? To emphasise the point, Trump’s lawyers also sued Deutsche Bank for $3 billion for predatory banking practices.

The case constitutes a perfect illustration of a number of the pathologies afflicting American business and government. The cynicism of Chairman Trump and his organisation is remarkable even by the standards of the mores of big business.

At the same time, one of the leading figures in Deutsche Bank’s end of the affair was the son of Anthony Kennedy, a justice on the US Supreme Court.

Having burned Deutsche Bank (and not for the first time), one might have thought that Donald Trump would have been a persona non grata in the matter of future transactions. Clearly other banks had decided that this was the case, as DB was the only bank from which Trump could solicit loans.

Still, only a few years later, Trump was once again lent a sympathetic ear, admittedly by a different branch of the bank and, due to the deficient technological and communications structures of the institution, without the knowledge of the part of the bank which he had previously sued.

Enrich’s narrative is rife with startling examples of the sorts of behaviours bankers will indulge in circumstances of loose oversight.

One particularly egregious case in point is the series of mirror transactions undertaken by DB in concert with financial institutions in Cyprus which allowed Russian oligarchs to launder money when they were the subject of scrutiny (and sometimes sanctions) by American financial authorities.

All of this might tend to raise the question as to whether there was some connection between Donald Trump and Russian oligarchs, both loyal customers of Deutsche Bank. At this time there is no evidence of overlap. The New York Times reporter is careful not to make more of his evidence than it actually supports. He hardly needs to. Dark Towers is a financial thriller that has the virtue of having happened in real life.

Enrich’s book is about the colonisation of a European bank by the institutional values and practices of American casino capitalism. At times it reads like a Greek tragedy, with a cast of fundamentally flawed characters driving toward a catastrophic denouement in an era of financial excess and unrestrained greed.

The most compelling takeaway from Dark Towers is the lack of consequences for its protagonists. Some of the worst violators ended up doing jail time, and there was the occasional suicide, but many ended up getting away with their misdeeds, albeit with significant payouts.

Worst of all, Trump found himself able to set up shop at 1600 Pennsylvania Avenue, a place from which neither repeat bankruptcies nor myriad claims of sexual assault could exclude him.

In the wake of the global financial crisis of 2007-8, there was some hope that bankers might conduct themselves with a greater degree of moderation that had heretofore been the case. Enrich illustrates the countless ways in which the culture of wild-eyed speculation and ill-conceived risk-taking continued at Deutsche Bank well into the decade that followed.

Ultimately, Dark Towers reconfirms that vanity of F. Scott Fitzgerald’s assertion that there are no second acts in American lives. Men like Donald Trump and his enablers in the banking community exist in a sort of financial version of Groundhog’s Day.

President Trump is the poster child for this. Being white, male, and (at least apparently) wealthy turns into a self-fulfilling prophecy when allowed to operate in an environment in which regulation and moderation count for little.

Ultimately, the point is not the damage Deutsche Bank ended up doing, but rather the fact that there is little or nothing to prevent it from happening again.