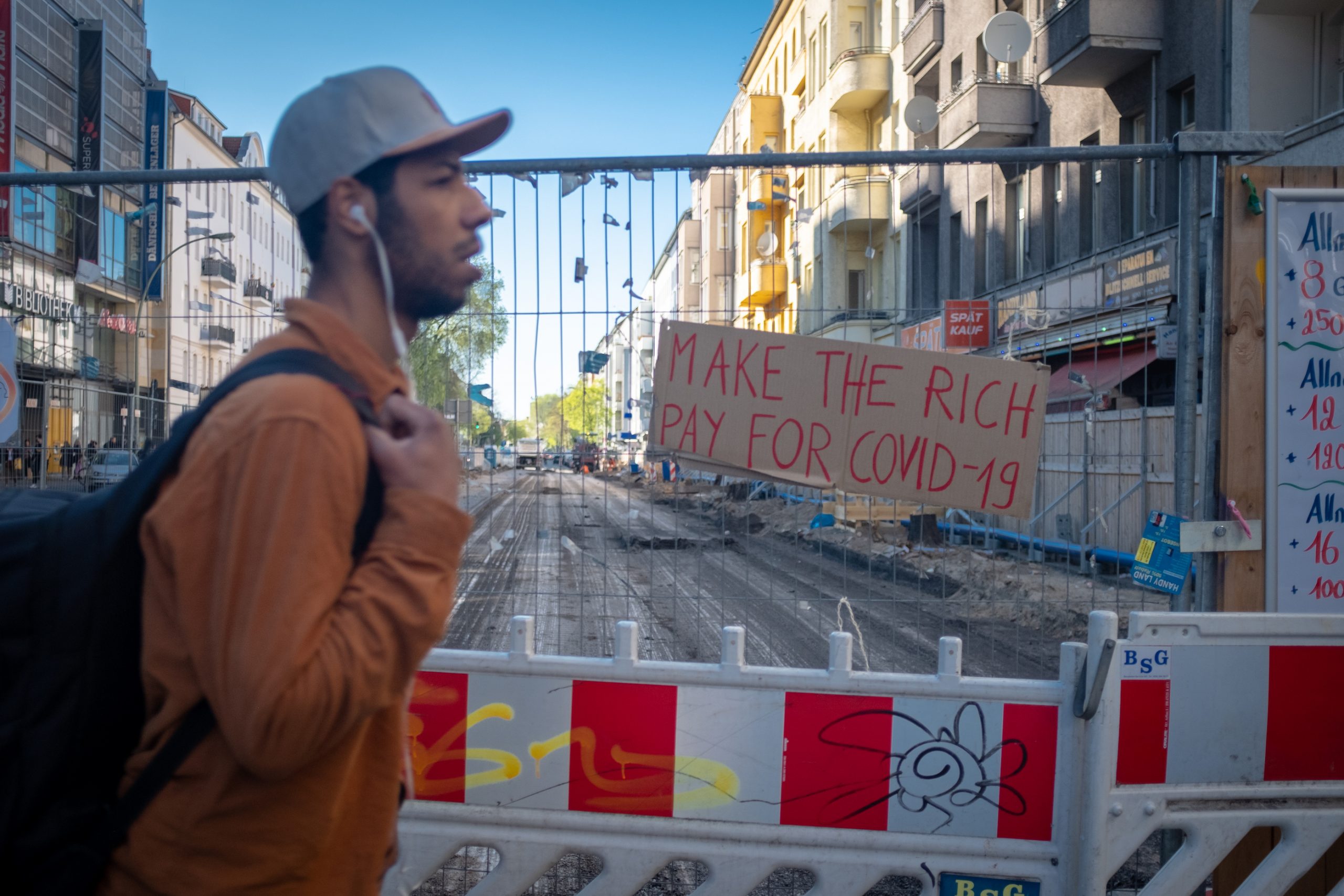 Today’s philosophers don’t do well in crises. The case of Giorgio Agamben, in which he wrongly downplayed the danger posed by COVID-19, is a perfect example.

Thus, the release of a new book on the crisis by the notorious Slovenian contrarian Slavoj Žižek cannot but fill the heart with trepidation.

The last couple of years have not been terribly kind to Žižek. Admittedly, his rough ride has been of his own making.

When one is a Lacanian or a Marxist (or in Žižek’s case both) there is always going to be a someone who thinks you’re a charlatan.

But in his Refugees, Terror, and other Troubles with the Neighbors (2016) Žižek made comments with respect to the refugee crisis in Europe for which intemperate would be far and away the most sympathetic descriptor.

This cost him a great deal of credibility among that section of the left heretofore inclined to give credence to his views. And that’s an understatement.

The distance between someone as lauded as Žižek, and Donald Trump, seemed to evaporate overnight. That’s an awful lot of distance to travel.

This is really a shame. Žižek is not stupid person, contrary to the views of devotees of Anglo-American positivism and those who haven’t bothered to read his work (two sets which seem to overlap quite extensively) his oeuvre is otherwise interesting and oftentimes helpful.

Whether writing about idealist philosophy (especially about Hegel but also Schelling) or psychoanalysis or Marxism, Žižek has consistently shown a capacity for close and thorough readings and operationalising of some very abstract ideas.

Žižek’s analyses of films and novels are similarly incisive. One might not particularly like what he has to say, and his applications of Lacan can be a bit hard to follow, but neither is it the case that what he has to say is meaningless.

Just to take one example, his Looking Awry: An Introduction to Jacques Lacan through Popular Culture is one of the more entertaining and readable books ever published in the Lacanian tradition.

Žižek has the reputation of being an aggravating contrarian. This is acceptable on a high school debate team or a college philosophy class. But it’s less appealing to adults trying to parse fluid and complex situations in times of crisis.

All too often, the contrarian mutates from someone testing out unpopular ideas for the sake of argument to someone who makes a fetish out of playing the devil’s advocate. The results are often useless and self-aggrandising.

Thus it is with a certain degree of trepidation that one finds that Žižek has decided to weigh in on the global pandemic. However, it must be said that Pandemic! COVID-19 Shakes the World is one of the most concise and lucid texts that he has published in quite some time.

Pandemic! contains a series of short essays dealing with various aspects of the crisis. For once, Žižek strikes the proper tone throughout.

While still retaining some of his paradox-loving tendencies, he mostly puts them to sensible ends.

In one instance, which is particularly emblematic for the broader tone and substance of the book, Žižek points out that while COVID-19 sceptics and deniers insist on continuing to have physical contact with others, in this case, separation is the true form of human solidarity.

In the earlier phases of the crisis, Žižek seemed to suggest that there was a positive element in the upheaval caused by the pandemic because it created an opening for communism.

Predictably, this brought him a good measure of scorn. Much of Pandemic! is devoted to explaining and moderating this idea and, it must be said, his argument is not obviously wrong.

Žižek starts from the premise that there are two predominant approaches to the crisis. One, favoured by liberals and others toward the political centre, argues that it should not be “politicised,” i.e. that it must simply be gotten through and the damage assessed afterwards.

Another approach sees things in overtly political terms. COVID-19 has highlighted the most horrific elements of the current geopolitical order: its grotesque inequalities, its inability to cope with disruption, its blithe willingness to let the devil take the hindmost.

The idea of a return to some version of the pre-crisis normality is a fiction, one generally promulgated in the interest of tamping down criticism.

This makes a certain kind of sense, and not only out of a longing for the return to normal conditions of quietude.

The destabilisation of the global order is the kind of thing leftists often claim to want or point to with a kind of perverse glee. But it has its dangers too.

Given the current power of national populist movements around the globe, it is by no means clear that the collapse of neoliberal democracy will not result in a situation far more perverse.

Likewise, as Naomi Klein has pointed out in a series of works starting with The Shock Doctrine, the tendency of global elites is to view crises as opportunities to rejig political and economic norms in their own favour.

Žižek acknowledges this but argues that the current circumstances argue for a move in the opposite direction.

While adopting the term “disaster communism” as a pun on Klein’s idea of disaster capitalism, Žižek’s argument is that the pandemic offers up plenty of examples of increased care and solidarity, as well a strong argument for a socialist transformation of capitalism.

The overriding tone of Pandemic! is reasonable and humane, resisting temptations to obscurantism or the assertion that Stalinism may have gotten some things right.

What will be striking to readers of Žižek’s catalogue is the genuine empathy evinced throughout for COVID-19’s victims, be they the poor, the elderly, the sick, and, umm, migrants.

The prose is simple and direct, unfreighted by the leaven of dirty jokes and superfluous paradox that has all too often been his stock in trade.

It is as if Žižek is telling his readers, “Do what you need to take care of yourself and don’t be ashamed if it’s watching re-runs of Will and Grace. But be ready to fight for change as we come out of this.”

One must confess a certain degree of relief at reading this. There is a time for intellectual theatrics. But we are currently living through the worst crisis in living memory, one that seems likely to go on for some time, and a precursor for worse things to come.

Žižek’s claim that the tragedy is also an opportunity is a call to arms. The economic measures forced upon neoliberal governments provide proof of concept for an order better suited to both human dignity and survival.

This is certainly no guarantee that this will be the outcome of the crisis. But the current moment is one at which decency, humour, and common sense are in very short supply.