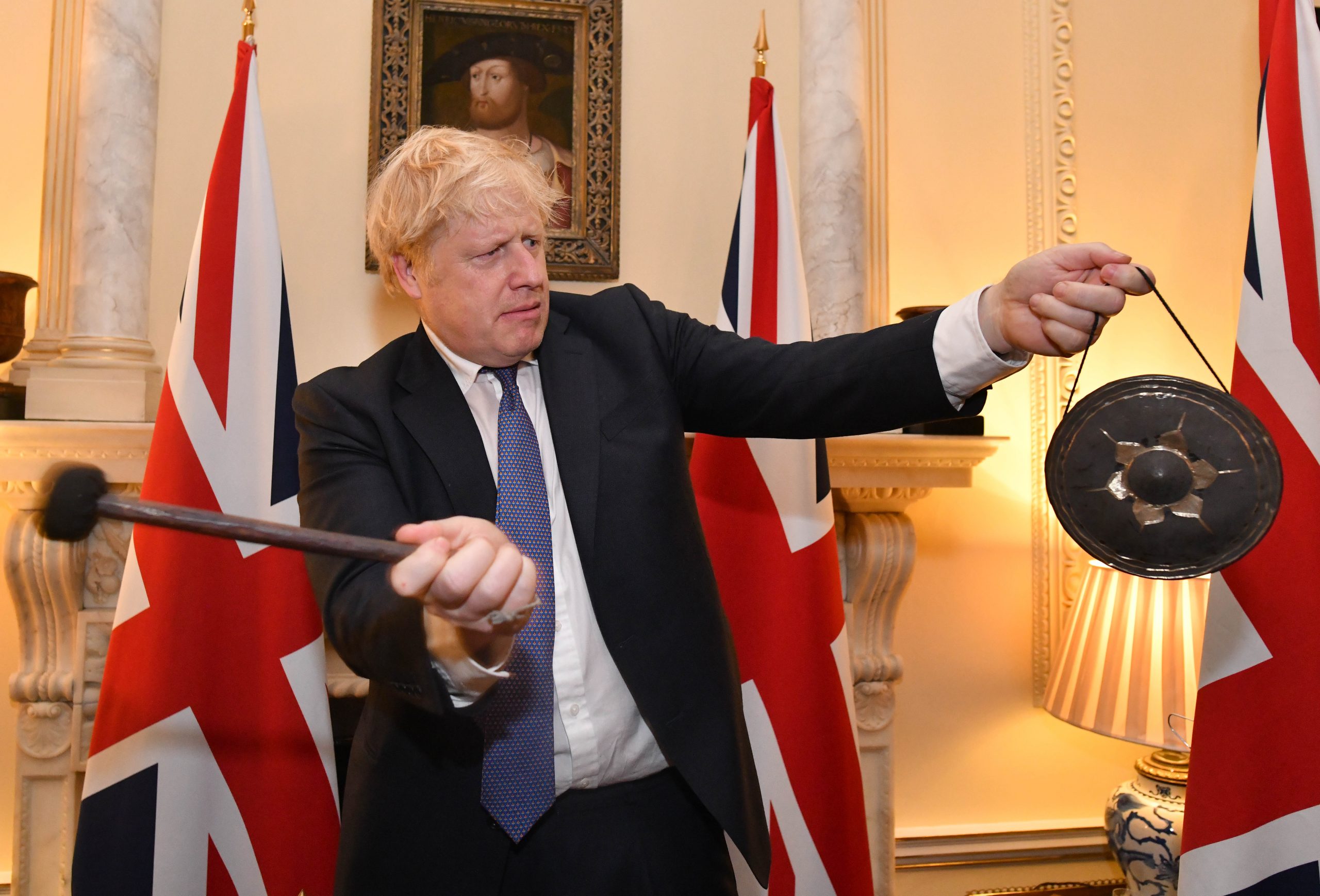 All You Need is Cash

British capitalism found a great friend in the Russian oligarchy.

This relationship was always bound to come back to haunt the establishment. Many hoped the long-awaited Russia report would be the day of reckoning.

Yet the result wasn’t quite what some people wanted and others feared.

The document confirmed much of what we suspected about the UK and dirty Russian money. But it fell short of providing a smoking gun behind the Leave vote.

However, the Intelligence and Security Committee (ISC) report was not a ‘nothing burger’ like the Mueller investigation of the 2016 US presidential election.

The most damning parts of the dossier suggested that the UK government did not take the possibility of Russian interference seriously.

Of course, the British media highlighted this part of the report and buried the fact that it could not prove Russian meddling swayed the EU referendum.

This last point is the crucial detail in the story.

This does not mean there was no Russian interference. It’s just inconclusive whether or not such interference tipped the balance.

Naturally, the ISC report called for a full investigation into the 2016 referendum. Even more naturally, the far-right Johnson government rejected the idea and blocked it.

Boris Johnson tried to put his loyalist Chris Grayling in charge of the ISC ahead of the report’s release. Fortunately, this last-minute manoeuvre was defeated.

So he had Foreign Secretary Dominic Raab claim the Russians backed Corbyn in the last election.

This is the paradox. The Russians are so dastardly, they are supposed to be behind democratic socialism and rightist populism.

Russia has become a repository for all things bad in politics.

The Kremlin seems to be behind every twist and turn as liberal democracies lurch from crisis to crisis.

Some on the centre-left want to blame Russian meddling for the Brexit vote, while sections of the far-left saw a Russian hand behind the Tory victory in 2019.

Meanwhile, the centre-right is trying to draw the very same accusations against the Labour campaign.

The reasons why Russia would want to undermine the US and Europe are clear.

After all, President Vladimir Putin has understandable motives to undermine Western governments which support sanctions against the Russian state.

The Russian Federation has been locked out of the international community, or at least the ‘respectable’ part of it, ever since the 2014 invasion of Ukraine. The Ukraine crisis was a breaking point for the US and the EU after years of tensions.

Western leaders had been willing to tolerate Russian aggression when it happened in places they didn’t care about – most notably in Chechnya.

But it was too much this time. Not only is Ukraine a Christian country, more or less. The onetime breadbasket of the USSR sits on the EU’s doorstep.

So the US and the EU were much less likely to turn a blind eye to ‘little green men’, AKA Russian special forces  – let alone a full-scale annexation.

Western politicians were horrified by Moscow’s display of power. The Cold War may have been over for more than 20 years, but it suddenly felt like the old enemy was back.

It wouldn’t be long before the US and much of Europe became enthralled by the idea of Russian interference.

Cold War 2.0, as it came to be called, could serve any number of ends.

By 2014, Vladimir Putin’s government had adopted a new strategy to shore up its base.

Echoing Republican reliance on Evangelicals in the US, Putin appealed to a hard-line Russian Orthodox chauvinism to buttress post-Soviet nationalism.

The strong man always promised stability and order, but now it was about social order and a return to family values, AKA, Jesus and the church.

It was about what kind of society Russia should be. The Putin government may have feared its longevity was at risk if it could not articulate a new agenda.

The anti-gay ‘propaganda’ law was an early sign of things to come.

Once Crimea was seized, Russia found itself out in the cold. This sharpened long-running tensions over foreign policy.

We’re still living with the aftermath of Crimea. It’s as if the worst fears of Eastern Europe have become global. The Russians are still pulling the strings, somehow.

So, when Donald Trump won the 2106 US election, the result was soon framed as a victory for Moscow.

Although Clinton took the popular vote, Trump came out on top because he secured more Electoral College votes.

Nevertheless, the Clinton wing of the Democrats has tried its best to find the smoking gun that proves Russia hacked the election.

So far the evidence has yet to surface. However, this isn’t to say there was no attempt to influence the American poll.

Donald Trump was their preferred candidate, ex-Mossad chief Tamir Pardo controversially disclosed to Haaretz in 2018, even though he wasn’t on payroll.

The Russian government may have favoured a Trump victory, just as it has supported Marine Le Pen in France and Matteo Salvini, in Italy, with money and disinformation efforts.

There is plenty of evidence of links between President Trump and the Russian oligarchy. Vladimir Putin’s famous “my friend Donald” statement is a familiar one in his circle.

The troll farms and online bots are just one small part of the picture. The same goes for the Clinton emails leak.

What’s more important is the way Russian money helped save the Trump Organisation in the 1990s.

Likewise, the role of Russian oligarchs in UK politics is very real but the basis is financial.

The UK property market and financial sector have served as a laundromat for ill-gotten gains going back many years. A Russian oligarch is just one more client.

Many Russian oligarchs have legitimately made it in Britain.

Alexander Lebedev and his son Evgeny, for example, have become media barons, acquiring both The Independent and the Evening Standard.

Yet Lebedev was once a KGB agent who knew Putin well. He was also a supporter of Soviet reformer Mikhail Gorbachev.

The Lebedevs have become close associates of the liberal Tory establishment.

They were happy to appoint George Osborne the editor of Evening Standard in 2016, just as they replaced him with David Cameron’s sister-in-law earlier this year.

The former Chancellor of the Exchequer has since been appointed the newspaper’s editor-in-chief.

Other oligarchs have a lot more to hide.

Unlike Switzerland, the UK has no need for banking secrecy laws thanks to its former colonial outposts like the Cayman Islands and Crown Dependencies like Jersey.

The UK is perfect for oligarchs, not just because of its economic clout, but because British company law allows businesses to be used as money laundering vehicles.

It’s no accident that there are Russian websites advertising how to set up such companies in Britain.

It’s easy to set up a company in the UK without serious scrutiny.

If you want to go further to avoid the British authorities, you set up a trust in Jersey or a subsidiary in the Caymans, with no consequences.

This is why so much Russian money has ended up in the City of London. It’s a convenient way of getting legitimate and joining a respectable elite society.

Russian oligarchs have been able to embed themselves in the British ruling class. They are a part of a new aristocracy in a decaying society.

Modern Britain is a playground for kleptocrats from all over the world.

The UK offers opportunities to pay very little or no tax, a precarious workforce and lax financial regulations. Meanwhile, the London property market is more overvalued than ever.

It should not be a surprise that Russian oligarchs have used their wealth to buy influence. This is what the super-rich do with a home and abroad.

It’s not about being Russian. It’s about being a successful capitalist. The Russians are just newer to the game.

Nor should it be a surprise that the British political class was so happy to welcome the oligarchs, in spite of their nouveau riche trimmings.

The press seems to conveniently have forgotten the scandal of Blairite Lord Peter Mandelson and George Osborne hanging out with aluminium tycoon Oleg Deripaska on a yacht in Corfu.

But, the idea that Russian oligarchs are tied to a particular political agenda is questionable.

Deripaska, for example, was happy to court New Labour, just as he was happy to work with Paul Manafort. It’s not so much about populism as it is about influence for short-term gain.

Then there’s the case of the late Boris Berezovsky, who sent letters to Vladimir Putin begging his forgiveness.

This was after years of posing as a great liberal Russian dissident. He was the same man who personally helped Putin become president.

It was only when Berezovsky lost access to his fortune – following his legal battle with Roman Abramovich – that he began to ‘repent’.

His begging was unsuccessful. Putin even publicly claimed not to know the man. So the oligarch decided to leave this world early.

The Russian oligarchs tied to the Tories today may not be their friends forever.

For as long as the London laundromat keeps going, the UK will be a great friend to kleptocrats.

Yet the future is ever more uncertain for British capitalism – and Brexit is the ultimate uncertainty.