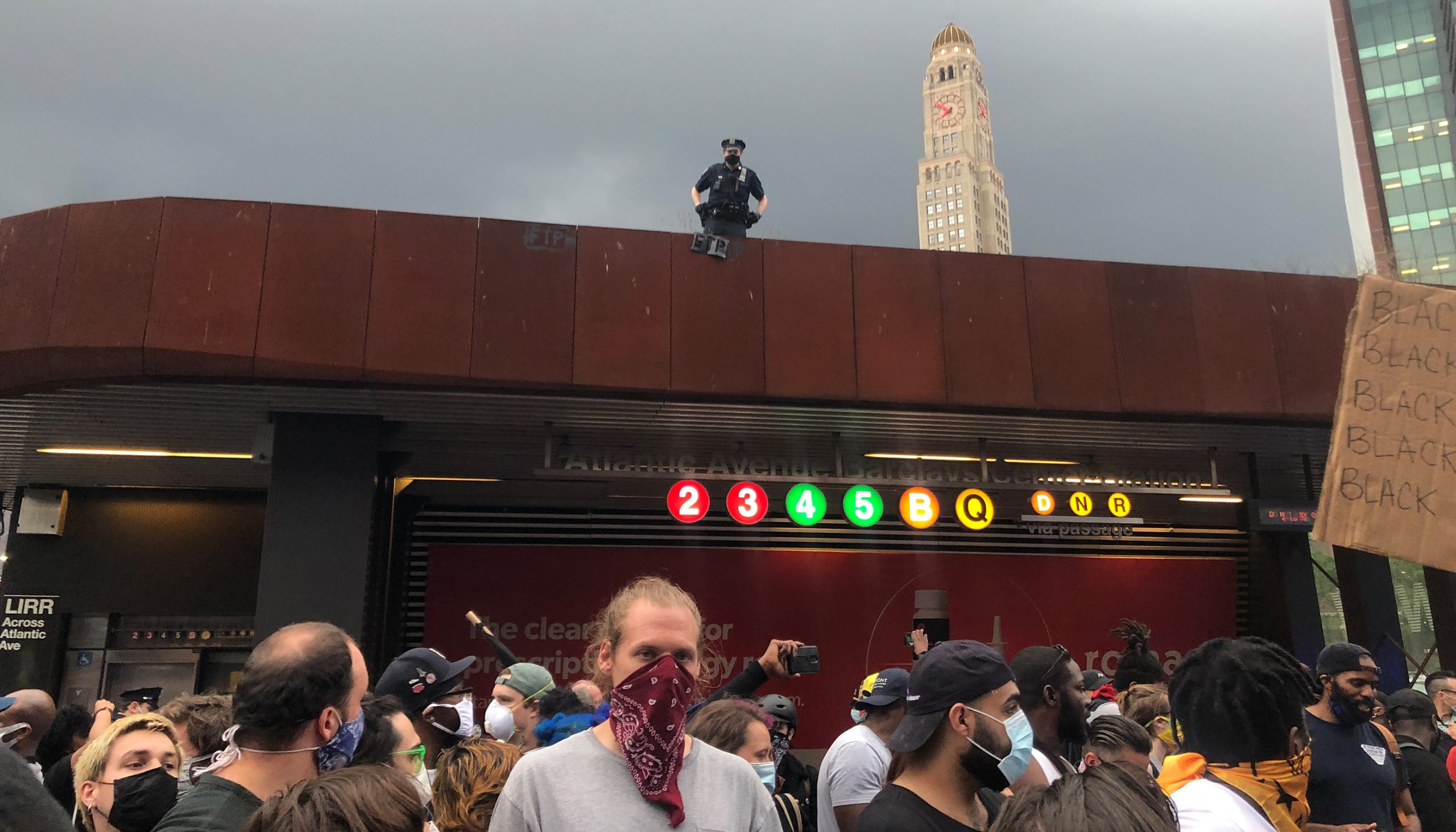 Black Lives Matter is a human rights movement. It’s about the discrimination that people of colour experience today, in democracies that supposedly guarantee equal rights.

But, as its revival this summer attests, in both the United States and the European Union, BLM has assumed the contours of something much bigger.

It’s also about a political environment in which sound plays an increasingly important role in current events. What we hear has become as important as what we see in video and photography.

Sparked by the sound of George Floyd pleading for his life, recordings of protests, and American police using sonic weapons like LRADs (long-range acoustic devices), field recordings are the new witness.

If you can hear it, it happened. Field recordings are about politics, how it addresses us and how we use its acoustic qualities to look for the holes and the inconsistencies in our societies.

So, in the case of Floyd, you can imagine where it fits. In order to win the fight against racism, the sounds of conflict must be recorded and heard loudly, and, most importantly, clearly.

That may sound novel, but for many musicians and producers, this is what drove them to write songs and make records, instead of become reporters. Hence Chuck D’s hip-hop is “the black CNN” quip.

We also wanted to provide no-nonsense artist development and specialize in nurturing individual artists, and their scenes, which have so far included Albania, Iran, Japan and Palestine.

It may seem far-flung, but even for the most microscopic subgenre, everywhere is local now. That doesn’t mean music is the same everywhere. It’s just that the communities are broader, geographically, than they were when London was a world away from Liverpool for a band like The Beatles.

But that’s why it makes sense that the UPA and Battleground are teaming up to publish field recordings and music.  With the fallout from George Floyd’s murder an international event, what happens on the streets of my hometown, New York, is as important in Brussels as it is in Washington DC.

True to the spirit of our projects, sound is politics and politics is art. There’s no point not mixing up field recordings with essays about Brexit and Black Lives Matter in Germany. It’s a far more interesting approach to using audio in news publishing than having your web browser read articles to you.

Here’s a good example: On 28 June, an ensemble of string players (violinists, violists and cellists) congregated under the arch in Manhattan’s Washington Square Park to perform a group improvisation during a vigil honouring Elijah McClain, a victim of police brutality who also played the violin.

Al Zlogar, a student of sound design, audio forensics and music composition at the UPA, was assigned to capture better sound for organizers, protestors and journalists to retain and use for better documentation of this sonic experience. Recording this event was on his to-do list.

The video didn’t make it onto the news, but it is relevant on its own, which is why we’re including it here.  Zlogar’s footage captures an extraordinary cultural intervention in the Black Lives Matter crisis, one which is practically absent from the sensationalist, tabloid coverage of unrest following Floyd’s death.

BLM is always about angry, faceless African Americans, clashing with the cops, not a string ensemble. If that doesn’t change your mind about the upheaval, nothing will. But you get my point.

After the protests quickly became violent, and more and more media began to emerge of police brutality, the UPA decided to join together with several top-notch audio engineers, including Randall Dunn, Heba Kadry and Marta Salogni, to assist protestors, organizers and pro-bono lawyers to clarify sound recordings taken from phones and cameras to better prove their cases in court.

Another example: In 2017, the UPA collaborated with Mideast Tunes: Music for Social Change, the most popular streaming platform for artists from the Middle East and North Africa, to produce a sub-platform called Taqsim (Borderless Music Archive) where users are inspired to record and share field recordings for producers to process and use in musical contexts.

Taqsim was developed and featured tutorials from UPA’s own crew, including Scotty Hard, HPrizm, myself and Moroccan sound artist and researcher Sukitoa O Namau (a student and scholarship winner at the UPA), to inspire the use of field recordings as source material for creative musical collaborations in the MENA region.

In sound, there are several types of noise: White noise, Pink Noise, Brown Noise and Black Noise which is the silent one.

Not so with the Black Noise website, which we developed to feature the sounds of protest, and showcases the work of UPA field recording students as well as field recordists in other states who had their own protest recordings to share.

The Black Noise site allows visitors to zoom into the page, and scan the image for sounds. It also allows users to share individual selections of the map’s sounds with others, with a unique URL within the screen, to hear other areas of protests from around the United States.