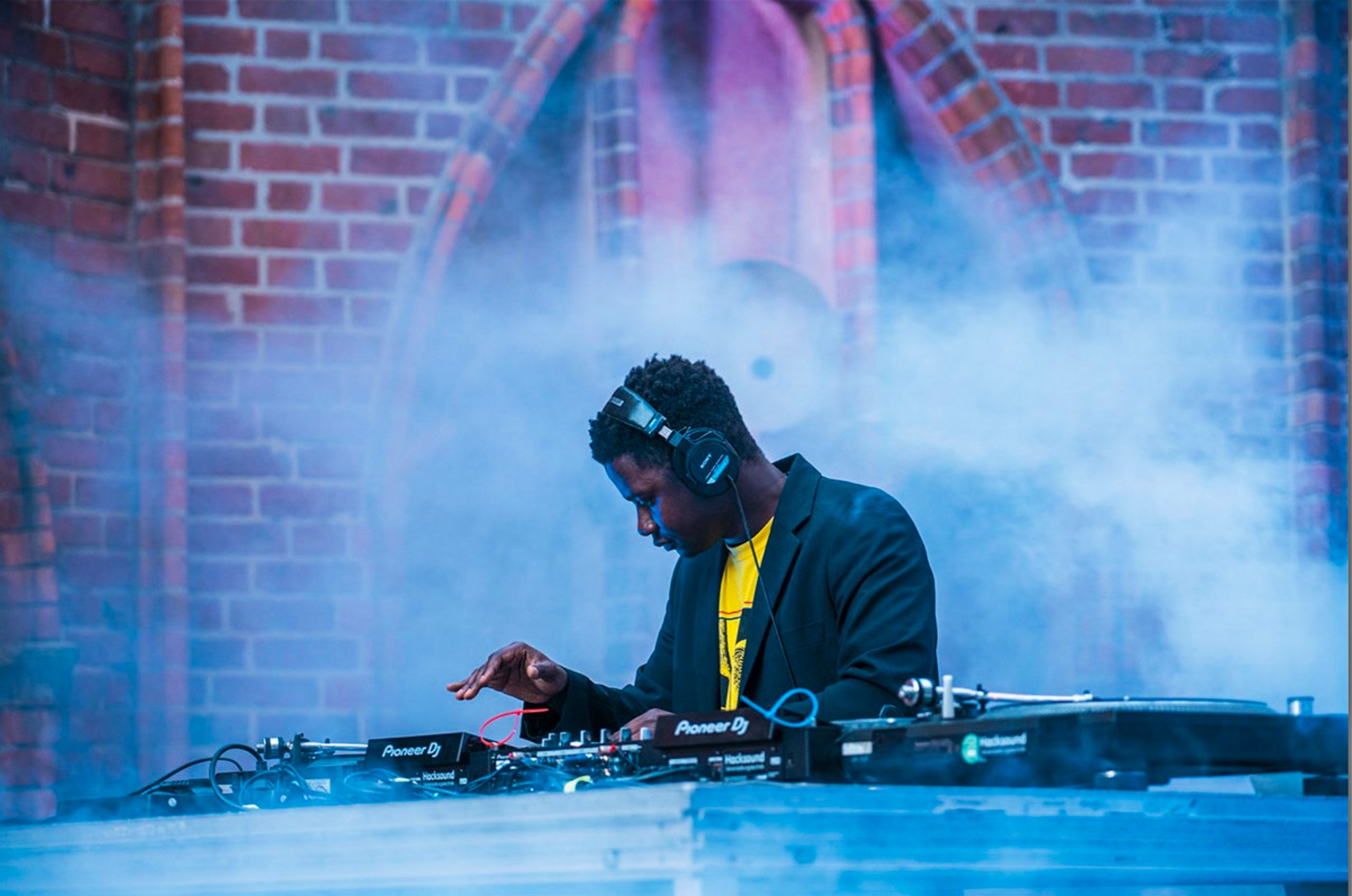 If one of the tracks made by Berlin-based DJ and producer Lamin Fofana came up while you were listening to a playlist, you might well take it for arty electronica, deeply compelling on its own terms.

Whether on his 2016 album Doubleworld, its 2019 follow-up Black Metamorphosis, or the scattered EPs he has released over the past decade, Fofana crafts delicate, off-centre electronic compositions that reshape whatever spaces they fill in their own image.

Some, like Doubleworld’s “When the Fever Breaks”, with its propulsive 4/4 rhythm, would be well-suited for a latter-day rave.

Others, like the delicate “Artifacts of Displacement” from Black Metamorphosis, feel like the negative space of the dance floor, the odds and ends left over after the demand of the beat has asserted itself.

But this formal brilliance functions as the proverbial Trojan horse, insinuating its way into the minds of listeners until they are ready for Fofana’s conceptually rigorous critique of racial formations of the post-colonial era.

Born in Sierra Leone, Fofana and his family were forced to move to neighbouring Guinea during the civil war in their homeland. Then, when he was a teenager, they emigrated to the United States, where he spent nearly twenty years before moving to Germany in 2016.

As a consequence, Lamin Fofana has developed what might be called – paying homage to the work of the great African-American thinker W.E.B. DuBois – a quadruple consciousness, defined by successive stages of exile and the intellectual labour required to bring the compartmentalised stages of his life into conversation with each other.

What sets Fofana apart, above and beyond the intrinsic auditory interest of his compositions, is his gift for transmuting this quadruple consciousness into matter. The more you know about his background and the time he has spent researching the diasporic condition of African peoples, the harder its impact.

This is music keen to remind you that every pulse of sound derives from displacement, the movement of particles through the air, a perpetual exiling of molecules from one location to another.

And also to help listeners make the connection between that displacement and the one that political and economic refugees like Lamin Fofana feel so keenly, exacerbated by a legacy of racial exploitation and discrimination.

Few artists do a better job of explaining their underlying purpose than Fofana does. Although streaming services like Spotify and Tidal strip tracks of the extra-musical content intended to place them in context, Bandcamp makes it possible to perceive the full measure of his achievement.

Consider his liner notes for Doubleworld.

“In October 2014, a physician was diagnosed with Ebola in New York City,” they begin. “He had returned from working with Doctors Without Borders, in Guinea. I was living in Brooklyn at the time. I remember the amount of panic and confusion and outright fear-mongering this ignited – from city officials down to average New Yorkers in the subway. It was as if the entire city was about to be engulfed by the disease. The climate was toxic.”

Fofana goes on to contrast this largely manufactured panic with the reality on the ground in West Africa, where entire communities were being ravaged, leading him to the concept communicated by the album’s title:

“As an African immigrant living in the States with family in Sierra Leone and Guinea, I observe the events and moods reflected on both sides of the Atlantic. In the end, a Liberian man died in Dallas, a nurse’s dog died in Spain, while more than 11,000 people perished in West Africa.”

The implication is clear. We live in a world where some lives have been made to count more than others. Lamin Fofana means to fix the ledger.

While the power of Doubleworld’s music can still come through loud and clear in the absence of this context, for those who listen intently, it becomes immeasurably richer once you have a sense of it.

That is no doubt a prime motivation for Fofana expanding the scope of his cultural interventions beyond traditional record production into the role of curator.

For example, his latest “release” repurposes the template of the DJ set to produce a complex collage for the avant-garde audio magazine The Wire, with the voices of black thinkers like Sylvia Wynter superimposed over a rich ambient bed.

Taking on this role is consistent with a broader trend in our culture, in which the act of creation must extend beyond traditional, self-contained works to the production of “filters” for the overwhelming quantity of content that bombards consumers right now.

In Fofana’s hands, however, this curatorial labour doubles back on itself, deconstructing the distinction between the work of art and the work of sorting art.

This results in an ontological crisis, but one that is enormously illuminating. In our not being sure what, precisely, this collage is, we come to realize just how arbitrary the distinctions are between music and speech, expression and reflection, art and life.

In the 19th Century, the famous – and famously racist – composer Richard Wagner developed his idea of the Gesamtkunstwerk, in which music, words, acting, stagecraft, costumes, and set design would be fused together to create a singular experience.

Fofana’s collage for The Wire does a remarkable job of demonstrating how, at a time when music is portable to a degree inconceivable in Wagner’s time, making it possible to undertake our daily routines with a near-perpetual soundtrack, curators can turn the Gesamtkunstwerk inside out, fashioning it from bits and pieces that precede and exceed any one individual.

But this theoretical achievement is immensely richer because it goes hand in hand with the more traditional works Fofana produces.

Like almost all electronic artists, he constructs them from a reservoir of sounds that he is constantly curating, repurposing them so that they can serve as the building blocks of music.

This procedure necessarily decontextualises its source material, for both artistic and legal reasons. When it is coupled, however, with a rigorous effort to reintroduce a broader historical context, the tension between these competing impulses transcends their limitations.

Listening to Lamin Fofana’s work reminds his listeners that artists delineate the scope of their work by severing the connections between its components and the contexts from which they derive. At the same time, it encourages them to seek out evidence of such ruptures and find a way to reestablish connections between art and life.

It’s a profound lesson, made all the more illuminating because of the diligence with which Fofana links his formally cosmopolitan compositions to the concrete experience of black lives today.

While the African diaspora is forever shaped by decontextualization, it is also inspired by the desire for new kinds of rootedness. In drawing attention to this relationship at a formal level, Fofana makes it easier to understand how it plays out experientially.