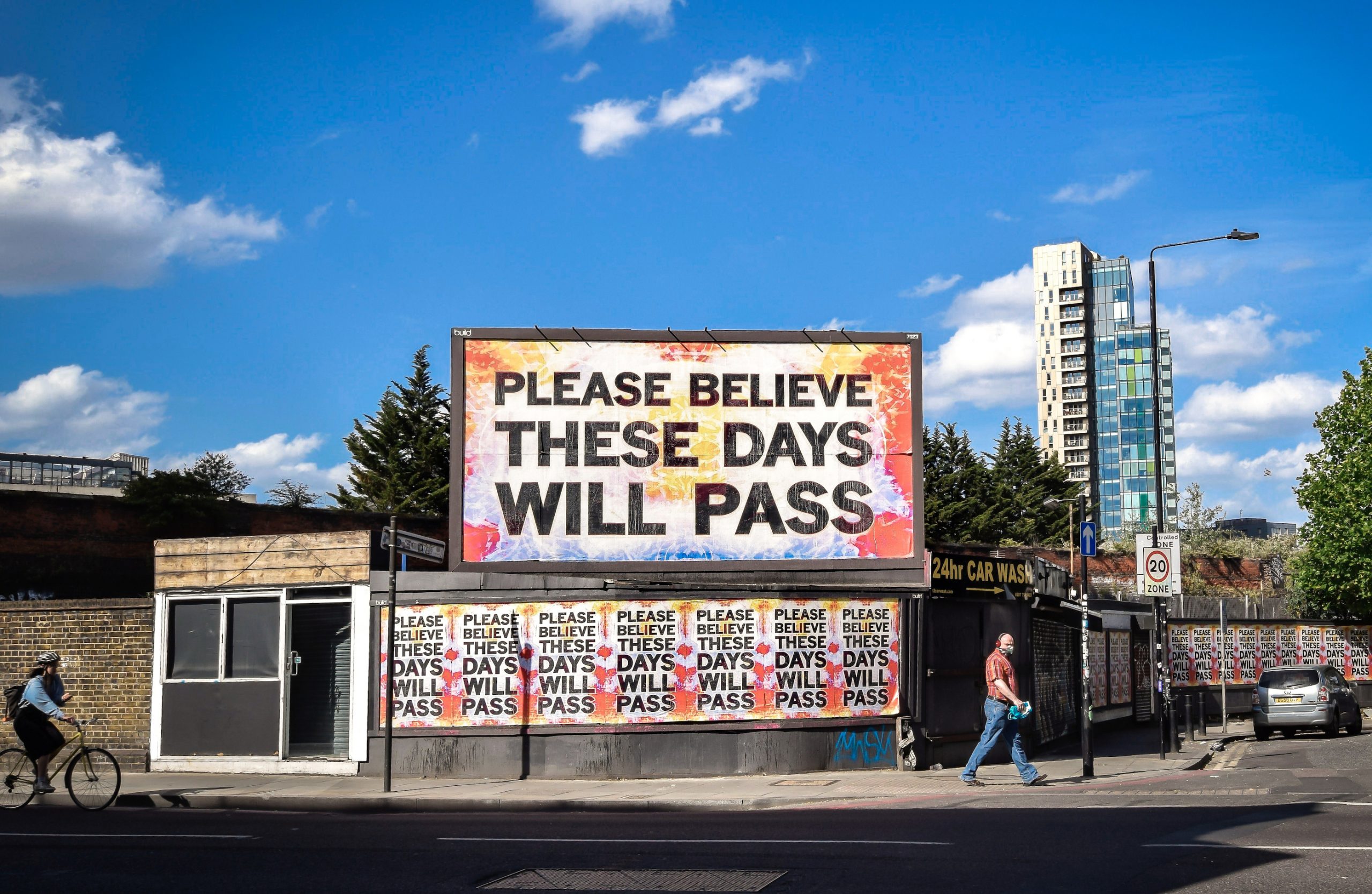 The Truth About Coronavirus

Science and Governing the Emergency

The phrase “being led by the science” has been repeated like a battle cry by leaders across Europe since the first cases of COVID-19 appeared on the continent in February.

Scientists and scientific advisors have been front and centre of the response and in the media’s glare to an unprecedented extent.

In the UK, Sir Patrick Vallance, the chief scientific advisor, is regularly at the side of Boris Johnson during Coronavirus news conferences, fielding questions from selected journalists and members of the public via Zoom.

For politicians, the appeal of claiming to be “governing by science” is twofold:

Firstly, it presents a kind of anti-political front which they hope will convince the public of the supposedly common sense and neutral (non-ideological) status of their policy decisions.

This helps manage the uncertainty inherent in the crisis situation by presenting it as a moment of unity and the government in question as non-partisan and responsible.

Secondly, adopting this approach allows politicians to deflect criticism for their decisions.

Framed against a backdrop of supposed neutrality and objective necessity, opposition parties attempting to hold governments to account can be accused of politicising the situation or undermining the national effort.

Since the first peak of the pandemic passed in the summer, there have been increasing demands across Europe for inquiries into the handling of the crisis. Most have been rebutted or pushed into the long grass.

Even the much embattled World Health Organisation has under pressure agreed to conduct an inquiry into its role in the global response.

The degree of unanimity around the virtue of being led by science belies the high levels of public scepticism around the role of experts and the use that is made by politicians of the often widely varying scientific advice they receive.

Despite continual assurances around the safety and efficacy of vaccines, a poll commissioned by Euronews in October found only a third of French respondents said they would get vaccinated against Covid-19.

UK respondents were found to favour getting the jab by almost two-thirds, higher than in Italy or even Germany, where despite comparatively high levels of public trust in government, little over 50% said they favoured vaccination.

Figures like this have to be framed with long-standing and well-publicised trends of falling levels of public trust in politicians and experts, alongside a flourishing culture of conspiracy and the perception that populist leaders – most notably Donald Trump and Brazilian President Jair Bolsonaro – have done their utmost to undermine the scientific response to the pandemic.

Within this context, public perception of science was already politicised by being set against its apparent opposite, the populist and nationalist form of government which privileges value-laden notions such as sovereignty and culture, while treating facts as inconvenient and easily dismissed.

Polarising the issue along the lines of “you’re either with the scientists or with Trump and the Covid deniers” does little else but obscure the question as to what being led by the science actually means during a global public health crisis.

Despite (or perhaps because of) science penetrating every aspect of our daily lives, there is still widespread ignorance about what scientific claims are and what scientists actually do.

British talk radio host Nick Ferrari, interviewing a scientist involved in the Oxford/AstraZeneca vaccine exemplified this ignorance by asking about “eureka moments” when holding up test tubes in the lab.

This is a caricature of pharmaceutical development which in reality is an immensely complex endeavour involving multiple private and public institutions and expertise in numerous distinct fields.

The scientific industries, like all other industries, are subject to the division of labour. Few are the scientists who have anything approximating a bird’s eye view of their endeavours and those who do are rarely found wearing white coats.

In 1992, Silvio Funtowics and Jerome R. Revetz published a landmark article on what they termed “post-normal science”, which aimed at describing what happens to scientific knowledge as it becomes tasked with solving increasingly complex problems at the societal level.

The kind of lab work Nick Ferrari was thinking of and is most commonly associated by the public with the applied sciences, is what the American philosopher Thomas Kuhn famously described as “Normal Science,” which he compared to puzzle solving.

This activity involves a limited number of variables, minimal uncertainty and few barriers to effective gathering of empirical data and the drawing of conclusions.

However, partly in response to increasing awareness of the catastrophic implications of technological failure, such as occurred at Three Mile Island in 1979, the Bhopal disaster in 1984, and of course Chernobyl, there has been a growing awareness of the need to take extreme uncertainty into account and to modify our understanding of scientific enquiry.

This has predominantly taken the form of risk-based analyses which are now commonplace across the economy and government. In the case of environmental protection and public health, these risk-based analyses have been increasingly guided by what is called ‘The Precautionary Principle’.

In its broadest form, the principle holds that any action which may risk harm to either human health or the environment be deemed inadmissible unless proven harmless, or the risks significantly mitigated.

Versions of this principle were written into the 1992 Rio Declaration on Environment and Development and it appears as article 74 in the Maastricht treaty.

There is much debate about whether the principle represents an anti-scientific barrier to technological progress or a science that acknowledges limits to our ability to acquire knowledge and control uncertainties.

The coronavirus pandemic represents an extreme case of uncertainty, where the stakes couldn’t be higher and the costs of both action and inaction are difficult to determine.

These are the quintessential conditions for post-normal science, under which planning becomes a rhetorical means by which policies can be justified as reasonable promises that exigencies can be controlled.

All of this highlights the core problem for any government facing a major public health crisis with little to guide the response. In the absence of empirical data on COVID-19, for example, how can knowledge be generated to legitimise policy in the face of extreme uncertainty and high stakes?

An additional complication arises from how this kind of science sits within the context of contemporary politics, which in the post 9/11 world we have become accustomed to thinking of as mostly about security.

Science and the Security State

The emphasis which has been placed on protecting health systems from being “overwhelmed” during the pandemic is consistent with a form of national security planning that American sociologist Andrew Lakoff termed Vital Systems Security, which addresses the highly unpredictable and potentially catastrophic events to which post-normal science would also apply.

According to Lakoff, Vital Systems Security developed out of the extension of Cold War civil defence planning into other areas of public policy in the latter part of the 20th Century. Driving this was an awareness that a generic “preparedness” strategy would help bolster national security against a range of threats including terrorism, natural disasters and emerging diseases.

In 1998, the Johns Hopkins Center for Civilian Biodefense was founded. This institution spearheaded a concept of biosecurity which included both the threats from emerging diseases and bioterrorism.

One technique that developed out of this strategy involving vital systems was the use of risk analysis as a means of prioritising resource allocation and running scenario-based exercises to generate speculative data to guide policy.

The early years of the new millennium were to be fertile ground for this new articulation of national security and post-normal science-led disaster preparedness.

In the wake of the terrorist attacks of September 11th 2001, Hurricane Katrina and the Indian Ocean Tsunami of 2004 disaster, planning, including pandemic preparedness, increasingly took on and was shaped by national security concerns.

This trend was not confined to the US. In 2007, the World Health Organisation published a report on global public health security which described pandemic influenza as “the most feared security threat“.

Summarising the shift in scientific thinking from the 1976 swine flu scare in the US to the pandemic preparedness of the mid-2000s, Andrew Lakoff notes that the prominent form of knowledge used to authorize expert claims about needed interventions had changed.

Rather than the statistical calculation of risk based on the historical incidence of disease, the emphasis of experts was on knowledge gathered through the imaginative enactment of singular events.

The development of these risk and scenario-based techniques for generating knowledge around an emergency situation involving high levels of uncertainty is key for understanding the role that epidemiological modelling has had on political responses to the Coronavirus pandemic.

In particular, the use of worst-case models to predict potential rates of infection, deaths and hospital admissions have been a driving factor in legitimising government lockdowns and other interventions designed to protect health infrastructure and suppress the virus.

The use of these models to justify health policy and the suspensions of civil rights has not been without controversy. In November, the UK’s statistics watchdog wrote to the government’s chief scientific advisor Sir Patrick Vallance criticising the data used to justify the lockdown that month. The projection of 4000 coronavirus deaths a day by December was singled out as especially questionable.

When quizzed on the government’s use of epidemiological predictions, Prime Minister Boris Johnson admitted that projections did indeed vary widely, but that he and his ministers were committed to communicating the data as clearly as possible.

Writing in 2014, Carlo Caduff of the Department of Global Health & Social Medicine at King’s College London succinctly described this rationality: “In situations where truth is suspended, the principle of precaution requires authorities to consider the worst imaginable case as the most likely scenario.”

Adopting such a post-normal approach represents a “reaffirmation of agency and sovereignty”.  When uncertainty is at its highest and the costs of inaction could be catastrophic, the principle of precaution enables policymakers to proceed even if the risk in question has not been fully determined.

Both post-normal science and the precautionary principle depend on acknowledging a value-centred politics and a deliberative democracy in order to fill out their otherwise “empty vessel” formulations. This is their unavoidably utopian element.

However, this need runs against the prevailing mode of technocratic thinking about how secular societies should be run, and how decision making should be justified to the public.

It is also naive in assuming that at a time of crisis, when the legitimacy of governments is vulnerable, that politicians will give ground on their national security-focused and command and control strategies.

A long-standing criticism of these precautionary approaches is that they are Janus-faced in the context of competing harms, which in practice leads policymakers to overly privilege the risks of inaction while ignoring or downplaying the risks associated with intervention.

During the COVID-19 pandemic, governments and experts have given daily briefings on the latest figures for the virus itself, but comparatively little data has been collected or shared about the human costs of their response.

This is at least in part down to the fact that across the developed world, governments have approached this major public health crisis with policies framed by national security concerns, with all the opacity and centralisation which that entails.

Governing through emergency legislation and ministerial decree rather than consensus and democratic deliberation has been the story of the pandemic. It is not an environment conducive to an objective use of science.

In an emergency situation, it is all the more important to be aware that science never exists in a vacuum. Science can never be abstracted from the charged political contexts in which it is required to speak truth or the policies and procedures through which it is made to work.

This is always the case. But never more so at a time of crisis and uncertainty, like the Coronavirus pandemic, when the stakes couldn’t be higher.

Photograph courtesy of Teseum. Published under a Creative Commons license.