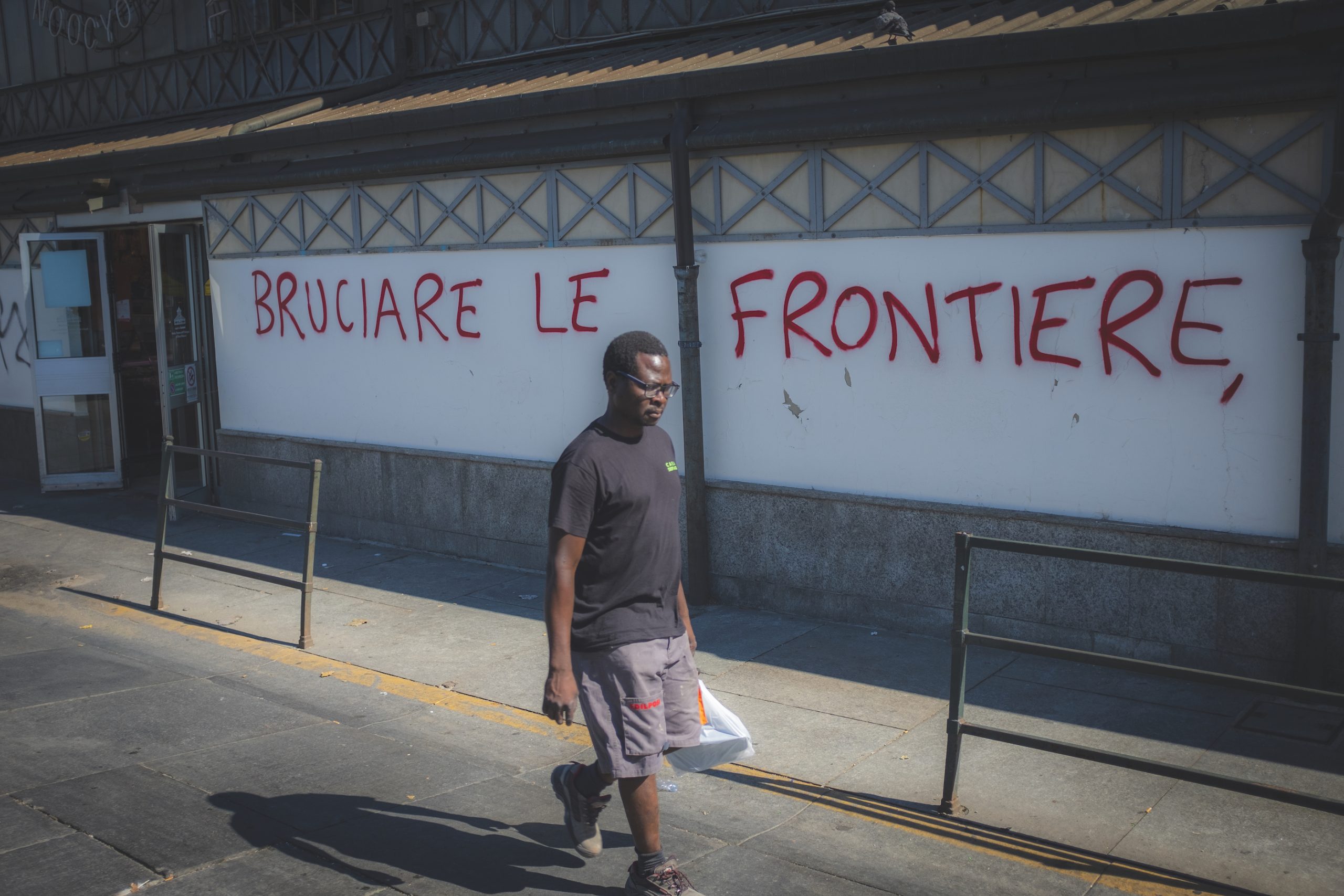 The recent Italian films The Life Ahead (La vita davanti a sé) and Mom to Hundreds (Tutto il giorno davanti) thematise the plight of underage migrants from the developing world, seeking to extract maximum sentiment from audiences.

Critics rarely use the word “sentimental” to praise. The situation is even more extreme on the left, where sentimentality is usually regarded as the enemy of insight.

Bertolt Brecht devised his epic theatre to combat it. And cinematic offspring like Jean-Luc Godard tried very hard to adapt it for their medium, which seemed particularly vulnerable to the tyranny of feelings. To battle for hearts and minds seemed contradictory.

Unfortunately, the impulse to prioritise critical reflection tended to result in art with little mass appeal. Most people don’t mind thinking. But they want to feel something first.

That’s why unapologetically melodramatic films like Mike Leigh’s Secrets and Lies (1996), John Sayles’ Lone Star (1996), and Paul Haggis’s Crash (2005) were commercially successful in ways that edgier work never could be.

By foregrounding the role of accidental encounters, they gave mainstream moviegoers the kind of experience they had been programmed to desire. And that spoonful of narrative sugar made it much easier for them to take the medicine of fundamentally political points.

The same could be said for both The Life Ahead and Mom to Hundreds, though neither manage to achieve the impact of those earlier pictures.

For The Life Ahead, 86-year-old Sophia Loren returned to the screen after a decade’s absence to play the role of Madame Rosa, a Holocaust survivor and former prostitute who ends up taking in Momo, an orphaned boy from Senegal.

The Madame and Momo form an improbable bond, one which grows more poignant as Rosa succumbs to dementia.

Mom to Hundreds finds a way to turn the true story of Adele, a Palermo councillor who temporarily became the legal guardian for hundreds of migrant children, into fare that holds appeal for people who do not share its inspiration’s dedication to helping Europe’s new underclass.

For audiences in more self-consciously post-colonial countries like the United Kingdom and France, the kind of multiculturalism these films promote will likely seem rather clichéd and conservative.

Italy is different, a place where internal migration from the impoverished south remained a primary source of conflict decades after World War II and helped set the stage for today’s nationalist parties.

As Italy’s particularly nasty history of racial abuse directed at football players of colour makes clear – not to mention the Azzurri’s much-remarked whiteness – it is a land where first-wave multiculturalism, with its tendency towards simplistic stereotyping, is still struggling to take hold.

And that makes these films, regardless of their aesthetic merit, important contributions towards a more humane vision of society, no matter how much they might make critics wince.

The fact that Italy is also a post-colonial state does not factor in either feature. Their easier-to-swallow message is that we must empathise with refugees because it’s the right thing to do. Not because it’s also a historical debt.

It’s telling that The Life Ahead is based on the same novel by Romain Gary – onetime husband of the Black Panther supporter Jean Seberg – as the 1977 French film Madame Rosa, with Simone Signoret.

While France may currently be backsliding rapidly into a more close-minded, intolerant society, it can still seem decades ahead of Italy.

Similarly, the fact that Mom to Hundreds opens with a dream sequence in which the protagonist wanders the empty streets of Palermo hearing various stereotypical Muslim names being called out, then imagines herself dancing amid brown and black bodies demonstrates that, while the film’s heart may be in the right place, it recognises that Italians are still far more comfortable with a fantasy of multiculturalism than with its reality.

Isabella Ragonese’s nuanced acting discerns complexities in the character of Adele that the formulaic screenplay cannot. Unfortunately, the excellence of her performance pushes the film’s young people of color to the margins. Indeed, the sheer number of minor characters in Mom to Hundreds demands that the narrative centre on this “white saviour” figure.

The Life Ahead, by contrast, focuses primarily on the relationship between Madame Rosa and Momo. She isn’t really a saviour figure, either. Indeed, the latter stages of the plot turn on Momo’s role in saving her.

As Madame Rosa spends more and more time in the refuge she has created in her apartment building — it reminds her of where she hid in Auschwitz as a child — she makes Momo promise that he won’t let her be taken away to a hospital, no matter what happens.

This is how the spectre of the Nazi genocide rears its head. The situation of refugees, particularly when they have been held for extended periods in camps, has often been compared to the unspeakable horrors of that time. While mass executions are not taking place, the brutal conditions that these refugees from the Middle East and Africa make their precarious circumstances in Europe a matter of life or death.

The comparison is implicit in the character of Rosa, whom Loren plays with the resignation and reserve of someone whose body has survived what the mind finds unsurvivable. She feels a kinship with Momo because he has also witnessed terrible things and become wary and withdrawn as a consequence.

Rosa’s reluctance to be hospitalized is rooted in her childhood. She remembers what the doctors did in Auschwitz and fears, as she vacillates between past and present in her mind, that they will experiment on her again.

She would rather waste away in a place where she feels safe, clinging to the postcard of mimosa trees in front of a pre-war holiday villa that has come to stand in for everything she lost in the camps. To do that, however, she needs the boy’s help.

Momo doesn’t fully understand. The name “Auschwitz” doesn’t mean anything to him. Yet he has no trouble grasping her fear of the authorities. He shares her distrust of the police and complies with her wish to die at home, despite his growing need for her companionship.

While the parallels between Rosa’s past and his present may seem tendentious, they speak to a crucial insight about the existential crisis currently taking place  in Italy.

Just as the experience of fascism vanishes from living memory, its contemporary equivalent is exerting more and more pressure on civil society, treading on the backs of refugee kids like Momo.

Dehumanisation is a constant in the language of nationalists like Matteo Salvini and Georgia Meloni. Refugees are regarded not as vulnerable, but as threats, coming to take Italy away from “real” Italians.

The figure of little Momo, streetwise, but still very much an innocent child, is meant to criticise this fantasy.

Trying to get audiences to identify people of colour as people does not seem radical. Still, it may be the only way to get to the root of this problem of dehumanisation.

While The Life Ahead and Mom to Hundreds fall back on sentimentality in order to make that possible, they facilitate the sort of “feeling together” that is necessary to resist the sorting operations that racism demands.

Populism mobilizes public sentiment for anti-democratic ends. But these family-friendly dramas are doing the opposite, showcasing the potential for a popular culture that resists populism.