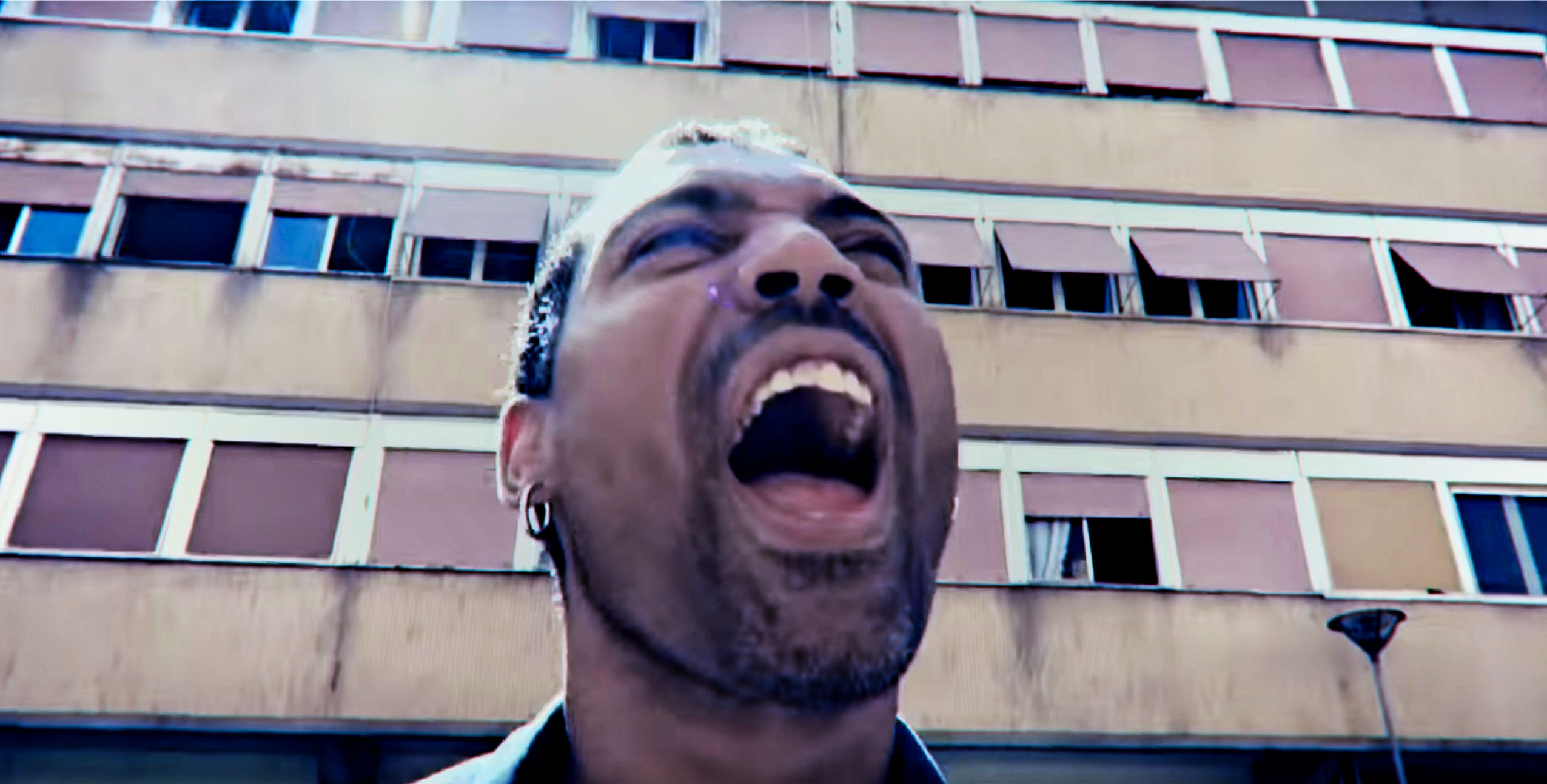 The multiethnic band’s fourth album, in fact, sounds surprisingly different for a group that deliberately mixes classic rock idioms like pop, punk, and glam with traces of early oi.

Giuda fans will be quick to point out the Slaughter and the Dogs influence on their previous LPs.

The familiarity comes from the fact that back in the 1970s, when I first began listening to rock music, it sounded like this.

A lot of people of my age will bore you to death by repeating how we were all raised on Genesis, Pink Floyd, and Led Zeppelin. But the reality is that if you were born in the 1960s and grew up in an Italian town in the industrial north like me, this was what is now called ‘Dad Rock’: the music our parents were into.

Before punk first appeared, in Italy, the only alternative was gloriously commercial heavy pop rock. This includes anything by Italian singer Raffaella Carrà (with her archetypal Rumore, before she wimped out) to early Kiss, Gary Glitter, and more rock-oriented David Bowie.

Growing up as a music fan between 1975 and1979 wasn’t easy. Because of terrorism and political protest, Italy was under a strict rock concert embargo. This meant that unless you had a chance to go to France or Switzerland, your only window to exciting new music was in a record store.

However, this allowed us to be more discerning about what we liked. And being young, hopeless and eager to find something new, we ended up either going for the darker, edgier sound of that era (such as not-yet favourites like Black Sabbath), to glam rock and early punk.

That’s why Giuda’s sound is both recognisable and also original. From the opening notes of E.V.A’s first single, “Space Walk”, a tense, sexy allegory about negotiating a brave new future, you know you’ve been there before. It’s both what you’d expect of an Italian band for whom diversity is part of its brand, and riddled with rock and roll cliché.

The record’s other tracks, such as the similarly space-themed “Interplanetary Craft” and a homage to the aforementioned Raffaella Carra, and her song “Rumore”, “You’ve Got The Power” and my favourite, “No Place To Hide”, stand out for their self-conscious references to ’70s pop bands like The Carpenters.

Though one would not be inclined to call them political songs, this is where things get tricky.

Coming back again to what it was like being a teenager in the late 1970s, it was a surprising discovery that one could be very political without necessarily taking the obvious sides available to “serious” politics at that time.

This was at the height of the Red Brigades when police and judges were being assassinated, and the former premier, Aldo Moro, was kidnapped

Identity politics back then was far different. Immigration was internal, but racism wasn’t much different from what racism is now. It just had domestic targets: immigrants from Italy’s south, instead of Africa and Eastern Europe.

Sexual identity politics was in no-mans land, so to speak, between the struggles of the 1970s and the ambiguous liberation of the 1980s.

There’s no explicit reference to any of that in E.V.A. Instead, we get another side of the transitions that characterised late ’70s: Italy’s class divide.

But how the band goes about representing that is counter-intuitive. Giuda find it in the genres and music E.V.A. appropriates from the era, which anyone who grew up then will instantly recall.

The album’s heavy mix of vintage synthesizers and rock reflects the working class tastes of the time, the kind that made people from the industrial urban peripheries of Milan and Turin, often sons of first-generation immigrants, look in disdain at the long-haired students at posh downtown high schools, with their “serious” prog and jazz records.

Call it an Italian version of Holiday in Cambodia by the late American punk band of that same time, the Dead Kennedys.

The original song makes fun of a bourgeois student at an American liberal arts college, who “has been to school for a year or two”, listens to “ethnic jazz” and brags how he knows the other half lives. Giuda’s E.V.A. conveys a very similar sentiment in a local context.

Granted, the Roman band’s version is a bit more abstract, but Giuda manages to indulge the same criticism in a decidedly unpretentious and enjoyable way. And in doing so, E.V.A. provides a glimpse of Italian history and politics in a decidedly different, contemporary key.

The Russian government is awarding prizes to Macedonian writers. END_OF_DOCUMENT_TOKEN_TO_BE_REPLACED

The 1970s was a decade of broken dreams. The end of the postwar boom brought to a close the era of middle-class liberalism in Europe and North America. END_OF_DOCUMENT_TOKEN_TO_BE_REPLACED