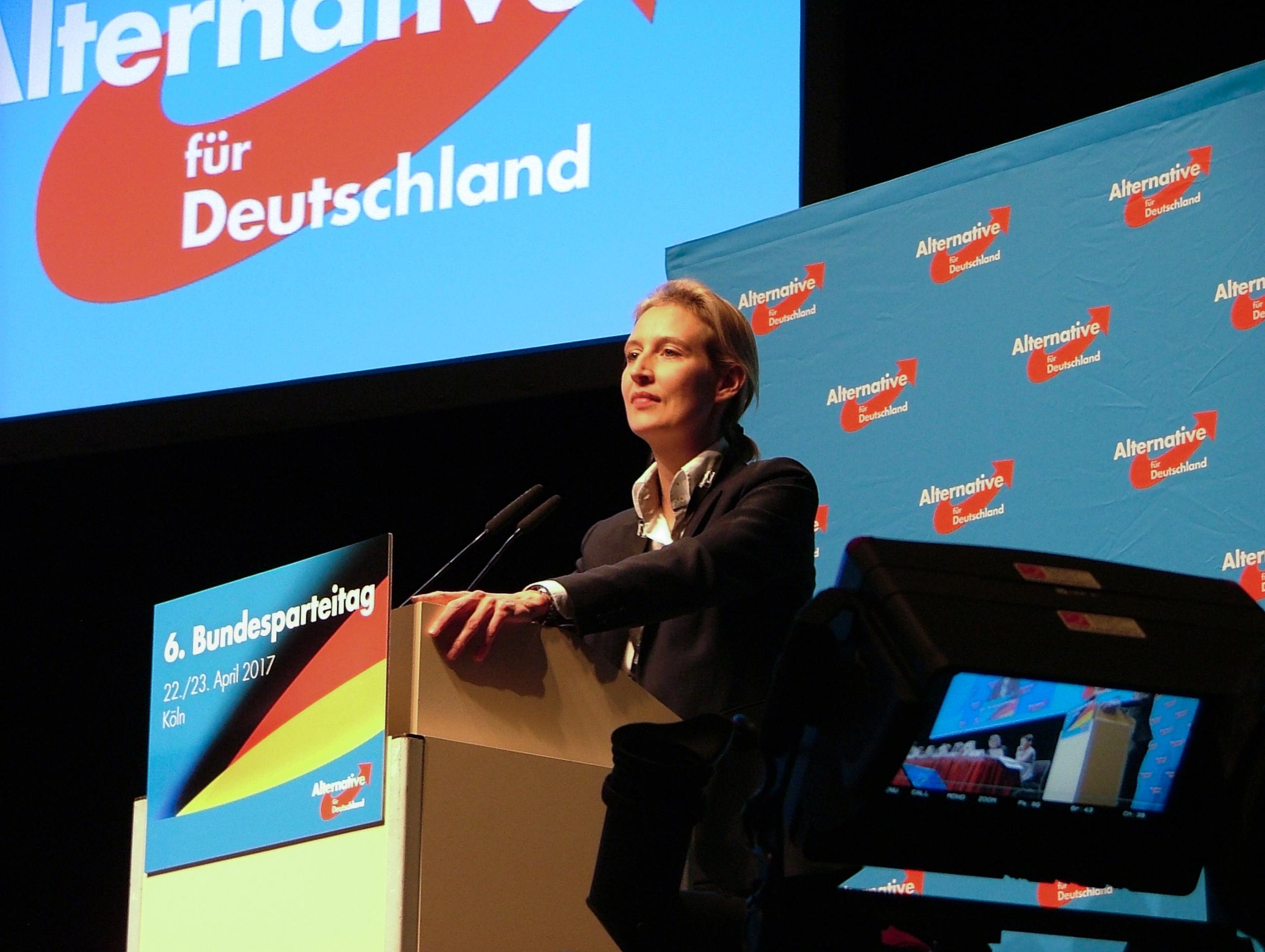 Röhm was the only nearly-out homosexual of any of the leading German political parties. After his elimination, the persecution of gays in Nazi Germany shifted into high gear.

That same year, a young gay communist from Scotland was troubled by the criminalisation of “sodomy” in the Soviet Union. It offended his “scientific socialist” convictions; so he wrote a letter to Stalin about it.

“First and foremost,” wrote Harry Whyte to the presumptive leader of the international proletariat, “I would like to point out that I view the condition of homosexuals who are either of working-class origin or workers themselves to be analogous to the condition of women under the capitalist regime and the coloured races who are oppressed by imperialism. This condition is likewise similar in many ways to the condition of the Jews under Hitler’s dictatorship, and in general, it is not hard to see in it an analogy with the condition of any social stratum subjected to exploitation and persecution under capitalist domination.”

Whyte was lucky to have been a foreign guest in 1930s Russia. Stalin’s comment in the margins of this rather peculiar correspondence: “Archive. An idiot and a degenerate.”

Like Whyte, I grew up believing that the oppression of homosexuals has something fundamentally to do with every other form of oppression. The fight against poverty and inequality, against sexism and racism, and the fight for sexual freedom and gay emancipation were all aspects or facets of the same struggle. All progressive vectors, it seemed to me, should point in one direction. For many of my generation, this was almost a definition of what it meant to be on the left — or, if you flip the terms and commitments, on the right.

Not any more, apparently. Forty-some years of hegemonic neoliberalism and almost twenty years of the never-ending War on Terror have reshuffled the political cards. Our reverse Night of the Long Knives was probably 9-11, when for many, even on the left, the “West” suddenly became synonymous with tolerance and modernity, if not with human decency itself. The fight against social reaction was no longer primarily a fight within, but a struggle with the backward Islamic “other” without.

Since then, it’s no longer a kind of a priori truth that pro-gay and socially progressive are synonymous in the old-fashioned left-wing sense I grew up with. Now you can be out, proud, and xenophobic. You can do ecstasy all night at the gay disco and rail against migrant criminality in the morning.

For some, what once banished them to the margins of society — sexual deviance from the norm — is now the very emblem of their modernity, the very thing that re-integrates them into the cultural organism they identify as Western, European, “Judeo-Christian,” or increasingly just “national”. From Ernst Röhm’s grave in a Munich cemetery, I can hear the sound of muffled laughter.

In Germany, the ‘new right’ or ‘populist right’ or ‘neo-fascist right’ or simply the far right is currently embodied by a single party, Alternative für Deutschland. In the 2017 parliamentary elections, the AfD, only four years old, came in third behind the two traditional Volksparteien, the CDU/CSU and the SPD, with a total of 12,6%, making it the largest opposition party in Germany.

Like several of its neo-fascist and ultra-right sister parties in other European countries, the AfD has what could be called a gay problem. Or maybe it’s an asset. Its current second-in-command isn’t a raving Prussian war queen like Röhm, but an open lesbian. Alice Weidel, co-chair of the AfD faction in the German Bundestag, doesn’t approve of marriage equality for gays, even though she’s raising two children with her long-time female partner.

For Weidel, and for that portion of European gays attracted to the current far-right wave across the continent, it’s all about Islam. The predictable refrain: “The only danger that we really face is… Islamification.”

Alice Weidel isn’t the only prominent homosexual in the AfD. The chairman of the AfD faction in Berlin’s municipal parliament, Frank Christian Hansel, is another case of how the personal is political, except when it isn’t.

For Hansel, and for other “Alternative” gays and lesbians who’ve shown their faces in public, gay rights in Germany are already just fine as they are. Not unlike black Republicans in the United States, their credo is: We’re liberated, thank you, so stop whining.

The point isn’t to push the sexual-political envelope any further, but to defend “decent” homosexuals both from the excesses of the left and from the depredations of the ever-present migrant horde.

As you’d expect from a post-fascist party out to establish its cosmopolitan bona fides, the AfD talks out of both sides of its mouth on issues of sexual politics. It presents itself at once as the last bastion of gay security against crime and terror, on the one hand, and as Germany’s last defence against the “gender craze” or the “early sexualizing of children” on the other.

The positions taken by gays in the AfD may seem tortured, but they have a pedigree. They go back, via the infamous gay West German neo-Nazi Michael Kühnen, at least as far as Röhm and the organisation he belonged to, the Bund für Menschenrecht. Friedrich Radszuweit’s BFM, one of Weimar Germany’s main gay rights organizations, emphasized the “normality” of homosexuality, as against the “third-sex” tendency represented by the Jewish pacifist, Magnus Hirschfeld.

Eleanor Hancock notes that “by 1931 Radszuweit was adopting arguments on the distinction between public and private life similar to Röhm…” Gay, masculine, military, anti-Semitic, “normal”: anything goes, so long as it doesn’t disturb the Volksgemeinschaft.

Prefiguring current AfD positions, Hitler himself is said to have been unconcerned about Röhm’s bedroom activities, “as long as he did not molest children”. As Rosa von Praunheim documents in his path-breaking 2016 film, “Männer, Helden und schwule Nazis,” (Men, Heroes, Gay Nazis), gay liberation in Germany has always been shadowed on the right by the liberation of cognitive dissonance.

As Europe’s far-right gains momentum and respectability, the chances are that ever more mainly white, largely financially independent homosexuals will follow the siren song of “Western values,” ultra-nationalism.

So far, France, which has a long tradition of mass ultra-right nationalism in the post-war period than almost any other European country, appears to be leading the way. Already in 2012, fully 26% of gay Parisians supported the far-right Marine Le Pen, nearly twice the number for the heterosexual population. And in regional elections three years later, nearly 33% of married gay couples voted for the Front Nationale (since renamed the Rassemblement Nationale), roughly equal to the percentage who voted for left-of-centre parties.

In what seems now like a hoary fascist tradition, the second in the FN hierarchy after Le Pen from 2012 to 2017, Florian Phillipot, was a known homosexual — known, that is, after he was outed in the celebrity press.

In Germany, with its still-active post-war inhibitions about outright public racism, the numbers aren’t as dire; but nor are they cause for celebration. In 2017, the gay dating portal Gayromeo conducted an online political survey of its users. Not only was the largest recipient of Romeo votes the conservative Christlich Demokratische Union (CDU). The AfD beat out the Greens, with slightly over 12 per cent of the tally.

Other studies, which included both women and men who don’t necessarily prowl the dating apps, showed the AfD garnering “only” between 5 and roughly 8 per cent of the queer vote. That may be less than 12 per cent, but it’s still a lot of “national-minded” queers who should know better.

Of course, the borders between outright neo-fascist or right ultranationalist sentiment, on the one hand, and a more mainstream “Western-values” hegemonism, on the other, aren’t impermeable. The AfD’s economic platform, for instance, shares much in common with a mainstream right-wing German party, the FDP, a neoliberal party also known for featuring prominent gays among its leadership.

In a relationship that could be called dialectical, Eurosceptic, authoritarian and national-chauvinist parties have gained ground in part by integrating elements of the mainstream politics they ostensibly oppose.

This is part of what makes them potentially attractive to gays and lesbians who already inhabit a political world based on core neoliberal assumptions — including a belief in their own meritocratic virtue — and faith in the benevolence if not outright superiority of the “Western community” they see as theirs.

In 2007, writing in the wake of 9–11 and its aftermath, Jasbir Puar dubbed this concatenation of assumptions “homonationalism.” Basically, homonationalism is implicit in the very idea of a “gay identity” itself: something to defend or to cultivate, something to buy from or to sell to, to import and to export — with or if necessary without the consent of the affected communities.

Puar’s theory, though at times steeped in the opaque jargon of contemporary queer studies, has a lot to say about why some European gays and lesbians have become receptive to far-right politics. Among her basic insights, as I understand them, is simply this: gays who put their gayness above their ethnicity or class or other criteria of group belonging probably just don’t need to worry about those other criteria very much. They’re probably white, and they’re probably not poor.

In the European context, Puar’s insights can lead to some tricky problems sorting out competing and overlapping rights, identities and prejudices. In some contexts — for instance, in France — homophobia can prevent immigrant communities from accepting gay rights of almost any kind. In that same context, the very recognition of this problem can become a tool to marginalize or discriminate against those very immigrant groups.

In another context — say, in Central and Eastern Europe — the cause of gay liberation can be part and parcel of an imperial “European” project to impose not just a system of rights and values, but an economic order. In that same context — in Poland or Hungary — anti-gay prejudice can infuse xenophobic, Eurosceptic “populist” nationalism, mixing up a poisonous cocktail of hate and exclusion.

Harry Whyte left the Soviet Union shortly after his quixotic appeal to the highest authority on behalf of what we would now call gay rights. A wise move: Stalin, like Hitler, didn’t care for “degenerates” like Whyte, or me. It’s one of history’s ironies that, during my own youth in Ronald Reagan’s United States, communists were among the few people who could be counted on to stand up for the basic rights and dignity of this demographic, to which I belong.

It’s surely an even more bitter irony that far-right and neo-fascist parties in Europe have recently found any resonance at all among those groups their forebears once sought to suppress and even to exterminate. Ernst Röhm’s prettified heirs today may not look the part, but they are once again harnessing the idea of civilisation in the service of barbarism.

Once again, the UK finds itself at a dilemma over Northern Ireland. END_OF_DOCUMENT_TOKEN_TO_BE_REPLACED

It’s been one horror story after another. Since Vladimir Putin first invaded Ukraine, the press has been deluged with reports of raw materials shortages and Europe’s reliance on Russian energy imports. END_OF_DOCUMENT_TOKEN_TO_BE_REPLACED