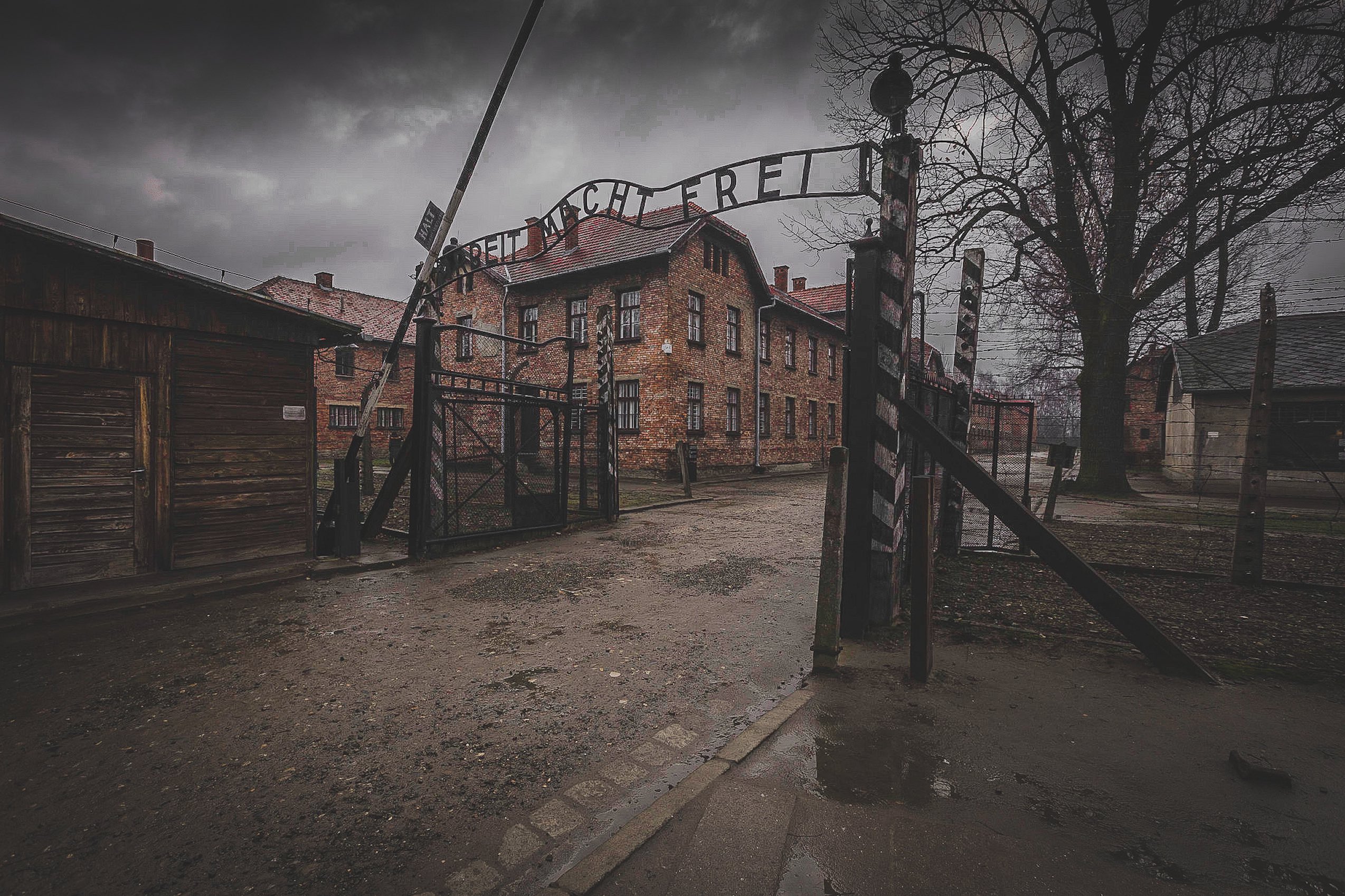 “You don’t look very Jewish,” I remarked, wide-eyed and smiling, uncertain how to respond.

“Poles were victims of the Nazis, too,” he replied.

I took a sip of my Berliner Kindl and asked my host if his relatives had been gay, or communists.

His answer was unclear.

“A growing number of us are coming to terms with the fact that we are also victims, as we continue to work through the trauma of our grandparents,” he explained.

One of the first persons I’d been introduced to in Berlin, the then-PHD student proceeded to lecture me on what it meant to survive the Holocaust.

I sat there, in his Soviet-era apartment in the former East Berlin, just off Karl-Marx-Allee, savouring the context, but struggled to suspend judgement.

Someone who very well could have been named Heinrich or Hans, or an extra in the Sound of Music, was lecturing me on being a victim of fascism.

The complexity was overwhelming. I hadn’t been in Berlin more than a week, and I was already having to compete with someone else for being an object of the Nazi genocide.

Unsure as to how to respond, I went into journalist mode, and began recounting facts: I’d lost two-thirds of my family during the Holocaust, in France, Italy, and Romania.

When I mentioned I was an Israeli citizen, we quickly turned to the Mideast, and the impact of the Holocaust on the Palestinians, as collateral victims of Hitler’s Final Solution.

Hoping to clarify the complexity of my family’s identity, I explained that my French relatives who had perished in the Holocaust were, in fact, Palestinian Jews, not Europeans.

They could have avoided it, but went to Paris for work, in the 1920s, I said.

As my immediate family lived in Mandate Palestine and the United States, I didn’t have to work through Holocaust trauma, like so many Diaspora Jews of our generation did.

I couldn’t tell if I was getting through. It didn’t feel like it. All my host wanted to do was talk about himself and what he was struggling with, as someone of Holocaust background.

Having a Jew, albeit an Israeli in his home, was a unique opportunity to connect and share what he imagined to be a similar background, not one that turned out to be Mideastern as I did.

I could not help but be forgiving of that. Prior to WWII, Poland was home to an estimated 3.3 million Jews. Most of those who visit or move to Berlin, like me, are of Central or Eastern European descent.

Why wouldn’t I be just another Goldberg or Kauffman. Few, if any Jews, who come to Berlin are of Sephardic or Mizrahi background, or come from the Eastern Mediterranean like my father’s family does.

Still, I could not bring myself to stay in touch. After that evening in his apartment, I found myself uncomfortable with how involved my host was with processing his Holocaust background.

It reminded me a lot of Israeli anguish over the burden, and the kinds of anxieties it stoked about outsiders, as though everyone not on our side was one of theirs, so to speak — the Nazis.

I feared that our association was tantamount to allowing him to appropriate my so-called victimhood, or at least that which is accorded to me in post-war German guilt culture.

The fact that Germans do not project the same kind of victim status onto the descendants of other peoples decimated by the Nazis is, of course, a problem.

Anyone who understands or who has come into contact with the complexity of German feelings towards Jews understands this.

Especially in leftist cities like Berlin, with its comparatively large, and visible Jewish community.

It would make sense Poles would connect with this discrepancy, and want to be recognised and treated the same way.

Particularly if one considers the number of ethnic Poles estimated to have been killed during the Nazi occupation: 3 million.

Aside from the staggering number of persons killed, that’s the exact same number of Polish Jews who were murdered.

The parallel is instructive. Especially if you feel that somehow commemoration of the Jewish deaths obscures, or takes precedence in public discussion, over remembering the ethnic Poles who died.

Without a doubt, both victims should be remembered, equally. The problem is how to do this, without forgetting Polish participation in the Nazi genocide.

This last weekend’s demonstrations in Warsaw, against rewarding Jews for outstanding claims of property and wealth lost in the 1940s and 1950s, is an excellent case in point.

Their target was a recently adopted US law, the Justice for Uncompensated Survivors Today (JUST) Act, requiring the State Department to report on Poland’s progress in returning Jewish assets seized during the Nazi and Communist periods.

Far-right demonstrators marched to the US embassy sporting placards bearing slogans including “Poland has no obligations” and “Holocaust hyenas.”

Having committed in 2009 to restore Jewish assets to their original owners, and give formerly Jewish properties with no heirs to Holocaust survivors in need, Poland’s far-right fears the country could lose up to $300 billion, according to Israel’s centre-left daily, Haaretz.

That’s a lot of wealth for any country to part with, under any circumstances. And, it stands to reason, an obvious driver of racism, ironically, against measures agreed to compensate for it.

Considering how the post-Communist period has allowed Poles, like my Berlin acquaintance, to explore inherited traumas of the Nazi period, the obvious contradictions of doing so in light of the fact that Poland also benefited from the Holocaust, is of course discomfiting.

Reading about the demonstration last weekend, I was moved to remember our conversation in my Polish host’s apartment, for the first time in nearly a decade, and get some clarity on why Poland would pass a law in 2017 prohibiting blaming Poles for complicity in the Shoah.

It’s not that the country’s far-right PiS government didn’t just want to find a way to circumvent returning $300 billion in assets to Jews. Though, of course, it would obviously prefer not to be blamed for outsourcing the country’s wealth to foreigners.

Rather, the legislation’s purpose would, of course, complicate the act of debt repayment, by speaking to a Polish need to be acknowledged as victims, too.

Foucault once suggested that Clausewitz’s famous observation, “war is not merely a political act but a real political instrument” carried out by other means, be reversed, with politics made an extension of war. END_OF_DOCUMENT_TOKEN_TO_BE_REPLACED

Brexit will turn three on the last day of January, over six years since the 2016 referendum kickstarted Britain’s race to the bottom. END_OF_DOCUMENT_TOKEN_TO_BE_REPLACED

Be careful what you wish for. It may be a cliché, but it’s one the Greens are learning all over again. END_OF_DOCUMENT_TOKEN_TO_BE_REPLACED