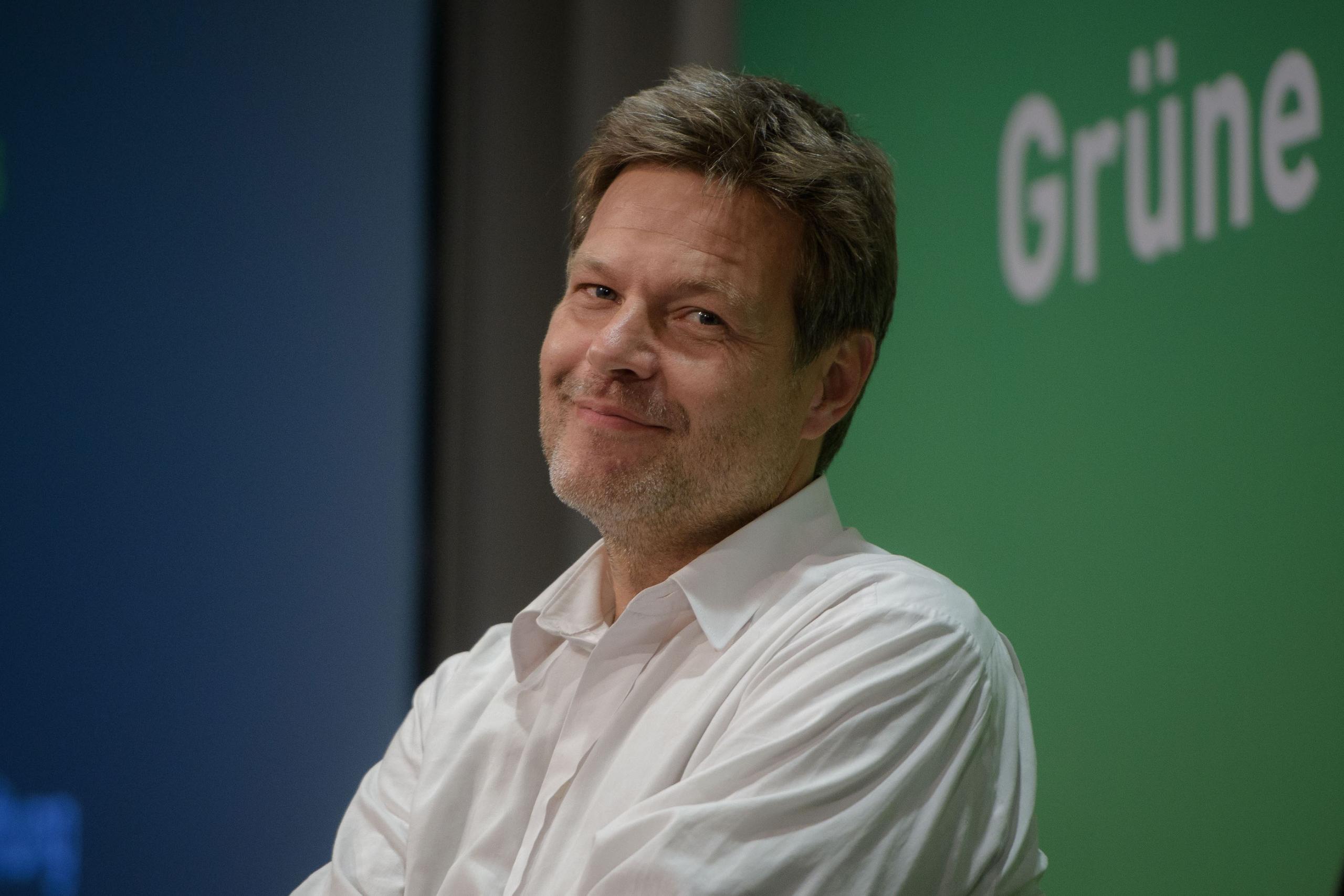 In terms of votes won, the Greens are now poised to be Germany’s second-largest party for some time to come.

After the EU voting results were confirmed, Robert Habeck, the party’s national co-chair, and Sven Giegold, the co-leader of the Greens’ EU parliamentary group, held a joint press conference.

Green Party media appearances often revolve around one question: Who will Germany’s “hinge party” choose as partners to form upcoming coalitions? Will they feint to the right or to the left?

Green politicians have thoroughly mastered the art of not answering these questions very clearly.

Here, Sven Giegold set the tone with broad generalities everyone already knew by heart: The Greens stand for the environment and for “European cohesion.”

Resolutely, as though saying something shockingly new, Giegold announced support for “a constructive attitude in Brussels, and an end to the European blockade” under Angela Merkel.

If Giegold is the Green wonk, Robert Habeck is their prophet. Habeck is now Germany’s “Polit-Star” no. 1, a near-shoe-in for Germany’s Chancellorship if elections based on current opinion polls were held today.

Habeck’s political persona seems to combine that of a reticent poetry professor with the stern family doctor. In German cultural terms, he exudes authenticity.

The Greens leader’s tendency to look away mid-sentence as he searches for just the right words to express his thoughts makes journalists’ knees go wobbly.

Habeck’s contribution to the first half-hour of this significant press conference was to mumble gravely about the “humility” his party feels in the face of an “enormous responsibility” with some elegant verbiage about going “beyond previously known rituals in order to turn large societal majorities into a mandate, for instance for the environment.”

Not exactly a declaration of imminent revolution. “Pro-European” was the second-most frequent adjective uttered by either Green after “Klimaschutz” (environmental protection).

Only at the 43-minute mark did Sven Giegold start talking about some specific policy issues, such as putting an end to European tax havens; more investments in (you guessed it) Europe; more “citizen’s rights” and a humanitarian (“solidarische”) refugee policy.

Perhaps most controversially, Giegold argued for the need to strengthen the European Parliament. And that was about it.

From a progressive perspective, this event sums up the problem both with the German Greens as a party and their current standing in German politics.

Beyond a mood, a feeling, a Zeitgeist, and a sense of urgency about climate change, the Greens are known on the far left (and presumably on the right) as a party of political chameleons.

Of course, the Greens themselves call it “pragmatism”.

Habeck and his comrades don’t like to be asked about coalitions and the “power question” (“Machtfrage”). Instead, they insist they want to talk about “content” (Inhalte). This sounds like a virtue, except that in practice it often isn’t.

As Felix Klopotek writes in the latest issue of Konkret, for the Greens, “‘content’ separates social questions from their conflict-ridden contexts; this is why it can stand for anything.”

It’s why the Greens can find compromises on “content” with anyone, and form coalitions with everyone.

On the one hand, the party’s current leaders claim to have disowned the neoliberal economic “Zeitgeist” of the Red (SPD)-Green national government (1998–2005) under Chancellor Gerhardt Schröder (SPD) and Foreign Minister Joschka Fischer (Greens).

On the other hand, since 2008, the Greens have lost any and all inhibitions about coalition governance with Germany’s traditional conservative parties, the CDU/CSU and the FDP.

From the Saar in the South to Schleswig Holstein in the North, the Greens have on six occasions “hinged” with conservative parties at the state level to form coalition governments.

Since 2016 in Baden-Württemberg, they’ve even led a Green-Black (CDU) coalition under their very first Ministerpresident, Winfried Kretschmann.

The fact is, the Greens won’t only make deals with just about anybody (except far-right parties like the AfD); they are also seen by conservative forces as viable if not reliable interlocutors, both at the national and European level.

France’s investigative journalism powerhouse Médiapart revealed just days ago that the European Greens, led by their German contingent which comprises one-third of their members, have entered into back-room negotiations with the EPP, the Social Democrats (S&D) and Renew Europe (AKA ALDE) about setting the agenda and electing the European Commission president for the next five year term of EU government.

It should be no surprise that the Die Linke-chaired European United Left/Nordic Green Left (GUE/NGL) was not involved in these negotiations.

On the role of the German Greens in relation to their parliamentary colleagues from other countries, Médiapart adds: “The German Greens… might be more amenable to the idea of signing an accord with the right-wing (EPP) than their French counterparts. The German members are often described as more ‘realist’ and inclined to compromise, all the more so if one of their own, Ska Keller, wins the presidency of the parliament…

Though Médiapart stresses the obstacles that might prevent an accord from actually being reached, one wonders what “pragmatic” solutions could well emerge from this left-right conglomerate of pro-EU parties.

Despite the repeated exodus of more radical members in the decades since German reunification, the Greens still include many progressives.

Sven Giegold himself was a founding member of the German branch of leftwing French NGO Attac and describes himself in one interview as a “left communitarian” (whatever that is exactly).

In that same interview, Giegold muses about how much valuable knowledge he’s acquired from talking to industry lobbyists in Brussels (“I’m smarter after every conversation, that’s just obvious,”) but is adamant that the Greens of today can’t be associated with the neoliberalism of the Hartz “reforms” under Schröder and Fischer (enacted between 2003 and 2005).

Those measures, voted for by 90% of the Greens in the Bundestag at the time, radically degraded the German social safety net, set the stage for downward wage pressure and the slow “Americanisation” of German class society, and provided the basis for the mercantilist German export juggernaut that’s kept much of the rest of Europe in a semi-coma since 2008.

At first glance, though, from a progressive perspective, the Green Party’s 2019 European elections platform doesn’t look half bad.

There is a call for a Europe-wide minimum wage. There should be legally binding European social rights and subsidies for social housing at the European level.

The Greens want a unified asylum policy and the establishment of legal routes for migrants seeking asylum. Of course, they’re for women’s rights and in every way for saving the planet from climate change.

The problem starts when you begin asking what role the state should play in implementing all these good intentions. That’s when Green proposals, not to mention Green actions, get …complicated.

Photograph courtesy of Heinrich-Böll-Stiftung. Published under a Creative Commons license.

The conflict between Russia and Ukraine continues with no end in sight. END_OF_DOCUMENT_TOKEN_TO_BE_REPLACED

Some websites make the news, others make headlines. END_OF_DOCUMENT_TOKEN_TO_BE_REPLACED