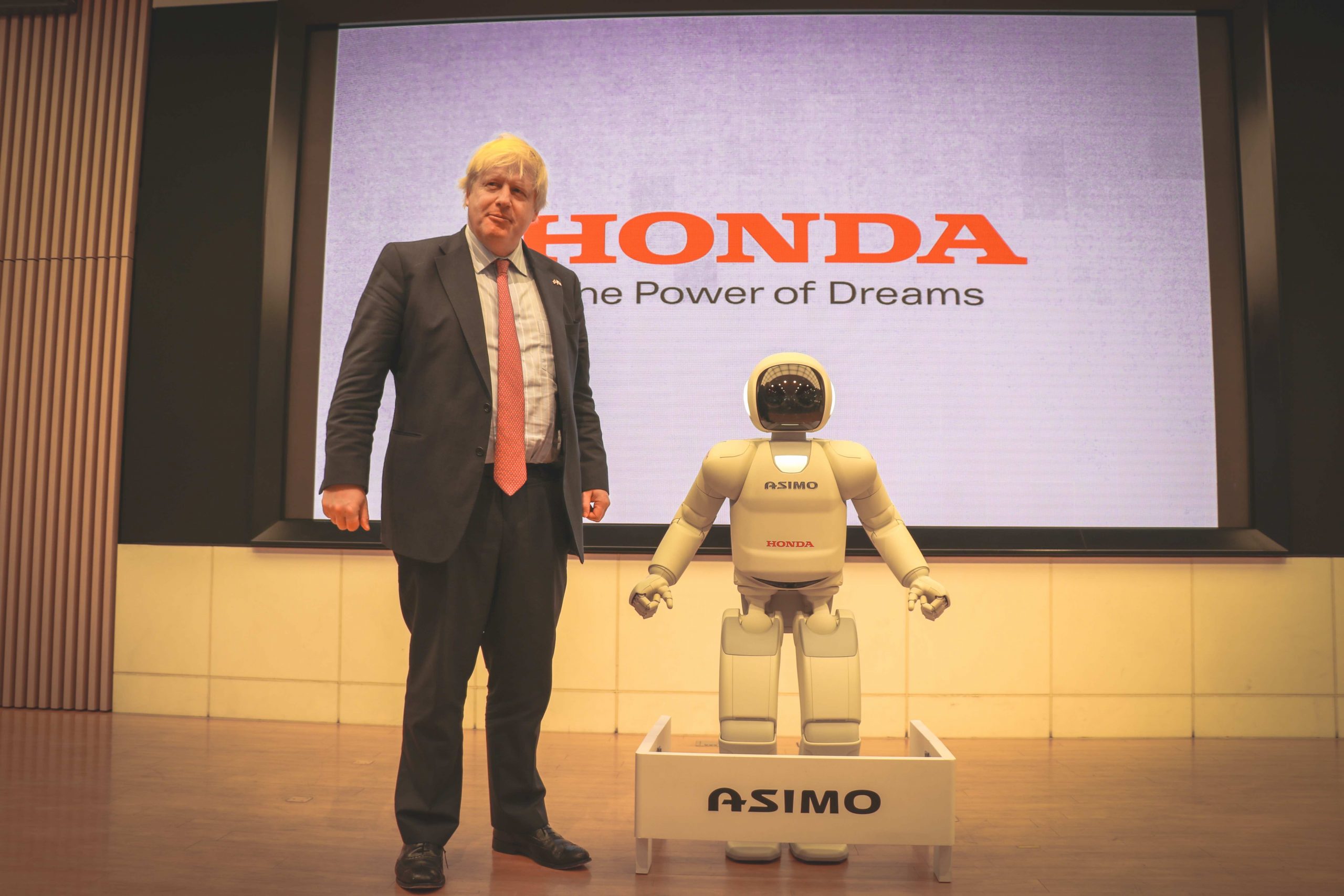 When I heard Chloe Westley was joining the Johnson government as a digital adviser, I wasn’t completely surprised. I went to university with Westley. She wrote for the student paper I edited and was elected to Heythrop’s student union – even running for president in 2014.

We got on well despite the fact that I was a socialist and she was a supporter of the Australian Liberal Party. “We have a difference of mind, but not of heart,” she once said to me. “We both care about other people’s lives to believe that politics deserves to be done well.”

In those days, Westley was more of a centrist but this would change. “I wouldn’t consider myself to be too right, as in right-leaning,” she said. “I sway depending on the issues.”

Somewhere along the line Chloe Westley became a Eurosceptic, particularly aggrieved that Australian citizens don’t get the same rights of EU nationals by virtue of being a former British colony. Naturally, she moved further to the right and became involved in Tory activism.

Later Westley worked for Conservative MP Robert Halfon and, after nine months, joined the Leave campaign and became head of social media. After the referendum, Westley worked in Michael Gove’s leadership campaign, before backing Andrea Leadsom against Theresa May.

Our differences became insurmountable when it came to Jeremy Corbyn. I finally had a representative for my politics and a man I could support without equivocation. There was a historic opportunity to open up the Labour Party to grassroots activists and make the party a vehicle for change.

When the Labour right launched a coup against Corbyn in the summer of 2016, Westley was arguing the Labour MPs should have a greater say in picking the leader – meaning blocking the members and party activists. I was not impressed to say the least.

I expect Team Boris to be more ruthless and quicker on its feet than Theresa May’s lacklustre administration. However, the crisis in the Conservative Party has yet to be resolved. Just changing the leader and composition of the cabinet isn’t going to save the party.

What the left has on its side is its ideas and around 600,000 people it can mobilise. If history is anything to go by, there is plenty to gain. The 2017 general election showed what can be done with thousands of activists and an app to target marginal seats.

When the 2017 election came around, Chloe was volunteering in Mary Macleod’s doomed campaign to take Brentford and Isleworth from Labour MP Ruth Cadbury. The seat looked like an easy target for the Tories in an election they thought they couldn’t lose.

Cadbury was saved by the Corbyn surge in 2017. Momentum and the Labour left was able to build support for the party from 25% to 40% in a matter of weeks. It was the greatest swing in the vote share of any British political party since 1945.

Three days after the vote, I sent Chloe a message on Facebook: “How do you feel about the DUP propping up May?”

“I’m distraught and you’re not the first Corbyn supporter to have a go at me today,” she said. “Just leave me alone. Go gloat to someone else.”

Fortunately, it wasn’t long before Chloe found a new calling. The TaxPayers’ Alliance (TPA) hired Westley as a campaign manager and she soon became a talking head on Sky News and the BBC. Despite its denials, the TPA has long had a revolving door with the Conservative Party. So the next step was clear.

It’s no coincidence that Matthew Elliott ran the TPA and was one of the key figures behind the Leave campaign. He brought in Dominic Cummings, who has also joined Team Boris as an adviser, to lead the push towards the exit door.

“We did new things. Nobody in the UK has ever successfully built a web-based electoral database,” Cummings wrote just after the referendum.

“The combination of this database, our digital communication effort and our ground campaign broke new ground for political campaigns.”

The appointment of Cummings has caused quite a stir in the press. He was pictured wearing a t-shirt in 10 Downing Street, while everyone else was suited up. The Conservatives brought him in because they’re desperate and they need all the help they can get.

The next few months will be decisive. One wrong move could break this government.

The Johnson takeover has been compared to a soft coup, but it’s really a coup without a coup. The Tory leader was quick to sweep away the soft Brexiteers and Remainers from the cabinet and bring in Leave ultras to prevent a future move against the leadership.

The TaxPayers’ Alliance is just one example, but the ecosystem of right-wing pressure groups is a small and incestuous world. The TPA is based at 55 Tufton Street, along with a slew of other conservative think tanks like the Adam Smith Institute and the European Foundation.

Chloe Westley wasn’t just campaign manager at the TPA. She was also involved in Turning Point UK (TPUK), an outgrowth of the US campaign to ‘out’ left-wing professors and agitate for Donald Trump on American campuses.

As an organisation of edgelords, Turning Point is no stranger to controversy. One of its figureheads, Candace Owens, even claimed the problem with Adolf Hitler was that he was a ‘globalist’ and not a true nationalist.

“If Hitler just wanted to make Germany great and make things run well, okay fine,” Owens said. “The problem is that he had dreams outside of Germany. He wanted to globalise.”

“I don’t really have an issue with nationalism,” she added. “It’s globalism I try to avoid.”

Not everyone involved in TPUK is so dense. At one event, Chloe made the case for positive campaigning and giving people something to vote for. This is the battle for hearts and minds after all.

“Jeremy Corbyn has a clear vision for how he wants to change the country,” she said. “The way to oppose his change message is not ‘oh, we’ll do a bit of that’… It’s to have a competing vision.”

“We want to set out a free-market vision for this country,” she told the crowd. “The [Conservative] leadership is way too left-wing at the moment.”

Theresa May presided over historic levels of inequality, poverty and homelessness thanks to austerity. The scorched remnants of Grenfell Tower should be remembered as the symbol of her legacy. Meanwhile, the Tory government was happy to slash corporation tax from 26% to 19%.

I should stress that Chloe Westley was always on the centre-right of the Tory Party when I knew her. She comes out of the Australian free-market right, imbued with small-government ideals. She was always very anti-trade union. But she was never one to bash immigrants, let alone retweet someone who does.

“You’re not really being treated as individuals by many on the left,” Westley said at the TPUK event. “They’re talking about group identities. They want you to be defined by a group identity.”

“You are not your skin colour or your gender or your accent,” she added. “There is only thing that defines you in this world, and that is your choices.”

This is really the core of her outlook: individualism. We are atomised individuals and the only collectivity we’re a part of is the nation. The left and the unions are dangerous anti-individuals trying to destabilise things.

It’s worth noting that Westley has appeared on BBC Question Time, The Daily Politics show, Woman’s Hour, Any Questions and The Andrew Marr Show. All of these are mainstream programmes with sizeable audiences guaranteed by the TV license fee.

Yet Westley has been happy to tow the line that the intolerant left is dominant in public debate. While the British media has been united in its opposition to Corbyn and the left. Politics is all about taking sides, and the hard Brexit right is very much in the driving seat of policy right now.

Once upon a time, the Conservatives were the party of Europe – taking the UK into the common market in 1973, campaigning to stay in 1975 and backing the single European act in the 1980s. It wasn’t until the early 1990s that the European question became an explosive issue in the Tory ranks.

This was the period when the Bruges Group emerged and Margaret Thatcher was ousted in a pro-European putsch. John Major came to power with the aim of taking the UK further into the European project. He soon came up against backbench rebellions over the Maastricht Treaty.

The Major government was ultimately crippled and wrecked by the Black Wednesday crash. Much like the current regime, the Tory government hung on for as long as it could with the support of Ulster Unionist MPs.

Today the Conservative government has to have a way to leave the EU on 31 October and, if it doesn’t, it has to have a very good reason for not doing so.

Alan Sked, the founder of UKIP, predicted the Tories would take a tougher stance. However, the outcome is far from guaranteed.

“There won’t be any radical change with the same people in Parliament in place,” Sked said. “Neither party really wants a general election right now because they’re both in weak positions.”

The Tories need what they can’t have, an electoral event – either a referendum or an election – to secure Brexit. This is the paradox of the situation.

That’s why Johnson has brought in figures from the world of right-wing think tanks and pressure groups to wage a new offensive in this battle, like Chloe Westley. The idea is to leverage Eurosceptic free-market libertarians in a bid to enthuse his agenda with the dynamism of the Leave campaign.

“Taking back control to Britain is just the first step,” Cummings wrote just after the referendum. “The next step should be major political changes in Britain so that the broken Westminster and Whitehall system has to focus on the public interest in a way it does not now.”

After decades on the margins, the Eurosceptic rebels finally have control. They can run a live experiment on British society. The good news is that Brexit is the first right-wing project doomed to fail in decades. The bad news is it will take the rest of us with it.

Photograph courtesy of UK in Japan – FCO. Published under a Creative Commons license. 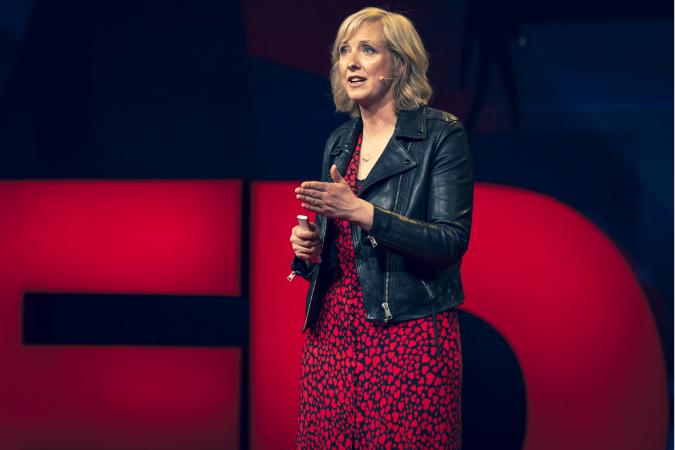 British media is less free than it says. Not because it’s dependent on sponsors for funding. But because UK libel law allows the rich to sue the press for criticising them. END_OF_DOCUMENT_TOKEN_TO_BE_REPLACED 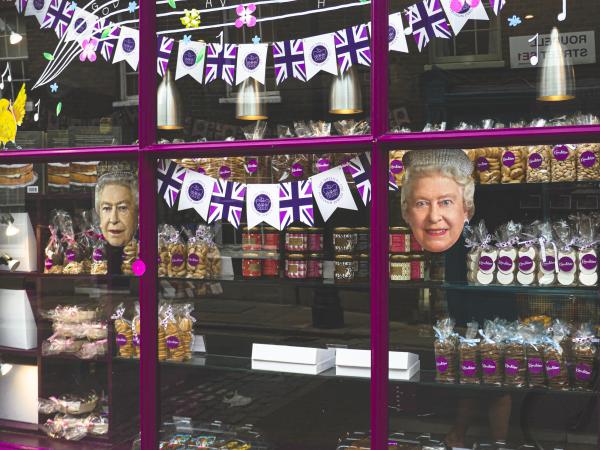 The long weekend was a reminder for republicans that the dream is a long way away. But it was also a reminder of the country the UK has become. END_OF_DOCUMENT_TOKEN_TO_BE_REPLACED

Once again, the UK finds itself at a dilemma over Northern Ireland. END_OF_DOCUMENT_TOKEN_TO_BE_REPLACED