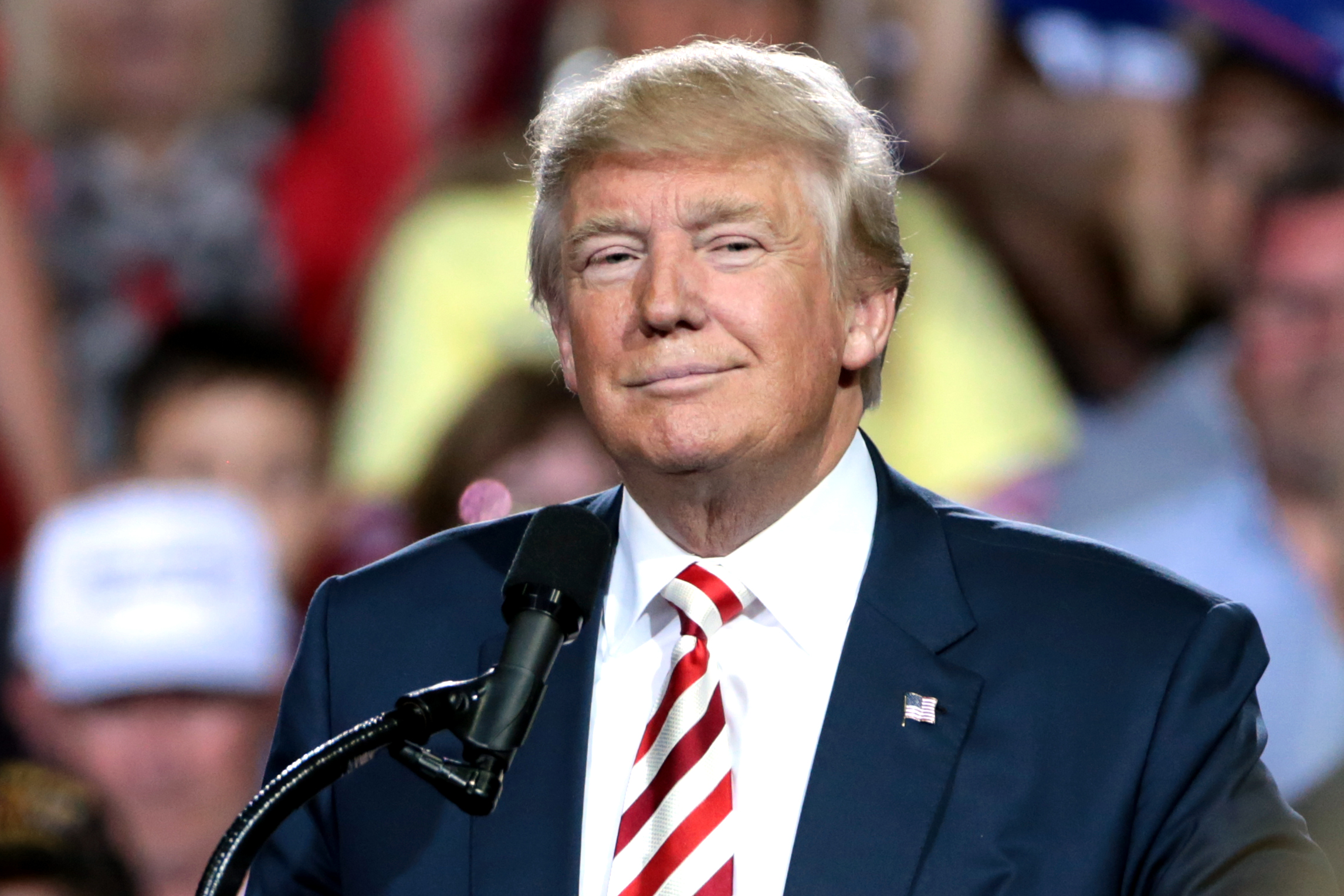 Donald Trump, in a reflective moment.

Although the President’s American detractors were mostly inclined to find the humour in the situation, their counterparts in Western Europe found it troubling.

Could this represent another step forward in Trump’s not-so-secret plan to diminish the importance of NATO and replace it with his divide-and-conquer approach, in which the United States persuades less powerful nations to enter into bilateral agreements that pit them against their neighbours?

Did he want to reduce the EU’s presence in the North Atlantic in order to lay the groundwork for even stronger ties with the post-Brexit UK?

Could this be an early example of Boris Johnson working behind the scenes to steer American policy?

It was difficult to discern how serious the president’s proposal was. Once it had inspired public ridicule, he was bound to double down in its defence.

But that did not mean that Trump had given it serious thought beforehand. Indeed, some pundits speculated that he might not even know where Greenland was.

This supposition was given further credence over the past week when the president’s public comments about Hurricane Dorian suggested that it was going to threaten Alabama, even though it had been clear for days that it would veer northeast towards the Carolinas.

Much was made of the doctored map he showed, in which an already outdated model of the storm’s probable course had been altered to make it seem as though his original remarks had been justified.

For some critics, though, the question wasn’t whether he had misunderstood Dorian’s trajectory, but whether he even knew where Alabama was, to begin with.

For the Trump ‘scholars’ who like to discern a method in his madness, the president had not mentioned Alabama mistakenly but had merely wanted to give a shout-out to one of the states that supports him most strongly.

Perhaps Trump made a mistake and then refused to correct it, as has so often been the case. Perhaps he made a mistake, then realised that the attention it would bring him would more than compensate for being mocked.

Perhaps he knew all along that the hurricane was not going to go anywhere near Alabama, yet decided to pretend that he had made a mistake so that he could create yet another opportunity to excoriate the mendacious mainstream media.

But none of these possibilities was as individually compelling as the idea that all of them were simultaneously true.

As Michael Wayne suggested shortly after Trump was elected in 2016, it is so difficult to figure out what he actually means at any given time that the president can seem like a perverse manifestation of quantum theory.

Interestingly, Trump was also in the news this past week for signing an executive order establishing a National Quantum Initiative Advisory Committee, moving forward with the 1.2 billion dollar law he signed into law this past December intended to help sustain the United States’ competitive advantage over nations like China and Russia.

For an administration that has proven to be extraordinarily hostile towards science overall, Trump’s quiet support for research in quantum computing seems strange.

Then again, so does the fact that the president expressed interest in buying Greenland precisely when climate change is threatening to restore it to the appealing territory the Vikings found around 1000 CE. That was also during a warming period in the North Atlantic, though nowhere near as strong as the current one.

Indeed, in those portions of the United States not dominated by the liberal elites that despise Trump, it wasn’t hard to hear people talking more favourably of the proposed acquisition.

Even so-called climate deniers, the sort who refuse to believe the doomsday predictions about where the planet is rapidly headed, saw the potential wisdom in securing land that might soon prove a lot more attractive for development than it currently is.

The fact that the president tweeted a photograph of a fishing village on the massive island with a gleaming golden-bronze Trump hotel looming in the distance reinforced this idea, even as his words promised that he would not be treating Greenland that way.

Perversely, the Greenland gambit may prove to have been Trump’s sly way of making it possible for him to take a different position on climate change, which even his own military advisers have expressed deep concern about.

You can call it quantum politics. Or you can just call it the art of the con.

Foucault once suggested that Clausewitz’s famous observation, “war is not merely a political act but a real political instrument” carried out by other means, be reversed, with politics made an extension of war. END_OF_DOCUMENT_TOKEN_TO_BE_REPLACED

Brexit will turn three on the last day of January, over six years since the 2016 referendum kickstarted Britain’s race to the bottom. END_OF_DOCUMENT_TOKEN_TO_BE_REPLACED

Be careful what you wish for. It may be a cliché, but it’s one the Greens are learning all over again. END_OF_DOCUMENT_TOKEN_TO_BE_REPLACED