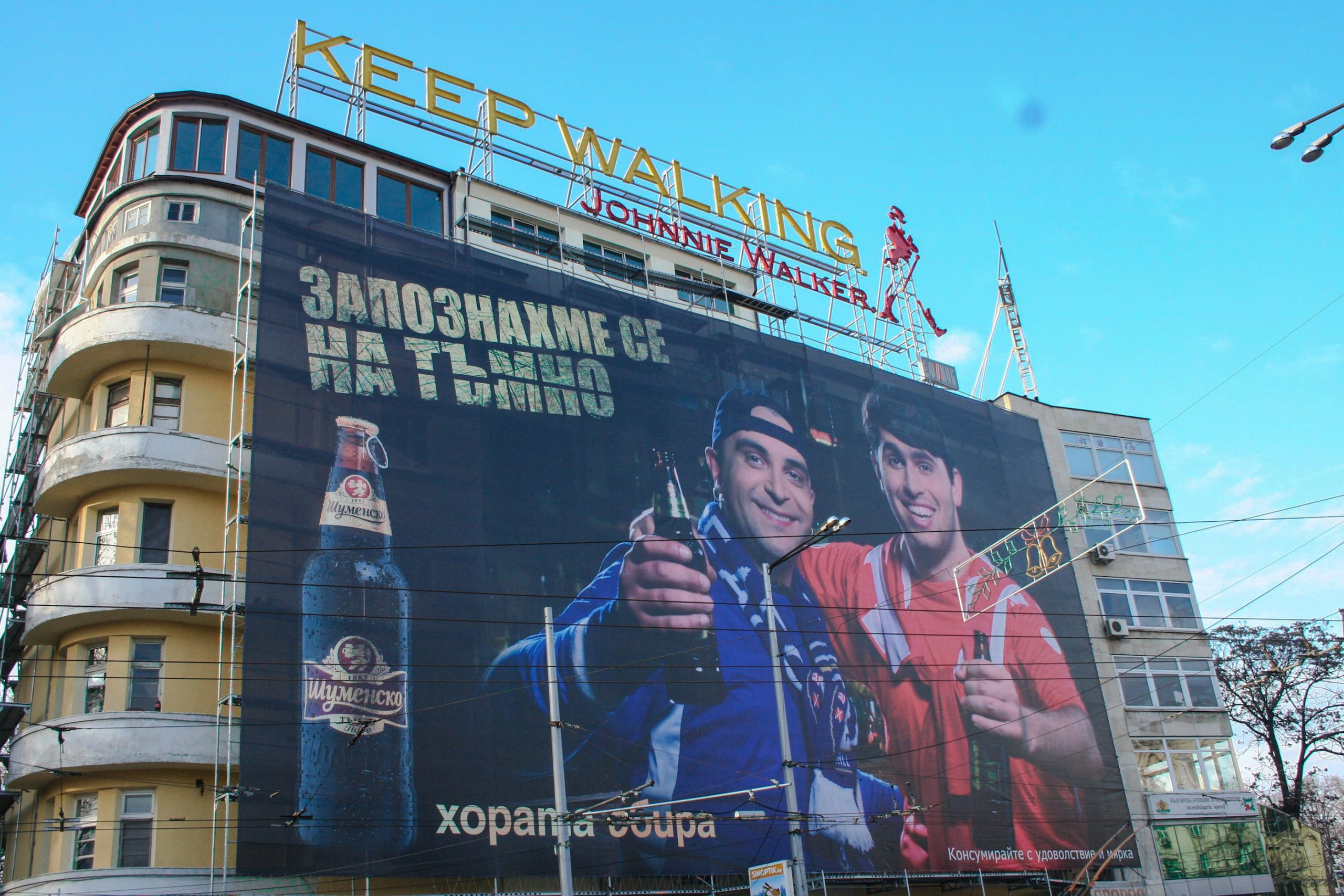 Born in Sofia in 1960, Enev currently works for the arts and culture section of the Bulgarian Sega weekly. He has also worked as a painter and hospital attendant.

Enev’s unique blend of the hyperreal and surreal and vivid short-story explorations of Bulgarian life have won him critical acclaim across Europe.

Upon the translation’s initial English-language publication in 2010, writing in The Guardian, Tibor Fischer described Circus Bulgaria as a book about the disappointments of post-Communist life.

The narrative framework, for communicating this, takes the form of a desperate lion-tamer, who sells his last lion to survive a hard winter.

Heather McRobie spoke with Denev about Europe, literature and belonging and journalism as a staging ground for fiction.

Deyan Enev (DE): Working as a journalist is indeed inspiring for a writer because it gives the writer new horizons, (and) feeds them with inspiration that he can use in his writing and makes him see parts of reality that he wouldn’t otherwise able to see.

Through my work as a journalist, I had the chance to meet so many different people and characters, to visit very interesting places that I wouldn’t otherwise see if I never left home.

The journalist experience and career of other writers such as Ernest Hemingway and Dino Buzzatti have always encouraged and inspired me to be curious about my newspaper work.

Working for years as a journalist, inevitably, shows you the other side of the medal, however.

Soon you understand that there is no time for air, for silence in between the words. They are just not knitted together like words in creative writing can be.

Words in journalistic text are somewhat shallow.  The day after they are published, they are of little interest to anyone.

The writer, who is tackling journalistic and creative writing, sooner or later has to give up journalism, if he wants to leave a trace as a writer.

HM: I first encountered your work in translation by Kapka Kassabova, and then went on to discover her poetry. How do you feel being translated by a poet? Does it mean anything to be a ‘writer in translation’? Does it affect how you write in Bulgarian, knowing it will be translated?

DE: Kapka Kassabova is a serious author and her name is on the map of contemporary European culture. The fact that she translated my book into English is a great complement.

To go back to your question – when I write, I don’t think about the translation of my pieces. Otherwise, it would be somewhat fake and not genuine to write with the idea to fit within a certain literature audience or environment that’s not mine.

HM: Many of your stories capture people caught ‘between two worlds’ or two realities. I often think of your story about Niki-Nikola, the Icarus of the Sofia tower blocks, whether he is psychotic or merely coming at the shocks of modernity from a different angle.

Do you think this sense of people ‘between worlds’ comes from your work with psychiatric patients, or is it a broader comment on how Bulgaria finds itself in post-Communist realities as ‘between two worlds’ in the perpetual liminal space of “transition”?

Is this sense of two realities something you are deliberately trying to evoke?

DE: When writing, the writer uses all faces of his experience – cultural, professional, social, living. All of these experiences somehow intertwine in one’s creative work. And indeed it is difficult to distinguish the percentage of each of those experiences within a finished piece of work. And there is no need for such dissection.

Each short story marks the mind of the reader in a unique way and pushes their individual buttons with codes and presuppositions that make each reader interpret the story in their own way.

What is most important for me is that the overall impact of a piece of writing opens new perspectives and expands the reader’s vision for knowing people, times, and eventually to add a layer to the reader’s frame of values.

HM: Do you consider yourself a Bulgarian writer? So much of your writing is so evocative of the sedentary layers of Bulgarian history, from the old folklore to the Communist experiences to the present day. Do you see yourself as part of a longer Bulgarian literary tradition?

DE: Yes, I consider myself a Bulgarian writer, part of a significant literary tradition with key achievements in the realm of the short story genre, I’ll mention Yordan Yovkov here. Unfortunately, Bulgarian literature is not known and popular on a global scale because Bulgarian is the language of a small country.

HM: Are you optimistic about the situation of literature in Europe today? And do you consider yourself a European writer as well as a Bulgarian one?

DE: When I see all those passengers of all ages, young and old, on public transport, hypnotised by their smartphones, I’m not a big optimist. After all, however, this is the time we live in and we’d better not give up.

This new digital world is prompting writers to seek new ways to get to the hearts of their readers. I’ll mention here two European writers: Alessandro Baricco and Michel Houellebecq.

HM: What would you like someone approaching your writing (in Bulgarian or in translation) for the first time to know?

DE: These are short stories. If you read the first one and you don’t like it, read a second story. There is a chance you’ll like it a lot.

Photograph courtesy of Kaj17. Published under a Creative Commons license.

Krzysztof Kieślowski’s 1976 film The Scar, which chronicles the construction and operation of a large chemical factory, breaks many of the rules that had governed narrative cinema since the silent era. END_OF_DOCUMENT_TOKEN_TO_BE_REPLACED

The Russian government is awarding prizes to Macedonian writers. END_OF_DOCUMENT_TOKEN_TO_BE_REPLACED

The 1970s was a decade of broken dreams. The end of the postwar boom brought to a close the era of middle-class liberalism in Europe and North America. END_OF_DOCUMENT_TOKEN_TO_BE_REPLACED