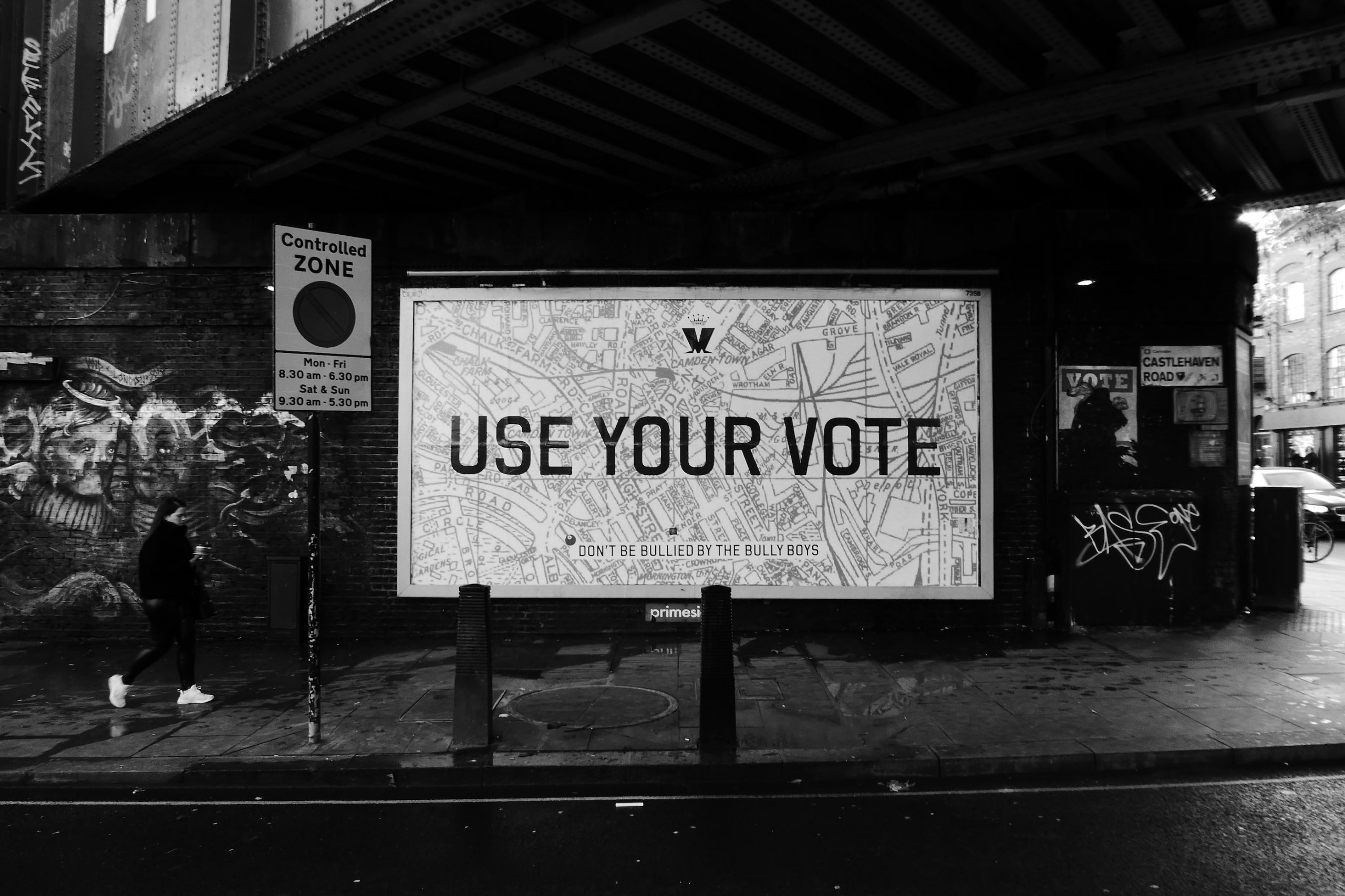 Tories are bad for your health. London, December 2019.

It would be easy to react with spleen and rant about the working-class people living in Northern towns that voted Tory to support an Etonian. Many people have already given in to the temptation. But this is not just self-destructive. It’s wrong.

The future could still be ours. It’s possible to win back the North and the Midlands in a post-Brexit situation, where the dividing lines are no longer defined by Remain and Leave. We have to think beyond the short-termism of electoral politics and the limits of parliament.

Some people will want to walk away after this terrible defeat, but we have a leadership contest to win. We have a public to engage with. The left has to do more than act as part of an electoral machine. We have to embed ourselves in communities to rebuild working-class institutions.

Brexit is a fantasy doomed to fail, and the Johnson government will be exposed to public outrage once it tanks. The good news is that the Tory Brexit deal will fail on its own terms. The bad news is the country will pay the price for it. So it goes. We have plenty of work to do.

The Johnson victory is the most depressing election outcome in my lifetime. The Conservative government has been quietly privatising the NHS and cutting off frontline services to the poor for almost a decade. The results: four million children living in poverty and one million people depending on food banks.

Yet the Labour Party has suffered its worst defeat since 1935, even worse than the catastrophe of 1983. There is no pretending otherwise and we have to take ownership of the failure. The liberal centrists and the right have their ready-made narrative: Labour lost because Jeremy Corbyn was too left-wing and too radical for ordinary people.

The truth is more complex because Corbyn was not too left-wing for 40% of voters in 2017. The Labour manifesto was a radical social democratic pamphlet that pledged renationalisation of the railways and higher taxes on the super-rich. These policies are still popular today, but the election was waged on Brexit and not class issues.

Even in 2019, Corbyn won a bigger percentage of the vote than Ed Miliband did in 2015. He still got more than 10 million votes at his worst – more than Tony Blair in 2005 and Gordon Brown in 2010. In other words, the way forward is to build on the work we’ve done and not to reverse course.

The New Labour project secured a landslide victory in 1997 after 18 years of Tory rule but would lose 5 million voters from 2001 onwards. It was only the ineptitude of the Conservative Party, and the electoral system, that kept the Blairites in power for so long.

The collapse of the Northern Labour vote is a result of 40 years of neoliberal policies which have deindustrialised the so-called Labour heartlands. Once the mines closed and the factories were offshored, many towns lost the core of their communities and trade unions vanished from public life.

The big question is how to restore working-class organisations in an economy where trade unions are weaker and less present in people’s daily lives. Many local Labour parties have been moribund for years for good reason. Reversing this will take time and hard work, not quick-fixes.

The Labour Party has changed since Jeremy Corbyn became leader in 2015. It hasn’t changed enough, but it’s changed to the extent that the mass membership – some 485,000 people – are not going to allow the right to recapture the leadership.

There will be right-wing MPs who want to change the voting rules to make the leadership election more exclusive. However, the National Executive Committee (NEC) has a decisive role in any such changes. During the last leadership election, the NEC moved to suspend over 100,000 members. Fortunately, the NEC is now a very different body and includes leftists.

Meanwhile, the left has demographic change on its side. Every age-bracket below the age of 65 voted for a radical manifesto. The student vote played an important role in key areas, such as Canterbury, but the party has a core vote of people in their 20s, 30s and 40s. These people are not going away.

The Liberal Democrats lost their leader Jo Swinson and many New Labour candidates like Caroline Flint lost their seats. The populist backlash against the second referendum policy suggests the extreme centre has less to run on than the left. Though a pivot to Brexit would have cost the party just as much in Remain areas, so there are no easy answers here.

What is certain is that the centrist camp is still facing ideological exhaustion. The fact that the Corbyn project has hit a major obstacle and now has to change to survive does not mean the Labour left should give up and surrender to the status quo.

The national question has absorbed all the energy of class politics in the UK. This trend goes back several years, and the Labour Party first faced its wrath in 2015 when it lost the whole of Scotland in one fell swoop. The battle to win back the North is of a similar magnitude.

There is no one-trick solution to rebuilding the party and making it central to communities up and down the country. A return to the days of Blair and Brown, when local parties were hollowed out and candidates parachuted in over the heads of voters would be a huge step backwards.

The conflict between Russia and Ukraine continues with no end in sight. END_OF_DOCUMENT_TOKEN_TO_BE_REPLACED

Some websites make the news, others make headlines. END_OF_DOCUMENT_TOKEN_TO_BE_REPLACED