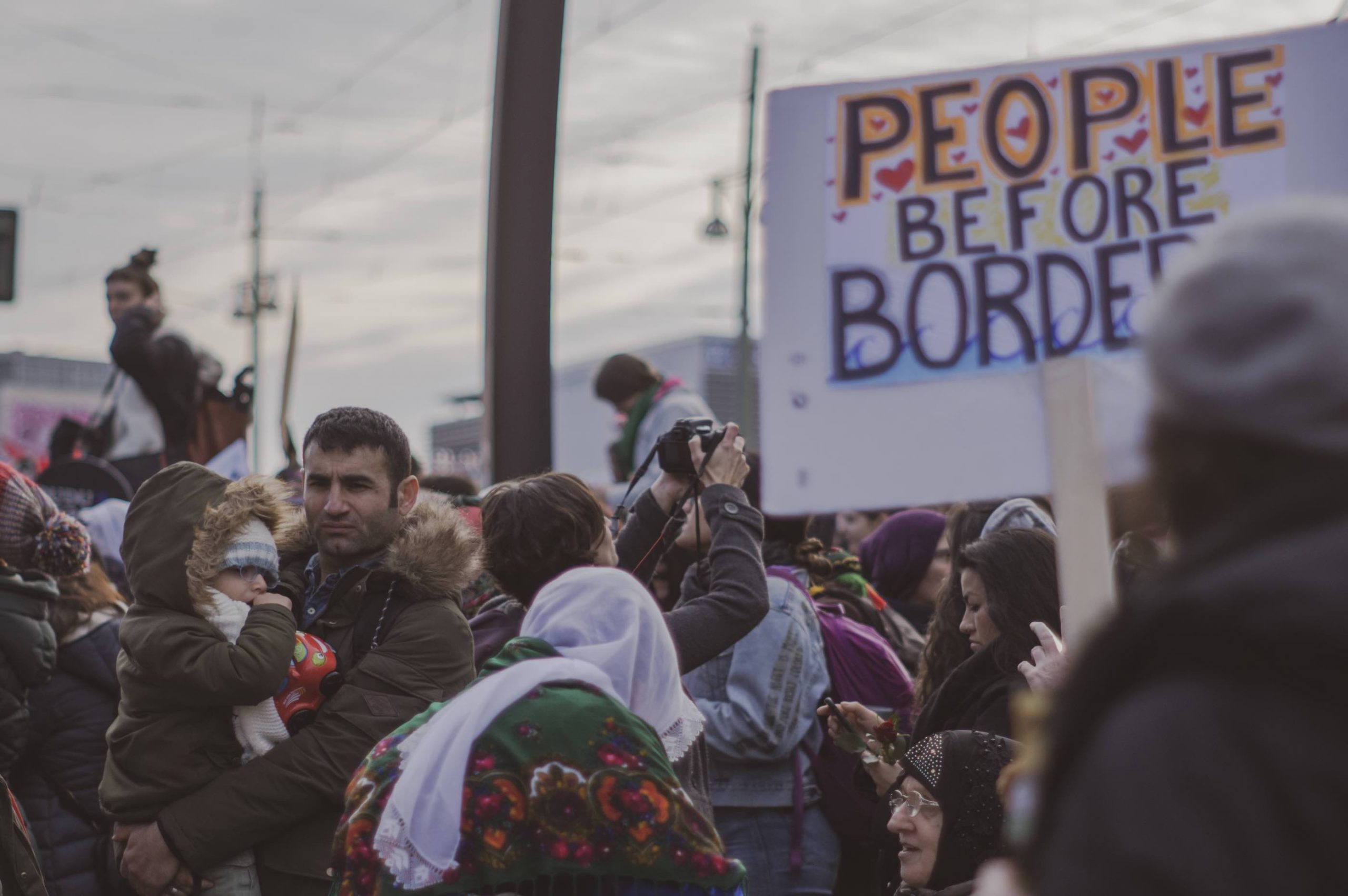 The figures we see are growing exponentially.  The numbers of deaths continue to mushroom daily.

Economic systems are falling rapidly, triggering a worldwide recession whose impact on jobs and growth is not yet known. Entire industries have shut down.

Countries around the world are restricting the movement of people, blocking the entry of persons coming from regions and countries particularly affected by the virus.

People have finally recognised how globalisation created economic interdependence, of corporations and businesses.

The ways in which globalisation shaped how we manufacture and trade now appear merciless. It’s become questionable how our societies can continue to afford the status quo.

And, even more explicitly, how we can continue to secure goods of first necessity in case of emergencies like the coronavirus crisis.

The world is increasingly coming to understand how cross-border supply and value-added chains are linked on a global scale.

All this should foster a new collective resilience where coordinated multilateral action is required to translate globalisation ‘de facto’ to globalisation ‘de jure’, as Alex Sceberras Trigona, the former foreign minister of Malta, recently said.

The European Union and the United States, and countries such as India and Indonesia, are running desperately short of simple medical goods like masks and other protective equipment.

Prices are skyrocketing for such products, which cost. in normal times 0.50€ per piece, but now fetch up to 10€!

Neoliberal economists contend that this is normal under such circumstances and could be learnt in every first-year economics class.

They argue that the best way to make sure that supply meets demand is to let sellers charge higher prices,

This is a sarcastic theory, as well as reality. Such economists forget that in the meantime people are dying and medicines and health care workers are infected.

The supply side must be capable of producing, and in times of globalisation, shipping sufficient quantities to different markets.

Most of the pharmaceutical products for Europe and the US are manufactured in China or India. This is not only the case for masks and generics as paracetamol, but also for highly sophisticated anti-cancer treatments and for all kind of antibiotics.

According to a study made by Roland Berger Consulting for the pharmaceutical association Pro Generika, 80 per cent of all antibiotics for the German market are produced in China.

The pharmaceutical sector sometimes recalls the Soviet era, where whole cities were built around a mega-factory, which supplied entire countries with a certain product and which everyone was dependent on. We thought we’d moved on since the fall of the Berlin Wall.

As globalisation is firmly anchored, it’s highly unlikely that an extensive unbundling and re-regionalisation of the value chains happen in the aftermath of the corona crisis. Some industries will be brought back. This can already be seen in some areas, like the textile industry of Italy.

Unfortunately, this is one of the explanations why Italy is so highly affected by the coronavirus. Ties between Italy and Wuhan are very strong and many Chinese live in northern Italy. They maintain close relations with their families in China, not only by social media but also through travel.

Globalisation makes many things cheaper and is of benefit to our wealth and growth. Ian Goldin brought this into the debate with his remarkable book Age of Discovery. But Golden also explained how dangerous unharnessed globalisation could become.

This is what we are facing now. Over the last 40 years, globalisation brought us an absolute crescendo of developments never before imagined. Especially in the last two decades, in which we witnessed unprecedented changes.

Yet globalisation also brought us interdependence, risk, instability, confusion and fear. Globalisation created tremendously inequalities between nations and continents and within national and local communities.

The system is much more vulnerable to crises and hence less resilient than we thought. Production patterns are trimmed to extreme efficiency, without intermediate storage and buffers.

The tallest cargo ships or trucks serve as a kind of mobile storage. Despite all that flexibility, it quickly reaches its limits when disrupted at its roots as we are currently experiencing.

Yes, of course, we have to deal with the model of our economies. In history, there is never a simple return to the status quo ante after huge disasters.

But without any doubt, the future will not be particularly revolutionary. If the coronavirus crisis is under control, thanks to antidotes and vaccines, we will see changes.

We will recognise that some of the production patterns and service providers will not work together the same way as before. The structure of our globalised economy consisted of clearly defined shapes like a puzzle which initially only fit together a single way.

This is changing now and our societies as a whole need to cope with it. Changes are happening already and more will come. Some slowly, others faster and then bigger.

It is obvious that to avoid such turmoil again, these changes need to be brought together differently than before.

Hence, this crisis will finally bring with it an important recasting of how our economies operate and we will have to adapt our lifestyles to these changes.

Unregulated globalisation without structures of resilience is unsustainable with the model of society we want to live in, in Europe and in the world. This the lesson of the coronavirus crisis so far.

Collective resilience will be the major challenge. We will not only have to maintain but reform our global governance structures.

The WHO, WTO, the IMF and the World Bank are irreplaceable institutions and it is only through a more efficient and more resilient multilateral system that we will be able to overcome a worldwide scourge such as the coronavirus.

This should provide the final moment to reform the UN and its agencies to better protect the world’s citizens and global public goods. Our international system of governance must deliver in the proper sense of the word — now and in the aftermath of the corona crisis.

On the global level, we will have to accept more restrictions to protect vulnerable populations and those at risk. This is not only a question of overcoming this crisis but also those to come.

It is only by acting collectively in the service of citizens that the crisis will be overcome.

The “America First” of Donald Trump and the “European Retreat” seen in the UK, in Hungary and Poland are dead ends.

The EU could benefit from such a new momentum. But even more united, Europe cannot weather the storms without a collective commitment from the outside. The threat of a pandemic requires everyone to participate in a system of global coordination and collective resilience.

This crisis is an opportunity to correct many of our current dysfunctions. We can find the necessary impetus to make immense progress to improve our common living together.

Until then, the measures adopted in the coming weeks by each state will be decisive.

Europe must demonstrate that China’s success in fighting the coronavirus can be achieved in a more transparent and democratic manner.

Surveillance measures and laws restricting freedom and liberty are not what our Western democracies are built on.

Aside from our health systems, our democracies are being tested.

Our societies have to be cautious and continue to counter populism. Borders must continue to be dissolved until they can no longer be rebuilt.

A stronger economy can be built within such a European Union. It might even be possible to temporarily dispense with member states such as Hungary or Poland.

The strength of such a Union has to be backed by public and state funds to make companies more independent of the volatility of investors, the threat of disease and international conflicts.

In such a Europe, a self-contained network of industries and services could be formed, which produces for its own internal market, but also imports and exports from other regions of the world — while maintaining strict social, ecological and ethical norms.

Europe could show finally that the often-quoted universal European values are finally entirely inherited. In such a new Europe, nationalism and populism would be much less common than now.

The Fragile Reality of Humanity

The coronavirus is a brutal reminder of reality. Our lives have become more fragile. We are subject to random threats we can hardly control. Our relationship to others, and existence, must change.

This is what the Slovenian philosopher Slavoj Žižek aptly explains in the Neue Zürcher Zeitung:

This is the most disturbing lesson that the ongoing virus epidemic has for us: people are much less sovereign than they think. Man carries on what is brought to him. He speaks and doesn’t know what to say. He appears — and at some point, he disappears from the surface of the earth. He has to be able to endure with it without going crazy.

The conflict between Russia and Ukraine continues with no end in sight. END_OF_DOCUMENT_TOKEN_TO_BE_REPLACED

Some websites make the news, others make headlines. END_OF_DOCUMENT_TOKEN_TO_BE_REPLACED