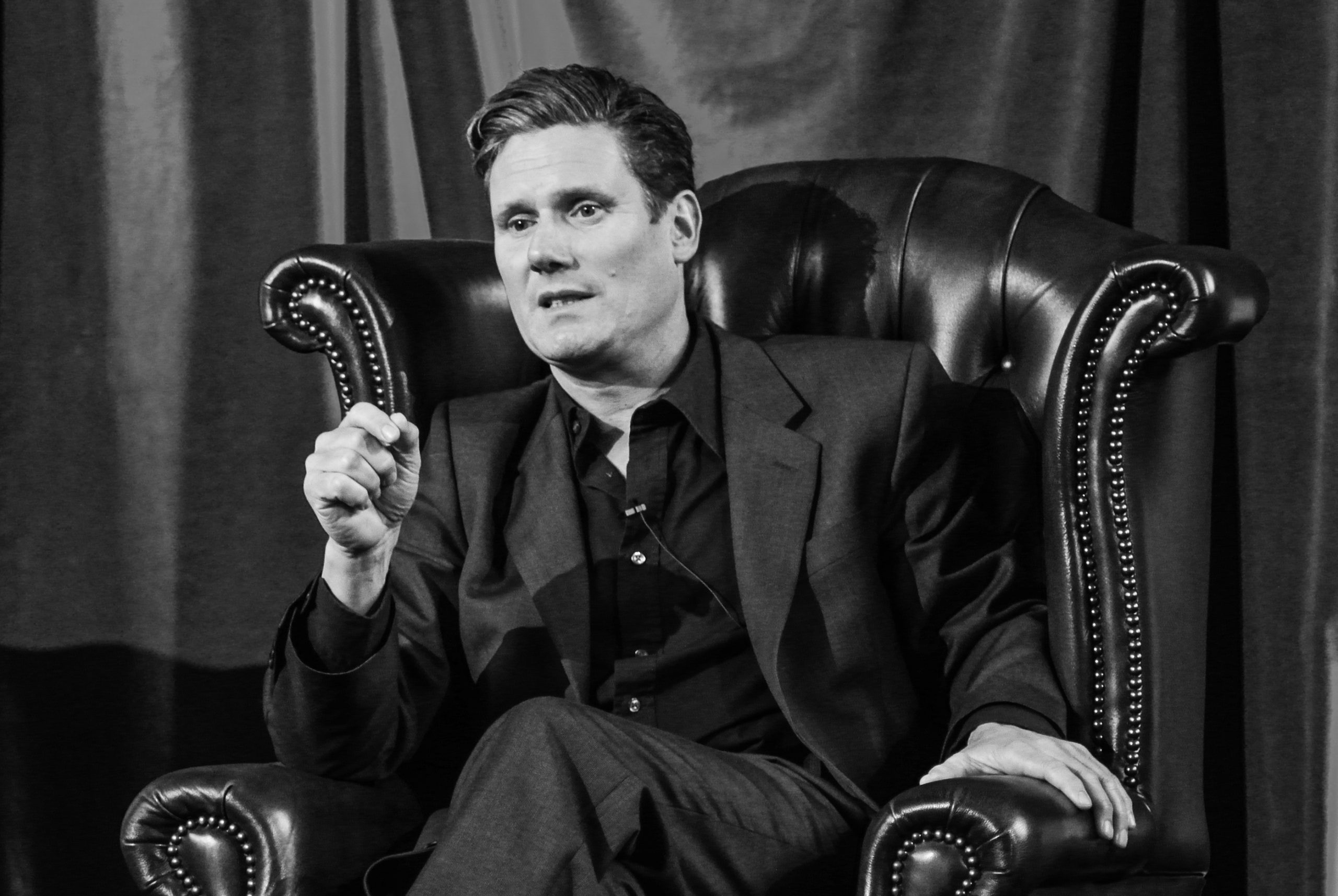 Once upon a time, Starmer was a young radical editing the post-Trotskyist magazine Socialist Alternatives and attacked Neil Kinnock for making concessions to Thatcher. He has come a long way since then. He’s now a hero to Remainers, a saviour to Blairites, the messiah of Labour First, yet somehow he is still a friend to Corbyn.

The next few days will give clear signs of what to expect from the new leadership. Many people in the party are elated, but for different reasons, while some members have vowed to leave the party in response.

Tony Blair’s former policy adviser John McTernan has resurfaced. He has set out five rules for leadership and has no time for compromises with the Labour left. McTernan wants Starmer to act ruthlessly against the Corbynites.

Rule number 2: Act Ruthlessly. “Do not be sentimental. This is the time to purge the party machine and put your own people in charge. Sack the general secretary and all the place people immediately.”

Technically Starmer could purge the left, crush Momentum and restructure the voting system to prevent anything like this from happening again. He has a strong mandate and the power to pursue it. But there are precedents for such a purge.

“As we said when we expelled Militant, there’s no problem with a witchhunt when there really are witches to hunt,” wrote McTernan.

However, there are good reasons to expect Starmer is much less keen on such actions. The Holborn MP has pitched himself as a “unifying figure” to end the bitter infighting of the last five years and return to consensual politics.

On the other hand, it is clear that this unity means harmony within the Parliamentary Labour Party and not necessarily unity between the PLP, the members and the voters. This might not be enough to please the Labour right.

So far, Starmer has reshuffled his deck of cards to replace Corbyn loyalists and bring soft left figures like Anneliese Dodds to the forefront. He has brought Blairites like Rachel Reeves back into the fold and appointed his rival Lisa Nandy to Shadow Foreign Secretary.

Rule number 3: Punish the losers. “Continuity Corbynistas like Rebecca Long-Bailey and Richard Burgon must be exiled to the backbenches for the rest of their parliamentary careers, which should be as brief as possible,” said McTernan.

Again, it’s hard to imagine Starmer having the stomach for this. There are reports that he will put together a ‘soft left’ team, keeping some junior members of Corbyn’s shadow cabinet.

What is clear is that there will be little chance of democratisation. Starmer has avoided the issue whenever he has been asked. He will continue to do so as leader because it’s the easy way out.

Rule number 4: Ignore the party members. “Punishing Burgon and Long-Bailey will alienate a portion of the membership. Good. Let them return in disgust to the fringe parties where they should have been all along.”

Starmer’s own record has been to work with people he disagrees with when he has to. Yet the PLP will be eager to pull him ever rightwards. It’s unlikely the polite barrister will resist such calls forever.

“Any gathering of more than a handful is disproof of the notion of the wisdom of crowds. Restore party conference to its proper role — a loyal leadership rally,” McTernan suggested.

Yet the Holborn MP has been successful precisely by biding his time and not picking fights with the left again and again. This is why he has been elected by many of the same people who voted for Corbyn, not once but twice.

The same could not be said for Tom Watson or Jess Phillips. Many of Corbyn’s most virulent critics worked hard to polarise the party into opposing camps in the hope of splitting the party at election time. None of them was capable of holding still and keeping quiet like Starmer.

Rule number 5: Take back the unions. “Give yourself the insurance policy all Labour leaders need – a loyal, rational industrial wing,” said McTernan. “Until Unite has a sensible leader you will not be as secure as you should be.”

McTernan goes on to quote his beloved Tony Blair on party discipline. “You only have to break one of their legs, not both of them,” said the New Labour leader. “Actually, the trick is to make people believe you are willing to break their legs,” McTernan added.

Starmer may have ran as the unity candidate, but he was unable to secure the support of Unite – the UK’s biggest trade union. He did win over Unison (albeit without any consultation of its members).

The Labour Party has many problems to settle that the right-wing does not want to resolve. The trade unions have not been happy with mediocre centrist leadership, nor have the members and such leadership has failed to inspire the public.

The idea that this is the only way to get back into power no longer stands up. In the 2017 election, Jeremy Corbyn won 40% of the vote and outperformed Ed Miliband, Gordon Brown and even Tony Blair (in his last election anyway).

Even when Corbyn lost last December, the Labour Party still did better than it did under Miliband and Brown. Indeed, the much-loathed Islington MP ranks alongside Labour’s most successful leaders Clement Attlee, Harold Wilson and Tony Blair in terms of vote share.

Of course, Corbyn’s terrible defeat in 2019 ranks alongside Labour’s worst moments – most notably the 1983 defeat where the party’s national vote collapsed to 27%. He still did better than Michael Foot and got closer to power than Kinnock ever did.

The next election is due in 2024. Sir Keir Starmer will have to transform the party to energise its base and take advantage of its capacity to get the vote out. He will have to reach out to Northern voters to rebuild Labour’s shattered base.

Even then it’s very unlikely Labour will sweep away the Conservative majority and return to power in security. We might at best get another hung parliament or possibly a minority Labour government propped up by the Scottish National Party.

The Labour right still faces the same dilemmas it faced in 2015. The party faces a dissatisfied public and a political establishment that no longer needs it. Many so-called centrists will find they don’t have an agenda having spent the last few years defining themselves against Corbyn and Brexit.

What’s certain is that the future isn’t going to be a replay of 1997. Either Starmer will rebuild the party and resolve some of the fundamental challenges it faces, or he will flounder, capitulate and disappear from history.

Not many newspapers begin life like The New European.  END_OF_DOCUMENT_TOKEN_TO_BE_REPLACED

It’s remarkable how candidates in the Tory leadership race have channelled Margaret Thatcher. Especially as they’re barely old enough to have experienced her policies. END_OF_DOCUMENT_TOKEN_TO_BE_REPLACED

The Russians have struck Odesa again, this time mere hours after reaching a deal with the Ukrainians. Though spared the worst of the war, an attack on Odesa is an attack on the best of Ukrainian and Russophone culture alike. END_OF_DOCUMENT_TOKEN_TO_BE_REPLACED