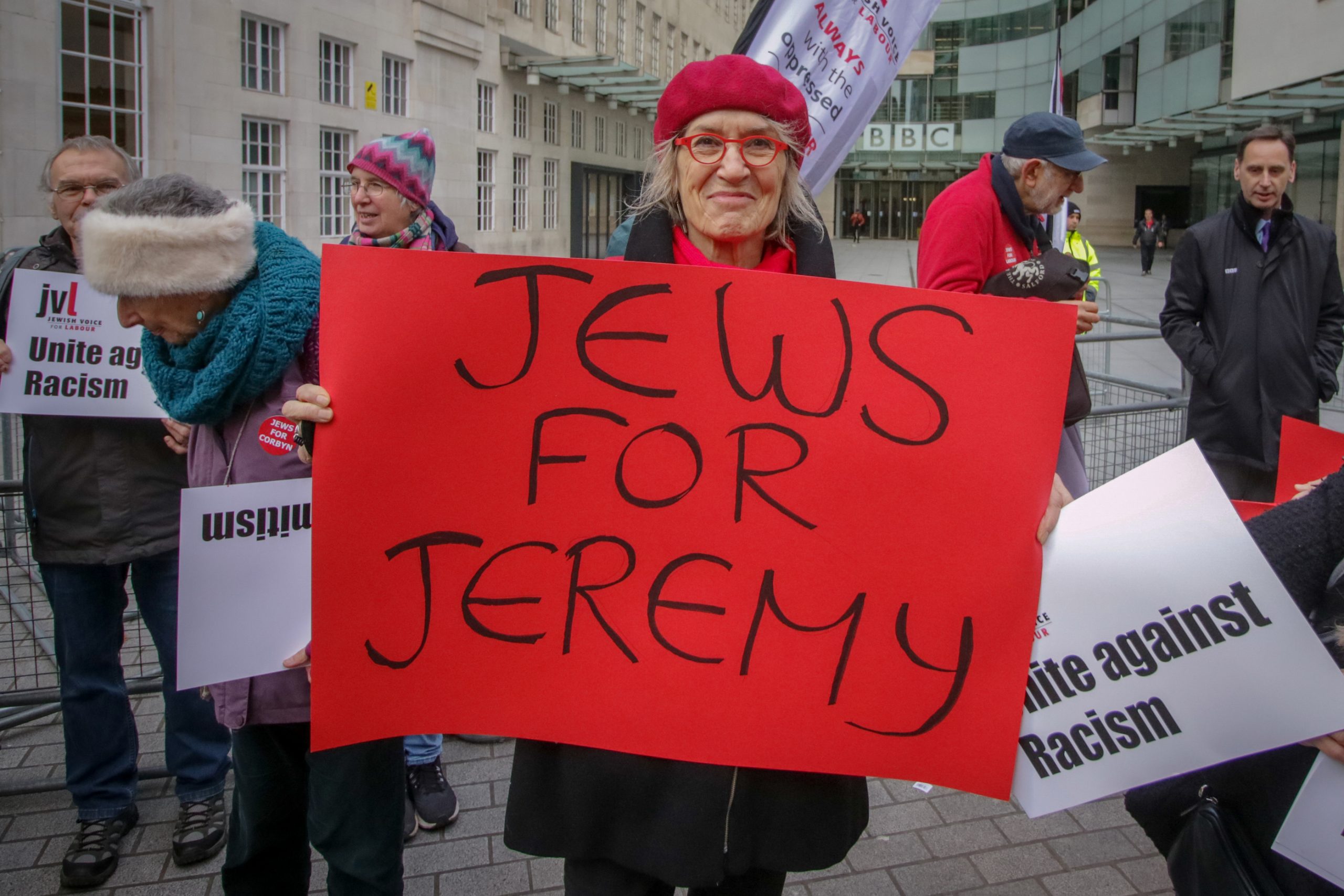 The leaks provide more than a ‘gotcha’ moment for his supporters. They’re a snapshot into the party’s civil war.

Five years of bitter infighting have wrecked Labour’s reputation. This was the point for the cynical apparatchiks who set out to destroy Corbyn and break his base of support.

The narrative was simple: Labour had become a safe haven for Antisemites because Corbyn is a better friend to the Palestinians than he is to Benjamin Netanyahu.

The Labour leaks show this narrative was fuelled by bad faith. The Labour bureaucracy was overwhelmingly hostile to the Corbyn project. The MP for Islington North embodied a vision that they hated and feared.

When the Labour Party came close to victory in 2017, the staffers were in mourning because they thought they might actually end up with a Corbyn government. As the exit poll came in, the McNicol team were distraught.

“What’s the atmosphere like there?” asked Emilie Oldknow, the executive director of governance.

“Depends which side of the building!” said finance director Simon Mills. “Split between euphoria and shock.”

“We are stunned and reeling,” said office director Julie Lawrence.

“They are cheering and we are silent and grim. Opposite to what I had been working towards for the last couple of years!” said office manager Tracey Allen.

These quotes are all from a WhatsApp group for the senior management team, including former General Secretary Iain McNicol himself. “It is going to be a long night,” McNicol told his team on election night.

The leaked report shows that the McNicol team was very concerned with funnelling funds to the right seats of key allies like Tom Watson. However, they were hoping for a Labour defeat that would leave Corbyn in a very weak position so they could launch their return to power.

It looks like right-wing Labour bureaucrats were more interested in trashing Corbyn than they were in dealing with serious allegations and even misconduct. This went so far as to delay the suspension of Ken Livingstone, but the overall picture is even more damning.

The story of Labour’s Antisemitism scandals tells us more about the cynicism of the British establishment than any other story in recent memory.

History is written by the victors, except if the losers fight back. And the history of Labour’s bitter factional battles has yet to be written.

We’re still expected to believe Corbyn is a unique figure in Labour history.

He alone is responsible for a wave of Antisemitic abuse that began almost immediately when he took over the leadership.

The party is no longer safe for Jews and all Jews agree that the party is their enemy.

Many of us in the party argued this picture was created to vilify the left and its aims. Indeed, the Labour Party has had cases of Antisemitism and racism going back before Corbyn.

It was Blairite apparatchik Alastair Campbell who ‘okayed’ a disgraceful ad campaign that depicted Jewish Tory leader Michael Howard as a pig and even as Fagin-like figures.

The leaked report raises difficult questions for the now Lord Iain McNicol and his team at the GLU.

Left critics of the Antisemitism narrative were lambasted as denialists and even Antisemites themselves.

The mudslingers always had the upper-hand, yet the full picture shows it was not the left who were allowing Antisemitism to go unchallenged in Labour.

When right-wingers like McNicol ran the GLU, the compliance unit expelled just five people and none of them were for Antisemitism.

Compare this with Corbyn-ally Jennie Formby, who took over from McNicol in April 2018. Formby expelled 89 people in two years, 46 of them for Antisemitism.

This did not stop the British media from going into overdrive in the summer of 2018.

Old stories about Corbyn’s social media posts were regurgitated on command and right-wing activists staged a series of protests outside Parliament.

The Labour right weaponised Antisemitism against the left, but in doing so they exploited legitimate fears and grievances in Jewish communities.

This reduced the serious problem of Antisemitism to a mere proxy in a bureaucratic struggle.

It comes as no surprise that the British media has either ignored the story or quietly acknowledged its implications.

The BBC and The Guardian buried the story as deep as they could and framed the report as ‘unreliable’ – as if it were written by Corbyn himself.

Murdoch-owned Sky News broke the story on 12 April and the rest of the media has barely acknowledged it.

Even liberal newspapers like The Guardian have invested a lot of political capital in the idea that Corbyn is a uniquely evil figure responsible for unleashing a wave of hatred in UK politics.

Of course, we’re expected to forget this ever happened. The Labour Party set out to bury the report, which is why it was leaked.

Now Keir Starmer has called an investigation into how it was put together in the first place.

There are legitimate concerns around how this internal report was compiled and why it was leaked.

However, the contents of the report raise fundamental questions about the relationship between the Labour leadership and Labour HQ and the GLU.

The chasm between Corbyn and Labour HQ was clear from the summer of 2015 onwards.

Staffers were much more sympathetic to the most right-wing candidate Liz Kendall (something the report confirms) than the MP for Islington North.

We now know that the team at Labour HQ viewed the influx of members as a serious threat. They viewed them as Trotskyist infiltrators working to subvert a centre-left party.

A great deal of effort was put into trying to purge the threat and stop the entryist operation.

However, this was a fantasy. The truth was that the supporters of Corbyn were by and large politically open people with a range of life experiences and viewpoints.

Most were pro-European and progressive. All of them wanted something different to the status quo.

This is why many of the same people have gone on to support Keir Starmer.

The idea that the new members were all revolutionary socialists is fanciful. Under Corbyn, Labour grew to 600,000 members. No Trotskyist organisation, real or imagined, has ever had more than 5,000 members in the UK.

This didn’t stop the Labour right portraying Momentum as Militant 2.0.

The Militant Tendency was a party within a party with its own internal structures, cells and institutions.

In fact, Militant was the proxy of the Revolutionary Socialist League.

The history of Momentum is fundamentally different. The organisation was set up under Jon Lansman to back democratic reforms in the party.

Indeed, the group can’t be understood in isolation from the struggle for mass party democracy. It can be seen as an energised version of the Campaign for Labour Party Democracy.

What has happened to Momentum in the years since it was launched is another story.

Today, Momentum is still run as Lansman’s own personal project. Members have been reduced to little more than people to get the vote out at election time.

Militant had far more planned for the future than this.

Nevertheless, the Labour bureaucrats took it on themselves to fight battles from a different era.

They wanted to replay the 1980s again and again. But this combination of obsession and paranoia soon morphed into something far worse.

Once again, the UK finds itself at a dilemma over Northern Ireland. END_OF_DOCUMENT_TOKEN_TO_BE_REPLACED

It’s been one horror story after another. Since Vladimir Putin first invaded Ukraine, the press has been deluged with reports of raw materials shortages and Europe’s reliance on Russian energy imports. END_OF_DOCUMENT_TOKEN_TO_BE_REPLACED