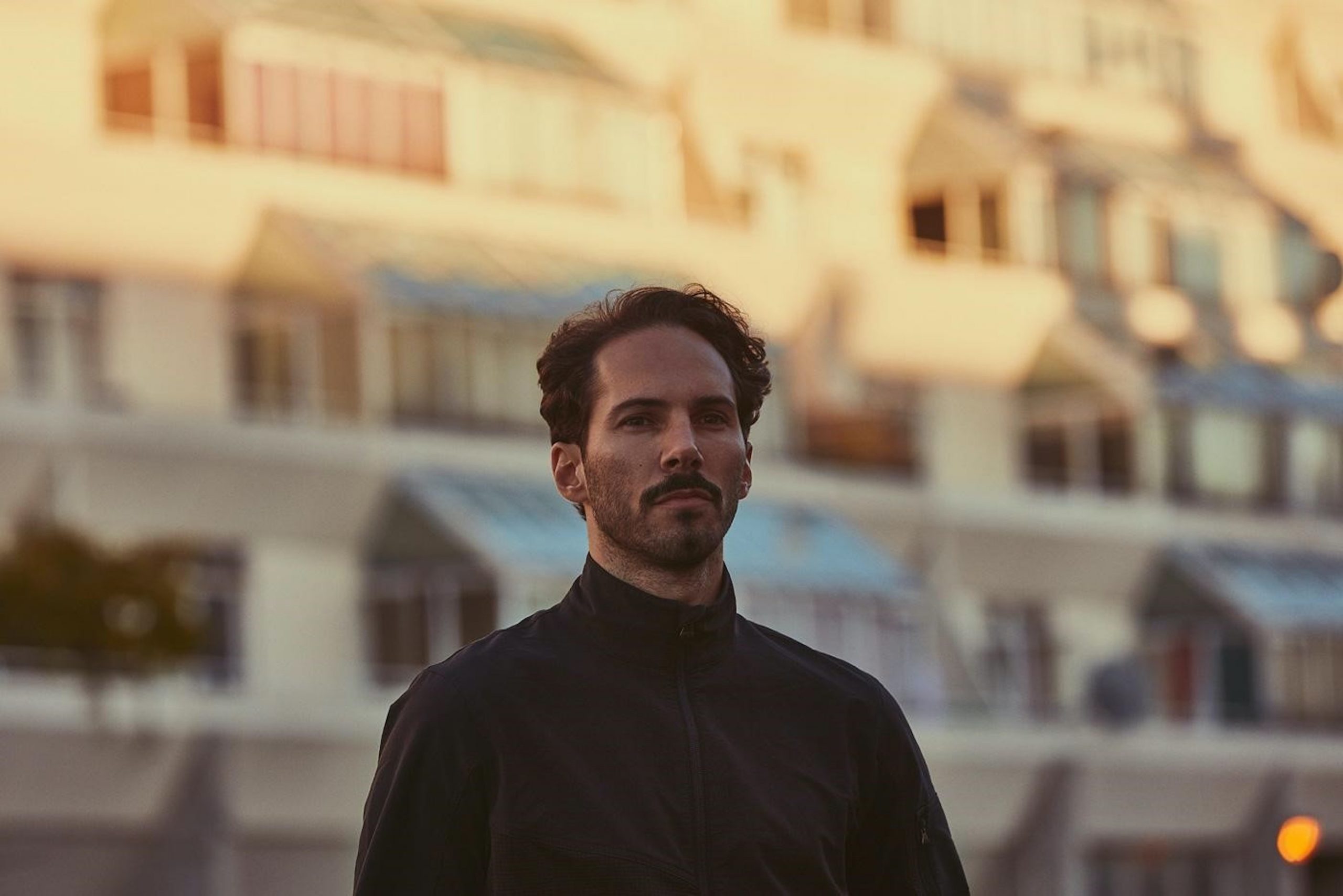 While Lorenzo Senni may have built his new record out of preexisting elements, he did so in the spirit of the Italian artists who regarded the ruins of ancient Rome as a source of raw material, rather than a cultural legacy to be preserved intact.

Yet Senni’s irreverent reappropriation of the past still manages to communicate the idea of his musical forebears, even while deconstructing them to the point of unrecognisability.

Timing may not be everything, but it can come awfully close.

Listening to Scacco Matto would have brought pleasure to lovers of electronic pop regardless of what is happening in the outside world. But offset against the brutally depressing news cycles of 2020, its bouncy eccentricity resonates on a different level.

It’s not as though the Europop of the 1980s had been the product of a particularly happy time, historically. The emancipatory promise of the “long” 1960s had exhausted itself in waves of radical left-wing terrorism in the late 1970s.

The neoliberal program of Margaret Thatcher’s Tories was asserting itself on the continent with increasing force. And the Cold War was newly hot, thanks to the reactionary hawk Ronald Reagan’s presence in the White House.

Looking around, sensitive young people had the strange sense that things were getting worse, but within the broader framework of a status quo that seemed impossible to dislodge.

The technological optimism communicated by the metronomic beats and lush synthesiser notes of Europop stars like Depeche Mode, OMD, and their many imitators across the English Channel shimmered like the silver lining of a future no less dreary than the one that first-generation punks had railed against.

Europop’s futurism was deeply melancholy, suggesting that the truly new world it proffered was a mirage, the ghostly residue of promises irreparably broken.

Without any of the gritty embellishments typically coded as dark and distressing or even words, Scacco Matto conveys similar sentiments today, while also reminding us to look for the origins of our current predicament.

Not only in the rise of populism, the financial crisis of 2008, or the damage wrought by the introduction of the euro, but in that increasingly distant time when the “end of history” first began to transform from a revolutionary aspiration into an apology for eternal capitalism.

If tracks like the stellar opener “Discipline of Enthusiasm” or the even more buoyant “Power of Failing” sound incongruous right now, it is because we face the grim prospect of trying to imagine a future for ourselves while being forced to confront the failures of the past that have threatened to foreclose it irrevocably.

Though a founding EU member state, following the introduction of the euro in 1999, everything that was dysfunctional about the Italian economy – and politics – came home to roost.

Already run into the ground by corruption and a series of populist governments led by Silvio Berlusconi and the Lega, Italy entered a new ice age, in which the future really was over. Checkmate, as the album’s title expresses it.

All of the progress Italy had made during the Cold War, rebuilding its industrial capacity to become an early hub for high tech – the personal computer, for example, was invented by Olivetti – came to a slow but inevitable halt over the last twenty years.

Scacco Matto is every bit the soundtrack of this era. Not, purposefully, a protest record, more like a mirror, self-consciously appropriating a 1980s idiom that foreshadows these changes.

That the record has been released by the respected UK electronic label Warp, is its own acknowledgement of the artistic equivalence of London and Senni’s hometown, Milan, better known for women’s pumps than ironic trance music.

Arriving at the height of Britain’s struggle with COVID-19, after the end of Italy’s own lockdown for the influenza, Scacco Matto’s faux optimism is appropriately sceptical about the future.

Italy may not have recovered, but it can pretend it has, is the vibe. No strangers to noir either, that much, the UK can still learn from. That’s where the power of failure lies. Sometimes, it’s better to acknowledge that you are beaten than to keep playing a game you can never hope to win.

Korean-German philosopher Byung Chul-Han is the quintessential postmodern figure. Having to come to Germany to study metallurgy, he switched fields and mastered the argot of German philosophy. END_OF_DOCUMENT_TOKEN_TO_BE_REPLACED

François Truffaut’s  The 400 Blows is one of cinema’s all-time classics, the 1959 film that demonstrated how deftly a new generation of French critics could transform themselves into the filmmakers of la nouvelle vague. END_OF_DOCUMENT_TOKEN_TO_BE_REPLACED

Everyone has something to say about the violence at the 2022 Oscars, whose host called “the greatest night in the history of television”. END_OF_DOCUMENT_TOKEN_TO_BE_REPLACED