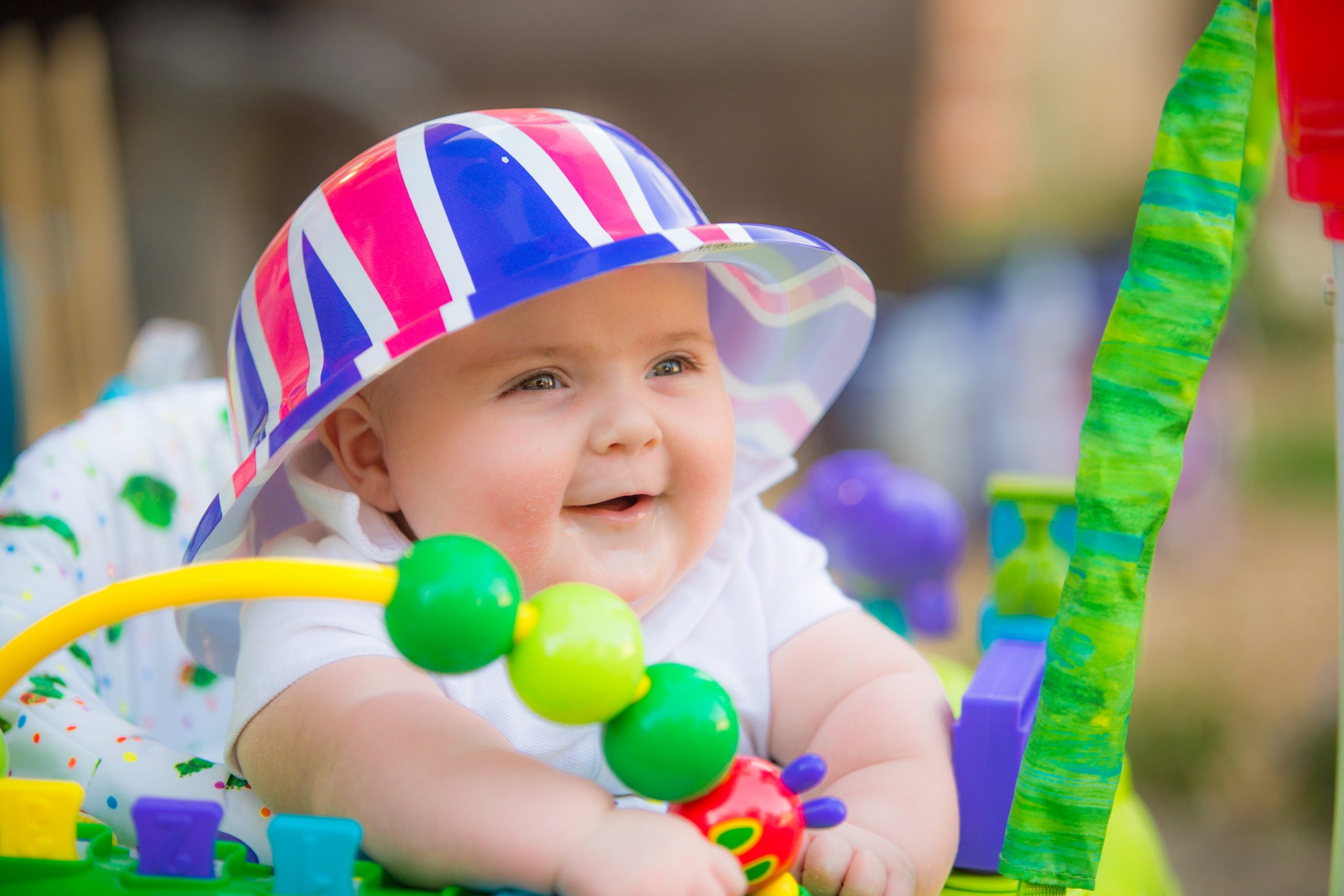 What accounts for its continuing popularity? With so many needlessly dying, it stands contrary to reason.

Looking for answers, I find myself back on the doorstep in Hendon. We were knocking doors for Labour in cold, damp November. We found the working-class areas were very pro-Labour, but this was not the case with every household.

“Fuck off! Fuck off, you cunts!” shouted the red-faced man in his bathrobe. “You fuckin’ muggy cunts! You muggy cunts!” he added for emphasis.

We decided to retreat rather than ask for clarification. It would have been nice to get an explanation for why he was so enraged at two Labour Party members turning up at his door. This was the worst encounter I had on the doorstep during the 2019 election campaign.

I had heard worse campaign horror stories. One elderly man was assaulted in South Yorkshire and was hospitalised. A friend in Coventry told me one person drew a sword and chased an activist from their front yard. It could have been much worse.

The man’s inflamed demeanour spoke of a different politics to ours. Yet stereotypes and clichés are not a safe guide to UK politics. This was the only incident of hostility we experienced that night.

I’ve encountered similar hostility from people who insist Boris Johnson is doing the best job anyone could do in this crisis. It was at its worst when Johnson was in intensive care having caught the virus. He became an unquestionable figurehead for a brief time.

Now, as the reality of COVID-19 is sinking in, the government is shedding unquestionable support. However, it’s still the case that the British government has more support than it should have – especially given that almost 35,000 people have died, according to the government’s own figures.

But this shouldn’t be surprising. The British right has successfully cultivated its hegemony on forms of recognition and distribution that privilege the national and patriotic, the individual and free enterprise over the international and social, the collective and trade unions.

The Economy of Recognition

Every Thursday at 8pm people come out of their houses and lean out of their windows to applaud the sacrifices of NHS doctors and nurses, but also the cleaners and the volunteers. It’s become a weekly ritual in the COVID-19 crisis.

Yet the clapping routine has come under criticism from some quarters because it’s seen as authoritarian and a way of silencing critics of the government. The irony of clapping for the NHS is that the incumbent government calling for it has done more to undermine and destroy the health service than any other government in living memory.

Similarly, some people on the left have criticised the VE Day commemorations because it’s framed in such militaristic terms. Indeed, the name ‘Victory in Europe’ is jingoistic compared to ‘Peace in Europe’ – the name used across the rest of Europe.

The Conservative government moved the May bank holiday to coincide with VE Day commemorations, but this was also to ensure International Workers’ Day was not a day off. This tells us a lot about the economy of recognition that the Tories favour.

Both of these things are forms of recognition with a relationship to a distributional base. No doubt the right uses both to shore up its own class agenda. There’s no reason the left can’t appropriate and repurpose VE Day and clapping for the NHS.

Clapping for the NHS should be a way to raise demands for the health service: greater funding, reform of management, the end of the internal market and the end of privatisation. Some homes are hanging out signs demanding an end to cuts and an end to the wage freeze for NHS staff.

It should be easy to take this much further. After all, the Conservative government has presided over a decade of failed market reforms, austerity and sell-offs to foreign companies. On the other hand, the fact that the NHS is a national treasure means it has been depoliticised in the public mind.

For example, the Second World War should be seen as a people’s war against fascism. It should be remembered in explicitly anti-fascist terms and the heroes of the war are working-class men and women, black and white, shoulder to shoulder.

It should also be remembered as an international struggle, not one fought and won by one country. The sacrifices of British minorities and colonial forces are not readily held up as examples of heroism. The same goes for the women who made victory possible.

There’s a comparable issue with the poppy appeal. Every year, the right-wing tabloids campaign for everyone to wear the poppy and failing to do so is a serious moral failing. This is why many anti-war activists feel the poppy appeal has been co-opted by the forces of jingoism.

Some leftists make a big deal out of not wearing a poppy as if it’s a great virtue. Others prefer to wear a white poppy to emphasise an anti-war position. Right-wing chauvinists respond with bile, portraying the left as unpatriotic, disloyal and more concerned with the suffering of foreigners than British soldiers.

It’ll be much more difficult to reclaim the red poppy. However, the campaign to support veterans should be a campaign for their rights. Even better, the poppy appeal shouldn’t be a charity because veterans can’t receive adequate support from charity. This is the case for a veterans’ union.

Wearing or not wearing the poppy is incidental, in other words. The same may be true about VE Day garden parties. The left has to fight the culture war to break out through enemy lines and get back to class issues.

The Politics of Distribution

The Johnson government came to power with a clear and simple, if anti-political message, to “get Brexit done”. Yet the Brexit deal was just the vehicle for a much broader right-wing project to remake Britain.

Prime Minister Johnson surrounded himself with libertarian advisers from small-government think tanks like the TaxPayers’ Alliance. Dominic Cummings is just the most famous, but there’s also Matthew Elliott, Chloe Westley and Munira Mirza.

Cummings, Elliott and Westley are all veterans of the Vote Leave campaign, whereas Mirza came out of the Living Marxism (LM) network – a coterie of former Trotskyists who have become full-blown radical neoliberals. Not content with preaching conventional wisdom, the LM network has made Brexit a key flank of its agenda alongside defending fossil fuels.

At the same time, Johnson gave important cabinet posts to Ayn Rand fanboys like Dominic Raab and Sajid Javid. Raab contributed to Britannia Unchained, a book hawking a free-market utopia; whereas Javid was a banker who re-read his favourite scene in The Fountainhead every Christmas.

Javid would later exit the cabinet in disgust at Johnson’s willingness to splash out public money to win votes. Political contradictions are difficult to manage, let alone repress and deny. Such tensions rarely go away.

Johnson may want to hear from conservative libertarians while he considers policy, but he’s cynical enough and ruthless enough to know what works for his electoral strategy. The premier has shown he’s willing to outspend the Labour Party to contain the coronavirus outbreak.

Big chunks of the North and the Midlands voted Tory for the first time because they wanted to get Brexit over with. It’s not guaranteed that these parts of the country will line up to vote Tory again in 2024. Somehow Javid must not have got the memo.

The modern Tory Party is far more right-wing on economic policy than it has ever been. Even the Iron Lady didn’t privatise Royal Mail. The post-Thatcherite settlement staggers on, but it’s running on empty.

Coronavirus has shown up just how empty its engine is. There’s only so many things you can privatise and only so much red-tape to slash and burn. They can price-gouge the NHS and sell-off the roads, but there’s not much else left at this point.

Even the Adam Smith Institute and the Institute of Economic Affairs, two of the staunchest neoliberal think tanks in Britain, have come out in support of Johnson’s interventionist strategy to contain coronavirus and boost economic growth.

We could be about to take a definitive turn to a night-watchman state. This may be the long-awaited triumph of minarchists, where the state will be rolled back to the point where it has little role beyond law enforcement and nationality.

Something tells me Johnson has other ideas.

Brexit will turn three on the last day of January, over six years since the 2016 referendum kickstarted Britain’s race to the bottom. END_OF_DOCUMENT_TOKEN_TO_BE_REPLACED

Be careful what you wish for. It may be a cliché, but it’s one the Greens are learning all over again. END_OF_DOCUMENT_TOKEN_TO_BE_REPLACED

Before his arrest, Andrew Tate was just another influencer with bad politics. END_OF_DOCUMENT_TOKEN_TO_BE_REPLACED