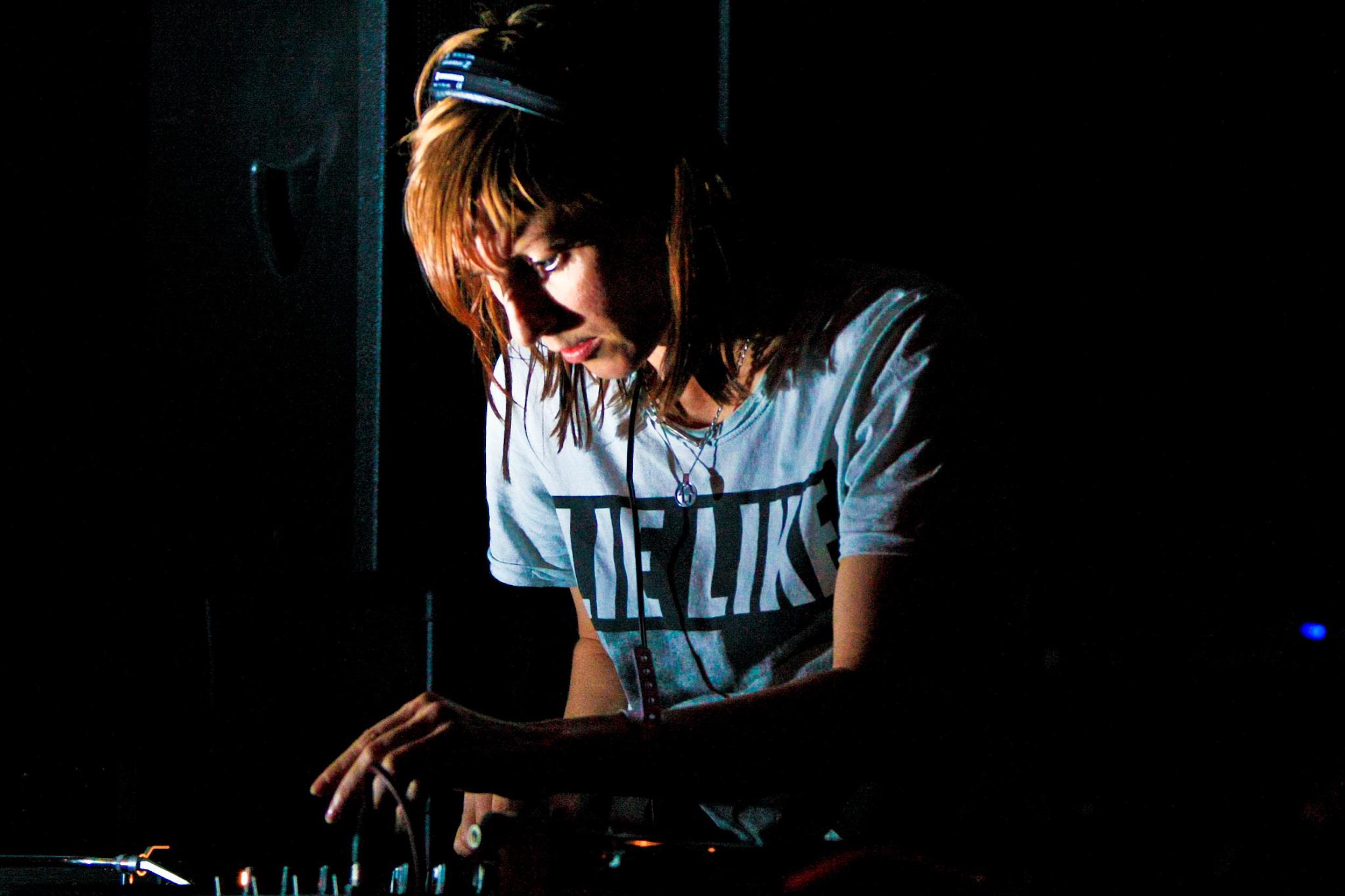 If you know her music well, you will feel at home. But sometimes in the manner Sigmund Freud famously described as unheimlich (uncanny).

While it doesn’t deviate far enough from precedent to constitute a full renovation of Allien’s sound, there is enough novelty in the details to qualify as a substantial redecorating effort.

The aforementioned bookends are somewhat deceptive in this regard. Tracks like “Traum”, “Confusion”, and the single “True Romantics” are more straightforward expressions of the narrow path Allien has been wearing smooth since first coming to prominence in the early 2000s.

But even AurAA’s more pop-friendly moments, as in the delicate opening bars of “In Music I Trust” or the haunting sounds that snake through “Walking in the Dark”, something seems a little bit off.

In contrast with her two previous albums, 2019’s Alientronic and 2017’s Nost, Allien isn’t indulging nostalgia for its own sake. The question that looms over AurAA is what she wishes to do instead.

The expectation that music ought to do so is not unreasonable. Historically tied to America’s Civil Rights Movement and the sexual revolution, dance music has always had a political shadow, one which its European practitioners know all too well.

Still, the impulse to situate cultural goods in relation to the social and political conditions surrounding them proves a double-edged sword. While this approach to criticism can illuminate features of a work that might otherwise go unnoticed, it also tends to cast shadows over the ones that made it appealing in the first place.

Excessive attention to the points where a book, film, or record can most readily be connected with politics or society makes it hard to perceive the energy their creators expended to prevent their work from dissolving into it.

While cultural criticism should heed the call to “Always contextualise!”, it will inevitably fall flat unless that demand is complemented by analysis of how art is always already enacting its own decontextualization.

The intros and codas on AurAA suggest a desire to comment on the Berlin, Germany, and Europe of today. So do the hesitant noises that snake through the background on many tracks.

The middle of Allien’s songs is another matter, however. Even as we settle into the easy comfort of the metronome, we risk forgetting the work she has already done to keep us on the edge of our seats.

On the surface, her two previous albums might seem more regressive. Their unapologetic nostalgia transports us back to Berlin before the city’s gentrification, when rents were still cheap, the fascist legacy of both East and West Germany was a more cautionary tale than terrifying prospect, and Europe still seemed like a promise worth keeping.

But the confidence they demonstrate in excluding recent disturbances, their single-minded focus on form, grants them an aesthetic autonomy that AurAA fails to achieve.

This makes the album feel oddly foreign in the environment that has beset Germany since the start of the pandemic, with its mix of paranoia, that the Coronavirus is a cloak for authoritarianism, and its Trump-friendly racist scapegoating.

To the extent that the new album registers that things have changed, however marginally, it struggles to avoid being caught between the proverbial rock and a hard place. Although this in-betweenness produces exciting results, at times, it also disappoints in its aloofness.

Perhaps Allien’s next album will demonstrate that AurAA was a transitional work, something she had to get out of her system to arrive at a new approach, one less isolated from what is going on around her.

Or maybe it will prove to be an abortive experiment, left behind to return to the self-containment she favoured in the past. Either way, AurAA is bound to prove even more interesting once it is easier to tell where she was headed while making it.

Photograph courtesy of Nudevinyl. Published under a Creative Commons license.

Walter Ruttmann’s 1927 film Berlin: Symphony of a Metropolis is strangely suited for these times, when traditional moviegoing is in perilous decline, providing a way to disentangle the art of cinema from that mode of consumption. END_OF_DOCUMENT_TOKEN_TO_BE_REPLACED

That the first song on Soulside’s new LP ends with a sample from a 1952 American civil defence film Duck and Cover, about a nuclear apocalypse, says it all. END_OF_DOCUMENT_TOKEN_TO_BE_REPLACED

Based on the flurry of academic titles about it over the last decade, punk has become as common to college curriculums as it is to the Top 40. Why this took so long is baffling. END_OF_DOCUMENT_TOKEN_TO_BE_REPLACED