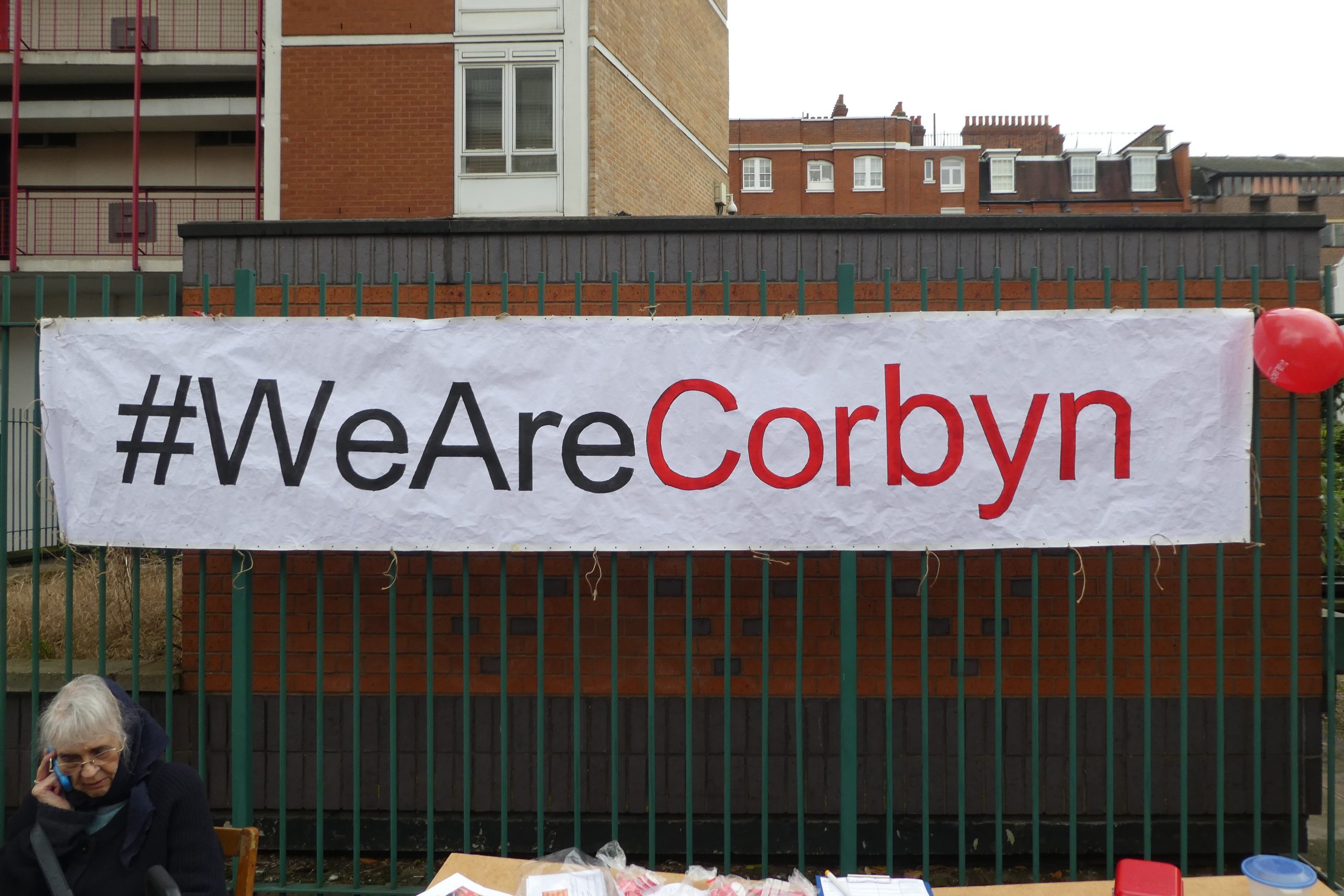 Not only has Starmer built a team of the centre and right, Labour policy has moved away from the 10 pledges he committed himself to in January to win over Corbynite members.

Instead, the Labour Party has returned to its doomed strategy of abstaining on important moral issues.

Keir Starmer has whipped votes to abstain on the ‘spy-cops’ bill and even on torture (though later voting against it). Labour has even abstained on the rule of six – that limits public gatherings to six people – despite claiming to support it.

While the Conservatives have toyed with raising corporation tax and capital gains tax, the Labour Party has insisted that it is wrong to consider tax hikes at this point.

These are all signs of retreat from radical reforms. The Starmerite strategy is to try and neutralise all threats from the right by conceding more and more ground.

This was true with Corbyn. It was true with the spy-cops and tax policy. Even on Brexit, where Keir Starmer built his support among Remainers, the Leadership Office has accepted it as reality.

It looks like Labour is not going to produce any big policies until just before the 2024 election.

It’s possible Team Starmer now believes the COVID-19 pandemic could be its key to victory. The Tory government has botched its response to the crisis – costing the country thousands of lives – and people are increasingly sick of Boris Johnson.

It’s no accident that Starmer has seen his approval ratings rise, while Labour’s have floundered. The Labour leader is good at looking competent and effective in the House of Commons, especially when Johnson is clearly exhausted.

Yet Keir Starmer’s move against Corbyn shows that the party is a shambles for many voters. The risk is worth running for Starmer because the issue of Antisemitism is contained for the time being. However, this is incredibly short-sighted.

Why Corbyn was Purged

There are many claims swirling around Corbyn’s suspension.

Some are that it was a disciplinary decision and Starmer had “no choice” but to suspend the MP because he “rejected” the report and “denied” there is Antisemitism in the party.

These claims are false.

There was no due process in this case. From what we know, the Labour Leadership Office took the decision and had General Secretary David Evans pull the trigger.

Now, since Corbyn’s statement has been completely misconstrued throughout the media, deliberately so, I will reproduce the whole statement here and highlight key points:

Antisemitism is absolutely abhorrent, wrong and responsible for some of humanity’s greatest crimes. As Leader of the Labour Party I was always determined to eliminate all forms of racism and root out the cancer of antisemitism. I have campaigned in support of Jewish people and communities my entire life and I will continue to do so.

The EHRC’s report shows that when I became Labour leader in 2015, the Party’s processes for handling complaints were not fit for purpose. Reform was then stalled by an obstructive party bureaucracy. But from 2018, Jennie Formby and a new NEC that supported my leadership made substantial improvements, making it much easier and swifter to remove antisemites. My team acted to speed up, not hinder the process.

Anyone claiming there is no antisemitism in the Labour Party is wrong. Of course there is, as there is throughout society, and sometimes it is voiced by people who think of themselves as on the left.”

Jewish members of our party and the wider community were right to expect us to deal with it, and I regret that it took longer to deliver that change than it should.

One antisemite is one too many, but the scale of the problem was also dramatically overstated for political reasons by our opponents inside and outside the party, as well as by much of the media. That combination hurt Jewish people and must never be repeated.

My sincere hope is that relations with Jewish communities can be rebuilt and those fears overcome. While I do not accept all of its findings, I trust its recommendations will be swiftly implemented to help move on from this period.

There is nothing controversial in any of the points made above. The EHRC report makes it explicit that people have the right to dissent and Corbyn did not reject its recommendations.

Furthermore, the report’s call for an independent compliance system means Labour can’t suspend people like this.

Secondly, the key part that was missing from the report was how factionalism held back the compliance process.

The NEC was controlled for most of Corbyn’s tenure by the Labour right. It’s very clear that Iain McNicol did not deal with the problem of Antisemitism from 2015 to 2018.

The figures speak for themselves: Between 2016 and 2018, the compliance unit suspended 22 people and expelled just one member for Antisemitism.

Once Jennie Formby, Corbyn’s ally, took over in 2018 the number of cases being processed skyrocketed.

Formby’s team expelled 19 members for Antisemitism and suspended 579 people over allegations of Antisemitism from 2018 to 2019. This dwarfs the numbers that Iain McNicol managed to produce.

Sadly, the report failed to address how Antisemitism became a political football in the party or why the Labour right was so eager not to address allegations during its tenure at the NEC.

The bitter truth is that ‘the facts’ don’t matter. They never did.

The narrative is that Corbyn is guilty and all Corbynites are guilty to some extent. Any attempt to respond is denialism.

There is nothing we can say in response. We look guilty when we’re trying to explain the situation and we’re guilty if we call out bad faith for what it is.

The suspension was straightforward opportunism by the Labour right.  Now we’re in a position where anyone could be purged.

Keir Starmer has consistently bowed to the right-wing establishment on attack points that could be used against him at any time.

For example, the right-wing press will go after Starmer for not prosecuting Jimmy Saville while he was still alive. He will have nowhere to turn when they move against him.

In the case of Antisemitism, the Labour leader is willing to inflict serious harm to his own party thinking he can bypass the issue.

Some members of the public might perceive Keir Starmer as ‘strong and decisive’ but they also view his party as a mess and not worth their support.

The Corbyn project was defined by its defensive position on such issues. This posture was not good for the party or the leadership. However, the new position isn’t even defensive.

While Corbyn tried to defend himself, Starmer embraces his accusers.

Keir Starmer’s fans prefer to read the approval ratings of the great man and ignore the stagnant ratings of the party. They are convinced they’ve found the man who will unlock 10 Downing Street for Labour. He is the One. He will deliver us to the Kingdom of Heaven.

The bubble will finally burst if and when the Labour leader loses the next election.

Divided parties don’t win elections and Starmer has shown he is willing to split his own base and undermine his party’s own position in the polls, for short-term gains.

Defeat in 2024 is a very real prospect. So, even on the dismal terms of electoralism, Keir Starmer falls short. His strategy is a return to the failures of Gordon Brown and Ed Miliband, not anything new or innovative.

Yet Starmer, like Neil Kinnock before him, is willing to run the risk of losing elections. He probably thinks he can still capitalise on Tory incompetence and win by default.

Kinnock lost two elections in a row before handing over the leadership, but he managed to pave the groundwork for New Labour. This may be Starmer’s fate.

The Labour right wants to reconsolidate the party around the Parliamentary Labour Party (PLP) and move it away from the membership as fast as possible. Blairites want to re-centre the party and its institutions to enable a return to illegal wars and neoliberal policies.

I used to think Keir Starmer was going to be Miliband 2.0, but now it looks more like he will become a second Kinnock.

Starmer is far more concerned with bashing the left to save face with the right. He thinks this will save him in the long-run, but it will only confirm that he has no principles or ideas.

The Need for a New Party

The Labour left is now considering its options having clung to the party for five long, hard years. Momentum is rallying to reinstate Corbyn as an MP and many left-wing figures are calling for members not to leave the party.

Once again, there is a split on the left. Some people have already left in protest, some left even before Corbyn was suspended. Others are staying in the hope that the long battle might be won.

The UK still needs an alternative to Labour.

An extra-parliamentary mass movement would be a counterweight to Starmer and could raise far more pressure on Parliament than the official opposition can. Extinction Rebellion and Black Lives Matter have proven this.

However, what the UK really needs is a new party with staying power to threaten Labour’s stranglehold on working-class life. This would help push Labour leftwards.

The problem is that the Corbyn project set back the attempt to build such a party in the UK.

Left Unity was formed in 2013 and managed to bring together a multitude of different activists and groups. It looked like a new hope, but Corbyn’s 2015 victory tipped the balance.

People from all sections of the left flooded into Labour with the hope of securing a progressive government. These people mixed in with old-time Labour supporters who had been waiting patiently for such a political opening.

Momentum could break away and take 40,000 members with it. There isn’t appetite for this precisely because past breakaways have all failed, just as attempts to set up a new socialist party have failed too.

So we have an impasse where some leftists are jumping ship and others are clinging to the mast for dear life.

It’s also possible that the left will be marginalised inside and outside the party. This is why Starmer will win, even if he loses in 2024.

Brexit will turn three on the last day of January, over six years since the 2016 referendum kickstarted Britain’s race to the bottom. END_OF_DOCUMENT_TOKEN_TO_BE_REPLACED

Be careful what you wish for. It may be a cliché, but it’s one the Greens are learning all over again. END_OF_DOCUMENT_TOKEN_TO_BE_REPLACED

Before his arrest, Andrew Tate was just another influencer with bad politics. END_OF_DOCUMENT_TOKEN_TO_BE_REPLACED