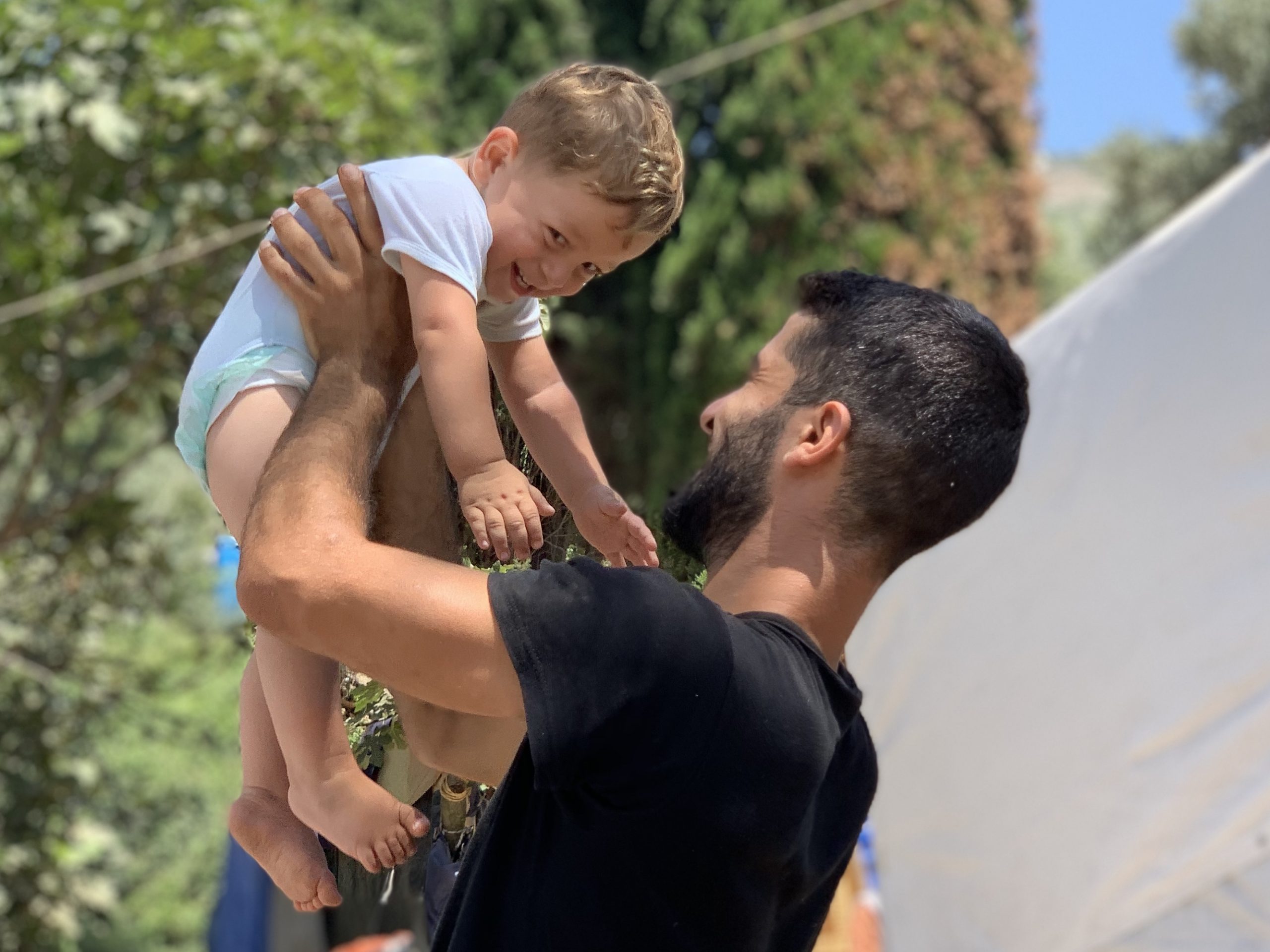 The new residents arrived from Turkey via the 1600 metre long Mycale Strait.

Bright is one of them. 25 years old, he hails from Ghana, where the migrant worked as a journalist. He made six attempts to complete the trip before finally succeeding.

On a pontoon boat with 40 others, Bright sailed from Izmir. After covering half the distance, his boat ran out of petrol. But the vessel was quickly intercepted by the Greek coast guard.

Bright’s story is similar to thousands of others.  “On the twenty-fifth of August it will be ten months,” he told me during a visit to the island last summer, as if counting down the days to get out of jail.

“See where I sleep?” He points out rats at his feet and tells me there’s no running water or electricity. On top of all this, there’s the threat of Coronavirus.

“They say there’s no COVID-19 cases in the camp. How do they know that? No one’s tested me,” Bright comments, his voice growing louder.

Last month, Bright’s neighbour Samuel died due to a lack of medical care. He complained of headaches and was hospitalised more than once, but no one kept an eye on him.

“Why would they, he was a refugee,” Bright remarks. When Samuel died, it turned out he had a brain tumour. His headaches never received the attention they could have gotten.

There is one small hospital on the island. It’s barely enough to serve the local Greeks. When required, the sick are transported to Athens.

During the peak of the first wave of Coronavirus, in March and April, the camp was completely closed under lockdown. No one was allowed to enter.

Only approved refugees were permitted to leave for the town of Samos, ten minutes’ walk from the camp. NGOs, responsible for food and medical services, had to stop.

Refugees were left completely alone for three months. The first cases of COVID-19 on the island were diagnosed in July. Some relief workers were evacuated from the island.

Movement on the Ground, a Dutch relief organisation set up after the 2015 refugee crisis, cleans the camp.

Many NGO workers assigned to Samos say that the camp has the worst housing conditions of any refugee facility in Europe.

A lack of hygiene is among the greatest threats to its residents, who have been without running water and electricity for months.

Like many Greek refugee camps, the Samos camp is a former military base. Designed to accommodate only 650 people, today it holds over 5500, down from a high of 8000 in 2019.

The reason for the camp’s overcrowding is due to the slowness with which Greece reviews applications for refugee status. Some of its residents have been waiting for years.

The Samos camp was never expanded. Instead, an improvised camp has grown outside its perimeter. Dubbed “the jungle”, it’s where most of its residents now live.

In the jungle, I meet Syrian chefs Hosein, 35, and Hamza, 22, and talk about life in the camp.

As Hosein warms up an oven and young Hamza kneads dough for bread, they tell us that for every ten loaves they will get one euro in the camp.

They bake 100 loaves. We are given two as a gift. Although most Syrians in the camp are with their families, Hosein left his behind in Aleppo and tells us how much he misses them.

Why didn’t he take his family with him? Hosein says they didn’t have the money to pay to transport everyone.

The government plans to move the Samos camp to a new location five kilometres outside Samos. The details of the operation are vague and subject to much speculation.

But most of the refugees I meet do not blame the government for the situation and believe their situation is temporary.

However, more than 60 per cent of refugees in Greece have their applications for asylum refused. It’s hard to imagine the migrants in Samos will experience anything different.

Foucault once suggested that Clausewitz’s famous observation, “war is not merely a political act but a real political instrument” carried out by other means, be reversed, with politics made an extension of war. END_OF_DOCUMENT_TOKEN_TO_BE_REPLACED

Brexit will turn three on the last day of January, over six years since the 2016 referendum kickstarted Britain’s race to the bottom. END_OF_DOCUMENT_TOKEN_TO_BE_REPLACED

Be careful what you wish for. It may be a cliché, but it’s one the Greens are learning all over again. END_OF_DOCUMENT_TOKEN_TO_BE_REPLACED