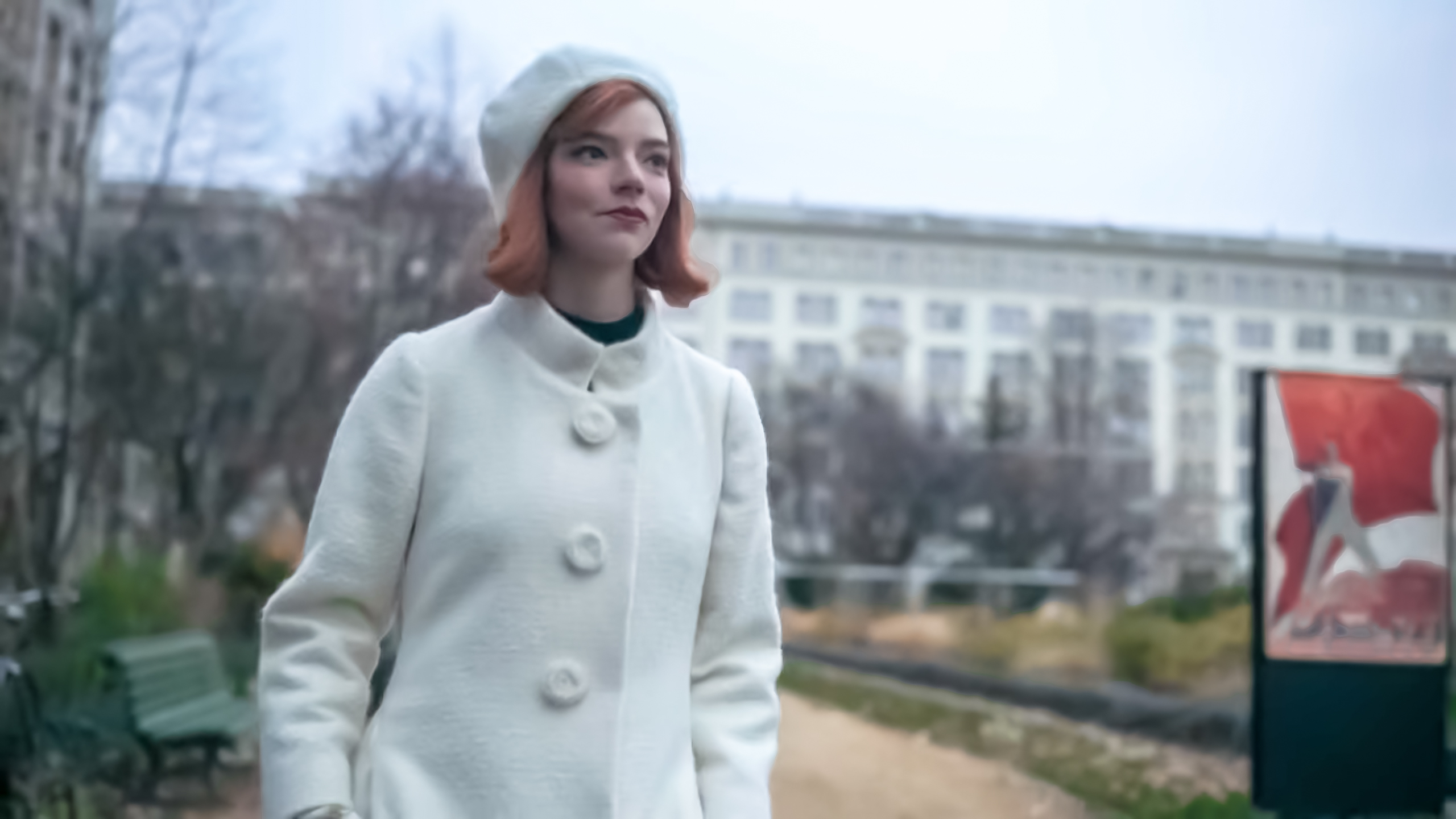 But this kid is no ordinary victim of the Nazis. He’s the future super-villain Magneto, whose Ur-trauma produces the first manifestation of his secret power, the ability to manipulate metal at a distance.

His outstretched hand, supercharged with emotion, causes a barbed-wire fence to collapse before a German rifle butt knocks him unconscious.

That the genesis of this superpower is located at that particular moment of history is no accident.

Not only was the fight against the Nazis the mythic ground on which America as a superpower was born. The comic book industry, with all its superheroes, was the product of this very era, too.

Ironically, the idea for the original Superman was conceived in 1933,  the year the Nazis came to power in Germany, in a now forgotten, Nietzsche-influenced short story about a vagrant given super mental powers by an evil scientist (“The Reign of the Superman”.)

By 1938, the year the first Superman comic appeared, the story had gone through a gamut of trial-and-error variations, including one where Clark Kent is sent back in time, only to wind up in an orphanage.

The orphan child has been a superhero trope ever since. Batman, Spider-Man, Superman: all orphans raised by surrogates. Of course the superpower, or the divine mandate, as compensation for a lost patrimony and the expression of a mystical origin, is as old as mythology itself.

What does Superman have to do with a story about a girl who plays chess? Beth Harmon, the protagonist of the wildly successful Netflix series, The Queen’s Gambit, is a woman with almost magical mental powers.

Like her super analogues in the world of comics and mythology, she is also an orphan.  And like Magneto in the X-Men franchise, her story involves a hefty dose of retroactive historical wish-fulfilment.

Another comparison might be to Django Unchained (Jamie Foxx) in Quentin Tarantino’s “historical revenge drama” about a slave who spectacularly kills all the people who oppress him. Django also possesses superpowers—the ones Western heroes are usually endowed with, involving guns.

In all three cases, the idea of social progress is artfully inverted: our own political and social subjectivity is personified and projected back in time as the victor over past villains and villainies.

Historical fiction generally strives for some kind of realism. Every generation’s docudramas and historical epics are exercises in that generation’s idea of verisimilitude, just as each generation’s special effects mesmerize by seeming ever more “real” than what was previously possible.

As entertainment, The Queen’s Gambit is a beautifully produced period piece and fun to watch. But as with most historical dramas and fictionalized recreations, everywhere you look, you can find artifice and anachronism.

What The Queen’s Gambit shows us isn’t some faithful facsimile of historical Kentucky or Cold War America, but rather a self-reflection of the people telling this story now and the audience whose taste they’re servicing.

At bottom, The Queen’s Gambit is an uplifting tale of personal triumph in accordance with the march of liberal values. And not just any liberal values: its ethos might be called woke individualism. Its 1960s setting is a mirror so that 2020 can get a good look at itself.

The series’ plot is riven by tensions between its historicising surface and its moralizing interior. After miraculously surviving her mother’s suicide by car crash, Beth winds up at the Methuen Home for Girls, a Kentucky orphanage (shot, of all places, at a villa in Berlin).

The story’s central documentary moment is when we’re shown the systematic doping of orphans with tranquillizers, a practice with some basis in fact in mid-20th-Century America. This particular detail not only motivates much of the plot development that follows but helps lend the tale its aura of authenticity, its claim to show things as they really were.

At the Methuen Home, Beth becomes fast friends with a black girl named Jolene, who will come to play a central role in her adult life later on. One critic at the Washington Post worries about the “one glaring problem” with The Queen’s Gambit’s realism:

The Queen’s Gambit is a period drama, dedicated to an era in which Jolene and Beth’s friendship would not have been widely encouraged outside of Methuen’s walls. That certainly adds a challenging dynamic to portraying their friendship. But it doesn’t explain why the series devotes such little time to such a significant person in Beth’s life, especially considering all of the other social conventions Beth shuns as a female chess prodigy in the 1960s.”

The problem with this “glaring problem,” of course, is that the Beth-Jolene friendship would never have been possible in the first place. Most if not all orphanages in Kentucky in the 1950s were racially segregated.

Only in the 1960s did black and white children in the United States find themselves in newly integrating orphanages. It’s almost impossible to imagine there having been friendships such as this one across colour (and age!) lines even then.

Throughout the Methuen Home sequences, Jolene’s character serves as a wormhole to the modern millennial mind.

Whether it’s by endearingly referring to her white friend as a “cracker”; self-consciously philosophizing about being “too old… and black” to get adopted; schooling Beth with libertine frankness in the secrets of oral sex; or educating her young friend about “withdrawal” symptoms–Jolene is anything but a pubescent black orphan in 1950s Kentucky.

Instead, in writer-director Scott Frank’s adaptation of the 1983 novel by Walter Tevis, she is the personification of a woke white millennial’s imaginary Black Best Friend.

This is only exacerbated by Jolene’s deus ex machina reappearance later on. At adult Beth’s drugs-and-alcohol nadir, Jolene comes knocking just in time to give her the intersectionality juice she needs to become a super chess hero again.

The unadoptable orphan has now become a beautiful law student with a Black Panthers referencing Afro, working to become a “radical.” (“I didn’t know ‘radical’ was a career choice,” Beth retorts.)

If diverse casting means that the white hero gets a mammy, you can keep the diversity.

When Jolene tells Beth that finding out her college had been called State Normal School for Colored Persons “made me want to study history, which pissed me off way more than I already was,” the screenplay veers into clumsy didacticism.

The subsequent scene where Jolene tells Beth she’s not there to save her, but because Beth needs her, and that’s because they’re family, could have been written by a committee of critical race studies undergrads minoring in creative writing.

The other relationships in Beth’s life are no less anachronistic, even if by today’s standards they provide moral edification. Of Beth’s three paramours, all are men who lose to her, only to swallow their masculine pride, renounce their romantic claims on Beth and selflessly join her roundtable of chess-like vanquished knights in a Medieval romance.

As if ticking off another intersectionality box, the one she loved the most turns out to be gay, and it turns out Beth is OK with that. The final third of the intersectional trinity (race/class/gender) is personified by Beth’s childhood chess mentor, the dour proletarian Mr Shaibel.

Just how liberal-to-progressive The Queen’s Gambit’s politics are can be seen in its refreshingly sympathetic portrayal of the Russians. They’re depicted not as Communist devils, but as a warm-hearted and above all chess loving people.

The Black Knight of chess himself, Vasily Borgov, turns out to be a softie in the end, applauding Beth after she beats him just like Boris Spassky applauded Bobby Fisher in 1972.

In the series’ very last scene, Beth skips her limo for a stroll on a Moscow avenue–filmed on Berlin’s Moscow-look-alike boulevard, the Karl-Marx-Allee.

Her descent into a throng of chess-adoring Russians, one of whom becomes her impromptu opponent, is a final nod to our current populist mood.

At the peak of her success, all of Beth’s chess partners are Mr Shaibel. It has been pointed out elsewhere that The Queen’s Gambit can be seen as a rejection of standard Cold War narratives about American exceptionalism and hyper-individualism.

Times are changing, and even socialists can have the heart warmed on Netflix these days.

The central anachronism of the series, however, remains Beth Harmon herself. Much has been written about the show’s many subtle historical chess references, and in particular about one woman chess player who may have provided some of the ingredients for Beth’s character.

But the simple fact is that in the 1950s and 1960s, women weren’t allowed to compete in the male-dominated sport of professional chess. Beth’s career, from grade-school prodigy to world champion, simply never could have happened.

The problem with The Queen’s Gambit´s revisionism is its selectivity. Some historical facts, such as the widespread abuse of tranquillizers by American women of Harmon’s generation, are presented with poignant fidelity. Other facts are invented or redacted for the sake of a moral arc post-millennials can relate to.

One way to look at The Queen’s Gambit is as a series poised between two kinds of Hollywood period pieces.

The first is the historical comedy involving wit, improbable heroics and usually a happy ending. Examples include biopics like Catch Me if You Can and mock biographies like the mother of all feel-good retro-pablum, Forrest Gump.

Others are socially critical historical dramas tending toward tragedy, like the Cinemax 1970s-noir series Quarry about a PTSD-marred Vietnam Vet turned contract killer or “serious” biopics like Malcolm X.

The Queen’s Gambit’s social realism is high-pitched enough that many viewers could mistake it for a story about a real woman chess champion. But its uplifting message of personal transcendence—feminist Rocky—compromises its realism and dilutes its social criticism.

Which brings us back to Magneto, superheroes and historical wish-fulfilment. You’d think that a movie about a chess player wouldn’t have any use for colourful special effects. But Beth Harmon’s super chess genius gets a bit of the blockbuster treatment nevertheless.

Harmon’s mental abilities are portrayed through the conceit of an over-sized 3-D chessboard she projects on the ceiling with her mind, just like a video game.

Some chess players do, in fact, have the ability to visualize long sequences of chess moves. But the way this is rendered in The Queen’s Gambit betrays the Hollywood pedigree of its writer-director, Scott Frank.

His earlier writing projects included the Tom Cruise sci-fi thriller Minority Report and, yes, the X-Men franchise film The Wolverine. Beth’s 3-D chess trances are straight out of the repertory of an X-Men mutant.

It turns out that the X-Men does one better than The Queen’s Gambit when it comes to verisimilitude. Unlike Beth Harmon, Magneto can’t actually bend time and change the past. A German soldier sees to it that history remains untouched by his superpower.

Post-millennial liberalism, on the other hand, won’t let history alone. Undoubtedly one reason for the enormous popularity of The Queen’s Gambit is that it is just the morality tale for our time—this moment when young people across the United States are demanding statues be torn down, old injustices acknowledged, and history’s focus shifted to its erstwhile victims.

But we should be wary of a progressivism that sanitizes history rather than seeking to understand it, or that funnels revolutionary impulses into ideals of individual overcoming. Beth Harmon and her sidekicks couldn’t actually have existed for a whole lot of reasons.

By rewriting the past to make her triumph possible, The Queen’s Gambit ends up doing what Hollywood always does. It sells us comfort when what we need is to have our eyes pried open.

The 1970s was a decade of broken dreams. The end of the postwar boom brought to a close the era of middle-class liberalism in Europe and North America. END_OF_DOCUMENT_TOKEN_TO_BE_REPLACED

Serbian director Dušan Makavejev’s 1968 film Innocence Unprotected manages both to explore the legacy of wartime trauma seriously and to make fun of itself in the process.  END_OF_DOCUMENT_TOKEN_TO_BE_REPLACED