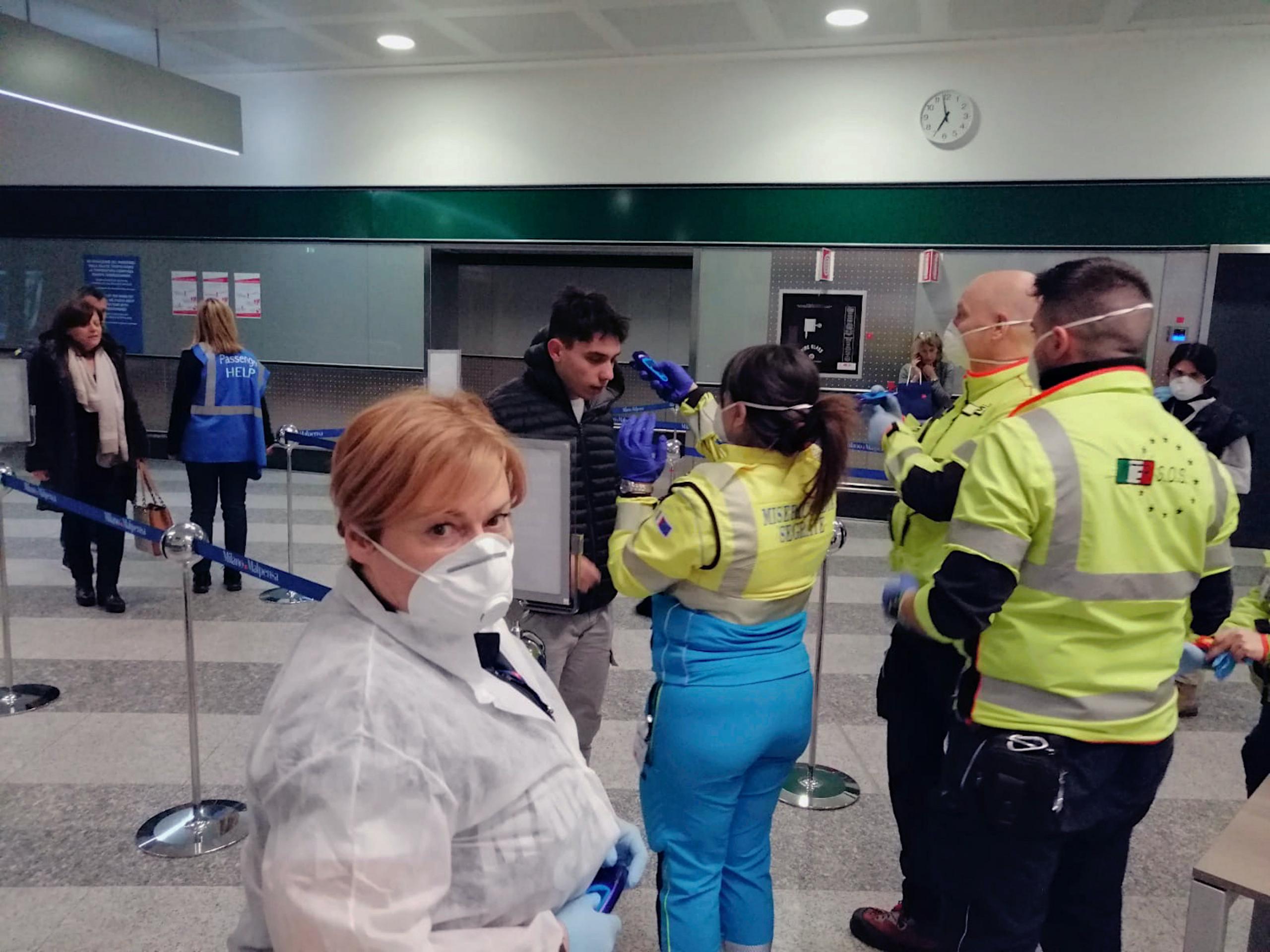 A licensed clip can make them more than they would earn from years of record sales. It sure beats touring, even before the pandemic turned live music into an endangered species.

And TikTok, though much less lucrative, has the potential to generate exposure that the money spent on traditional forms of promotion literally cannot buy.

From the relentless battering of Zacco’s drums to the half-screamed vocals of Alvise, this is music that refuses to compromise with the demands of commerce.

Like the classic bands from hardcore’s first wave in the early 1980s, Tenia wants you to meet them where they live.

Literally, that means Milan. But that misses the point.

Although Tenia’s all-Italian lyrics imply an identity resistant to the forces of globalisation, which are tangled up with the English language, they work in a musical subgenre that has managed to sustain its coherence across borders of all kinds.

While they live and work in Northern Italy in a literal sense, their music vigorously repudiates the idea that community must derive from linguistic, ethnic, or national identity. The band are, as the record’s title indicates, “elsewhere”.

Unless you are listening closely enough to catch the words, it would be entirely plausible to conclude that Tenia is an American band. Or a British, Japanese, or Brazilian one, for that matter. And it would also be plausible to mistake them for a band from the past.

The world of hardcore punk frequently confuses outsiders. For four decades now, the bands who identify with the term “hardcore” have been mining a seam so narrow that a record released in 2020 will almost certainly sound more like hardcore from 1980 or 2000 than any of its non-hardcore contemporaries.

Since at least the nineteenth century, when the gothic transformed from a distinct historical period into a timeless aesthetic, capitalism has both promoted obsolescence in the name of growth and found a way to recuperate “dated” cultural forms, turning their superficial uselessness into a perverse utility.

While it is certainly possible to perceive the persistence of hardcore in this light, the music’s resistance to commercialism complicates things. So does its implicit antipathy to periodisation.

That’s why the seam that hardcore bands work is also so deep that it appears inexhaustible.

Assuming human existence is still possible forty years from now, there will surely be hardcore bands that sound like Minor Threat working their asses off to achieve the sort of anti-success regarded as a badge of honour within the subgenre’s globally distributed, multi-generational fandom, and surviving scene zines, like the new-to-digital MaximumRocknRoll.

This is not to imply that Tenia’s devotion to the subgenre makes them generic. True hardcore aficionados would be able to specify – and likely with considerable precision – the band’s place within the cluster of aesthetic possibilities that hardcore connotes.

Even an outsider well-versed in musical history would discern distinctive traits: how the rhythmic interplay of Cosimo’s bass and Niccoló’s guitar restrains the headlong rush of Zacco’s drums; Niccoló’s facility for slipping a stealth solo into the middle of a song, but so compressed that it feels like a solid object; the way Alvise’s words keep turning abstractions into flesh and bone.

Because Altrove was released at the end a year that will forever be defined by the pandemic, which was taking a brutal toll on Milan long before the rest of Europe and the United States were feeling much pain, it is natural to listen for references to the unique set of circumstances under which the record was put together.

For the most part, Tenia seems more interested in statements that deliberately evade locality. Only the penultimate song, “Quella notte”, with its reference to a cough and cemetery, has an obvious connection to the band’s experience of 2020:

It’s impossible to notice the line about “no future” without thinking of the Sex Pistols’ “God Save the Queen”. Perhaps that’s why Altrove’s final song is called “Impossibile”.

For a second or two, it even sounds like the thorniest passages in that iconic song, before the drums and vocals pull us back into the hardcore aesthetic. Interestingly, although Alvise sounds angrier than Johnny Rotten at his most snarling, the track ends with the repetition of a hopeful message:

By itself, “what is, is” feels like a statement of resignation, a variation on the odious formulation “It is what it is”. But the line that follows turns the tables. What isn’t, is still possible.

As we look ahead to the gruesome challenges facing us in 2021 and beyond, in which just getting back to the brutally unsatisfying “normal” of 2019 will require a political will of steel, it will be tempting to settle for the routines and rituals we mourn.

Tenia is here to remind us that we can and must do better.

As I made my way up the trail, the late-afternoon sun temporarily muted by clouds, I suddenly realised how strange my situation was. END_OF_DOCUMENT_TOKEN_TO_BE_REPLACED

One of the great ironies of today’s politics is that when it comes to fascism, it’s often difficult to know what one is talking about. END_OF_DOCUMENT_TOKEN_TO_BE_REPLACED

This year marks the 30th anniversary of the death of Francis Bacon, the English artist whose life and radical painting during the second half of the 20th century continues to throw up new revelations and blockbuster exhibitions. END_OF_DOCUMENT_TOKEN_TO_BE_REPLACED