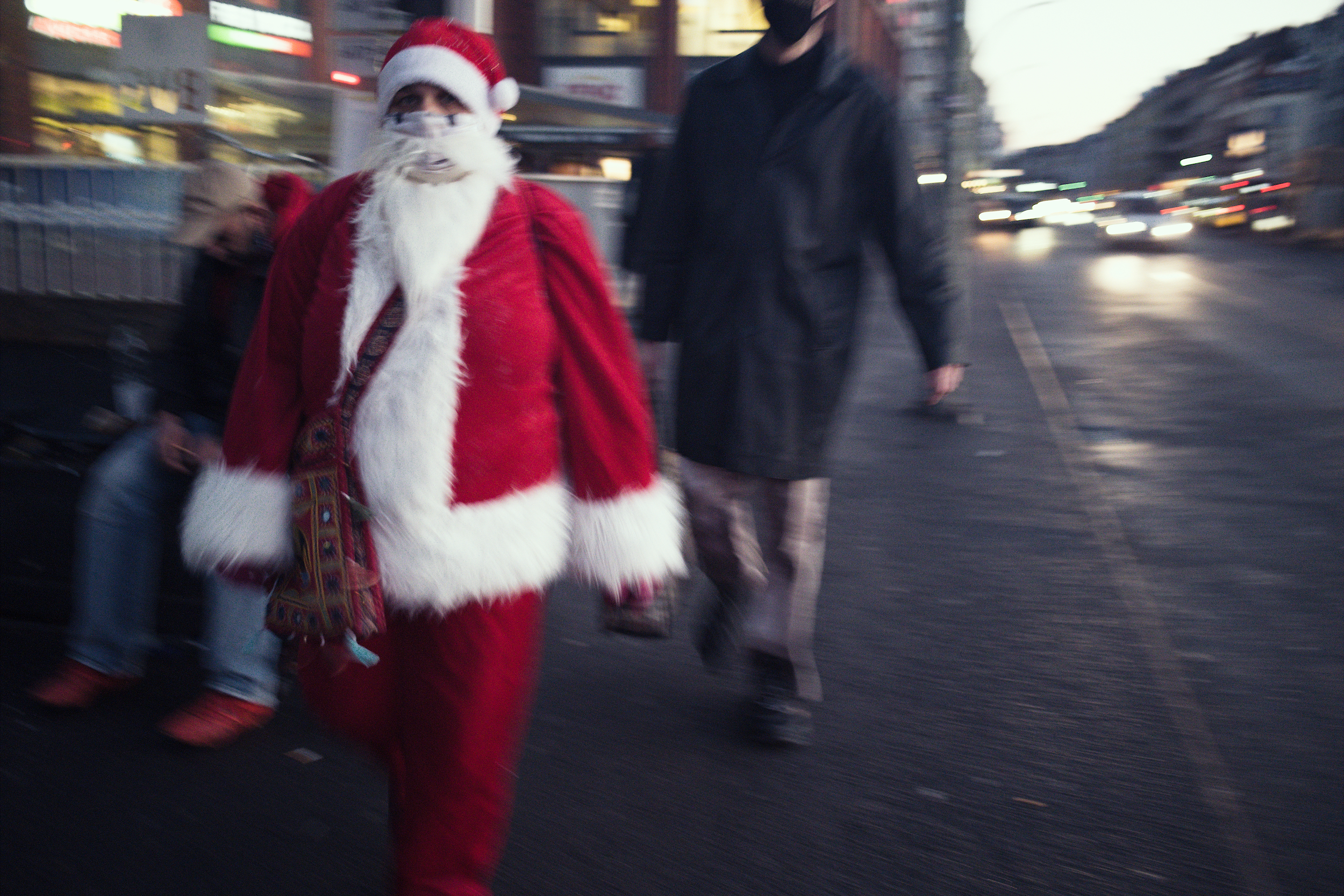 Accordingly, from 16 December until January 10, 2021, private gatherings were limited to a maximum of five individuals from two different households.

In practice, this meant that between 24 and 26 December,  the maximum limit was raised to ten individuals and the restriction regarding the number of households was removed.

Those special rules were implemented in most federal states. In regions where there were particularly high numbers of new infections, like in Berlin, other, and rather tighter measures were taken.

On 13 December, the state Senate agreed that between the 24th and 26th, private gatherings would remain limited to a maximum of five individuals (instead of ten).

However, while before and after the Christmas holidays, private gatherings were limited to a maximum of two households, during the holidays, just like in the rest of Germany, the restriction regarding the number of households was removed.

This meant that in Berlin, during Christmas, five individuals from five different households were allowed to gather in private. Klaus Lederer (Die Linke), Berlin’s Senator for Culture and Europe, explained that these regulations are “more in line with the conditions in Berlin”.

And “in order to tackle loneliness and isolation in these days”, re-framing the ‘special rules for the Christmas holidays’ regulations “was not only important to all of us but it was also necessary”.

In essence, the loosening of the number-of-households’ restriction in Berlin was a direct outcome of taking into consideration non-heteronormative and queer needs for policymaking.

Berlin as a Christian city

Given that the Jewish holiday of Hanukkah was celebrated for eight days between 10 and 18 December – two days into the second lockdown (which started on the 16th) – given that no ‘special rules’ were announced in this case, and that in Berlin ‘special rules’ were announced for the Christmas holidays, and only for the holidays, one can deduce from that that the Senate of Berlin prioritises Christianity over other religions.

Nevertheless, the decision did not come out of nowhere. The German constitution (Grundgesetz) ensures that Sundays and public holidays remain protected as days of rest from work and of spiritual elevation.

The fact that according to Islamic and Jewish traditions, the seventh day of the week is actually Saturday, and that neither Islamic nor Jewish holidays are considered ‘public holidays’, highlights the extent to which Germany systematically and institutionally prioritises Christianity over other religions.

Which days are considered public holidays is a matter determined by each federal state individually. Against this background, in comparison with other federal states, Berlin appears as the least Christian federal state in Germany.

The fact that more than half of the public holidays in Berlin are Christian indicates that Christianity still plays a central role in shaping the federal state’s calendar.

Thus, despite its efforts to tackle isolation during the lockdown, the Senate failed to take the holidays of other religions into consideration.

In recent years, Christianity has advanced in German politics to be much more than a religion, but a culture.

This shift took shape in light of public discourse about the compatibility of Islam with European values, as a consequence of immigration from Turkey and the Balkans during the 1980s and 1990s, and more recently, the 2015 refugee crisis.

For example, in 2017, joining the recurrent public debate about a German Leitkultur (‘leading culture’), Thomas de Maizière, the then-federal Minister of the Interior, Building and Community, claimed that what distinguishes Germany from other countries is that “church-related holidays shape the rhythm of our years”.

“Church steeples shape our landscape,” he stated. “Our country has been shaped by Christianity.”

For conservatives like De Maizière, Christianity has become the most persistent and effective term to define what is ‘typically German’ – distinguishing ‘Germanness’  from what it is not.

By utilising Christianity to define those differences, – between Germans and non-German others – German religion and culture remains first and foremost a tradition of exclusion. Specifically, of all those who cannot claim a Christian heritage.

The decision to navigate Corona policies in accordance with Christianity is an example of how Muslims, Jews and other religious minorities are not considered a part of German culture.

And it is yet another example of the sophisticated strategies through which this regime of exclusion maintains itself in public discourse, as though it were reasonable, neutral and secular, and a perceived necessity.

The fact that Berlin did not announce ‘special rules’ for Hanukkah is an indication that when non-heteronormative and queer realities are at stake, not just any realities are taken into consideration, but Christian ones.

This is remarkable because it is an expression of Christianity both as a general problem and a solution to queer political problems. Christian queers might experience loneliness and isolation during the Christmas holidays. But this is why the Senate announced ‘special rules’ over Christmas and only over Christmas.

Identifying needs – or better yet the needs – of queers within the framework of Christianity thus emerges as paradoxical to notions such as equality, inclusion, and diversity. Notions that are arguably at the heart of queer politics.

Second, this makes Christianity characteristic of queer politics while it pushes non-Christian queerness to the political margins if not erases it completely.

“Culture makes many things easier,” writes Klaus Lederer. “Culture unites and does not divide.” However, as we see, in the intersection of queer politics with Christianity, religion and culture can also promote hierarchy and exclusion.

Brexit will turn three on the last day of January, over six years since the 2016 referendum kickstarted Britain’s race to the bottom. END_OF_DOCUMENT_TOKEN_TO_BE_REPLACED

Be careful what you wish for. It may be a cliché, but it’s one the Greens are learning all over again. END_OF_DOCUMENT_TOKEN_TO_BE_REPLACED

Before his arrest, Andrew Tate was just another influencer with bad politics. END_OF_DOCUMENT_TOKEN_TO_BE_REPLACED