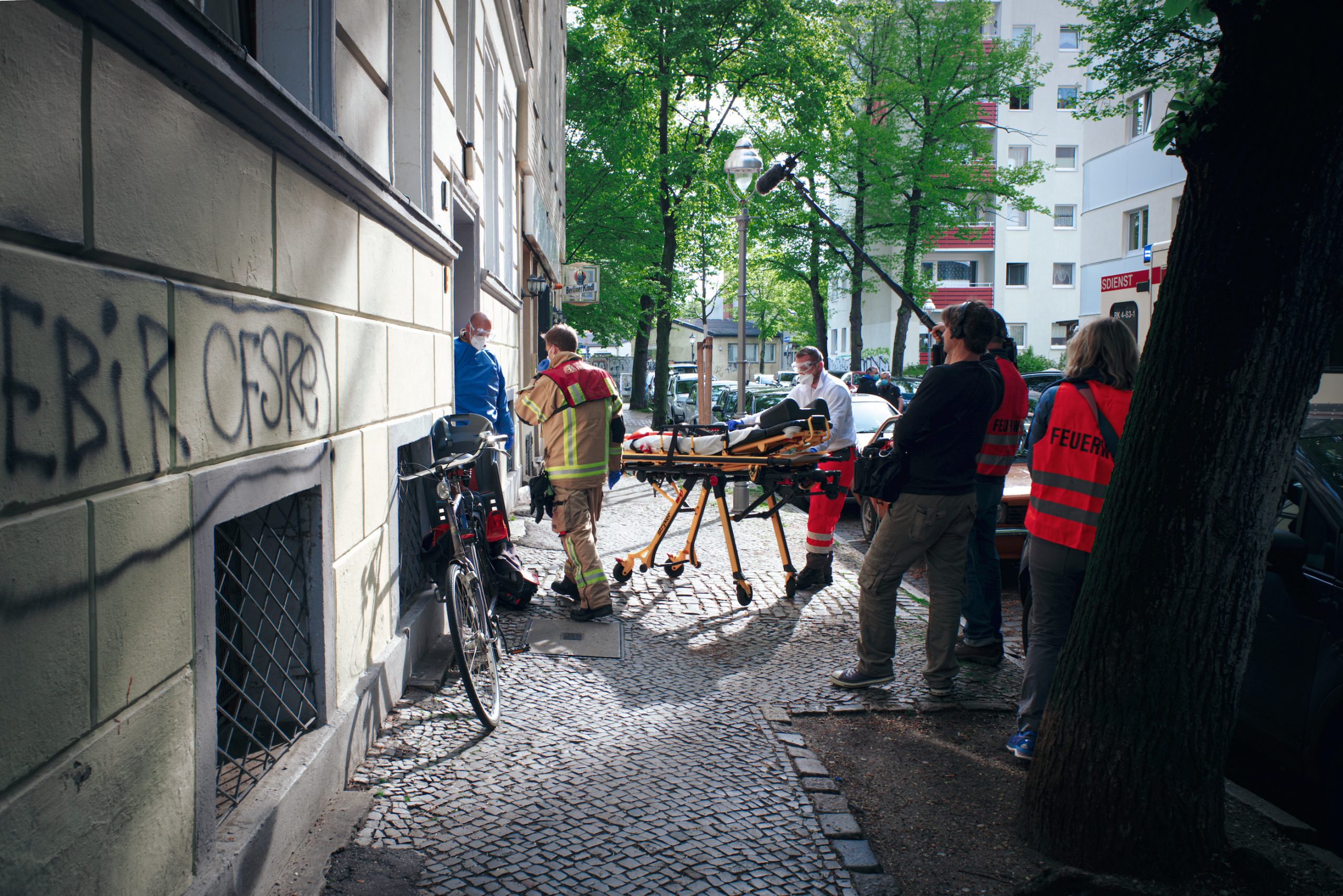 The problem was knowing what started it.

Whether the dead were being retrieved from the sidewalk or brought out of a building, it was impossible to know what had killed them.

COVID-19 was the most likely culprit, one would have assumed.

But, given all the junkies that had flocked to our street following the end of the first lockdown, the situation was clearly more complicated.

As soon as Berliners were allowed to circulate freely again, dealers had set up shop in the playground at the end of the block.

Every morning, between nine and ten, up to a dozen zombie-like people, would assemble on our block, waiting to get their fix.

Many of them limping or using crutches, their broken bodies and filthy clothing told half the story.

In the middle of the worst health crisis to afflict Europe in over a century, their appearance radiated the moment.

Drugs or not, this is how bad things are. That’s what we were seeing for the first time, in the most painful of detail.

For a country often stereotyped for its hygiene and orderliness, Berlin has always been a city that bucked the German norm. Munich, it is not.

But there was something particularly horrifying about this catwalk of misery, which departed from the usual caricatures of Berlin’s poor-but-sexy chic.

This was the despair the pandemic had reduced people to. Why not shoot up? In a country full of COVID denialists, it’s a cry for help.

This wasn’t the first time junkies had descended on our street. But their presence was heavier than usual. The Coronavirus had simply amplified their plight.

Their vulnerability was a reminder of how at risk we all are to the pandemic.

If only there were a vaccine against addiction. At least COVID-19 victims had one coming. Without a pill or herd immunity, heroin addicts will always be worse off.

Not just from those afflicted by Coronavirus, but any other influenza or disease for which there is a cure.

Witnessing this suffering was humbling. It felt like a sledgehammer, which made the experience of walking the dog every morning tantamount to a descent into hell.

In between the ambulances coming and going, and our neighbours slowly thinning out, these ghostlike, half-dead people made your life feel shortened.

I’m no stranger to drug abuse. My older brother was a longtime heroin user and my mother was addicted to prescription medications, such as barbiturates.

Both died as a consequence of their drug abuse, at roughly the same age, which I am, now. It was hard not to see them in the faces of the junkies that marched in front of our home.

Granted, these were Germans, along with a fair amount of Russian and Polish speakers. Harriet and Michael would never have been caught dead speaking such languages.

Wondering if anyone would remember ever them, I made a point of carrying a camera with me every time I took our dog out for her morning walk.

Despite how heartbreaking the junkies were to look at, their presence had to be recorded, if only to testify how hard it is to survive in a world like this, today.

Just because they had a drug addiction didn’t mean they shouldn’t be taken into account. What they die from shouldn’t matter.

You can’t exactly care for strangers. But you can mourn their plight. Everyone deserves the right to live out their lives, to their fullest possible extent.

Framing their misfortune this way is a reminder that nothing could be worse than the present, and that we’re obliged to prevent it from happening again.

Hence the war analogy. This is what the apocalypse must feel like.

It was an act of contrition. In June, the King of Belgium returned a tooth to the Congo. END_OF_DOCUMENT_TOKEN_TO_BE_REPLACED

Few Italian elections since the turn of the millennium have felt more like the twentieth century than this one. END_OF_DOCUMENT_TOKEN_TO_BE_REPLACED

Not long after it opened in 2017, I paid my first visit to the House of European History.  END_OF_DOCUMENT_TOKEN_TO_BE_REPLACED