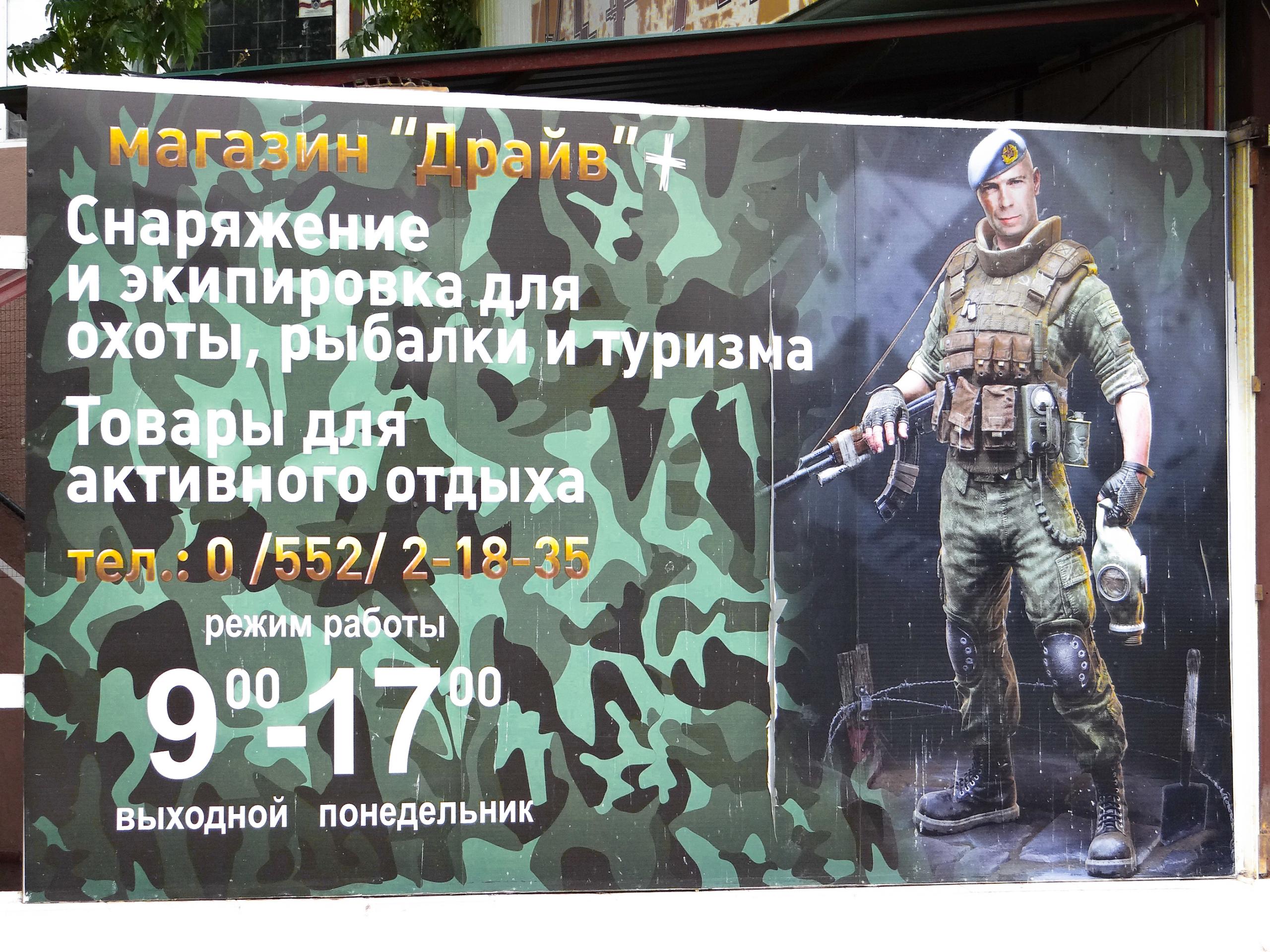 The charges against Mikhail Yermuraki were brought in February 2020 after he had a disagreement with the director of a secondary school in Tiraspol, the capital of Transnistria, about the rationale for installing a memorial plaque in the school’s premises to honour a Russian soldier killed in Syria.

Yermuraki was also charged with “inciting interethnic hatred”, though this charge was later retracted. His is the first case in the unrecognised republic to be prosecuted under a 2016 law that forbids citizens of Transnistria from publicly criticising the Russian peacekeeping mission. The defendant is currently under a travel ban.

The case was first brought to public attention in December 2020 by Nikolay Kuzmin, a Russian-speaking blogger living in Transnistria, who wrote a note about it on his Telegram channel.

Earlier this month, Zona de Securitate, a Romanian-language Moldovan website monitoring human rights violations in Transnistria, published an interview with Yermuraki, in which he detailed what happened.

He says the criminal case was launched against him at the end of 2019 after he had a debate with Tamara Gaydarly, the principal of a local secondary school, about the memorial plaque commemorating the death of a Russian soldier who was an alumnus of the school.

During the private discussion, Yermuraki says, the principal asked him provocative questions such as, “What existed earlier — Moldova or Romania?” and “Which language do you speak — Moldovan or Romanian?”

In response, Yermuraki, who was already known in the community for his critical views of Transnistrian authorities, offered the principal to peruse a text he previously wrote which outlined his stance.

The school principal secretly recorded the debate and passed the recording on to the Ministry of State Security of Transnistria. Soon after, the criminal case was opened against Yermuraki.

In the interview, the defendant said that it was his critical views on the status of Transnistria and the role of Russian peacekeeping forces that led to his prosecution:

I stand accused of three crimes: offending the president of PMR (Pridnestrovian Moldavian Republic, Transnistria’s official name), which is expressly forbidden on Russia-occupied territory; second, offending Russian peacekeepers, who I call occupants; and third, and the most absurd, is inciting inter-ethnic racial and religious hatred on the territory of PMR.

On 5 February, legal information centre Apriori, one of the few remaining rights groups in Transnistria, published a detailed analysis of the criminal indictment in Mikhail Yermuraki’s case.

According to the prosecution, Yermuraki wrote an article in 2006 titled “Thoughts about the obvious in ‘PMR’” in which he lays out critical views of the self-proclaimed Pridnestrovian government and Russia’s involvement in the peacekeeping process.

The criminal indictment also alleges that the official representative of the president of Transnistria in the state administration, T. Kharakhalup, “showed that the president reviewed the public statements made by Yermuraki and found them to be offensive, both as a private citizen and as a representative of the authorities, undermining his authority in the eyes of the public, and as such found these actions to be criminal”.

During his questioning in February 2020, the document says, Yermuraki did not plead guilty and “explained that the charges against him were brought by an illegal authority [and that they are] false”.

The subscribers of Kuzmin’s Telegram blog were quick to react to the news. Alex, one of the subscribers, aimed their criticism directly at Russian President Vladimir Putin and rebuked him for tacitly supporting the efforts of Transnistrian authorities who launch “such cases without any apparent criminal substance, which are aimed at clearing the information space” (original spelling and punctuation preserved):

One has to be an idiot to climb on the shaky stool of the illegitimate presidency of the PMR and to wave your pen around signing such draconian laws. This is just current affairs essay-writing. Silly thoughts in current affairs essays should be ostracized by readers and the union of journalists, not sanctioned by the court with up to five years behind bars. Sometimes an author might strive to communicate the degree of their views on something through sharp or radical statements, fully mindful of the fact that no one will ever follow their call.

The court proceedings in Yermuraki’s case are ongoing. The defendant faces a sentence of up to five years in prison. Stepan Popovskiy, a lawyer with Apriori, says that the case may go as far as the European Court of Human Rights:

I have no doubt that, should a guilty verdict be pronounced, the case will reach the European Court of Human Rights with an appeal based on the violation of a number of articles of the European Convention for the Protection of Human Rights and Fundamental Freedoms, including Article 10 of the Convention. [Article 10 of the Convention provides for freedom of expression as “necessary in a democratic society”. — ed.]

This article originally appeared in GlobalVoices and is reprinted with permission. Photograph courtesy of Adam Jones. Published under a Creative Commons license.

Foucault once suggested that Clausewitz’s famous observation, “war is not merely a political act but a real political instrument” carried out by other means, be reversed, with politics made an extension of war. END_OF_DOCUMENT_TOKEN_TO_BE_REPLACED

Brexit will turn three on the last day of January, over six years since the 2016 referendum kickstarted Britain’s race to the bottom. END_OF_DOCUMENT_TOKEN_TO_BE_REPLACED

Be careful what you wish for. It may be a cliché, but it’s one the Greens are learning all over again. END_OF_DOCUMENT_TOKEN_TO_BE_REPLACED