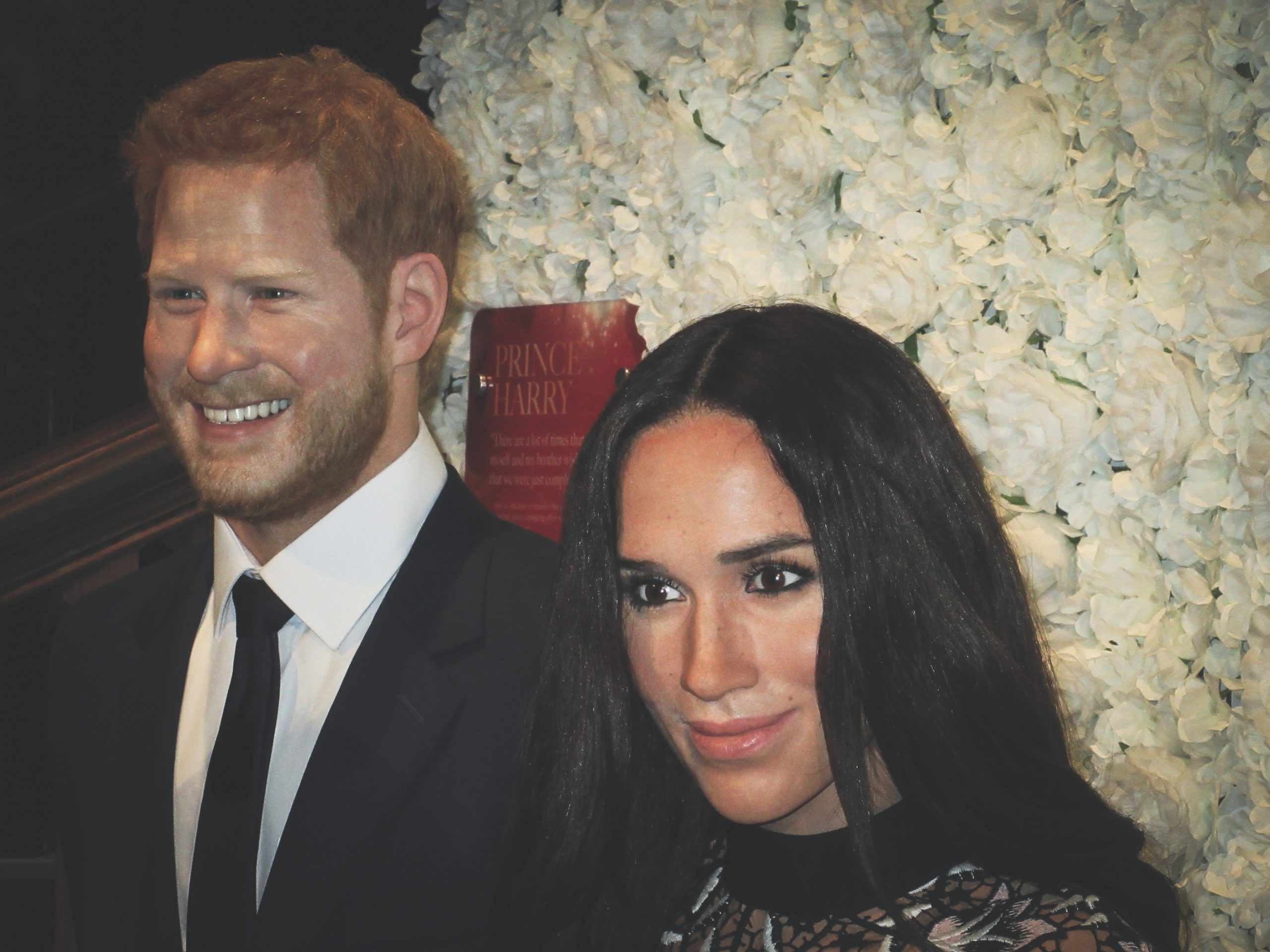 It’s something that the former Mirror editor instigated himself. He is so much smaller than the issues at stake.

Storming out in the middle of a broadcast, Morgan has positioned himself as yet another self-styled free speech martyr.

He may hit the eject button himself, but Piers Morgan insists he did it for free speech – because the “woke crowd” need to be taken on.

“I said I didn’t believe Meghan Markle in her Oprah interview,” Morgan told the press.

“I’ve had time to reflect on this opinion, and I still don’t. If you did, okay. Freedom of speech is a hill I’m happy to die on.”

He even quoted Winston Churchill: “Some people’s idea of free speech is that they are free to say what they like, but if anyone says anything back, that is an outrage.”

Many people are expecting Morgan to land safely, just not in a soft, grassy field but rather the GB News studio.

The producers can set up a trampoline for him to bounce off of. It’s no secret that they’ve courted Piers Morgan and offered him fat cash to join their operation.

“I think it’s fair to say, although the woke crowd will think that they’ve cancelled me, I think they will be rather disappointed when I re-emerge,” said Morgan.

It’s clear he has a sense of direction. Much like in the US, the British media landscape features clusters of well-paid people claiming they’ve been ‘silenced’ by an invisible, nameless ‘woke’ mob.

As much as cancel culture isn’t a fantasy, it’s somewhat suspect that characters like Piers Morgan and Laurence Fox can be heard claiming – constantly – they are under attack.

Morgan will not disappear from the media. He’ll land another six-figure salary and continue to make a spectacle of himself.

The real story is how the right-wing UK media has imported American culture wars to Britain, and particularly over race and gender.

The Search for Sensation

It’s so transparent why black actress Meghan Markle got the reception she did in the British media.

Still, the wedding of Harry and Meghan could have been a great PR coup for the House of Windsor.

The couple seemed to represent a new modern, diverse turn for the royals. Yet they opened up a new source of controversy and scandal.

The tabloids went after Markle and had a great time poking and prodding through her past, particularly her relationship with her father.

Inevitably, the press got the controversy it wanted.

The two have since swanned off to join the more diverse and progressive wing of the US elite. This is a point made very well by Ash Sarkar in a Novara Media op-ed:

“Both Great Britain and the United States are aristocracies masquerading as democracies. The UK is ruled by a public school network, from Buckingham Palace to Downing Street. It owns our land and our printing presses. The US is governed by money,” wrote Sarkar.

“Our aristocracy is formal, feudal and horsey. Theirs – informal, but no less remote – is the upper crust of Washington, Wall Street and LA,” she added.

Nevertheless, the royal spat has cut a dividing line across British society. People are taking sides, either with Prince Harry and Meghan or with Queen Elizabeth II and Prince Philip.

The right-wing press wants its readers to back the Queen against claims of racism. By contrast, the broadsheets and broadcast media are much more sympathetic to Prince Harry and Meghan Markle.

Meanwhile, the Labour Party was quick to position itself on the side of Markle as well.

We’re once again split, just like over Brexit. It’s not clear what Keir Starmer’s plan for dealing with racism is exactly. It may just be moralistic posturing.

But this is still fundamentally about a tension in British society.

And that’s what this is: A cultural divide.

On the one side, people believe that multiculturalism, political correctness and immigration have gone too far, while, on the other, people believe systemic racism is a real problem to be confronted. Either way, we thrive on sensation.

Just like with Brexit, there is a young versus old dynamic. People age 18-24 are most favourable to Harry and Meghan, while the over 65s are the most unfavourable and the most supportive of the rest of the British royal family.

Piers Morgan may have a personal interest in exploiting this divide to make a living, but the media has a similar economic stake in culture wars, too.

What better than a racism row to keep them both in business? Controversy sells.

What he meant was that the struggles over culture are really what defines politics.

Breitbart set out to establish a hard-right counterweight to the mainstream. He believed the US media was dominated by the left despite the fact that the contrary is so clear.

The Democrats may have support at MSNBC and CNN, but they share much more with the Republicans than Fox News pundits would have you believe.

In a testament to modesty, Andrew Breitbart launched a right-wing news aggregator and named it after himself.

Breitbart later died prematurely of a heart attack at age 43.

Many right-wingers speculated that Breitbart had been killed. But, more than likely, he had died of a massive heart attack after years of cocaine abuse.

Yet the site he founded, Breitbart News, took on a life of its own.

Today, the website that carries Breitbart’s name is notorious for promoting far-right content. though the basic dynamics have remained the same.

This American-style of conservative mass media has found a new home in Britain because the conditions are ripening for it.

Running short on legitimacy, the British right has to justify itself against semi-fictional or entirely fictional enemies.

Since many Tory voters have economic views way to the left of the Conservative establishment, the culture wars provide an easy way to mobilise them against an enemy – and, by extension, against the kind of economy they want.

The woke mob isn’t entirely fictional, but its size and strength are exaggerated to the point of absurdity.

Yet this is a new take on an old idea going back decades.

In the 1970s and 1980s, the British media talked up the ‘loony left’ that believed in anti-racist mathematics and gay liberation. This spectre was useful for hardening opinion within the right’s social base.

Tabloids demonised gay men at the height of the AIDS epidemic. The same newspapers worked hard to circulate strange nonsensical stories about how ‘Bah Bah Blacksheep’ was now a racist taboo story, soon to be banned by the ‘loony left’.

The fact that the left has no power in Britain and no influence is a bit inconvenient.

In the meantime, the Johnson government has effectively banned protest in the UK.

The Tories secured this first through the Coronavirus Act and followed it up with further restrictions imposed by statutory instruments.

The next step is a new policing bill designed to bestow the cops with new powers to curtail the right to assembly.

This is only just dawning on the many people who don’t follow the stories that aren’t run in the mainstream media.

Over the weekend, crowds of women gathered in parks across the country in a vigil for Sarah Everard, a woman allegedly killed by a London Met police officer.

However, the vigil was not allowed under the new regime the Tories have imposed.

The police moved in, trampling flowers and candles lit laid for a murder victim. They wrestled women to the ground, pinned them to the floor and arrested them.

In other cases, the police were seen dragging women away in handcuffs.

This is the other side to the culture wars that usually go unseen.

The right may claim it cares deeply about freedom of speech and expression. But it is completely silent in the face of police rounding up women for holding a vigil against gendered violence.

This is the reality of Boris Johnson’s Britain.

The culture wars have mobilised forces of reaction on race and gender. Now we will all pay the price for it with our own freedoms.

So, while we’re told the woke mob is the real force of social control, we’re facing a new era of heightened oppression in the UK.

It will take many years to reclaim the freedoms that have been eroded in just one year.

The only hope is that a reckoning is coming. The ongoing protests, against the murder of Sarah Everard, are just a foretaste.

That it would be the killing of a woman by a male police officer, makes all too much sense.

This is the logic of Americanised British politics and its disregard for any form of equality.

For those of us who believed that gender oppression and racism are separate phenomena, they couldn’t have gotten a bigger wake-up call.

Especially those whites who think that colour is a privilege. As the Everard killing instructs, whiteness is the privilege of white men. Not, as it were, white women.

Just ask Piers Morgan. Chances are, he’ll disagree with it. But, as he said, free speech is the hill to die on. It has nothing to do with telling the truth.

Foucault once suggested that Clausewitz’s famous observation, “war is not merely a political act but a real political instrument” carried out by other means, be reversed, with politics made an extension of war. END_OF_DOCUMENT_TOKEN_TO_BE_REPLACED

Brexit will turn three on the last day of January, over six years since the 2016 referendum kickstarted Britain’s race to the bottom. END_OF_DOCUMENT_TOKEN_TO_BE_REPLACED

Be careful what you wish for. It may be a cliché, but it’s one the Greens are learning all over again. END_OF_DOCUMENT_TOKEN_TO_BE_REPLACED