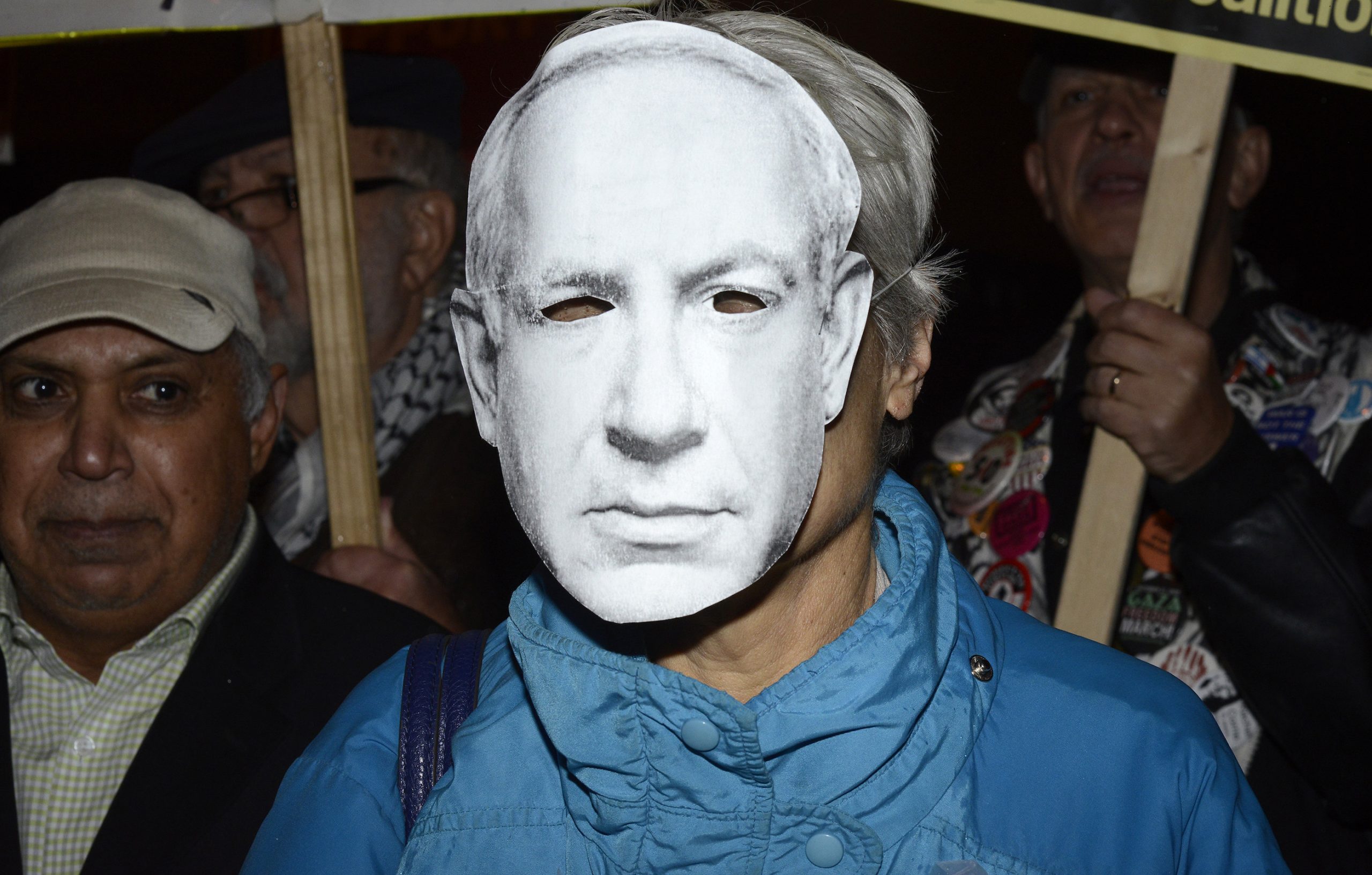 Okay, not exactly their headquarters. But their longstanding local offices in one of the world’s hottest sites for newsgathering, the Gaza Strip.

Few would argue that global opinion about Israel is unaffected by the situation in the Palestinian territory. Whether missiles are flying across the border or not, it’s just a matter of degrees.

While the Netanyahu government has more or less lived with foreign reporting on Gaza over the last twelve years, it’s never liked it. Particularly as the humanitarian crisis inside has worsened.

Everything about Gaza’s horrific infrastructure issues and declining quality of life (in 2012, a UN report concluded the Strip would be unlivable by 2020) speaks ill of the Israeli government and its now fourteen-year blockade.

Devastated by Israeli military campaigns in the territory since 2006’s Summer Rains, for human rights advocates, Gaza has become one of the absolute worst places on earth.

From destroyed homes to contaminated drinking water, and a barely functioning power grid, the two million Palestinian refugees who call the 365 square kilometre area home are barely able to survive.

In the eyes of right-wing Israeli Premier Benjamin Netanyahu, and the legions of bots who follow his lead on social media, this is all the fault of Palestinian terrorism and Islam.

If it weren’t for biased foreign media like Qatari broadcaster Al Jazeera and US news agency Associated Press (AP)  the world would know better than to blame Israel for this.

Never mind that AP has its share of progressive detractors, who complain its reportage is too biased towards Israel. For Bibi, most US news media aren’t biased enough.

Benjamin Netanyahu’s mistrust of American coverage of Israel reflects his deeply Republican biases, having been raised in the United States, in a far-right Revisionist Zionist family.

If only news media were just like Fox, is the perennial refrain of Netanyahu and the Anglo-Israeli communications strategists who surround him. That would make life so much easier.

If that were the case, papers like the New York Times would never consider running op-eds by the likes of Palestinian Israeli Hadash chief Aymon Odeh, let alone ‘liberal’ Zionist Thomas Friedman.

Even though The Times’ Mideast content is often less challenging than that run in other English-language newspapers, under Trump, it conceded enough times to Israel’s critics to qualify as enemy media.

Ignore the fact that the Associated Press is not The New York Times. The newspaper carries so much AP content, for many right-wing Israeli readers, there’s no reason to distinguish between them.

The fact that Associated Press is a wire service and not a newspaper makes their assimilation that much easier. It’d be much harder justifying bombing a Reuters or AFP office.

It’s all about where they’re from. Both media hail from the same city, and allegedly reflect the same cosmopolitan, liberal values that Benjamin Netanyahu and his Israeli-American base hate.

So, taking out the Associated Press office is tantamount to taking out The Times, and all the other American media which treat Palestinians like Black Lives Matter and Syrian refugees.

American media is the problem, or so the sentiment goes, even though, if pressed pro-Netanyahu press monitors would have a hard time distinguishing between The Intercept and Time.

Upon moving back to Tel Aviv, after decades of living in the United States, my stepmother’s neighbour summed the gestalt up best: “There’s a lot less Palestine on Fox.”

Just don’t get her started on Al Jazeera. Looking at footage of the smouldering remains of the al-Jalaa media tower, which housed the Qatari broadcaster, and Associated Press, I was reminded of what she called it: Al Jihadist.

Doubtless, one can assume Benjamin Netanyahu has similar pet names for the Gulf news media, likely just as vulgar. But that’s what he thinks when he hears the words “Al Jazeera” (The Island) pronounced too.

It’s to be expected. Targetting media has been a big part of his government’s Gaza strategy. As of this article’s writing, according to a Haaretz report, 23 international and local media offices had been attacked.

Why it took so long for Israel to do something like this, particularly given the prime minister’s obsessive focus on hostile media, is the head-scratcher.

Few Israeli leaders have taken such a fierce interest in reshaping media perceptions of Israel more than Netanyahu. From Jerusalem to Berlin, he militarised Israel’s relationship with the news.

Granted, it was never great. But, surrounding himself with spin doctors over the years, some from the UK, many from the United States, in 2015, Bibi transformed the anxiety into a new government ministry.

If world opinion were more cooperative, there are several Al Jazeera-sized news outlets he’d have gladly sent the air force to destroy, like The Guardian. It’s seen better days, but its Israel coverage still has the capacity to rile the Israeli right.

Let’s not forget one of the reasons Netanyahu might lose his job is because of his attempt to control Israeli news media. As if he ever had to, having gotten Israel Hayom, set up for him by far-right American billionaire Sheldon Adelson.

But that’s Bibi. It’s not enough to have Israel’s highest-circulation daily as his mouthpiece. He has to have it all. That means abroad, too.

The attack on Al Jazeera is a consequence of this. The Gulf broadcaster has long been on the government’s shit list, often feared as though it were an opposition media for Israeli Palestinians.

Worse, Jewish journalists, who work in local news media, watch the English edition and get a far broader view of world affairs from it than they can from the national press, which can’t afford foreign bureaus.

Since its 2006 launch, Al Jazeera English has also been Jewish Israel’s window onto the Arab world.

From documentaries on Islam to talk shows co-hosted by Black Americans and British South Asians, it gives Jewish Israelis a much broader cultural perspective than their own media.

That’s the exact opposite version of the world extremists like Benjamin Netanyahu want to present to Israeli Jews. They’d much rather local news media mirror religious, Ashkenazi society, in a cultural and political vacuum.

Israel was certainly headed in this direction before his 2009 election. But government intolerance of bad press has never been more pronounced.

That’s what the destruction of media offices in Gaza is meant to signify. Limiting available footage of Palestinian suffering is almost a footnote, in comparison.

Mainstream news media will speculate whether Israel had legitimate reasons or not to target the Gaza media building long after the current hostilities are over. But that would be beside the point.

War is Bibi’s communication strategy and media are a primary target. As long as we understand what role that plays in his political calculations, we’ll be better prepared for what he does next.

No wonder foreign extremists, in Europe and the US, worship Benjamin Netanyahu so much. Trump could only dream of taking out a CNN. Bibi took his populism to the next level and actually did it.

Brexit will turn three on the last day of January, over six years since the 2016 referendum kickstarted Britain’s race to the bottom. END_OF_DOCUMENT_TOKEN_TO_BE_REPLACED

Be careful what you wish for. It may be a cliché, but it’s one the Greens are learning all over again. END_OF_DOCUMENT_TOKEN_TO_BE_REPLACED

Before his arrest, Andrew Tate was just another influencer with bad politics. END_OF_DOCUMENT_TOKEN_TO_BE_REPLACED