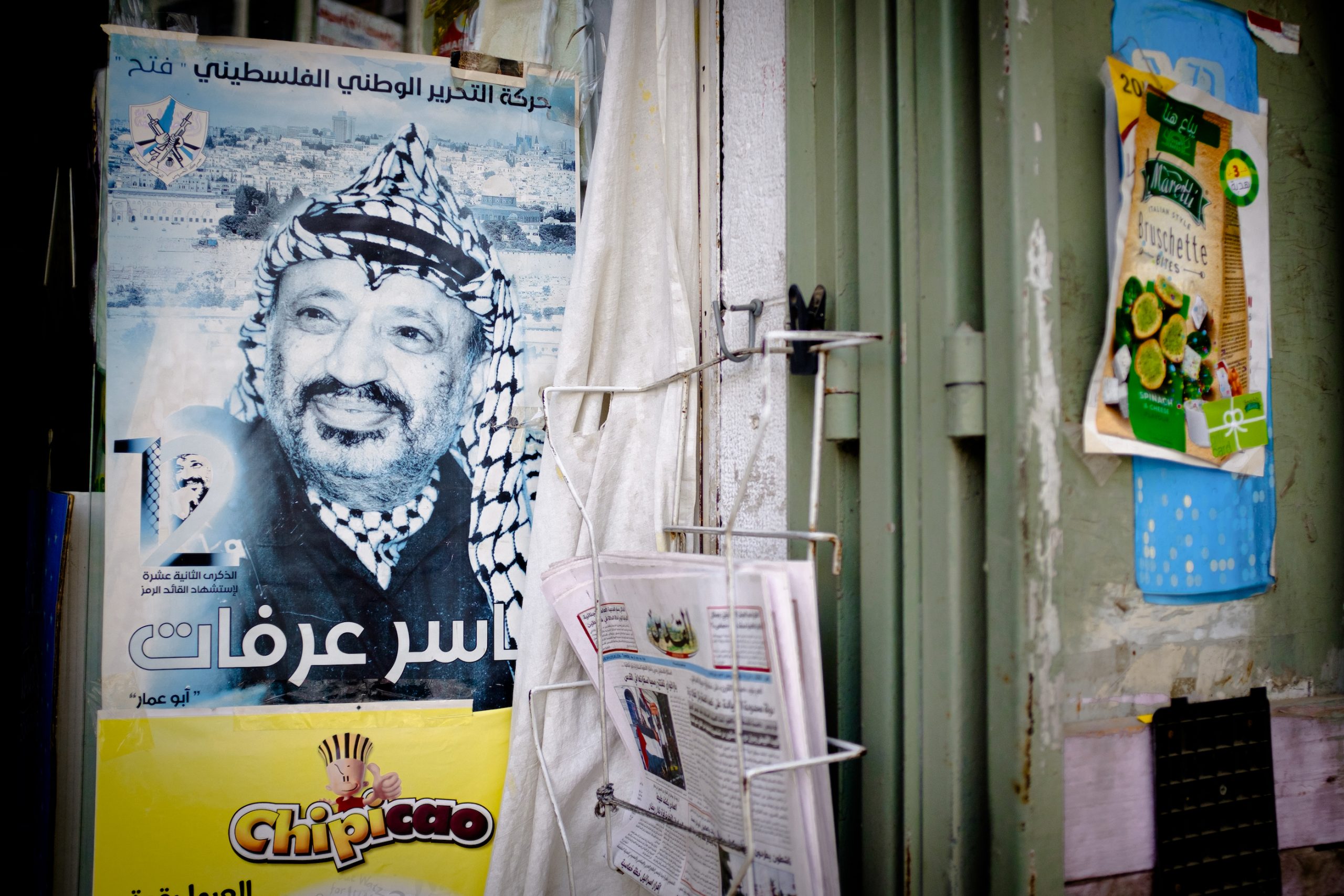 Even if we have a pretty clear sense of how the story will turn out, it’s hard to resist the appeal of following the twists and turns that made it possible for a rogue venture undertaken by a Norwegian couple to facilitate what teams of professional negotiators had failed to achieve.

The timing of the film could not be more poignant, following in the wake of another round of senseless bloodshed that did nothing to end the stalemate between Israel and Palestine.

Watching Oslo right now is a great way to sustain hope in a future different from the present. Or so it initially appears.

Unfortunately, the harder we look at the film, the less satisfying it turns out to be.

Andrew Scott is a wonderful actor. But asking him to play the sociologist Terje Rød-Larsen was a big mistake.

Although Scott gives an excellent performance, anyone who has also seen him as Moriarty, the arch-enemy of Sherlock Holmes, in the BBC‘s wildly successful contemporary updating of Arthur Conan Doyle’s stories will find it hard to imagine that his character is ever completely sincere.

While it may feel nice to pretend that prior roles have no bearing on how actors are perceived, their professional history is not so easily wished away.

That’s why Alfred Hitchcock’s decision to cast perennial white hat Jimmy Stewart as the disturbed detective in Vertigo was so effective: audiences were led astray by their memories of his previous performances.

In the case of Oslo, however, casting Andrew Scott against type makes no sense. Unless, of course, that someone – or, more likely – something felt the need to make us question the trust that Terje and his wife Mona Juul (Ruth Wilson) work so hard to cultivate.

After all, if an actor like Scott is “haunted” by his past roles, the people who negotiated in Oslo surely were as well.

Terje Rød-Larsen does his best to convince the four participants in the initial sessions at Borregaard Manor that the room where they converse lies outside the history that has prevented Israel and Palestine from making progress towards peace.

It is supposed to be what the French social theorist Michel Foucault called a “heterotopia”, a place where normal rules and rituals are suspended or perhaps even reversed.

HBO’s film clearly aspires to be the cinematic equivalent of that room, a repository for fantasies in which lifelong antagonists speak sincerely to each other because they aspire to reach a lasting agreement.

Yet as anyone who has paid even the slightest attention to the fate of Israel and Palestine since the Oslo Accords can attest, the communication that actually took place in that room was never so pure.

In a sense, both sides were playing double agents, simultaneously committed to the ideal of what the German philosopher Jürgen Habermas called “communication oriented toward understanding” and cynically seeking to exploit that commitment for strategic ends.

Oslo ultimately does the same, promoting nostalgia for a time and place when such an ideal still had the power to captivate while at the same time reminding us that this heterotopia was never fully realised.

While Scott’s casting stands out in this regard, there are other noteworthy examples.

Perhaps most egregious are the flashback scenes that show us our Norwegian not-exactly-protagonists experiencing the horrors of the British Mandate first hand.

The contrast these frenetic, cramped sequences at the beginning of the film make with the ones that follow in Borregaard Manor could not be more apparent.

Since these sequences are clearly presented from Mona Juul’s Norwegian perspective, it seems clear that we are being encouraged to think, not only about the differences between life in the Middle East and Europe, but also what those differences connote on a more abstract level.

Norway stands in for what might uncharitably be called a “Nordic” mindset; Gaza, where the flashback takes place, for its antithesis.

Even though Rogers’ play is based on a true story, HBO’s adapation transforms it into a kind of fairy tale in which the Middle East serves a rhetorical – and therefore ideological – function distressingly similar to the one that Edward Said painstakingly dissected in his landmark 1977 book Orientalism.

Ultimately, this aspect of HBO is probably more useful than its superficial glorification of “talk therapy”.

In other words, Oslo provides us with the tools to take it apart, making it possible to discern a latent meaning both more troubling and more profound than the one the story makes manifest.

Since, of course, the Palestinians were always the less privileged party in the negotiations, goes without saying. Whoever had the US behind them was going to get the better end of the deal.

That successive Israeli governments, following the murder of Yitzhak Rabin, used the Oslo Accords as cover to expand settlements in East Jerusalem and the West Bank, is entirely avoided.

During the thirteen years I spent at UC Berkeley, including two terms as the elected president of its graduate-student government, I learned the hard way that almost any meeting, no matter its purpose, could suddenly disintegrate into chaos at the mere mention of Israel and Palestine.

The problem was particularly severe in progressive political circles, where almost every meeting would eventually go down that stressful path.

It didn’t matter what the topic was, either.  American imperialism in Central America; the pernicious impact of transnational capitalism; environmental devastation.

No matter where the conversation had begun, by the end, participants felt it necessary to declare their position on the Al-Aksa Intifada, the IDF, the status of Jerusalem, and other hot-button issues.

Strangely, some of the most passionate participants in these debates had little direct experience of life in Israel or Palestine. At times, it almost seemed as if their investment in the conflict was inversely proportional to their personal interest in its impact.

The more I encountered this phenomenon, the more apparent it became that “Israel-Palestine”, as we perversely abbreviated it, served an important function in the United States that had very little to do with life in the Middle East.

Having been brought up to believe that any dispute could be resolved, provided that the relevant parties spend enough time talking to each other, Americans needed a counter-model.

For many of them, Israel-Palestine came to represent, metonymically, the type of conflict that was fundamentally intractable.

HBO’s Oslo feels like a way of repackaging this counter-model for a world in which coping with unending conflicts – climate change, imperialism and capitalism – has never felt more necessary.

If only the film could find a way out. Israeli conservatives, after all, are fond of relying on the intractability argument, in order to impose their own solution to their conflict with the Palestinians.

Oslo fails to offer anything other than the status quo. An interesting one, nonetheless, for the historically-minded, who know better, but a limited one, all the same.

That the first song on Soulside’s new LP ends with a sample from a 1952 American civil defence film Duck and Cover, about a nuclear apocalypse, says it all. END_OF_DOCUMENT_TOKEN_TO_BE_REPLACED

Based on the flurry of academic titles about it over the last decade, punk has become as common to college curriculums as it is to the Top 40. Why this took so long is baffling. END_OF_DOCUMENT_TOKEN_TO_BE_REPLACED

The two tracks on Anduela Keku’s new EP Climatic Rock take listeners through a seemingly barren wasteland, a space defined by monotony, with nothing to focus on but the road ahead. END_OF_DOCUMENT_TOKEN_TO_BE_REPLACED