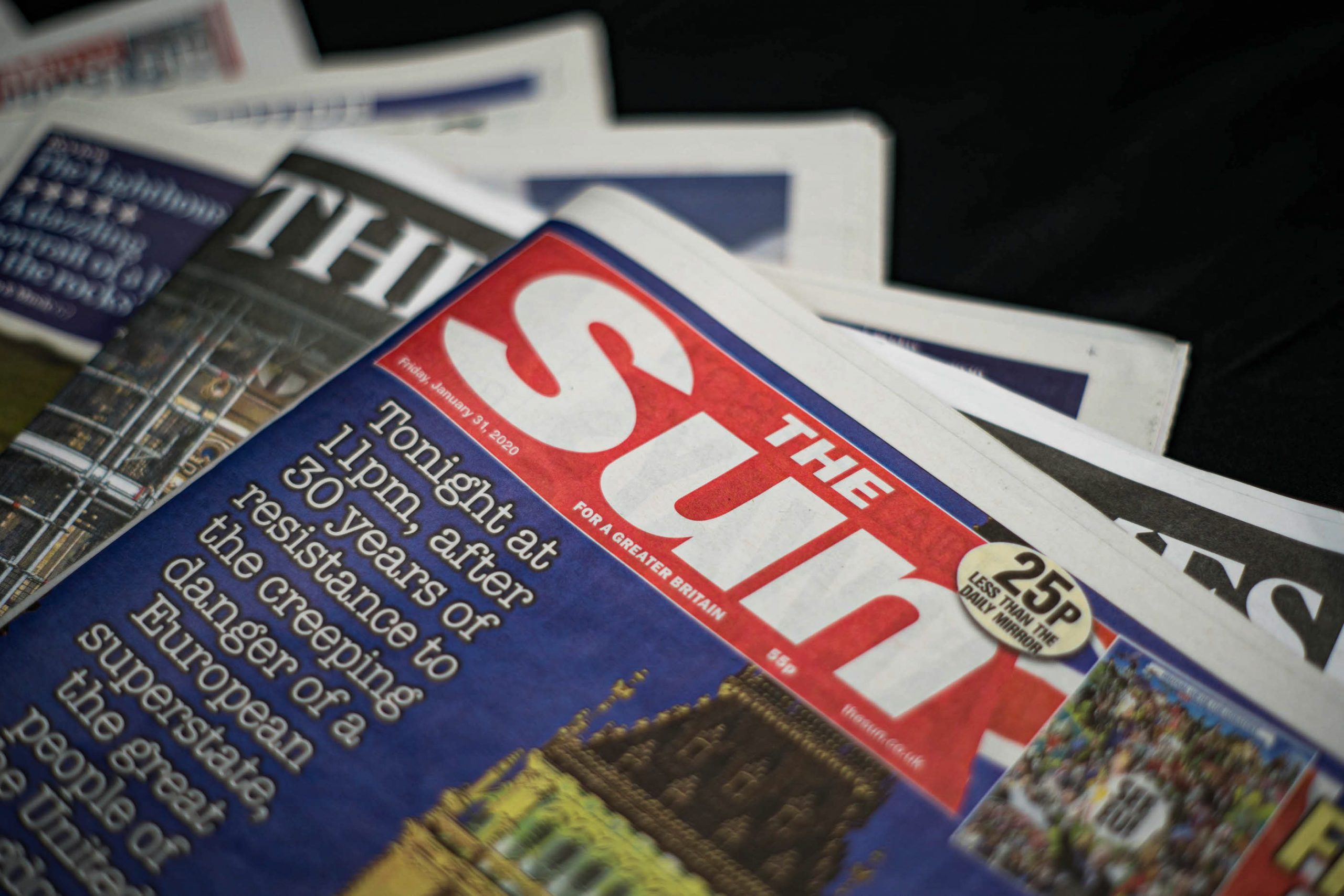 The Sun has helped define public discourse for 50 years. However, it is now in trouble.

Earlier this month Rupert Murdoch marked down its value to zero. The newspaper that once had 5 million readers per issue has reported pre-tax losses of more than £200 million in 2020.

This was a huge moment in British media and it was barely recognised in the mainstream media. The Sun’s former parent newspaper The Daily Mirror has even overtaken it as the most read UK tabloid.

This may shock some people, but it’s not a sudden change in fortune. The Sun’s readership has been in gradual decline for many years, facing stiff competition from freemium newspapers like The Metro and even tougher competition online.

The COVID-19 pandemic has helped to hasten the paper’s decline. This was clear in early spring 2020 when The Sun reported losses of £68 million. The paper cut jobs to save itself. People began to talk as if it might be all over.

Most people consume their news online and buying a newspaper has become something of a novelty. But, once the pandemic struck, the tabloids lost a lot of the novelty sales that they have used to keep going. This could mean terminal decline for papers like The Sun.

The Hijacking of British Journalism

The Sun is far from alone because its story is really the story of the British tabloid press. However, the story is stranger than many people assume. Go back fifty years, and ‘tabloid’ was not a synonym for right-wing gutter journalism.

Despite its reputation, The Sun was originally a social-democratic, Labour-supporting broadsheet. The International Publishing Corporation (IPC) launched The Sun in 1964 to replace The Daily Herald. Its target readership was the progressive middle class.

If The Sun had continued on this course and been successful, the newspaper might have become a centre-left alternative to The Guardian and The Observer. It could have been a part of a very different media ecology. But it was not meant to be.

Although The Sun had 3.5 million readers when it launched, its circulation soon began to fall and reached 1.2 million readers – the low point that the Herald had reached before it was wound up.

The IPC opted to sell The Sun rather than continue to absorb losses, but it had to make a difficult choice. The IPC could either sell to Robert Maxwell or Rupert Murdoch.

Murdoch had just bought The News Of The World and had reignited the Profumo scandal by republishing Christine Keeler’s diaries. The Australian tycoon was new to the British establishment. He offended the aristocrats who had grown comfortable with post-war welfarism.

And yet the threat of Murdoch was not understood at the time. The British press barons, and trade union movement, were much more suspicious of Bob Maxwell (and not undeservedly).

The Fleet Street printing unions pushed for the IPC to sell the paper to Murdoch. He had pledged to not cut jobs and continue to support the Labour Party. It wouldn’t be long before he broke both promises.

Murdoch imported a style of right-wing journalism popular in Australia. This style came out of the Australian newspaper wars, where rival publications duked it out for the readers. The result was a much more aggressive, vulgar media culture.

Few people saw Murdoch coming. The Mirror feared it was losing its position and began to try and beat The Sun at its own game. However, it could never quite pull it off. This just confirmed to readers that the real deal was a lot raunchier. But it was about to get much worse.

Thatcherism By Another Name

Murdoch saw himself as a renegade fighting against the British establishment. He wasn’t wrong insofar as he was a right-wing opponent of the welfare state and wanted a leaner, meaner state capitalism. He used The Sun to advance this agenda.

The Sun had become the dominant tabloid in the country in 1978 – just in time to help Margaret Thatcher become PM. The right-wing Labour government was floundering and had run out of ideas amid an IMF bailout and widespread strikes.

Editor Larry Lamb penned a 1,600-word leader calling on Sun readers to vote Tory. No doubt it helped tip the balance in favour of Thatcher, who would soon return the favour. Lamb was rewarded with a knighthood, and Murdoch got to buy The Times. The post-war press was crumbling, and Murdoch was remaking it in his own image.

By the mid-1980s, The Sun was able to do away with the trade unions that had helped build it from below. Murdoch crushed the Wapping print unions in 1986. He had cultivated the support of the Thatcher government for years and could rely on state support in the form of a strong police presence.

The Wapping strike was a turning point in British media history. It was the defeat of the print workers that helped transform Fleet Street. Not only did the mainstream media move towards greater automation, British journalism moved into a post-industrial age.

By this point, The Sun had come a long way from being a social-democratic Labour newspaper in the 1960s. The tabloid was cheering on Thatcher at every turn. It even published false claims that HIV could not be contracted by heterosexuals.

But the most notorious moment in The Sun’s ignominious history came in April 1989: Hillsborough. The tabloid ran a front cover story demonising Liverpool football fans amid a disaster in which 96 fans died.

Editor Kelvin McKenzie made the decision to run the story and wrote the headline himself. It included false claims that Liverpool pickpocketed the dying and urinated on police officers. Many Liverpool newsagents still refuse to stock The Sun because of this disgraceful front-page story.

Nevertheless, The Sun continued to grow nationally. It peaked at more than 5 million readers in the 1990s. It seemed like Murdoch was unstoppable. He could use the newspaper to make and break prime ministers. He used to support Thatcher, destroy Neil Kinnock and usher in New Labour.

At the same time, popular Thatcherism is dead. Economic stagnation has created a vast number of disaffected voters who want political change. Much of this energy has been captured and rearticulated through neo-nationalist projects such as Brexit, however, the younger, angrier voters need somewhere to go too.

The days when he could use The Sun to make and break prime ministers may be over. However, the sad truth is that there is a vibrant ecosystem of right-wing media. The demise of The Sun will merely confirm that it has been overtaken by social media and alternative websites.

Photograph courtesy of Cartridge Save Images. Published under a Creative Commons license.

Not many newspapers begin life like The New European.  END_OF_DOCUMENT_TOKEN_TO_BE_REPLACED

It’s remarkable how candidates in the Tory leadership race have channelled Margaret Thatcher. Especially as they’re barely old enough to have experienced her policies. END_OF_DOCUMENT_TOKEN_TO_BE_REPLACED

The Russians have struck Odesa again, this time mere hours after reaching a deal with the Ukrainians. Though spared the worst of the war, an attack on Odesa is an attack on the best of Ukrainian and Russophone culture alike. END_OF_DOCUMENT_TOKEN_TO_BE_REPLACED