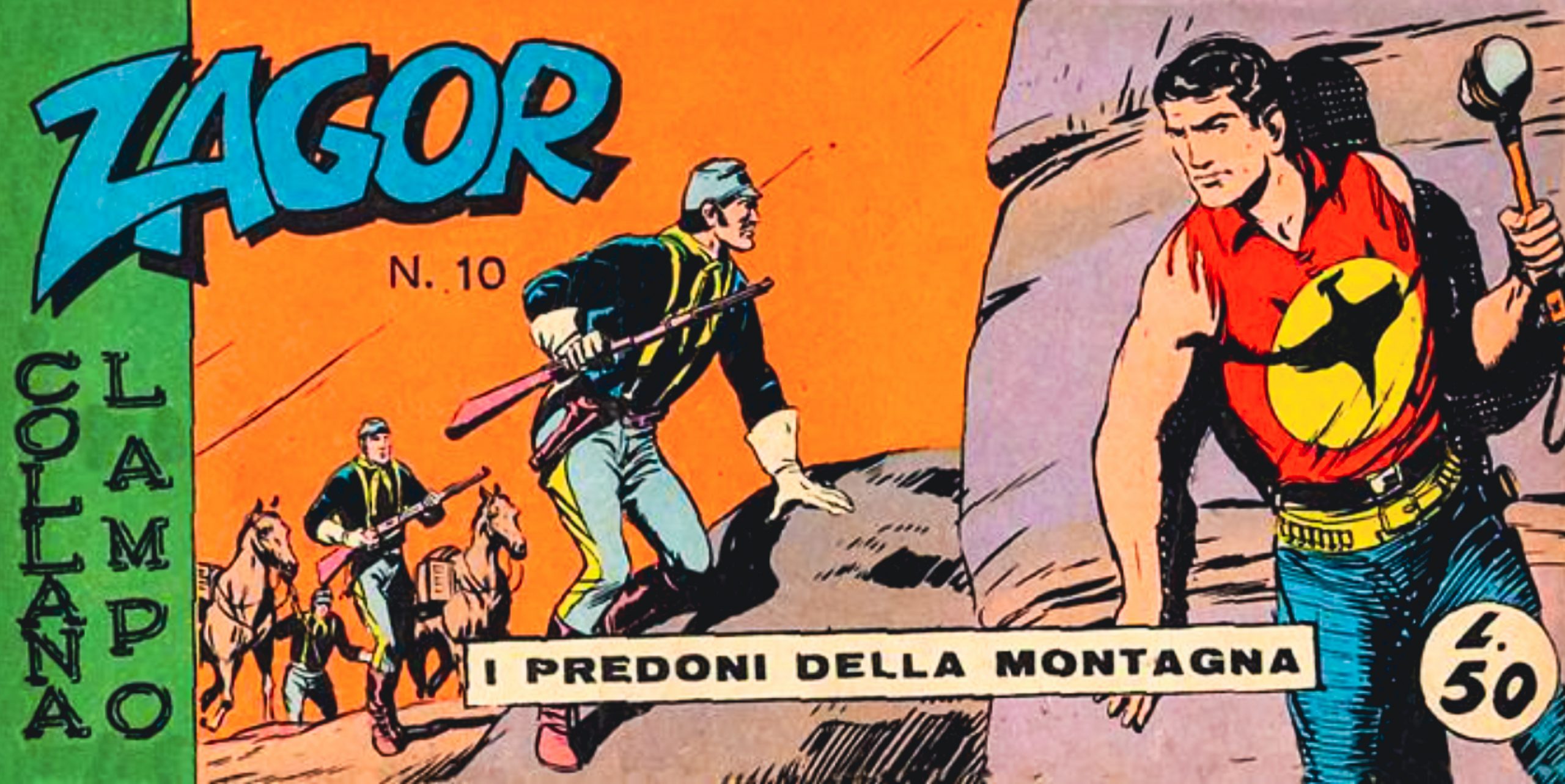 Happy 60th Birthday to my favorite comic book character: Zagor.
It’s because of Zagor I started reading comics and my life would be very different without him.

I can’t wait too see what the future holds in store for him. #Zagor #comics pic.twitter.com/8KrOtKwiyC

The first issue of Zagor was published on 15 June 1961 by the Italian publishing company Sergio Bonelli Editore.

The comics were initially produced by Sergio Bonelli (1932-2011) under his then-pseudonym Guido Nolitta and the illustrator Gallieno Ferri.

Over the years, 722 issues of the series were forged by dozens of other writers and artists.

Ferri drew the majority of the front pages for the comics series and became a legend in the fan community. His death in 2016 triggered an outpouring of grief and tributes. Zagor’s weapon, the stone hatchet, was added to Ferri’s funeral wreath.

The main characters of the comics are the musclebound American Zagor, whose nickname is short for a Native American name “Za-Gor Te-Nay” (The Spirit With the Hatchet), and his inseparable Mexican sidekick Chico.

Being able to recite Chico’s name in full — Felipe Cayetano Lopez Martinez y Gonzales — was a sort of passcode within the fan subculture. Zagor’s given name, Patrick Wilding, was only recalled in a handful of issues.

The series was initially cast as a Western set in the first half of the 19th century. Zagor’s stomping ground was the imaginary region of Darkwood, somewhere between Pennsylvania and Michigan in today’s United States.

Zagor soon began disregarding the boundaries of genre – a habit that undoubtedly contributed to the longevity of the series.

The Bonelli publishing company put out a range of special editions of classic and new Zagor issues this month to mark the 60th anniversary.

Big in Yugoslavia and Turkey

Whilst Yugoslavia was a communist country, the Yugoslav-Soviet split of 1948 ensured that its citizens enjoyed much greater access to popular culture from the West – especially next-door Italy – than the countries behind the Iron Curtain.

This applied to books and films, but also Italian comics, whose authors achieved cult followings.

The first Zagor comics in Yugoslavia were published in 1968 and quickly achieved widespread acclaim thanks to a licensing deal between Bonelli and the Novi Sad-based Dnevnik publishing company.

By 1990, Zagor, Chico and other characters from the series were firmly established as household names.

After the breakup of Yugoslavia, several local publishers in successor states continued publishing Zagor’s adventures. The most notable of these are Veseli četvrtak (Joyful Thursday) of Serbia and Ludens of Croatia, which continues publishing to this day. The comics are regularly distributed to other former Yugoslav neighbours.

During the 1960s and 1970s, Zagor was also published in Turkey and Greece, Israel, and Austria.

Zagor was so popular in Turkey that he inspired two feature films, Zagor kara bela (Zagor’s Dark Trouble) and Zagor kara korsan’in hazineleri (Zagor and Black Pirate’s Treasure), both of which came out in 1971. Fans have made both films available online.

Departure from the ‘White Saviour’ model?

Zagor is a kind of superhero, but besides unusually high levels of fitness and impressive dexterity, he has no special powers. As such he is closer to Lee Falk’s The Phantom, Tarzan and Batman than to Superman or Spiderman. His life mission is to fight for justice, promote peace and defend innocents from oppression.

Racism and slavery were graphically depicted and the series regularly mused on the consequences of colonial genocides.

“Zagor is for the most part is a naïve, childish, cliché-packed and not too intellectually challenging comics series with many abominations. But among those over 600 stories there are about 10 which can be considered masterpieces of sequential art.”

Characters evolved from stereotypes into more layered human beings. This development was especially visible in the female characters.

Zagor himself transitioned somewhat from a ‘white saviour’ of American Indians, as writers allocated more agency to supporting multiethnic characters.

As with the Marvel Universe, the virtual world of Zagor crossed over with other Bonelli series, such as Martin Mystère and Dragonero.

In recent years, there have been attempts to promote Zagor on the comics market in the USA.

One crossover is with DC superhero Flash.

Davide Gianfelice, an Italian artist participating in that project, has been sharing some of the panels on Twitter:

This article originally appeared in GlobalVoices and is reprinted with permission. Photographs courtesy of Meta.mk. Published under a Creative Commons license.

Korean-German philosopher Byung Chul-Han is the quintessential postmodern figure. Having to come to Germany to study metallurgy, he switched fields and mastered the argot of German philosophy. END_OF_DOCUMENT_TOKEN_TO_BE_REPLACED

François Truffaut’s  The 400 Blows is one of cinema’s all-time classics, the 1959 film that demonstrated how deftly a new generation of French critics could transform themselves into the filmmakers of la nouvelle vague. END_OF_DOCUMENT_TOKEN_TO_BE_REPLACED

Everyone has something to say about the violence at the 2022 Oscars, whose host called “the greatest night in the history of television”. END_OF_DOCUMENT_TOKEN_TO_BE_REPLACED