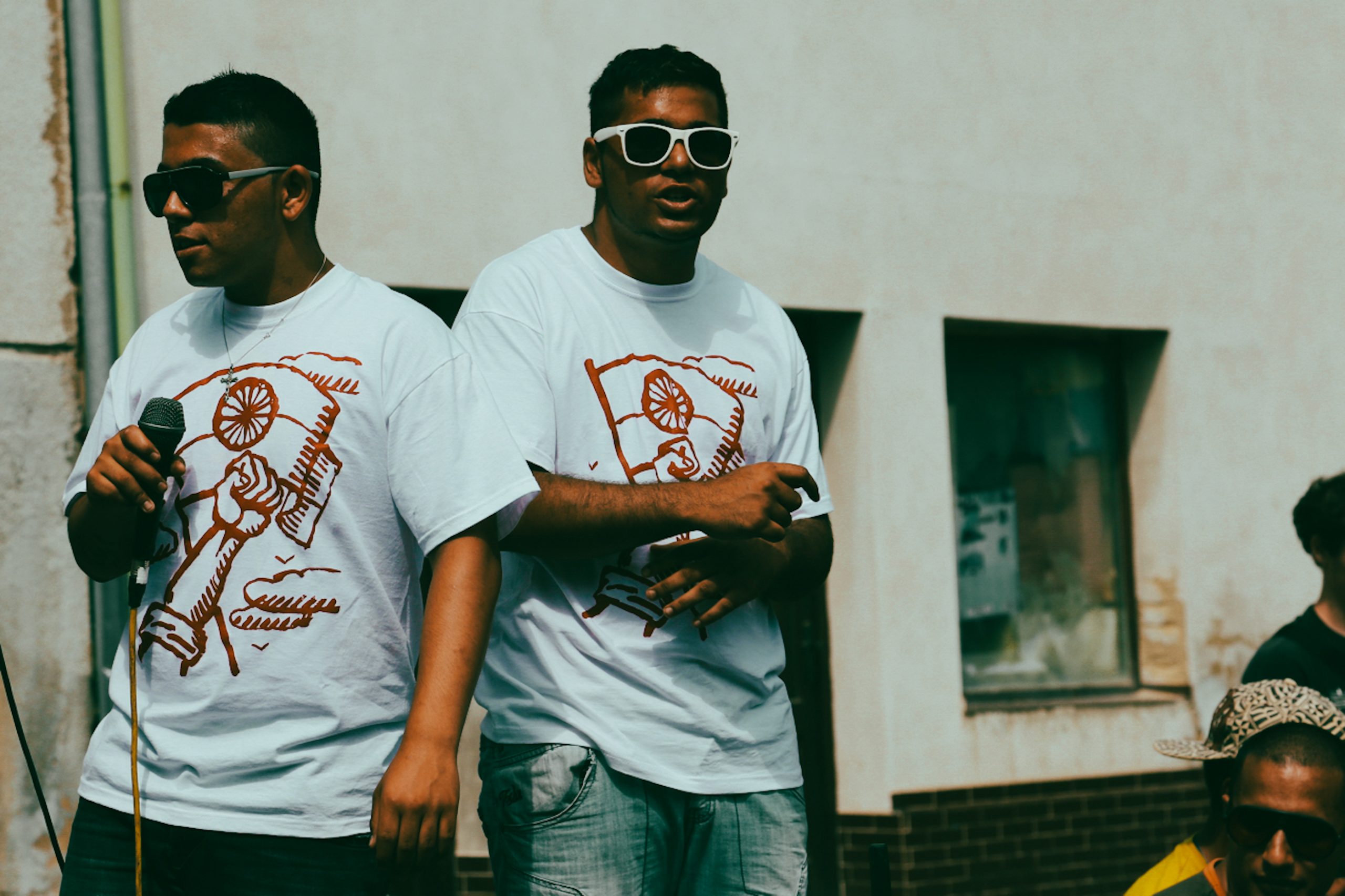 However, despite their marginalisation, the Roma community continues to have a huge social impact and are extremely prominent in the Czech music scene.

Elmira Lyapina spoke to Roma musicians about their experience of racism and the borderless nature of music.

The Social Exclusion of Roma

Anti-Roma discrimination made the headlines in June after a Romany man was killed by the police.

The death triggered a wave of turmoil and protests within the Roma community as some Roma media compared the conflict to the murder of George Floyd.

Although the courts ruled that the police were not responsible for the man’s death, the case drew attention to tensions between the Czech majority and the Roma national and ethnic minority.

A very moving vigil organised by @Roma_Voice for a Roma man murdered by Czech Police in a manner chillingly similar to George Floyd.We stood united against anti-Roma racism and vowed to never let the enemy forget his name: Stanislav Tomáš. #AbolishThePolice #justiceforstanislav pic.twitter.com/CbJGEON1Xu

These tensions are nothing new, particularly when it comes to Czechia’s social and cultural dynamics. For example, the Council of Europe (COE) recently noted that many European school programs fail to acknowledge the Roma people in their curricula and many historical accounts related to the Roma are unobjective or incomplete and fall prey to stereotyping.

In its 2020 report, the COE recommended that Czechia address the ongoing discrimination and prejudice against the Roma people by including their history in school textbooks and addressing the issue of propaganda and false information about Roma online.

The council also warned Czechia regarding the lack of advancement on its Roma language programs, where elementary and high schools were supposed to offer Roma language classes.

These initiatives are part of a twenty-year plan to protect Roma people and Travellers and fight against racism, intolerance, and social exclusion.

A June 2021 poll showed that 70 per cent of respondents expressed antipathy toward the Roma.

Despite the unpopularity of the Roma, prevailing public opinion considers them a very musical community.

We have no problem with fusion. We not only play Romani-Gypsy folklore, but also a lot of Latin music, Balkan music (Kusturica or Bregovič), Russian Gypsy music, Polish songs, funk, soul, and of course evergreens such as Bésame Mucho.

Roma music is a favourite among the general public, and world-famous Czech classical composers like Karel Bendl or Antonín Dvořák often included Roma melodies in their work. In recent years, Roma music has been broadcast on almost every radio station, due to the popularity of the French Gypsy Kings and Czech-American band N.O.H.A., who are famous for their Roma-Latin style.

In the Czech music scene, there are a significant number of musicians of Roma origin, but they mostly play mainstream idioms.

Czechs are a rock nation. Chinaski, Kabát — these are the leading Czech musicians, who are listened to by almost every Czech. Jan Bendig, (a) musician of Roma origin, is probably the only one who has established himself out of many Roma people.

On the Czech scene, you can see and hear musicians of Roma origin, but they do not sing Roma music. They are musically assimilated with Czech taste.

While live festivals often feature Roma or Gypsy musicians, they are not included in most mainstream media.

Miko reflected on the issue:

Czechs perceive our songs positively. They even sing along with us at our concerts. However, when we tried to promote our music on radio, even through commercial channels, they refused to play “black music”, due the fear of losing their listeners. They only play our old songs if there is some “great” occasion.

Czech people invite us a lot, but privately, to their celebrations. We also play a lot at festivals. However, on the Czech market, (our music) is hard to get, and I know it is due to our nationality. We’ve given interviews to Czech TV and radio, but they didn’t want to promote us in any way.

Both note that the peak of acceptance of Roma music in Czechia was in 2004, when the Gypsy Kings visited the country. But widescale discrimination continues to exist, including media discrimination, and it can be hard to find work and housing.

We travel a lot in Europe. We lived in France for a while. When we compare the attitude, in Czechia, at the official level, there is a different relationship with the Roma than, for example, in France or even in neighbouring Slovakia. Privately, Czechs love us. But political discourse does not always benefit society.

When asked what Roma musicians need to be treated as equals in Czechia, Emil “Pupa” Miko replied:

I think it will take time to change the mood. The mentality and the way people with different skin colors are perceived, is comparable to the US, now.

We played for over ten years in orphanages. When we play, what I’m most interested in are the reactions of children. If a child is interested in something, it is immediately recognisable. Adults can lie, but children will not. It is important to stay positive, and Roma music is positive.

This article originally appeared in Global Voices and is reprinted with permission. Photograph courtesy of Daniela Kantorova. Published under a Creative Commons license.

Adrestia are one of the most important hardcore bands in Sweden today. END_OF_DOCUMENT_TOKEN_TO_BE_REPLACED

The Forde Report represents a new stage of the malaise afflicting the Labour Party. END_OF_DOCUMENT_TOKEN_TO_BE_REPLACED

Everyone’s going to Poland. Not just from Ukraine, but Western Europe. END_OF_DOCUMENT_TOKEN_TO_BE_REPLACED