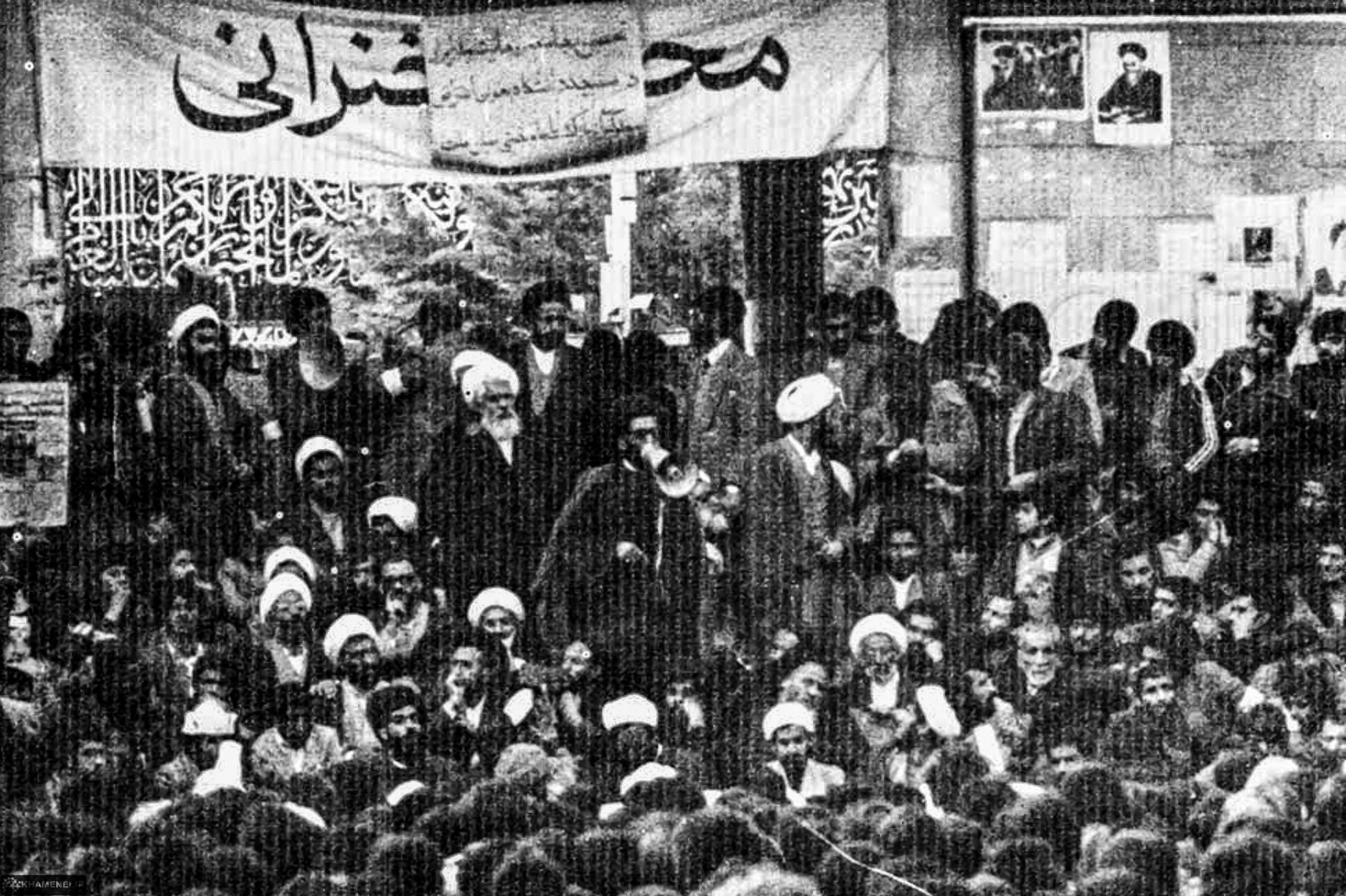 Sitting with my family, facing our shortwave radio, the sounds slowly took over the room, overwhelming us with the anarchy it was broadcasting.

It was November 1978. Protests had broken out at the University of Tehran, and students had been fired on by the Iranian army, igniting a citywide revolt.

I can’t recall how many nights we spent listening to reports like these. They became a ritual in our household. The Islamic revolution was a big deal in Israel.

Following Turkey, Iran was the second Muslim country to recognise the Jewish state, in 1950. Given its regional isolation, losing it to Islamists heralded the next phase of Israel’s wars.

From fighting Hezbollah in Lebanon and bombing the Revolutionary Guard in Syria, to sabotaging nuclear reactors with computer viruses in Iran, the future was embryonic in these radio shows.

They weren’t just news broadcasts, either. This was BBC radio at its height, delivering some of the most carefully crafted mixes of field recordings and political commentary I’ve ever heard.

The immediacy of the recordings was audible in spite of their low fidelity, making you feel a part of the proceedings. The presentation was so immersive, it was like you were there.

That we were listening to these broadcasts in the Middle East, in a not unfamiliar setting to that of Tehran, in a suburban home with marble floors and high ceilings, underlined how close it all was.

More than anything else, it was the details in the recordings that stood out. Unlike a lot of news radio and podcasts today, these were analog recordings, made without compression.

You could hear everything that was going on, even if you couldn’t identify what the exact sounds were. Because of the narrative, whether they were footsteps or shouting, they made sense.

When the recordings proceeded to combine these with more obvious sounds of crisis, such as sirens wailing or explosions, the colloquial and the extraordinary became one and the same

This wasn’t anything unusual for the time. One of the fascinations of 1960s and 1970s broadcast media that remains is how journalists managed to create work like this.

Radio was the place where, more often than not, what would now be considered avant-garde approaches to news production got worked out.

A lot hinged on the similarity between ethnography and broadcast journalism. There was still a strong documentary aspect to this kind of broadcasting, without the exoticism of travel reportage.

To my young ears, this was what news is. Though I could read by then, and did – my parents subscribed to Haaretz and the Jerusalem Post – I found it much easier to listen to the World Service than read.

What made it all the more compelling to me was its sonic quality. It came across like early rock recordings. The crackling and distortion of shortwave broadcasts, in particular.

The noise accentuated the drama we were hearing, making everything sound that much more profound. I looked forward to listening to the BBC every night just for that.

That was, until, one evening, an Iranian cousin joined us for dinner. After we ate, my step-brother turned on the radio and we listened. The fighting was more intense that night and many were killed.

Our cousin – a woman in her mid-forties, who had grown up in Tehran, burst out sobbing. The mix of her grief, with what we were hearing in the city’s streets, brought it all home.

I’ll never forget that listening experience. It made me appreciate how moving the sounds of radio reporting can be, to people who personally connect with it.

Granted, radio meant more back then than it does now. It was more central to how people consumed news than it is today, so their ears were more attuned.

Working in international media the last decade, particularly television news, has only served to heighten my appreciation of how much is edited out now, both sonically and visually, than before.

That’s one of the reasons I find myself increasingly drawn, as a journalist, to field recordings. A genre largely associated with environmental sounds, its focus on detail contradicts the media zeitgeist.

Though the focus is sound, it’s a perfect metaphor for demystifying the complexity of everything else – politics, culture, technology. You name it.

Detail is everything. As a photographer once said to me, it’s the opposite of blindness. The more you appreciate it, the harder it is for someone to lie to you.

As a journalist, that’s something I take to heart. That’s why, for the last decade, in particular, I’ve forced myself to carry a digital recorder wherever I go.

I’m also a gearhead. Any excuse I can get to try new kit, like cameras and portable digital recorders, I indulge. Since both are integral to my work, I can do so periodically, within reason.

My approach to photography and sound is very similar. It’s all about capturing moments in time that isolate something significant and tells an important story.

But with field recordings, I find ways of capturing details that I can’t as a photographer.

Part of it is due to the fact that I can hear details more accurately than I can see them.  And part of it is because of my subject matter.

I always capture people making noise, often music, in the street, or at a demonstration. The content is always political, but not always didactic.

Like with street photography, I prefer to capture sounds that are politically significant, but not explicitly about politics.

Moving to London in 2008, I decided that the best approach would be to start recording everything around me and find the order in it after.

The context in which I found myself – living two blocks from Brixton Market – was an ideal place to start. Digital recorder in hand I’d sweep it for sounds.

I spent the better part of eight months going in and out, making field recordings. Though I’ve only published two pieces to date, it was an ideal place to figure out my approach.

Few places in the UK are as representative of the country that exists today, in all of its diversity, than the market I recorded. It was a perfect place to try and sonically capture it.

Hence, “Brixton as Genre”, on This is What Europe Sounds Like. Featuring a man repeating the names of bass music genres over and over again, for a Scala gig, you get the idea.

“Drum and bass, dub, roots and culture,” he says over and over again. All genres of music which of course I love, but all stemming from the experience of minority life, of empire.

Repeating a genre name over and over again wasn’t just an advertisement, but a statement of fact. Of community, and of survival, by way of promoting an Abba Shant I gig, at Scala.

The United Kingdom would never have played host to these idioms if it weren’t for immigration from its former colonies. They’re a mirror to that history. This recording would reflect that

Not on its own, of course. The piece would only make sense if it was heard in the context of other statements and performances by outsiders, often asylum seekers.

That’s why I included it as the last piece on the album. It sums up all the other performances everyone else gives until then, but ends before the repetition gets old, at 1:39.

That’s the sort of detail I learned to appreciate, listening to the World Service broadcasts I was raised on. The BBC’s coverage of the Iranian Revolution drilled that into me like none other.

Britain didn’t leave much to be admired in its former colonial holdings, like Israel. But at least the kids of its former subjects, like me, got something from their state broadcasters.

Joel Schalit’s cousin Hannah was the last Hebrew-language announcer for the BBC. Photograph courtesy of Wikimedia. Published under a Creative Commons license.

The conflict between Russia and Ukraine continues with no end in sight. END_OF_DOCUMENT_TOKEN_TO_BE_REPLACED

Some websites make the news, others make headlines. END_OF_DOCUMENT_TOKEN_TO_BE_REPLACED