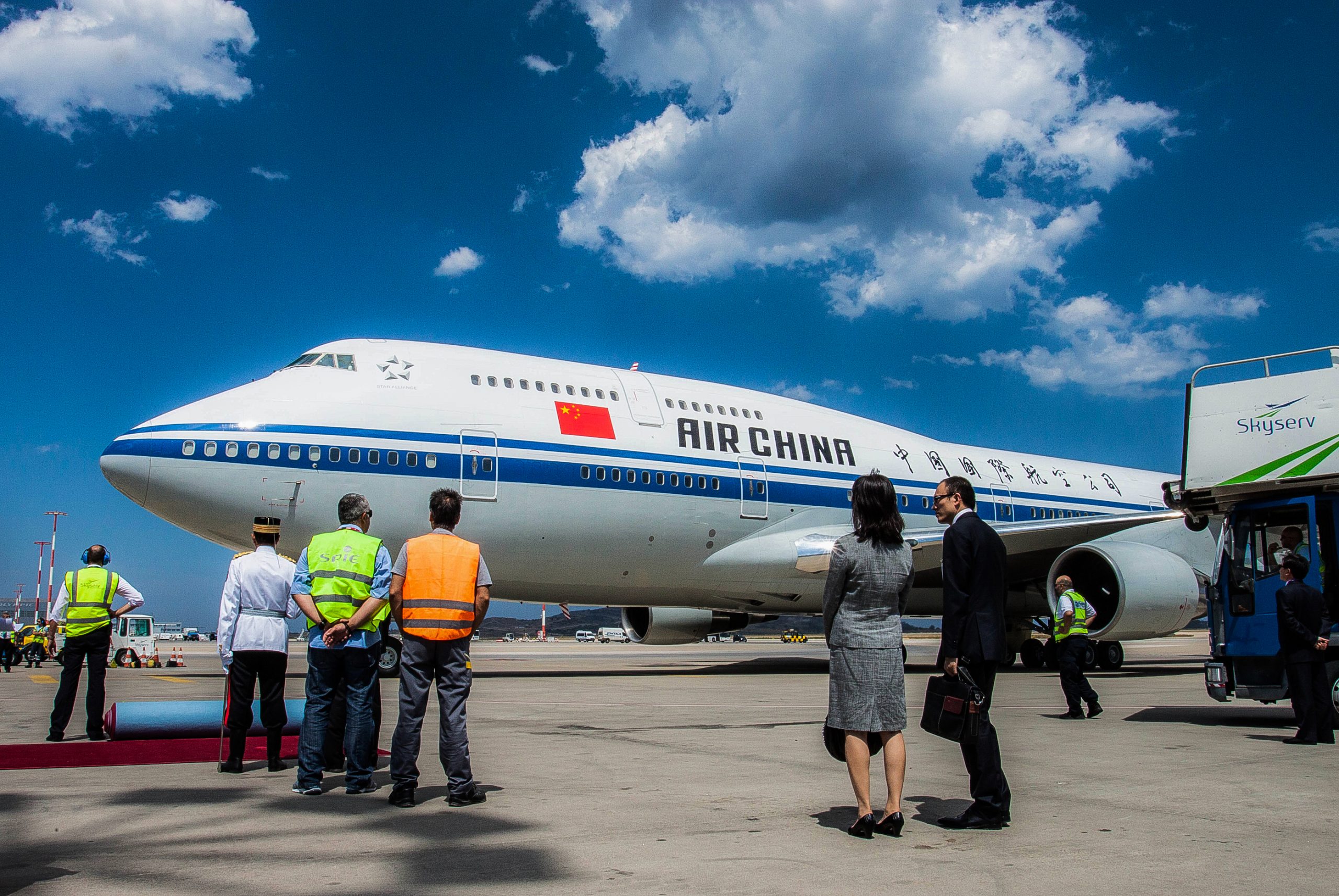 Greek and Chinese energy and telecommunications firms have worked closely together over the past two decades. But there are tensions and setbacks in this economic relationship, and the two countries’ media tend to narrate events quite differently.

A March 2021 report by a Greek think-tank tried to map this discrepancy.

Sino-Greek Relations in Greek and Chinese Media, 2020, released by the Institute of International Economic Relations (IIER) is a comparative analysis of media in Greece and China in 2020 and early 2021, based on an estimated 600 media items.

The material was drawn from a range of prominent Greek media (in English and Greek), and English-language Chinese outlets such as Xinhua, China Daily, and the Global Times. To a lesser extent, the report also engaged with social media content.

Piraeus in Greek and Chinese media

Unsurprisingly, most references to China in Greek media in 2020 are related to COVID-19, and rarely mention Sino–Greek relations.

However, 90 per cent of news items on Sino–Greek relations in the Greek media, which make up around a third of total China-related coverage in Greece, are about COSCO’s activities in Piraeus.

This makes sense. COSCO’s investment is arguably the most critical part of the Belt and Road Initiative in Greece. Despite Greek government support for a continued relationship, this investment is also a source of occasional tension in Sino–Greek relations.

The Chinese shipping giant owns 51 per cent of the Piraeus Port Authority. During the Greek debt crisis of the 2010s, COSCO was regarded favourably by successive Greek governments, which were keen to show they could attract foreign investment.

Chinese officials, on the other hand, were (and likely still are) eager to signal internationally that, in Greece, they have a reliable business partner in the European Union.

Broadly speaking, there are currently two sources of tension regarding COSCO’s involvement in Greece.

First, COSCO hasn’t lived up to its contractual obligations to deliver investments. These obligations were due in August 2021 and would have allowed COSCO to acquire an additional 16 per cent stake in the port.

The Chinese company, however, expects to receive that 16 per cent anyway.

Following an agreement with Greece’s privatisation fund that involves COSCO providing some form of guarantees, the company will likely get its additional stake this year, pending approval by the Greek parliament.

The second issue surrounding COSCO’s presence in Greece is that many — including labour unions, opposition parliamentarians, local politicians, environmental groups, and businesses — disagree with its policies in Piraeus.

The IIER report argues that Greek outlets both friendly to and critical of the government tend to accurately describe these tensions.

While anti-COSCO rhetoric may be more pronounced in opposition-affiliated media in Greece, pro-government outlets may also openly criticise the company.

An article in liberal.gr, for instance, claims that even if COSCO were to acquire 100 per cent of the company managing the port, issues with the “the broader business community of Piraeus” (Global Voices’ translation) would persist.

Developments in Piraeus have also been covered in a positive light by the Greek media, giving voice to COSCO’s perspective, which is that Greek bureaucracy is at the source of delays.

But the IIER report says there is “no reference to friction in the Chinese media”, as it would be “an ‘irritant’ that affects negatively the Piraeus ‘success story’, which was built meticulously over the past decade or so”.

There are references in Chinese-language news media to some of the difficulties in Piraeus, but they are very rare.

Plamen Tonchev, the author of the IIER study, told Global Voices that there was not enough time to delve into Chinese-language media, but insisted that it is really the English-language media that would be more pertinent to understanding a global Chinese communication strategy.

“Through these [publications] China can promote a ridiculous impression that Greece and China are long-lost first cousins enjoying a happy reunion several millennia later, thus concealing some of the thornier issues in the relationship,” he said.

In early April 2021, Zhang Qiyue, China’s ambassador, announced that she was returning to China. This event does not appear to have made it into the Greek press or mainstream broadcast media, but there are several references to it in lesser-known online outlets, including in an article by Tonchev himself.

While there is no indication as to why Zhang left Greece, Tonchev believes that she was recalled. He told Global Voices that significant tensions came about from a lack of progress in implementing COSCO’s mandatory investments in Piraeus, in conjunction with other indications of worsening Sino–Greek relations.

“Events like these in Piraeus may be the trigger,” Tonchev said. “But there are several issues, including the exclusion of Chinese companies from tenders in energy investment and Greece turning down a Chinese request to host the 17+1 summit in 2022.”

None of these issues, he added, have been addressed in the official Chinese media, which are intent on promoting an image of harmonious collaboration with Greece.

Another subject that does not appear in the Chinese media surveyed is that of the Greek Golden Visa Program, which grants a residence permit to a non-EU national who has made a purchase of over 250 thousand euros in real estate. Beneficiaries of the program have been overwhelmingly Chinese.

Greek media did publish negative reports on Chinese applicants who were scammed by middlemen or who faced bureaucratic obstacles in completing their purchases. A Vice investigation also discussed this at length, though it was not cited in the IIER report. But, according to that report, the issue was not covered at all in the Chinese media. The author elaborates:

“A possible explanation for this obvious discrepancy would be that a growing number of Chinese applicants for Golden Visas in Greece and other EU member states are effectively abandoning their country, and this points to an emerging trend in Chinese society that national authorities may not be comfortable to discuss in public.”

The IIER report points out that Greek news media have no correspondents in China. Chinese media, meanwhile, only report on the positive side of Sino–Greek relations.

When Global Voices asked whether this could result in blind spots for policymakers in Greece, Tonchev said that Greek and Chinese decision-makers do not only rely on press coverage.

“But it cannot be precluded that Greek decision-makers may be influenced to a certain extent by the invariably positive Xinhua stories republished by Kathimerini more than once a week,” he said. “These reports in English-language Greek media have raised many an eyebrow in foreign embassies in Athens.”

Tonchev estimates that, if the Greek parliament ratifies the new agreement with COSCO over the next few days, China is likely to immediately name its new ambassador, in time for the launch of the Greece-China Year of Culture and Tourism.

This event was scheduled to start in May 2021 but was pushed to September. Incidentally, the IIER report also finds that only 1.39 per cent of Greek coverage of Sino–Greek relations touches on cultural ties.

“Trade is growing between the two countries, but there are fewer prospects for collaboration in fields other than shipping and energy,” Tonchev says.

“From now on Chinese state-owned companies are not likely to get large contracts of the Piraeus scale,” he adds. “In this context, cultural activities, an easy and cheaper form of cultivating ties, will become more important over the coming years.”

Too Big to Cover was originally published in Global Voices and is adapted with permission. Photograph courtesy of Nikos Patsiouris. Published under a Creative Commons license.

Not many newspapers begin life like The New European.  END_OF_DOCUMENT_TOKEN_TO_BE_REPLACED

It’s remarkable how candidates in the Tory leadership race have channelled Margaret Thatcher. Especially as they’re barely old enough to have experienced her policies. END_OF_DOCUMENT_TOKEN_TO_BE_REPLACED

The Russians have struck Odesa again, this time mere hours after reaching a deal with the Ukrainians. Though spared the worst of the war, an attack on Odesa is an attack on the best of Ukrainian and Russophone culture alike. END_OF_DOCUMENT_TOKEN_TO_BE_REPLACED