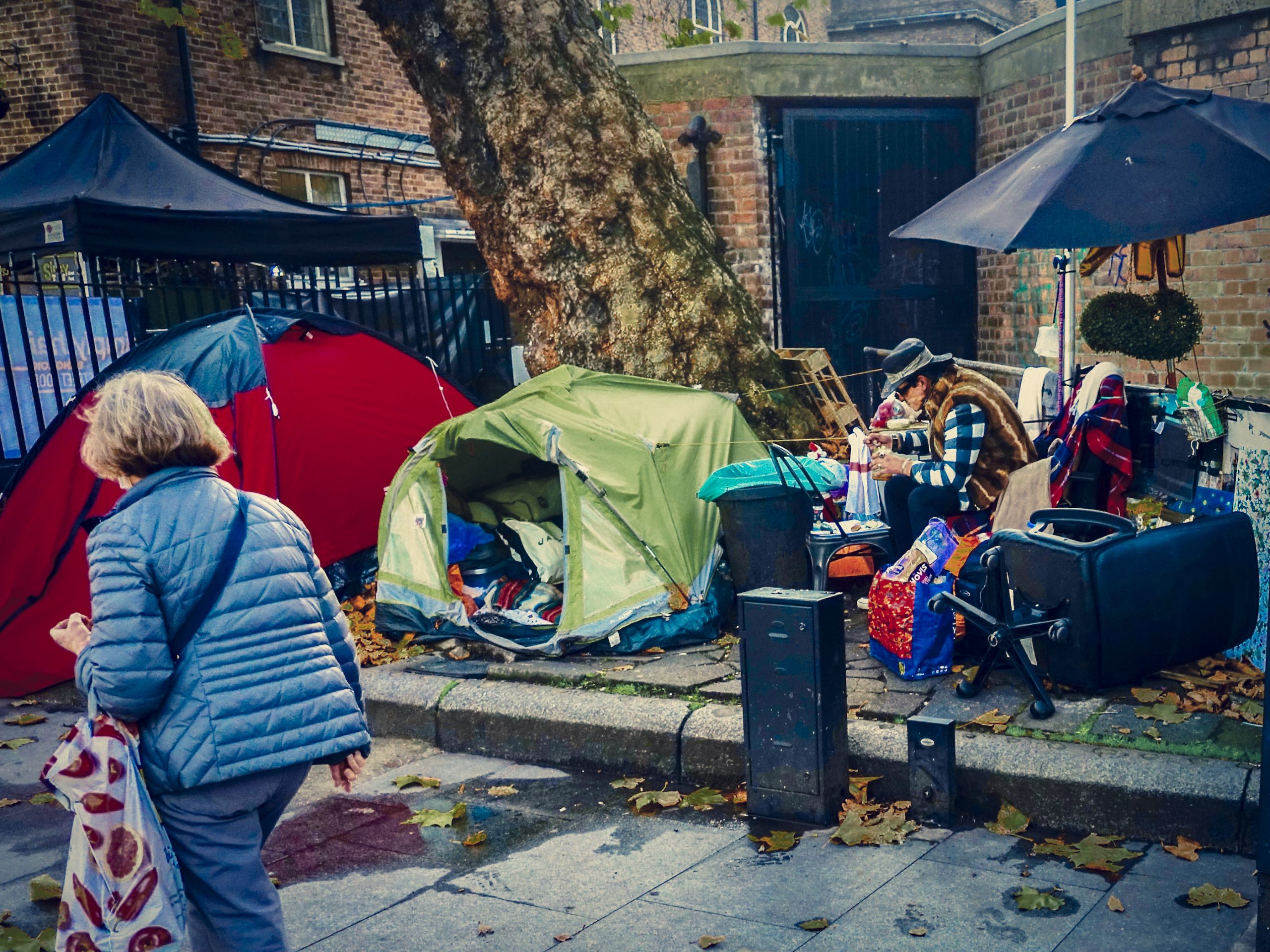 Up to 15 million Britons live in poverty. London, November 2020.

It’s easy. Unemployment can kill you. It can set back your life. It can wreck your mental health.

Some people never recover from a long spell of being jobless. But it’s easy to cut benefits.

I was 25 when I first applied for universal credit. It was the summer of 2016. I lost my low-wage job at a media start-up just after the Brexit referendum. It was a depressing summer.

I got my first payment in September and I was told I was entitled to £434 a month, just £21 a week after rent. I was lucky to be living in a small, cheap room at the time, but I couldn’t pay my bills let alone get by in London on £21 a week.

A friend of mine who worked as a support worker advised me to call up the office in Scotland and ask for more money. I did so and managed to get my benefits increased to £717 a month, or £91.75 a week when you deduct the rent.

I got by on this pitiful amount of money for several months, though I still had to dip into my meagre savings. Eventually, I got a new job as a researcher in April 2017. The job was a fresh start, and it turned my life around.

But this is not the accepted narrative about life on benefits in Britain.

Instead, we’re told we’re a nation of scroungers and layabouts. People on benefits are scapegoated as parasites feeding off of ‘hard-working families’.

Britain’s yellow press has a lot to answer for.

Every tabloid in the UK runs stories on benefit ‘scroungers’.

The classic story is about a couple with a dozen kids claiming tens of thousands of pounds in social assistance. The point is to give readers the impression that this is the norm.

Once you dig a bit deeper and do the maths, you find that the Smiths have 10 children and claimed £44,500 in benefits to cover all their bills and living costs.

However, more than half of their benefits package was just to cover the cost of living in a bed and breakfast.

That’s right. The local council had put the family in a B&B because there were no affordable properties available – at a cost of £960 a week in housing benefit or £46,000 a year.

The rest of the benefits includes £140 a week in child benefits, £120 a week in disability living allowance, £53 a week carer’s allowance and £527 a week in tax credits and £30 a fortnight for income support.

What else is missing from this story?

Furthermore, Peter was Sam’s carer because she is disabled. So he could not hold down a full-time job or he would have to pay out for her care full-time (on top of child care costs).

Nevertheless, the outrageous headline fed into the mass perception of benefits claimants as scroungers raking in tens of thousands of pounds. This is at the expense of hard-working people.

Right-wing newspapers have fuelled this perception to build up support for slashing benefits and pushing many people into deep poverty.

This in turn helps suppress wages for most working people because it raises the competition for jobs.

It’s as if the tabloids are owned and run by people who do not share the interests of working-class people.

This country is owned and run by the rich. It’s not news to any socialist, but you’ll never read that in The Daily Express and other tabloids.

Approximately 15 million people are living in poverty in the UK. But estimates can rise as high as 22 million.

More than 4 million children were in poverty before the COVID-19 pandemic hit.

Meanwhile, there may be more than 2 million pensioners living in poverty, including more than one million in severe poverty.

It’s clear there is a serious problem and this is one of the richest countries in the world.

The problem was highlighted briefly by the free school meals scandal, where the Tory government outsourced feeding children from low-income households to private companies.

The result was families being given loose change bags containing meagre chunks of tuna.

This is nothing new. Many parents living on benefits have to eat less so that their kids can eat or have presents at Christmas.

It’s common to choose between keeping the house warm in winter and other necessities like food. The pandemic has only made matters worse.

More than half of people in work in the UK could not work remotely during the pandemic in 2020. More than a million jobs have been put in the firing line after the furlough scheme ends.

Where is the fury? Nowhere. Because the middle classes are complacent and content to work from home and wait for their Amazon deliveries.

The state moved swiftly to safeguard their jobs and their homes. So they don’t care if some kids don’t get fed.

The Conservative Party has to keep a cross-section of constituencies complacent to hold the balance of power.

But the truth is that the Johnson government might as well be an occupying power for millions of working-class people.

The Tories are cynical in their attacks on benefit claimants, just as they are when they go after immigrants.

This is a class war, except only one side is fighting most of the time.

All you have to do is read Britain’s tabloids to see how it’s being waged.

The sudden reset in Russia relations has thrown everything up in the air. END_OF_DOCUMENT_TOKEN_TO_BE_REPLACED

After two months of war, the Kremlin is finally owning up to the crisis it’s caused. END_OF_DOCUMENT_TOKEN_TO_BE_REPLACED