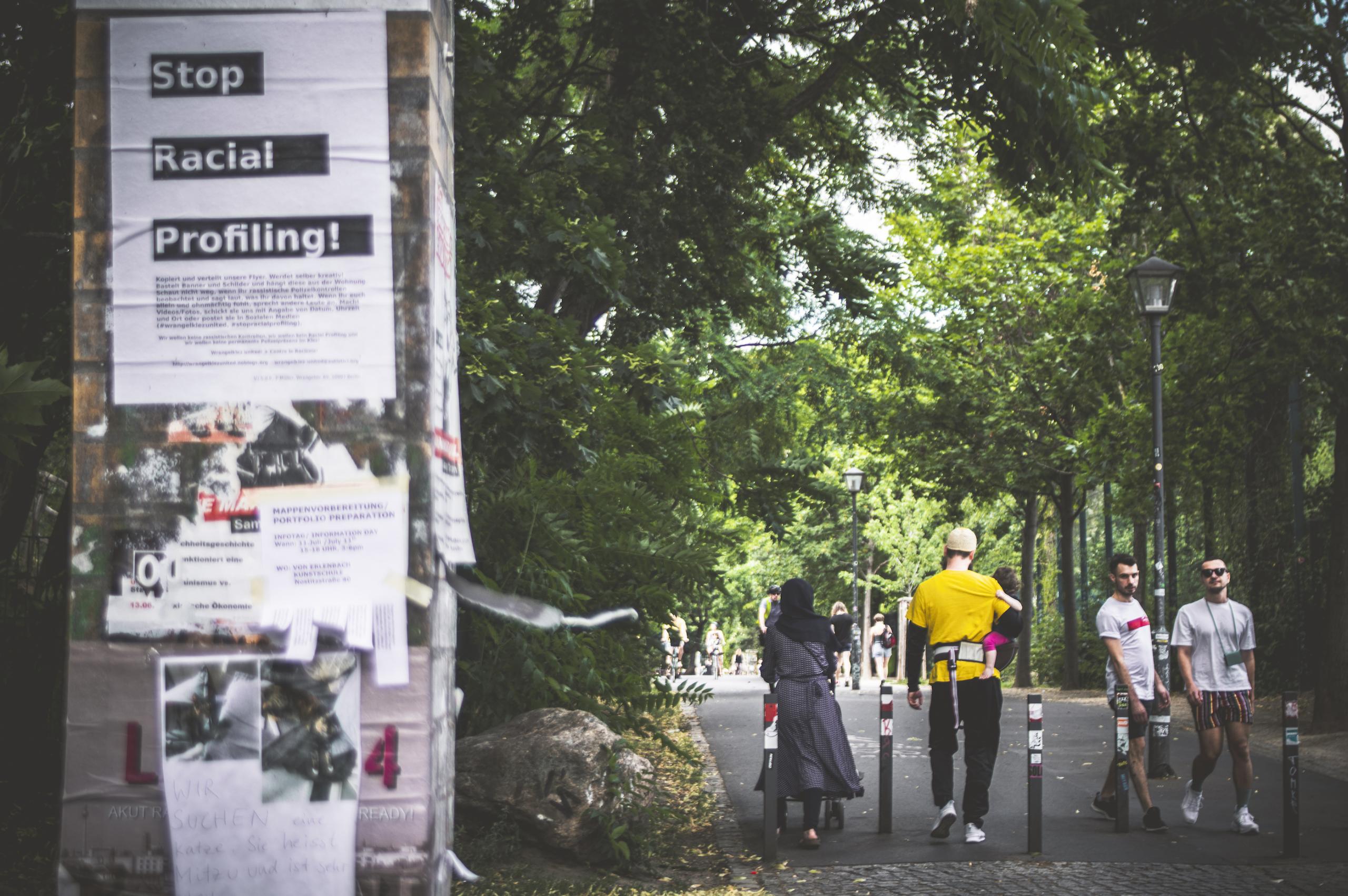 The story made headlines at the end of September because it was so ludicrous.

How could someone accused of such crimes be allowed to vanish like that? Furchner had warned the court “she did not want to come” but it did not anticipate that, given her age, she would attempt to flee.

By itself, the report was not so interesting. Elderly Germans who participated in the Holocaust, are prosecuted with some frequency, irrespective of their advanced years. On the surface, this was not that different.

However, ten days later, following revelations on social media that a Jewish musician was refused service at a hotel for wearing a star of David, Furchner’s escape felt very contemporary, as though it was part of the same story about the persistence of Antisemitism.

Only a weak state, ambivalent about prosecuting the far-right, could preside over an overall scenario like this. One of the last trials of Germans who had carried out Hitler’s genocide was delayed because the judiciary did not think twice that the accused might be a flight risk.

The lack of planning spoke reams about judicial enthusiasm trying Furchner, as though waiting this long, to prosecute someone guilty of such a huge crime, didn’t problematise the impact of such proceedings already. Of course, she could have been jailed earlier. This felt like a formality.

The same could be said about the preconditions demanded of Gil Ofarim, to check in at a Leipzig hotel. First told to put his Magen David away by one employee, another had informed him that he could get his room if he hid his necklace. No wonder it took seventy-six years to charge Furchner.

There’s no conspiracy there. As many German civil rights advocates will tell you, the security services and the judiciary often drag their heels when it comes to prosecuting fascists and neo-Nazis. Efforts to stamp out Antisemitism are subject to the same logic.

But, because the government is outspoken about its efforts to protect Jews and atone for the Holocaust, it creates a veneer of tolerance that conflicts with the political echelon’s inability to take effective action against racism and encourage respect for multiculturalism and democracy.

This contradiction is increasingly coming to a head, as Angela Merkel’s sixteen-year tenure as chancellor winds down, lauded by domestic Jewish organisations for her support of the Jewish community and her government’s efforts to educate the public about Jewish history in Germany.

As welcome as Merkel’s efforts have been, hate crimes are at an all-time high and Jews figure prominently in the crisis. In January of this year, the government reported 2,275 hates crimes were committed in 2020, the highest number since they started being tabulated by the police in 2001.

This speaks poorly of the German government’s antiracism efforts, and the effectiveness of its programs to promote tolerance towards Jews, such as the 1700 Years of Jewish Life in German-Speaking Lands campaign. If anything, escalating hate crimes indicate they’re irrelevant.

One of the lessons of the Holocaust that remains vital, and applicable to fighting all forms of racism, is that xenophobia remains bound up with German politics and institutions in ways that transcend state efforts to combat discrimination and encourage tolerance.

Just look at the strength of the overtly racist and antidemocratic political party Alternative für Deutschland, as one example. A nationalist party like that, whose leaders routinely sound off against all minorities, not just Jews, should be legally barred from participating in politics.

Yet, the AfD is the fourth largest party in the Bundestag, and the most popular party in Germany’s eastern länder, previously part of the Communist DDR, which, ironically is often said to have been stronger in its de-Nazification efforts than the Federal Republic during the Cold War.

Hence, what happened to Gil Ofarim. Two weeks before, the far-right party won the largest amount of votes in Saxony for a second time, helping further normalise the kinds of attitudes that would demand of a minority like him that he hide his religion in exchange for a hotel room.

The fact that the former communist half of the country could deteriorate like this is obviously instructive. Whatever we construe as de-Nazification in Cold War Germany, it never successfully implanted an ethos of tolerance in either half that made minorities equal to white ethnics.

No amount of hectoring of Germans, for the crimes of the Holocaust, managed to do that, even under the auspices of communism. The ex-DDR’s reversion to nationalism has been in keeping with that of other former Soviet bloc states, too, such as neighbouring Poland and Hungary.

That liberal, post-Nazi Germany would have to suffer such indignity is instructive. We often forget it is part of Central Europe, some parts of the country being ideologically closer to it than others. If the Third Reich existed today, Germany would seem more at home in that continuum.

The ex-Warsaw Pact should have been different. Socialism ideally accommodates diversity through equalising class relations, rather than emphasising that all cultures are equal. Given the intense nationalism that followed the collapse of the Soviet bloc, state socialism failed on that score.

It would not be until the 1960s, at the end of the colonial era, and the beginning of mass migration to Western Europe from the Global South, that many of the fallacies of post-fascist European politics would similarly come to the fore, with the rise of far-right, anti-immigration politics.

There, European states continue to find themselves stuck, struggling, for the last generation, with enormous nationalist movements seeking to take over from neoliberal conservatives, who have repeatedly mismanaged their economies since the global downturn began in the early 2000s.

The significance of the populist revolt is that its overt nationalism has magnified many of these outstanding issues regarding tolerance and diversity, and why they were not properly broached, even in the most social-democratic of European states, after the Nazis were defeated.

Germany, of course, remains the paradigmatic case in point, given its culture of Holocaust remembrance and state antipathy to Antisemitism. On the surface, its commitment is indisputable. But dig a little deeper, and the situation in civil society is often the exact opposite.

Racism and Antisemitism remain routine and illegal, but they continue to influence politics and security policy all the same, consistently colliding with the laws and the cultural programs meant to contain them. This is the predicament that diversity in Germany finds itself in today.

Hence, the significance of denying a hotel room to Ofarim because he’s Jewish. A child of an Israeli father, who immigrated to Germany in the 1960s, the thirty-nine-year-old musician is paradigmatic of the crisis befalling Jews and their families who returned after the Nazis.

We do have a certain degree of state support to be in the country, and we are continuously encouraged by government rhetoric that Germany is our home, that we have a history here. But that bears little to no relation to the sorts of discrimination we encounter in everyday life, like this.

As awful as it seems, what happened to Gil Ofarim is more common than it is not. Every minority in Germany has such experiences, at one time or another, and more than once, if not repeatedly. The only reason what happened is such a big deal is because he’s Jewish and spoke out about it.

That’s why ageing Nazis like 96-year-old Irmgard Furchner can just pick up and go when they’re due in court. Imagine what the situation would have been if she’d been an Islamist awaiting trial for running a truck through a Christmas market. She’d have been in detention, or under watch.

Remember, Furchner is accused of having helped murder 10,000 people. That is the essence of the problem, and why, in a liberal democratic context, Germany still has a long way to go towards being a country where civil rights come first and not ethnicity. It’s not rocket science.

The conflict between Russia and Ukraine continues with no end in sight. END_OF_DOCUMENT_TOKEN_TO_BE_REPLACED

Some websites make the news, others make headlines. END_OF_DOCUMENT_TOKEN_TO_BE_REPLACED