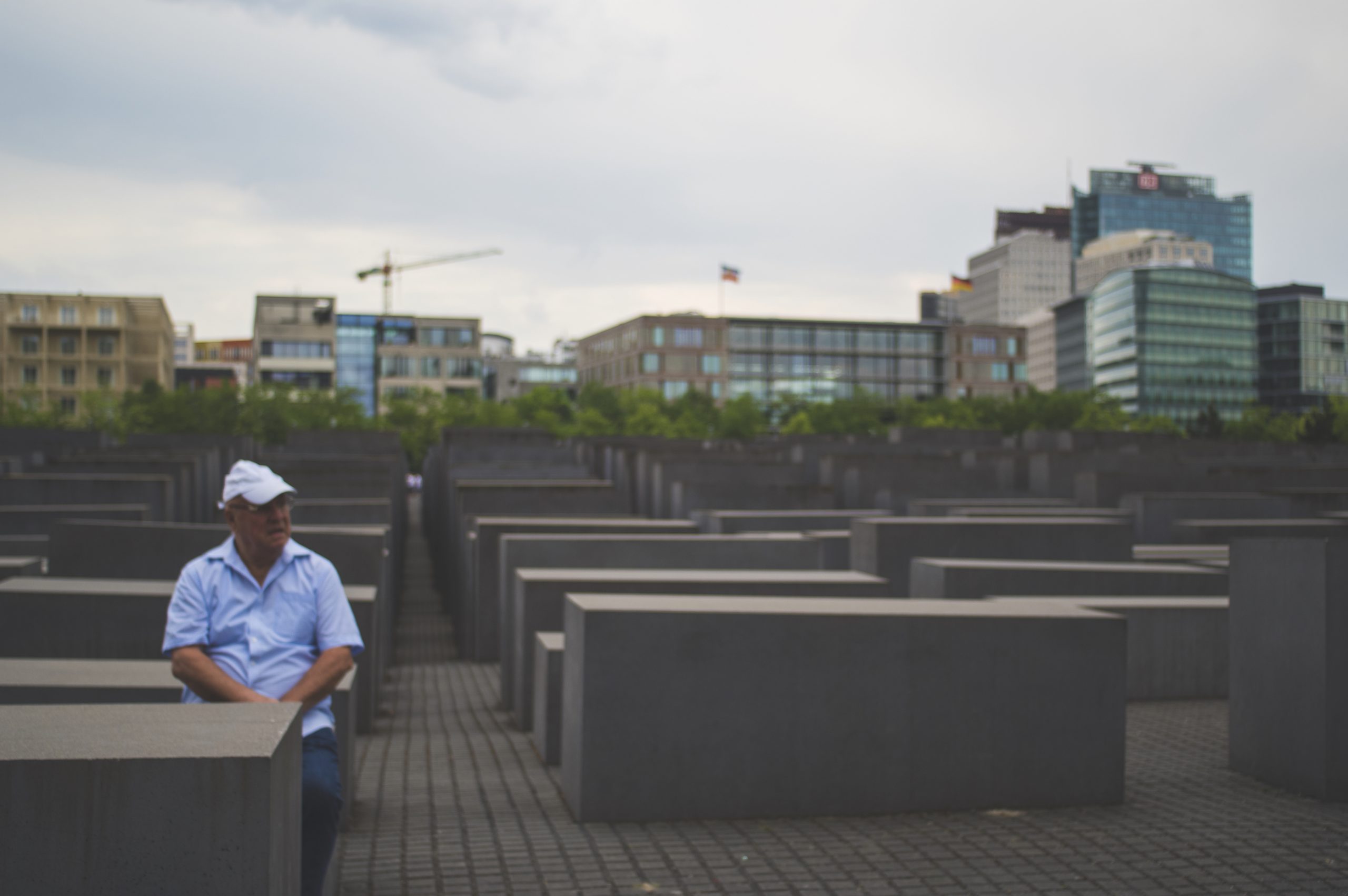 No government in Europe is as outspoken in its criticisms of Antisemitism as that of Germany.

Throughout her tenure, Angela Merkel and her ministers have rarely missed a beat.

Whether it’s the far-right or the left, or Islamist extremists, the government is quick to denounce, Judeophobia and protect Jewish institutions.

If anything, it could emphasise right-wing racism more. Depending on who you talk to in Germany, a lot more.

However, no country in the European Union makes as much of a concerted effort to denounce racism against Jews. It’s something to behold.

The reasons are historical, a consequence of the Holocaust, in which 6 million Jews were killed.

This is something that is always expected in the Jewish community, given the number of people murdered and the continuing effects the Nazi genocide has on our descendants.

Letting the remaining survivors and their families know you reject what happened, that it will never happen again, helps in the healing process. That’s what atonement is supposed to do.

As scandals continue to multiply about neo-Nazis in the security forces – take, for example, the recently unearthed June cop workout, replete with weaponry, at Berlin’s Holocaust memorial – German government agencies are by no means agreed on rejecting Antisemitism.

Whether it’s being accused of ethnic profiling or cavorting with right-wing extremists, the police are the most consistently criticised for remaining sympathetic to Nazi racism.

While there are Germans who would say no to this, that Jews are mostly exempt from this, that it’s Muslims who are the objects of this hate, the logic remains the same.

A state cannot tolerate discrimination against a particular ethnic or religious group, and not expect it to also apply to others.

Hence, the frequent instances of German police officers and special operations teams getting caught sharing literature and ideas from the Third Reich in online chat groups.

It may be a proxy for poor white cops to express resentment against migrants, but it starts with Roma and Jews. And, as recent examples illustrate, still ends there, too.

Armed police doing push-ups on simulated Jewish gravestones at a Holocaust memorial, anyone? The significance of the display is transparent.

For a monument frequently satirised for banalising the Holocaust, due to its ground-level accessibility to pedestrians, doesn’t mean it is still not a monument to genocide.

Armed police officers, working out in a graveyard equivalent, send the signal that the police ultimately don’t care about Jewish dead.

For officers of the state, charged with protecting Germans, irrespective of their ethnic and religious background, that’s a terrible signal to send.

It may not be something that the cops have particularly thought out, but racism is like that. It’s impulsive and dehumanising. Just like it always has been.

Germany is the one country where, because of the Nazi genocide, law enforcement officials ought to be more sensitive to such issues than others.

To think that somehow, because German heads of state are vehemently anti-Antisemitic and strong supporters of Israel, this can’t happen, is wrong.

Germany can be a country with Antisemitic security services, and a political leadership that says it it’s otherwise, at the same time.

What’s wrong is the cognitive dissonance over this in German culture. The ideological influence of the executive is incredibly limited. It’s not reflected in every state body.

German rhetoric about Antisemitism can be just as much about wanting a country where this is not the case, where citizens are considered equal and hate isn’t policy.

This is the reality on the ground. The government says one thing, but the security forces, and sometimes the judiciary in the various länder, get accused of something else.

Some of this is a legacy of the Allied occupation of the Western half of the country during the Cold War. And some of this is due to the conservative nature of Germany’s political establishment.

But that would be to reiterate something that The Battleground’s German coverage has said before. Denazification was a limited process that did not wholly reform German politics.

Particularly in regards to issues concerning diversity and tolerance. Including Jews, who, as white they may seem, are still considered outsiders in the same way Arabs and Turks are.

The nature of Antisemitism today, as it gets repeatedly expressed in incidents like the Berlin Holocaust memorial scandal, is far different than it was under Hitler.

Contemporary German Judeophobia is a consequence of the decline of the German nation-state, one which is blamed on a variety of sources, primarily Mideast immigration and EU integration.

Never mind the economic factors underlying the scapegoating, and the role that they always play in fostering ethnic and religious intolerance and discrimination.

From declining pensions to declining infrastructure, the last two decades have seen Germany undergo its own form of shock therapy under the guidance of neoliberal economic planning.

Though the German economy continued to grow during this time, its combined effects on a newly reunited country, trying to reconcile socialist and market economies, has been deadly.

Europe analysts often point to the resurgence of Antisemitism in Central and Eastern European countries like Hungary and Poland, as being due to such factors. The same can be said of Germany.

Even though Germans can claim better state protections from the market than most post-communist states, the turmoil the capitalist transition created has not been a recipe for tolerance.

Thus, it may be one thing to say Germans must internalise that what Hitler did to the Jews was bad and get over WWII.

But if the racism has different historical sources, than say unreformed fascist tendencies or Nazi nostalgia, this will fall on deaf ears.

Particularly if you recognise the upheaval in the former DDR caused by its integration in the West, under the direction of the Merkel era’s most influential finance minister, Wolfgang Schäuble.

Seeing one state business after another closed, while other Europeans and migrants moved into the country and take up lower-income jobs, has left a lot of Germans in need of scapegoats.

To think that such anger can be rational, and only about economics, is a Marxist pipe dream. Inevitably, prejudices from the past will return, in familiar clothing. Hence the resurgent racism.

The fact that it’s the police who end up taking it on the chin for being fascists is exactly the point. Whether of poor or DDR background, cops are still supposed to be the state.

If law enforcement is espousing politics like this, it reflects the fact that the lessons of de-Nazification, and the Holocaust, are getting undermined, if they were ever learned at all.

This is why it is so appallingly empowering for armed police to do pushups on Shoah monuments and why Germany needs to undertake something akin to a Denazification 2.0.

It may be more about neoliberalism than the Nazis. But at least the Hitler-referencing language highlights how serious the racism crisis is and why it is bad to happen after the Holocaust.

Obviously, anti-Antisemitism isn’t as convincing as it used to be. If it ever really was. What I wouldn’t do for a Germany that is as good at countering racism as it is criticising it.

Brexit will turn three on the last day of January, over six years since the 2016 referendum kickstarted Britain’s race to the bottom. END_OF_DOCUMENT_TOKEN_TO_BE_REPLACED

Be careful what you wish for. It may be a cliché, but it’s one the Greens are learning all over again. END_OF_DOCUMENT_TOKEN_TO_BE_REPLACED

Before his arrest, Andrew Tate was just another influencer with bad politics. END_OF_DOCUMENT_TOKEN_TO_BE_REPLACED